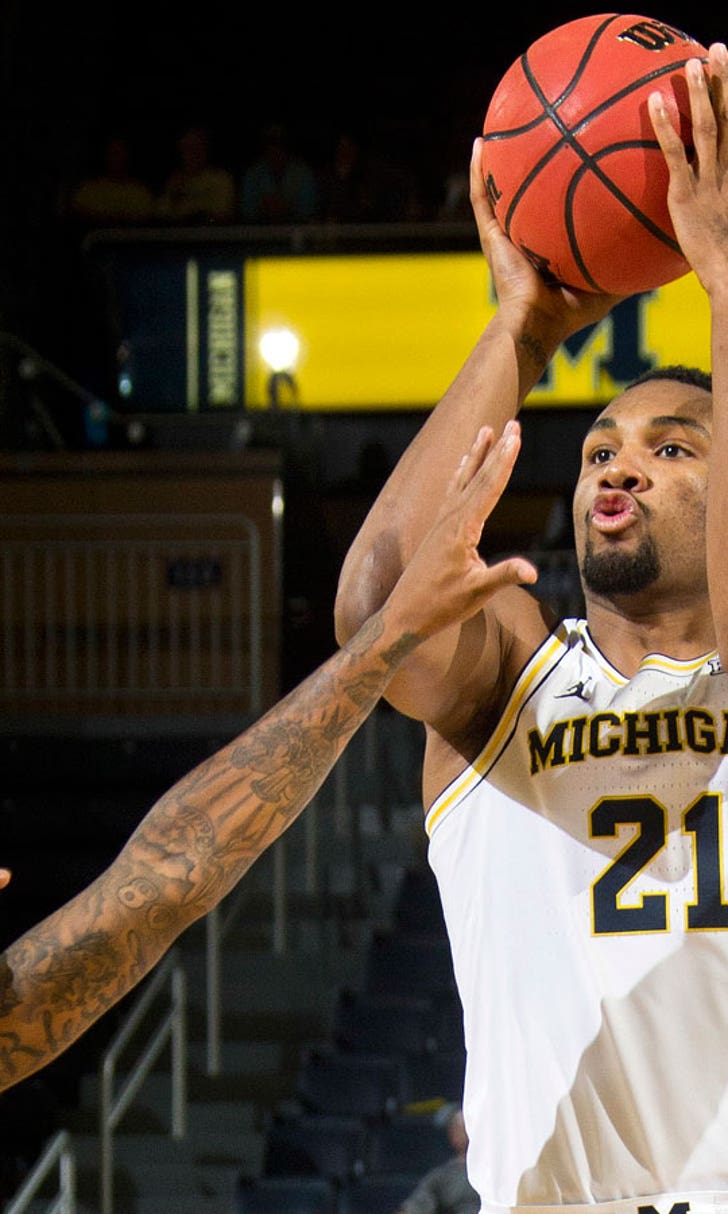 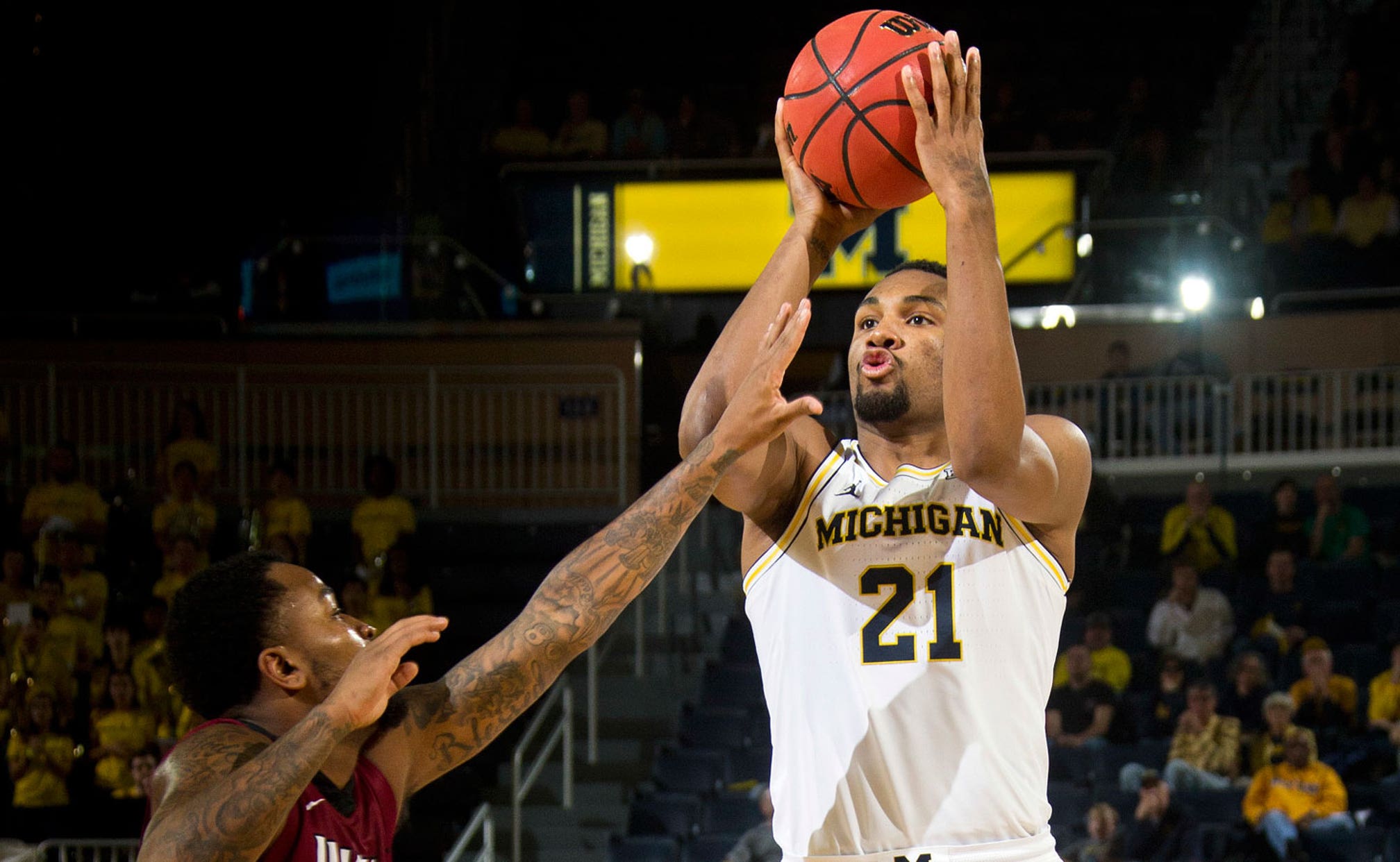 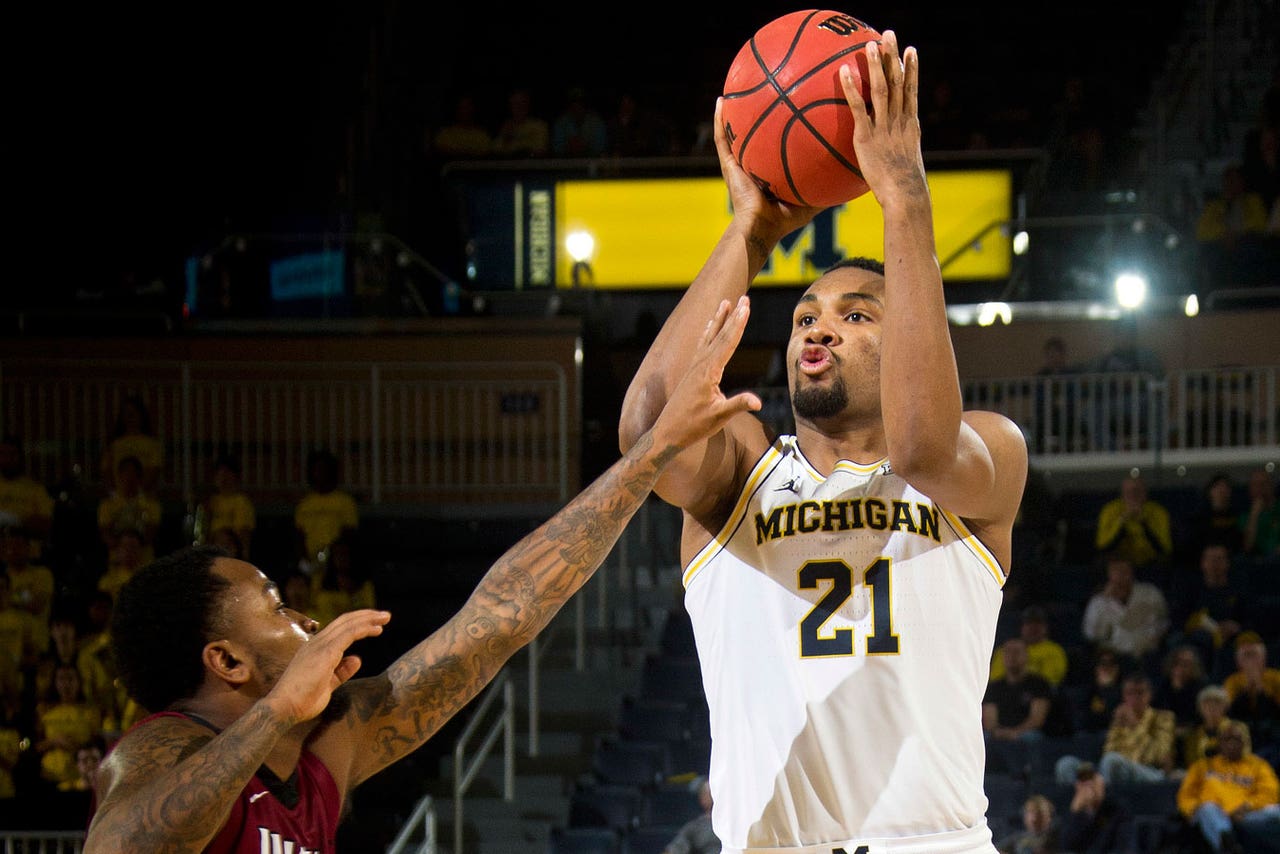 ANN ARBOR, Mich. (AP) -- About 37 hours after the end of the season opener, Derrick Walton was back on the court, ready for another tough game.

It's early in the season, but Walton is already logging major minutes for Michigan.

Walton had 13 points and six rebounds, and Michigan closed the first half strong en route to a 77-65 victory over IUPUI on Sunday. Walton played 36 minutes despite a left ankle he said was still a little stiff after he rolled it in Friday's season-opening win over Howard.

"I've got supreme faith in coach (John Beilein). I know he won't push me over my limit," Walton said. "We usually push the limit."

Zak Irvin scored 15 points for the Wolverines (2-0), who scored the final 13 points of the first half to take a 43-32 lead. They held on to win comfortably despite 22 points from IUPUI's Darell Combs.

"I'm proud of the boys," IUPUI coach Jason Gardner said. "To have a one-day prep, really almost like a walkthrough, and guys to be locked in defensively, I thought that was a step as far as showing growth."

Michigan trailed 32-30 before Abdur-Rahkman made a 3-pointer with 3:47 left in the first half. Baskets by Ibi Watson and Mark Donnal pushed the lead to five, and then Donnal added two free throws. Abdur-Rahkman and Irvin added baskets in the final minute to make it an 11-point game.

IUPUI: The Jaguars could have used more scoring from players other than Combs if they were going to make a serious bid for an upset in this game. Against Eastern Kentucky, Combs scored 28 points and none of his teammates had more than 11. It was a similar story against Michigan.

Michigan: The Wolverines are making things easy on themselves with their foul shooting. After going 23 of 26 from the line in the win over Howard, Michigan was 16 of 18 against IUPUI. It will be hard for the Wolverines to keep that up, but it's certainly an encouraging development for them so far.

Michigan backup D.J. Wilson finished with quite a line: seven points, 14 rebounds and five blocks in 30 minutes. Beilein is pleased with the versatility he provides on defense.

"D.J. Wilson is really changing the way we guard, where we can switch more because he can guard really five positions right now," Beilein said. "That's really going to help us."

Although Michigan shot a terrific percentage from the line, the Wolverines had only 18 attempts. That was an improvement for IUPUI, which allowed 56 free-throw attempts against Eastern Kentucky.

"I think we reached too much on Friday," Gardner said. "I think we were trying to be more mindful -- not reaching, not lunging."

IUPUI: Sunday's game was part of the 2K Classic, which benefits Wounded Warrior Project. The Jaguars host Howard on Friday as the event continues.

Michigan: The Wolverines head to New York to play in a 2K Classic semifinal against Marquette on Thursday night at Madison Square Garden.

Michigan Wolverines
share story
those were the latest stories
Want to see more?
View All Stories
Fox Sports™ and © 2020 Fox Media LLC and Fox Sports Interactive Media, LLC. All rights reserved. Use of this website (including any and all parts and components) constitutes your acceptance of these Terms of Use and Updated Privacy Policy. Advertising Choices. Do Not Sell my Personal Info