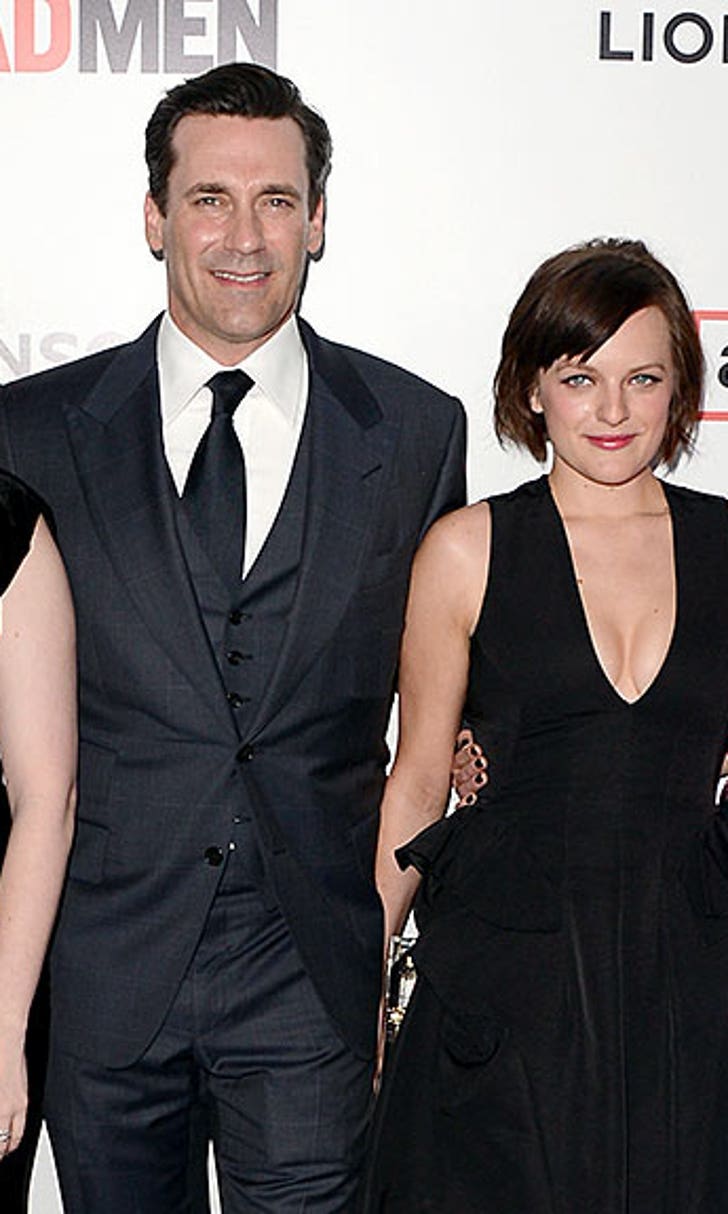 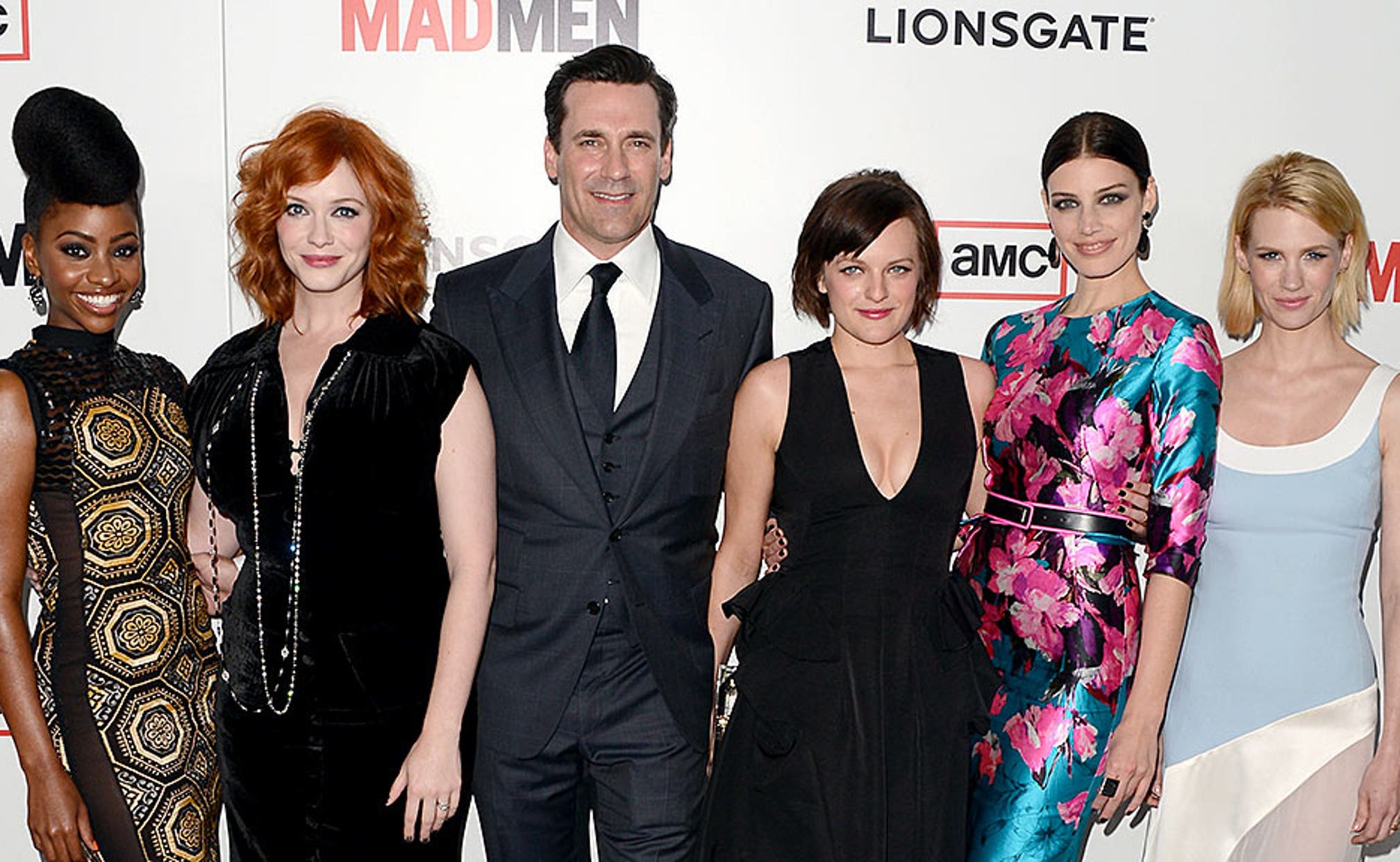 You think you're going to begin your life over and do it right, but what if you never get past the beginning again? (Pete Campbell)

AMC advertised at the end of last night's Mad Men -- entitled "New Business," -- we have just four episodes left until the finale. If that's the case, it's hard to understand exactly why so much time was wasted on such unimportant, irritating nonsense.

Mad Men is a brilliant show and outside of possibly two or three weeks throughout the entire run, it's been very engaging to watch. Last night wasn't particularly entertaining; it wasn't engrossing, it just didn't move the needle. It was a disappointment, even though thematically, everything that took place certainly fit within the confines of the episode.

"New Business" was all about what people "deserved." It was a word used a few times throughout the course of the hour, although it wasn't always for the same purpose. Don deserved to lose all the furniture in his house, because Megan's mom was pissed at him about the way in which her daughter's marriage ended. Megan deserved a check for a million dollars as part of the divorce proceedings, simply as self-penance for Don's adultery and shabby conduct. Harry Crane deserved to bed Don's ex-wife because, well because he was doing her a favor and God crafted her body to perfection. Betty deserved to go for a master's degree in psychology because she's (long, inquisitive pause with eyes scrunched and pointed at the sky amidst a deep quandary)

...I'm actually going to need some help on that one. Actually, come to think of it, she does have a ton of experience with a mentally unstable, self-centered, mean, unpleasant mind. If she were writing a book about her own level of batshit crazy, it would be much more realistic. Think Tom Haverford and his book on failure; a subject he knew better than nearly anyone on the planet. As she says, "people like talking to me." They do? Who are these individuals? Are they all males and if so, do they make any eye contact as you speak?

But, the writers used several scenes to tell a story about Peggy and Stan and their strange dueling romance with Pima Ryan (Mimi Rogers), who basically just wanted to seduce both of them, which she did. Who exactly cares about this particular story five weeks before the series finale? If the big reveal is Peggy discovering she's actually a lesbian; that will be highly disappointing as her character's endgame. Not that there's anything wrong with that.

Don's still spending time with waitress Diana (Elizabeth Reaser) and that's potentially the worst possible thing he could be doing. The reasons are quite simple:

2. She has dark hair. It never works out.. Just look at Sylvia in that elevator and all the harm he's caused. How about the teacher? How about Megan? Actually, strike that. It didn't exactly work with Betty either; although it's highly possible those two end up together in the end. Otherwise, he may need a bald woman who wears a wig.

3. She's an attractive woman -- so eventually it turns into a "Why am I cheating on her" situation. The answer is always the same: Because I'm mother fucking Don Draper, that's why.

4. She's lied to him on two occasions, both about children. She didn't have kids, then she had a daughter who died, then she had a daughter who died and another in the custody of her ex-husband. If they kept seeing each other, she might end up with 19 kids (and counting). It's a pot meet kettle situation, but Don's enough liar for both sides in all of his romantic encounters.

Here's the thing about meeting women in certain locations or in certain situations. You know why you don't attempt to pick up women in a bar? It's because the type of women in a bar -- those that one picks up at 2 AM after 18 PBRs -- often aren't the marrying (or even the safe) type. That's a generalization and absolutely isn't always true, but it's a decent rule of thumb. Here's another one: If, on your first night meeting a dark-haired beauty like Diana, your first impression is how it feels to make love to her in an alley against a brick wall during her smoke break, it might be time to re-evaluate what you're doing.

Diana seems nice enough, but she's another woman that needs much more than Don Draper could ever provide for her. He doesn't have the emotional tolerance necessary to truly be there for her, and as he leaves the New York tourist guide on her bed, it's a relief. That relationship needed to slow the hell down. She needs some help. She's clearly struggling and she's got many things on her mind she needs to speak to someone about, and that someone isn't Dick Whitman.

Almost none of "New Business" that actually mattered took place inside the agency. The Pima storyline felt much less about a professional situation than some kind of weird power struggle or competition between Stan Rizzo (a character not worth caring much about at this point) and Peggy Olson, who is one of the few we should all be watching like a hawk. This was an episode where it felt as if the entire hour was simply closing up the Don-Megan storyline and positioning a few other characters for their own sayonara moment. Don doesn't even appear to have any portion of his mind on his job, made clear with the golf outing issues. When Pete Campbell is the adult in the room, especially with that haircut, something isn't right.

Harry Crane attempting to take Megan upstairs to his hotel room was hilarious and creepy. That dude has always come across as such an opportunistic scumbag, but he's fun to watch. Don's secretary being much more opinionated and willing to challenge her boss verbally continues to be pretty damn terrific. There wasn't even a glimpse of Joan this week, which was fine considering she had no place in anything that went on during the episode.

Here's the thing. With five episodes left, it's rather ill advised to usher in the Pima character, focus on Megan's mother, or spend all that much effort showcasing Stan Rizzo. It just wasn't that great of an episode. It wasn't terrible, but it delivered nothing more than a shrug of the shoulders reaction. At least half of "New Business" felt like a throwaway, even if some portions were necessary to move the pieces around on the chessboard. Don's relationship with Diana -- another complete bust for him -- is the only real takeaway from the night. Pete's quote hits the nail on the head, though. Don has never done anything but attempt to start over in his life. It's been his modus operandi for decades.

He's on the same path he's always been on, and eventually there's an end to that stretch of dirt.

The problem for Don Draper is he hasn't figured out that starting over without attempting to evolve or internally mature past what caused the latest collapse in the first place...isn't starting over.

It's just changing the characters. It's just changing the background, but in the way a green screen does. It's all figurative or aesthetic. The foundation hasn't shifted. It's the same as putting a blanket on top of a red wine carpet stain. Nothing has actually progressed. The blemishes are all in the exact same spots.

Don can't start over until HE starts over. Matthew Weiner and the crew have five weeks remaining to illustrate and define what possessions their main protagonist will hold and what they truly mean as his story fades to black. He currently has no relationship, no family, and no professional drive. He's also a million dollars poorer, now twice divorced (which Megan's sister calls "failure"), and he suddenly needs a truckload of new furniture.

So, what exactly does Don Draper do from here? We'll see next week.

Follow me on Twitter @GuyNamedJason. We can play 18. I'll just rent some clubs at the pro shop.