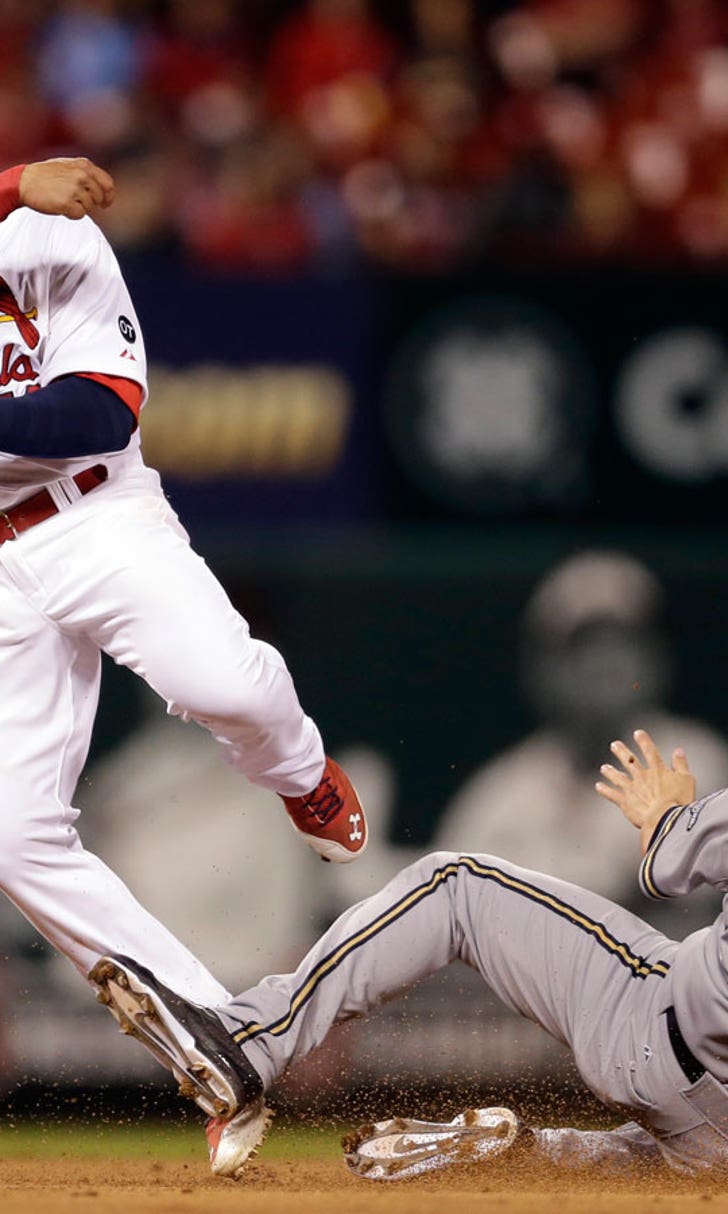 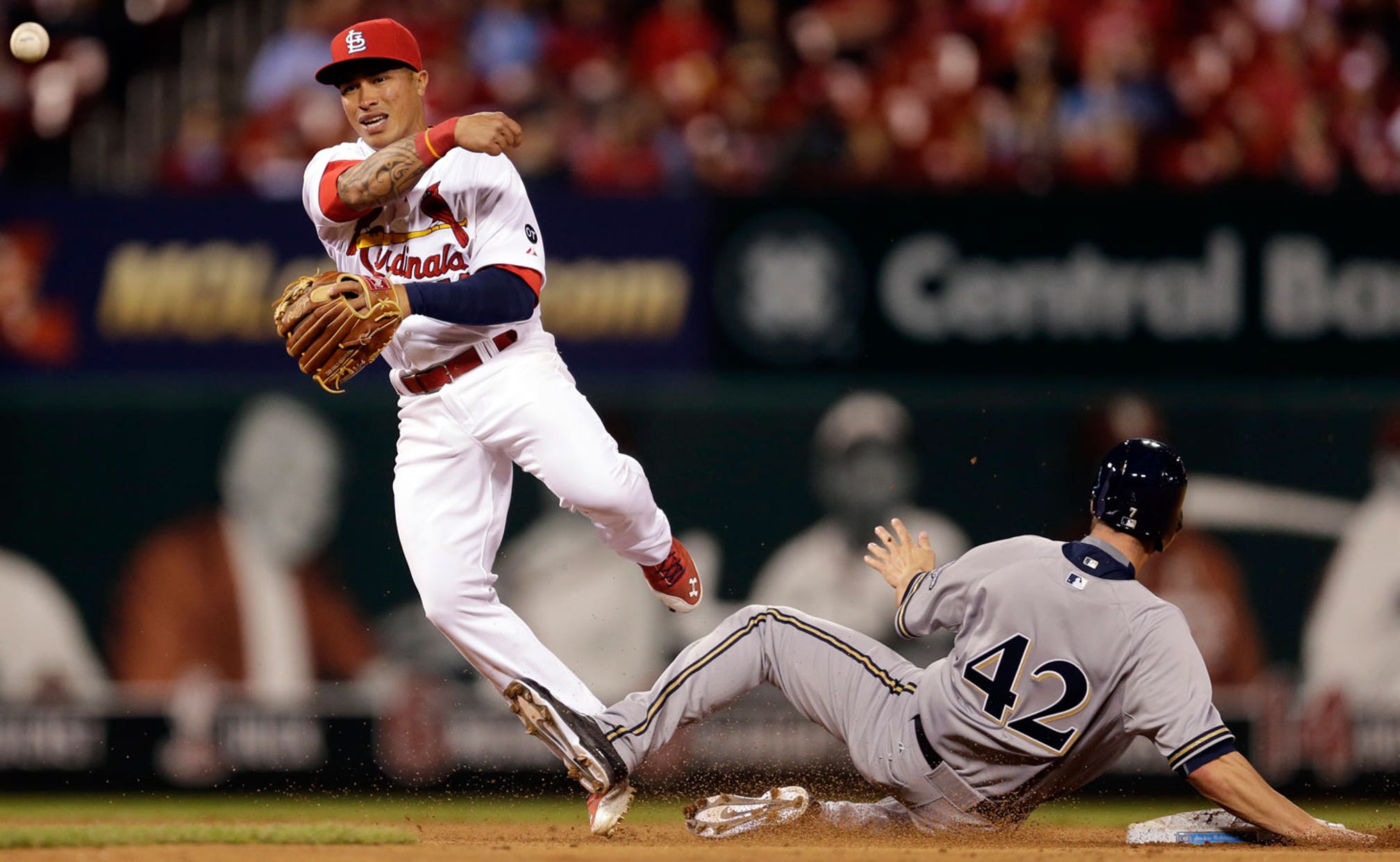 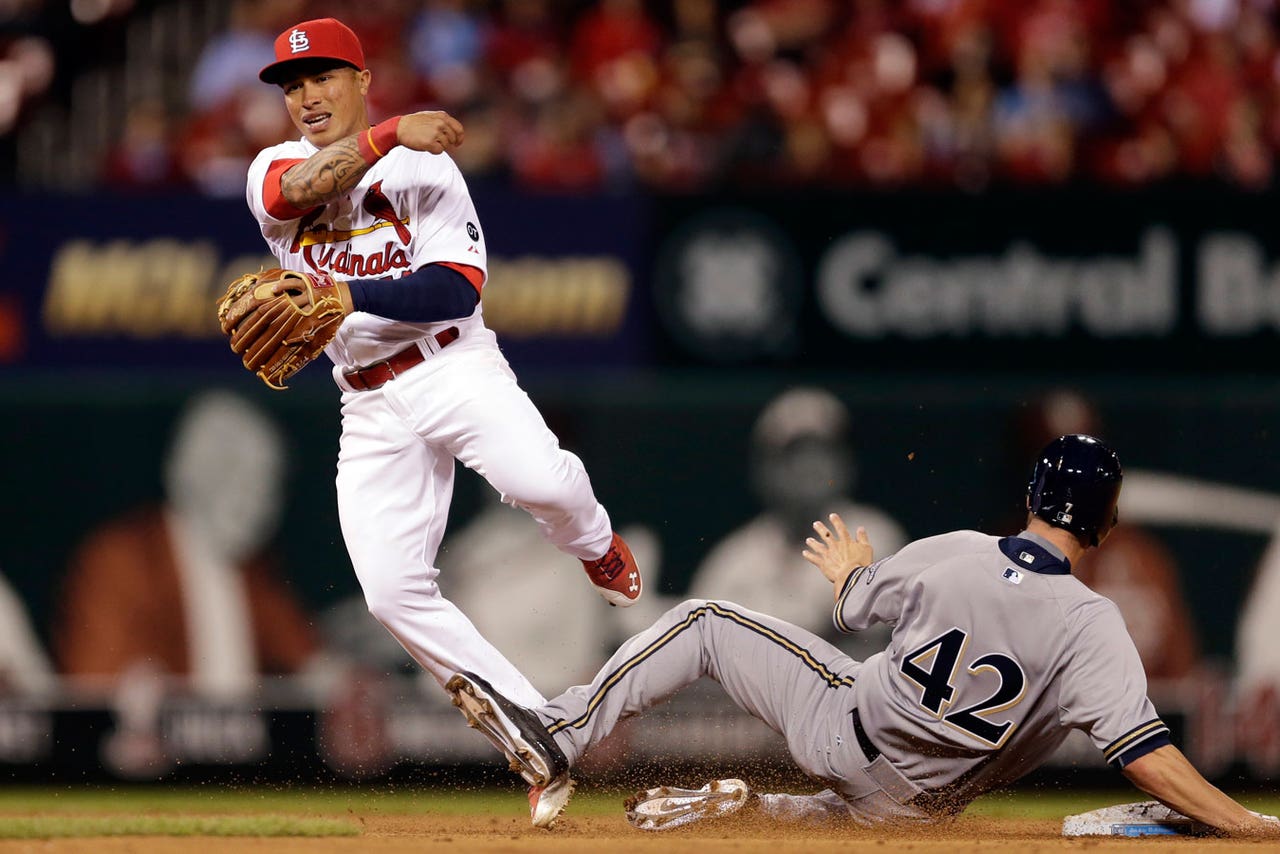 ST. LOUIS -- St. Louis' Lance Lynn wasn't at his best on Wednesday night. Even a less-than-stellar effort couldn't put a halt to his April success.

The right-hander pitched five solid innings and he received help from six relievers to lead the Cardinals to a 4-2 win over the Milwaukee Brewers.

"I wasn't sharp, I had a lot of deep counts," Lynn said. "It was just one of those games. When you don't have your best command and you get out of there giving up just one run, that helps."

Wily Peralta (0-1) gave up four runs on 10 hits over five innings for Milwaukee.

Brewers center fielder Carlos Gomez was removed from the game in the ninth inning. He was limping after beating out a play at first base. Milwaukee manager Ron Roenicke said Gomez strained a hamstring and it requires further tests. He indicated that Gomez will not be in the lineup for the series finale on Thursday.

Yadier Molina had three hits for St. Louis, which won 12 of 19 against Brewers last season.

Kevin Siegrist, Seth Maness, Matt Belisle, Randy Choate, Jordan Walden and Trevor Rosenthal followed Lynn. Rosenthal picked up his third save despite giving up a two-out run-scoring hit to Ryan Braun in the ninth. He got Adam Lind to fly out to end the game.

"That's not how we draw it up, to use so many guys that much," St. Louis manager Mike Matheny said. "But wins are that valuable. You've got to jump on them when you can."

The six relievers combined to allow just one run on four hits over the final four innings.

"They did the job, they bailed me out," Lynn said.

Lynn worked out of trouble in four of his five innings and threw 99 pitches. He rebounded to set the side down in order on 16 pitches in the fifth.

"It wasn't one of his better days and he was still good," Matheny said. "He went deep in a lot of counts, but he left a lot of guys on base."

"I thought we did a pretty good job putting people on base," he said. "We had some chances. We're just not stringing together a lot of hits."

The Cardinals needed just six pitches to take a 2-0 lead. Matt Carpenter singled and Jason Heyward doubled before Holliday ripped the first pitch to right field. Holliday has a hit in all seven games this season.

Milwaukee cut it to 2-1 on a run-scoring single by Aramis Ramirez in the third.

St. Louis pushed the lead to 4-1 in the fourth on successive singles by Jhonny Peralta, Jon Jay and Molina. Matt Carpenter doubled in Molina with two outs.

The Cardinals had 10 hits and went 4 for 11 with runners in scoring position after stranding an NL-high 50 runners over their first six games.

"We're starting to capitalize on some things," St. Louis first baseman Matt Adams said. "We got hits when we needed to cash in."

Jhonny Peralta has hit safely in all seven games this season.