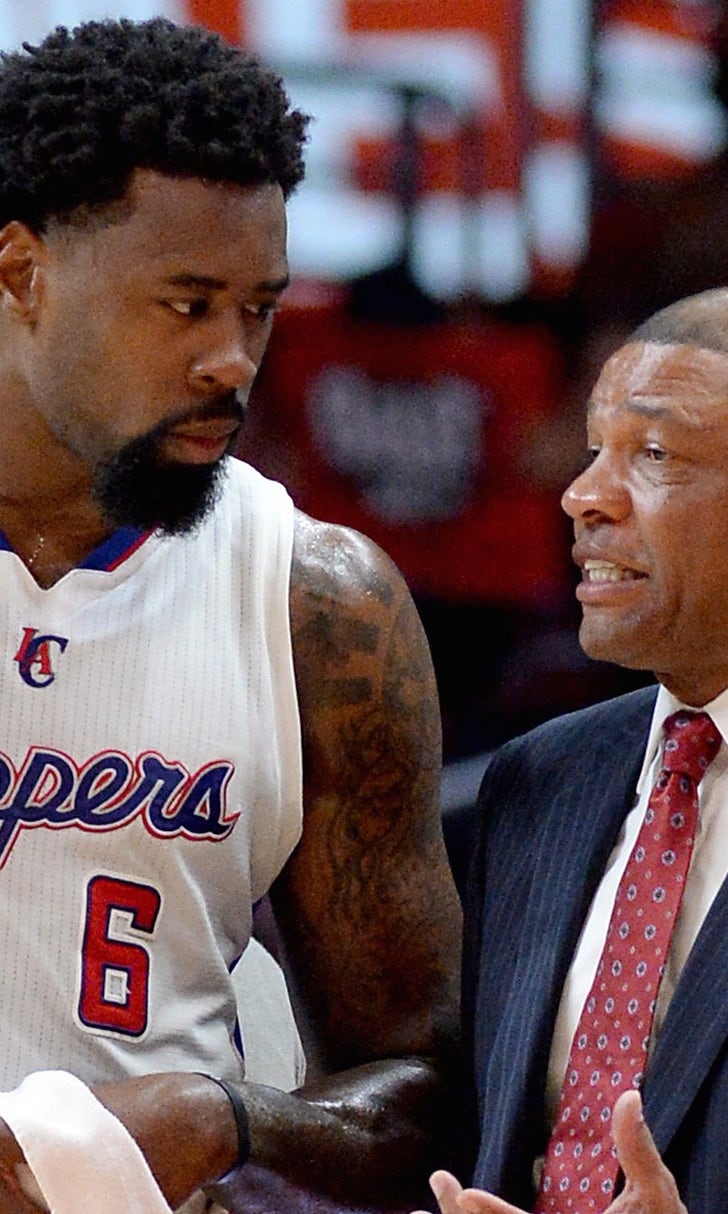 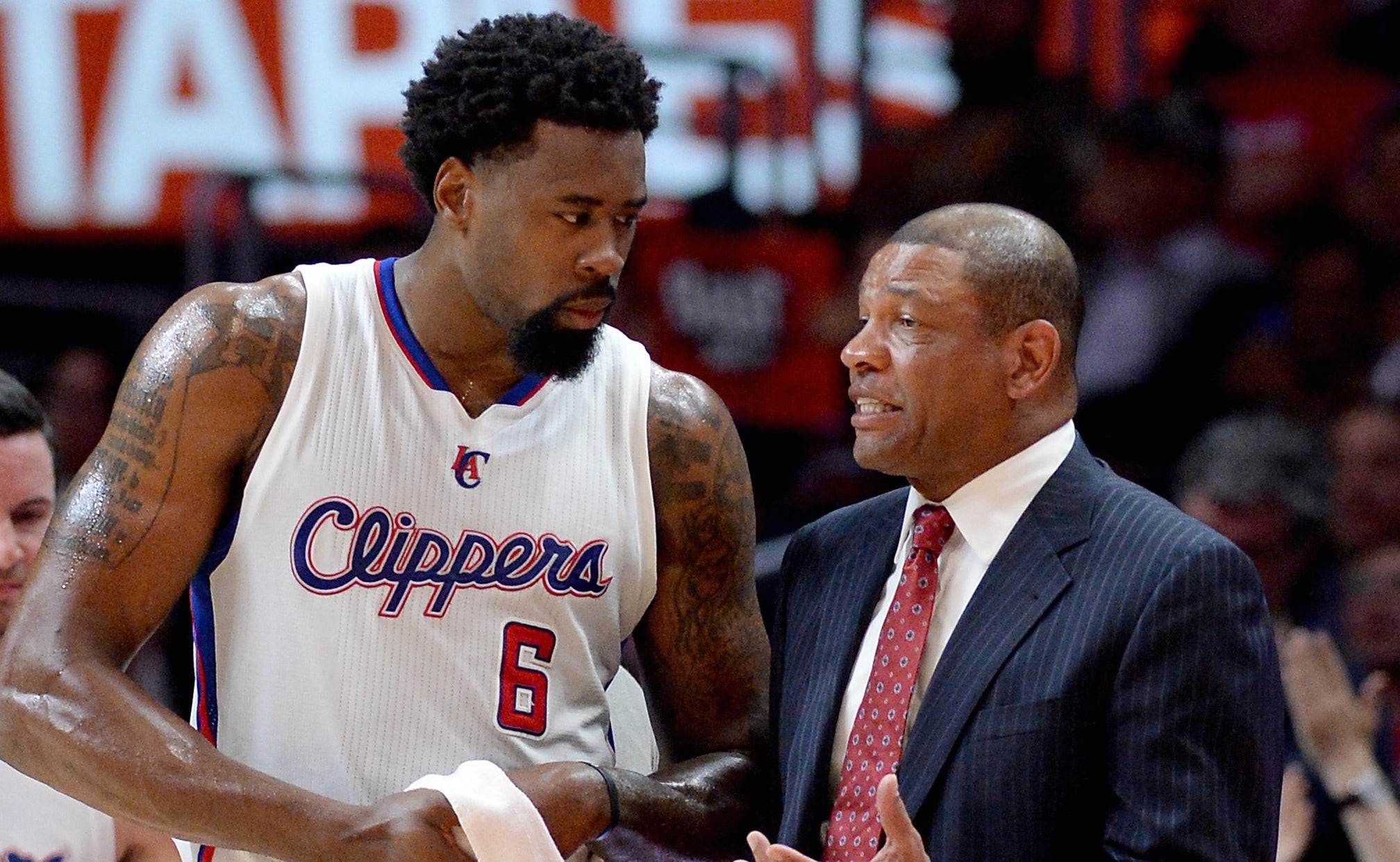 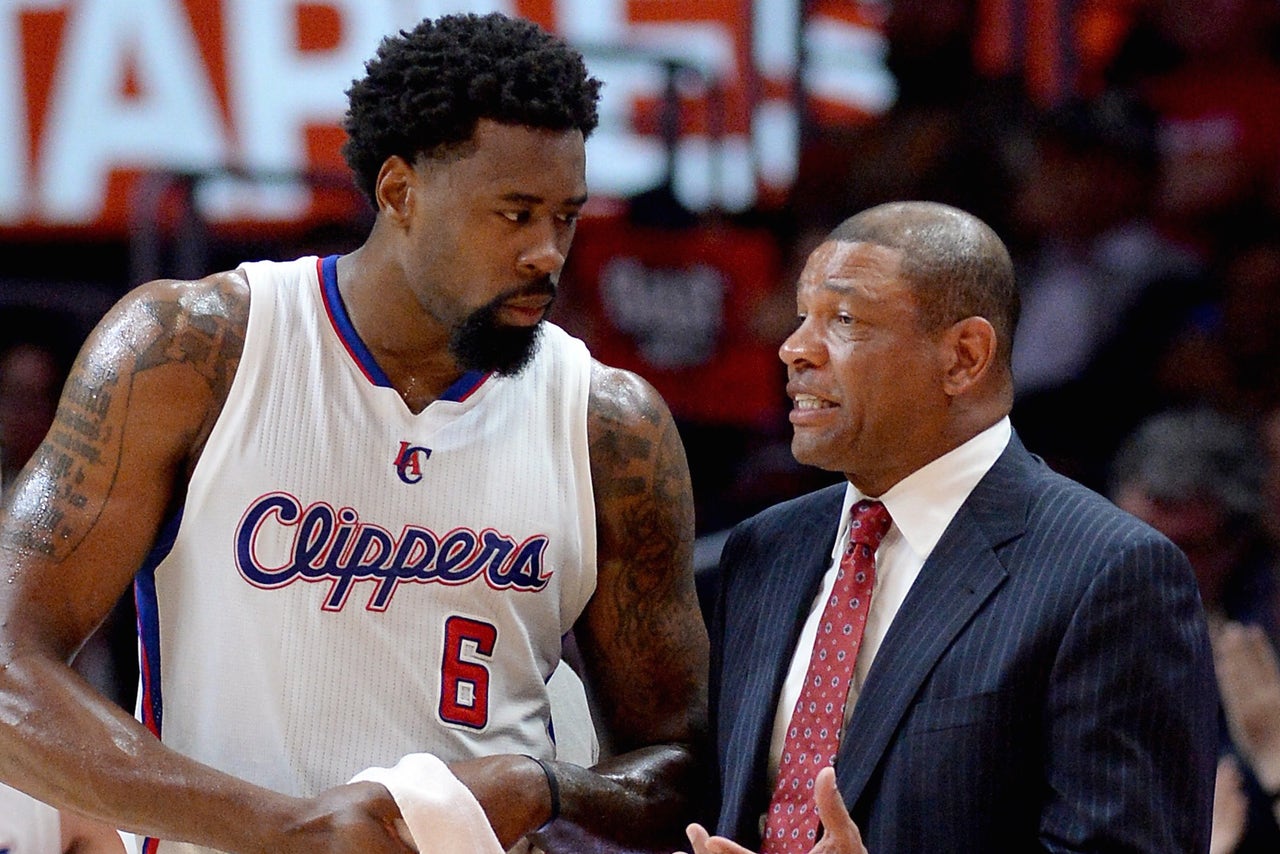 LOS ANGELES (AP) -- After DeAndre Jordan learned the Clippers had drawn the San Antonio Spurs in the first round of the playoffs, the Los Angeles center must have thought about just going straight to the free throw line.

A first-round matchup between two NBA powers with more than 55 victories apiece has plenty of subplots, but Jordan's 39.7-percent free throw shooting could end up being one of the biggest.

Intentionally fouling Jordan is a now-common practice for Clippers opponents in close games, and the defending champion Spurs proved two months ago that they're not above such tawdry strategies. In the teams' most recent regular-season meeting Feb. 19, Spurs coach Gregg Popovich raised the practice to a high art, sending Jordan to the foul line a jaw-dropping 28 times.

"It's happened all season, and I feel like a lot of the games that they've done it, we've won," Jordan said Thursday before the Clippers' first playoff practice at their training complex. "I'm not really worried about it. When it does happen, which I know it will, I'll just go to the line and shoot the basketball. It's not something that I'm dreading, but I'm prepared for it. I'm ready."

Jordan missed 18 of those season-high 28 free throws in a game that lasted nearly three full hours, keeping San Antonio close in the fourth quarter. Yet the Clippers still won 119-115, even without Blake Griffin in their lineup.

"I hate doing it, but it's a rule," Popovich said after that game.

Jordan's stat line from that night indicates both the utility and folly of Hack-a-DJ: He went 5 for 14 at the line in the fourth quarter, but finished with a career-high 26 points and grabbed 18 rebounds.

Jordan has evolved from a raw athlete into the NBA's rebounding champion and one of the world's top defensive players, but his growth hasn't included an improvement at the foul line. He was fifth in the NBA with 471 free-throw attempts during the regular season, an average of 5.7 per game, but couldn't even crack the 40-percent mark.

After being fairly unwilling to talk about it in previous seasons, Jordan has overcome his embarrassment about his free-throw struggles, openly acknowledging his weakness as an area to be exploited by opponents.

"A lot, probably," Jordan said when asked how many free throws he'll have to shoot to eliminate the champs.

"But that's fine," he added. "I shot a lot during the season anyway, so I've got a lot of practice."

Clippers coach Doc Rivers hasn't decided how to handle the strategy late in close games against the Spurs, but he knows it will be a problem until the NBA outlaws the practice.

"They're going to do it, so we're just going to have to make the game-to-game decisions," Rivers said. "The league this year, I've got a strong feeling next year we won't have to deal with this. And I don't even know if that's the right answer. I know it looks better for the fans, but we'll just deal with it game by game."

Jordan knows he must keep his temper in check when the Spurs begin fouling him, but emotions often run hot for the high-flying, free-flowing Clippers. While they're all aware of the importance of avoiding fourth-quarter technical fouls, the Clippers can't deny they're not the same as the cool, clinical Spurs.

"If we all just play with a straight face out there, I think a lot of people would wonder if we really cared," Paul said. "I think we just play. We've got to be who we are."

Rivers has picked up his share of technical fouls as well, but still agrees with Paul.

"There's a line, and I think we've been on it and over it and under it," Rivers added. "The key is we have to be right on it, because I think we are an emotional team, and I think we play better with that emotion."