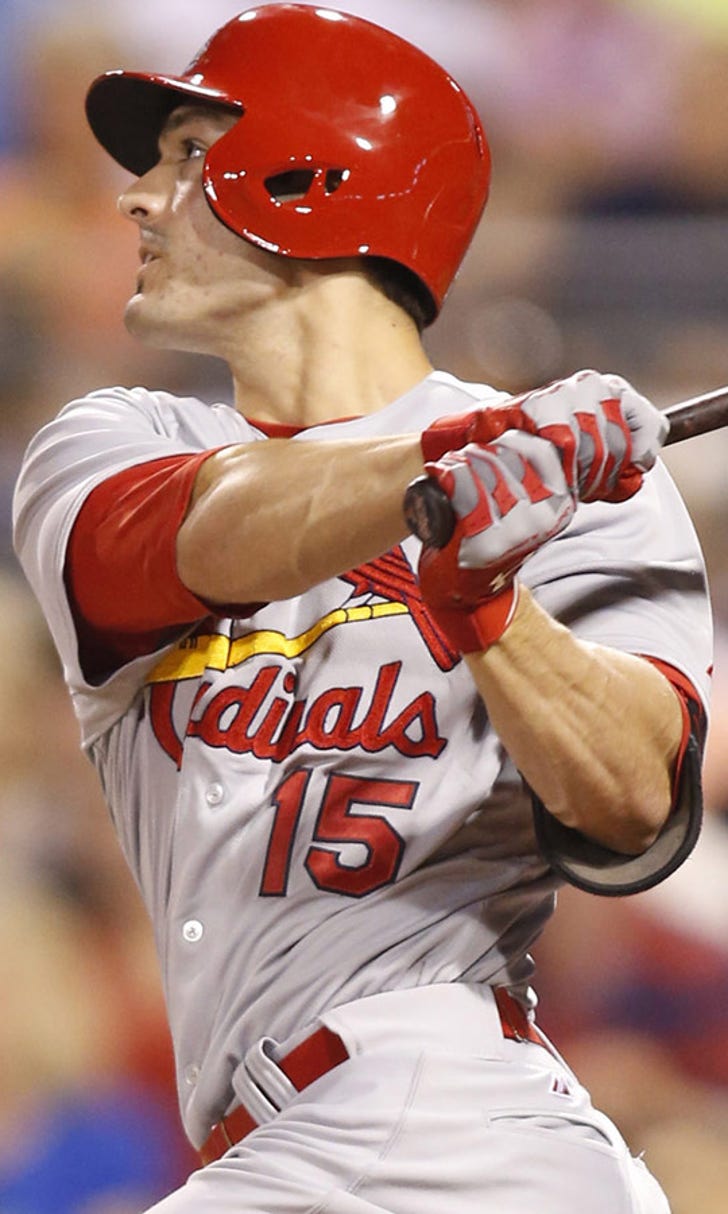 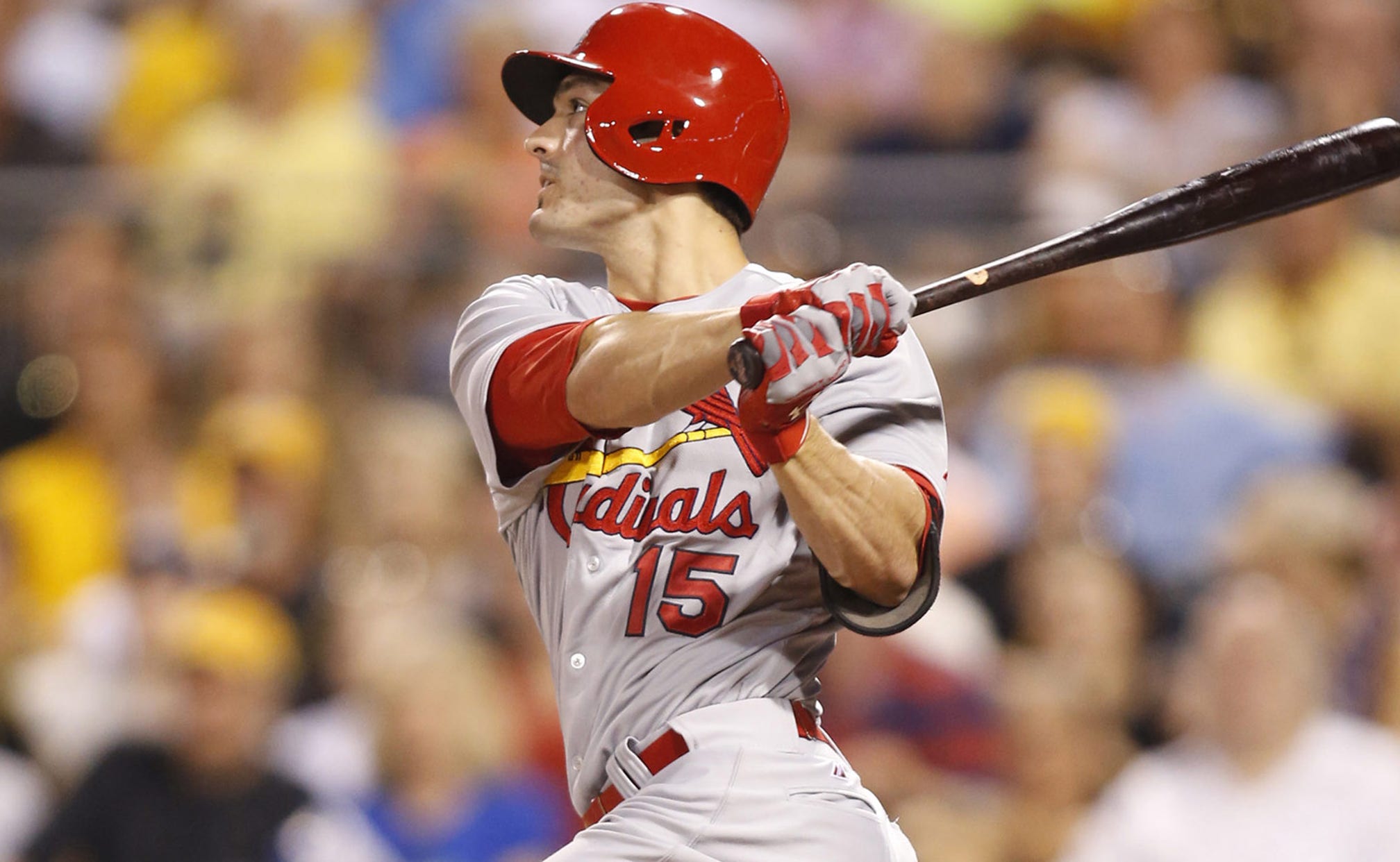 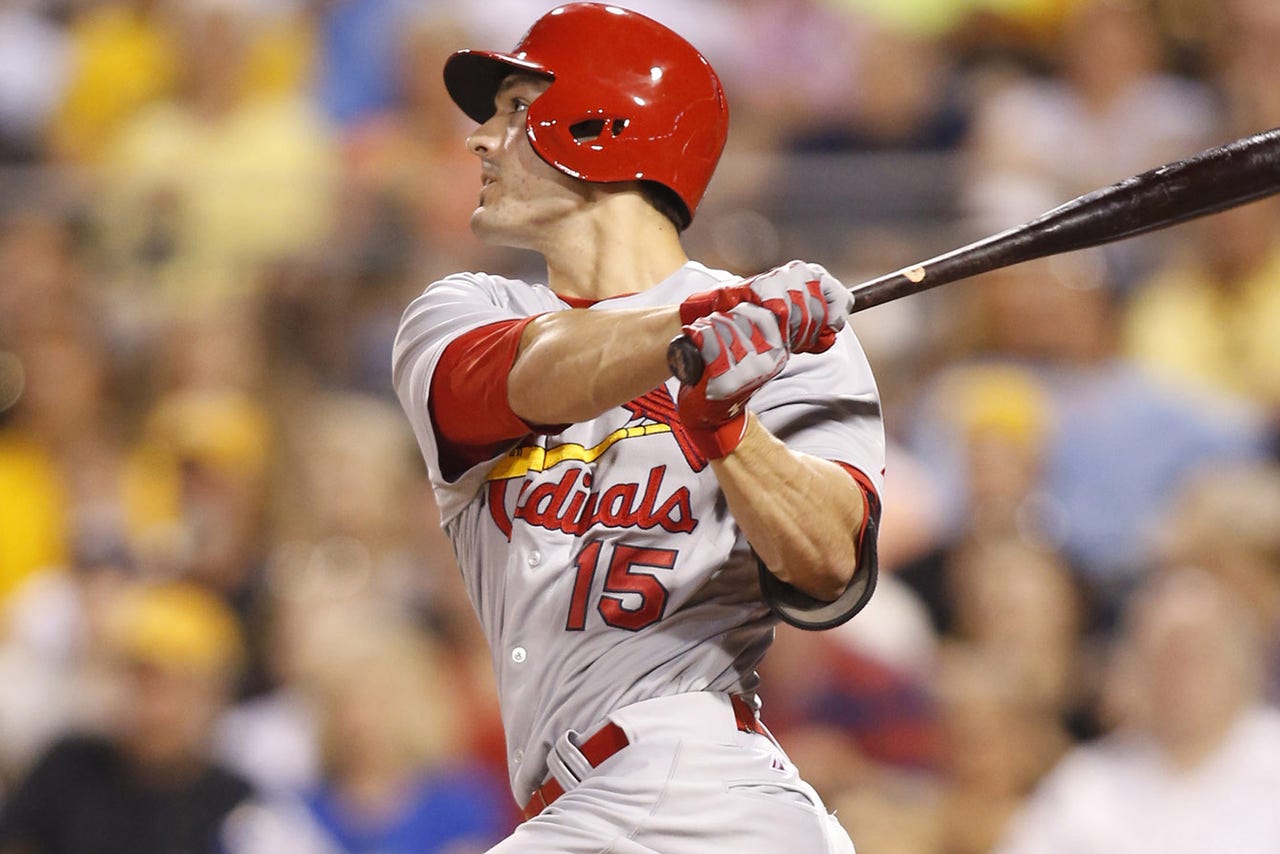 Joey Votto had a pair of two-run homers -- the strongest indication yet that he's fully back in form -- and Billy Hamilton slid home on Todd Frazier's tiebreaking sacrifice fly on Friday night, keeping the Cincinnati Reds unbeaten with a 5-4 victory.

The Reds are 4-0 for the first time since 2011, when they won their first five games. They've won each game in their final at-bat. The Cardinals slipped to 1-2, with all three games decided by three runs or less.

"We're playing good baseball," said Jason Heyward, who singled home a run that tied it at 4-4 in the St. Louis seventh. "That's what you want day-in and day-out. You want to battle teams, play close games. It's a good steppingstone."

Votto homered off John Lackey in each of his first two at-bats. Frazier's sacrifice fly in the eighth off Jordan Walden (0-1) marked the second time this week that he's knocked in the deciding run.

Hamilton walked with one out to start the rally, stole second and made it to third on a wild pitch. Hamilton is one of the few runners fast enough to score Frazier's fly to Heyward in medium right field.

"It's got to be perfect," said Heyward, who made an on-target throw. "You've got to get rid of it as best you can. After that, you did your job. It was a good throw, but it didn't matter, it didn't get him. That's the part of speed."

J.J. Hoover (2-0) escaped a threat in the eighth. Aroldis Chapman gave up a hit and fanned two in the ninth for his second save.

Votto hit only six homers last season -- the last one on May 10 -- and didn't play after July 5 because of strained muscles above his left knee. He showed up for spring training feeling strong and has played to his 2010 National League MVP form so far.

Jason Marquis made his first start in the majors since July 19, 2013 with San Diego. He had Tommy John surgery and made nine appearances in the minors with the Phillies last season as part of his comeback.

The 36-year-old was in line for the win, handing a 4-3 lead to the bullpen in the seventh. Marquis retired 12 in a row after Randal Grichuk's two-run homer. The Cardinals put together three singles in the seventh, with Heyward's hit up the middle tying it at 4-4.

The Reds had a pregame tribute on the videoboard for of Cardinals outfielder Oscar Taveras and his girlfriend, who died in a car crash during the offseason. Also, a tribute to Lauren Hill, the college basketball player who died from a brain tumor on Friday.

Hamilton's steal left him 7 for 7 this season. He's also 7 for 7 in his career off Cardinals catcher Yadier Molina.

Reds: RHP Homer Bailey is scheduled to make his first rehab start on Sunday at Triple-A Louisville. He's on the DL recovering from surgery on his forearm last September.

Cardinals: Michael Wacha has made six career appearances against the Reds, going 1-2 with a 2.30 ERA.

Reds: Johnny Cueto makes his second start. He threw seven shutout innings but didn't get the decision in a 5-2 win over the Pirates on Monday. Cueto is 2-3 career against the Cardinals.