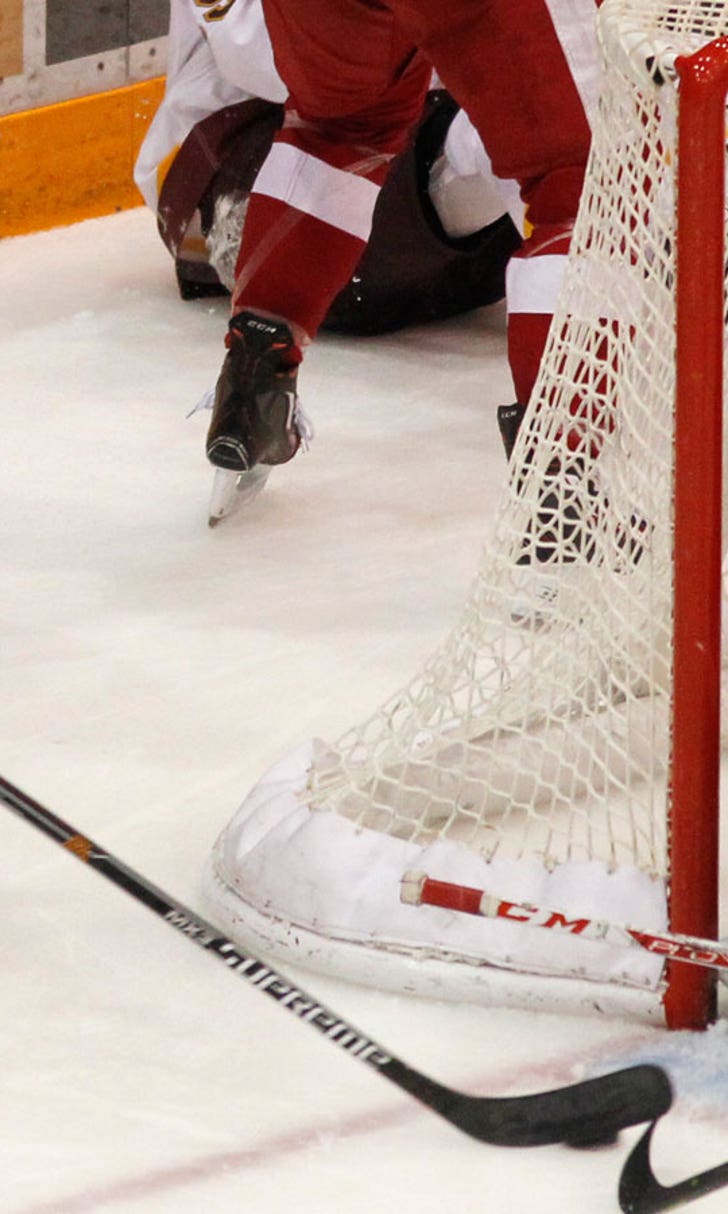 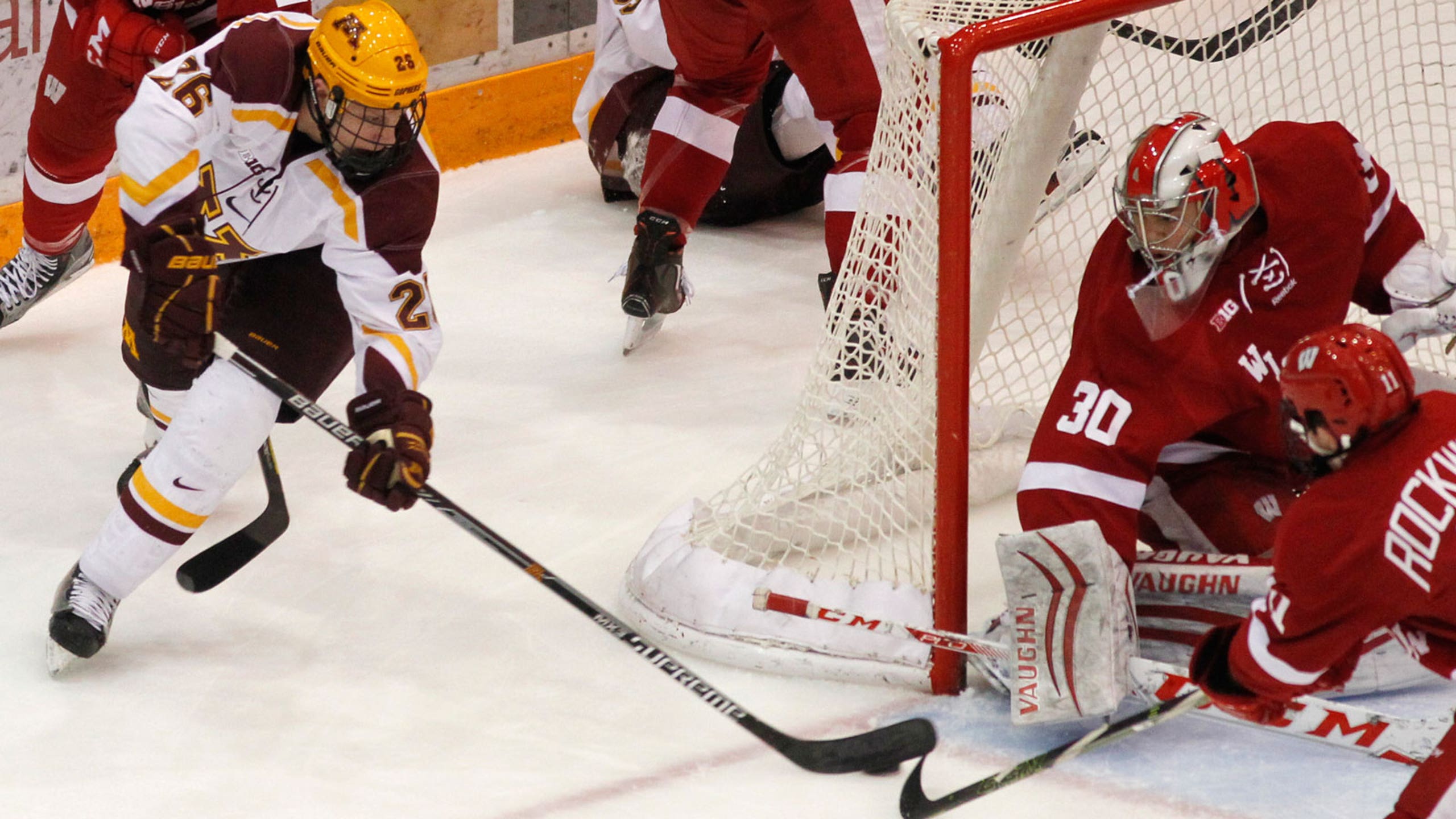 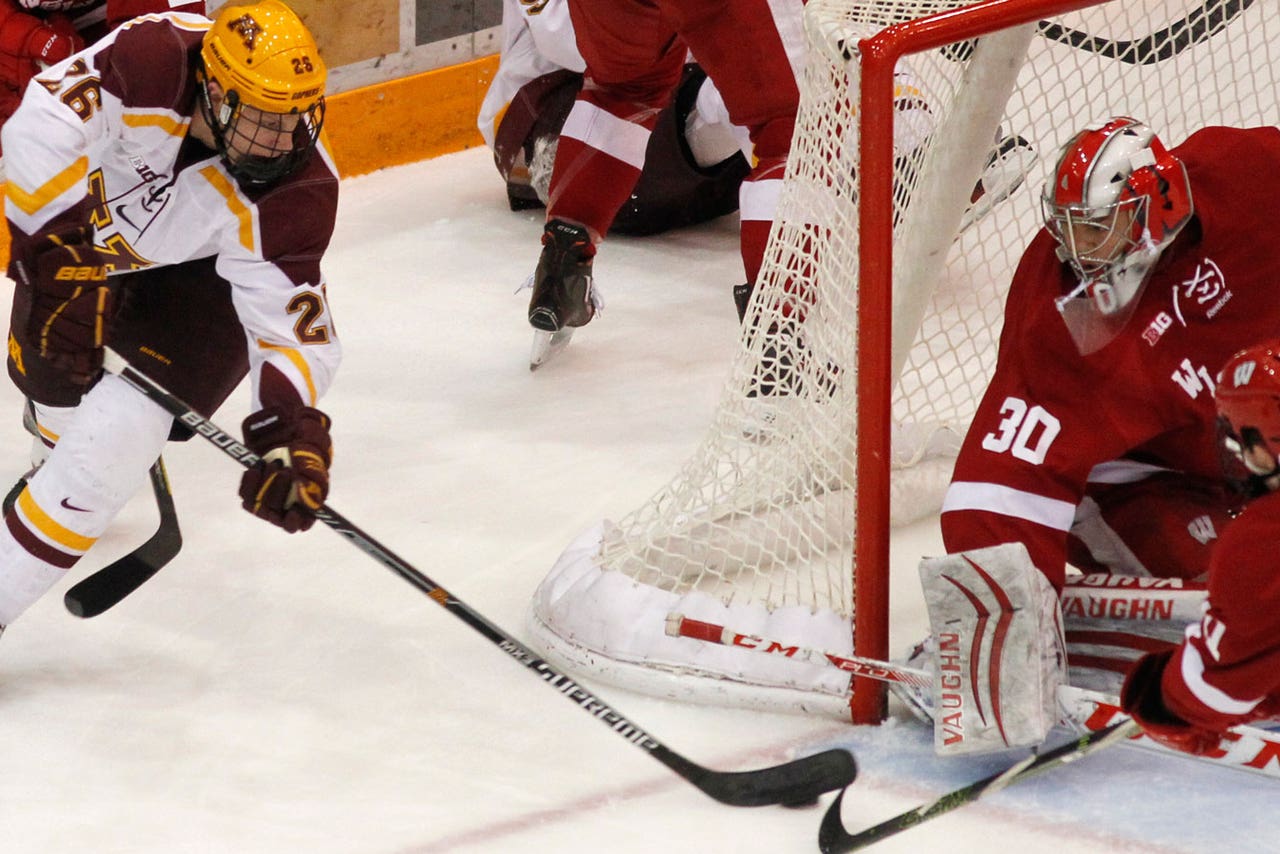 They will have to try again in Saturday's regular-season finale, after Michigan won and they lost 4-3 to the Wisconsin Badgers.

Minnesota native Grant Besse scored twice for the Badgers (8-17-8, 3-12-4-2 Big Ten), and the Gophers had a late goal waved off in their first home loss to Wisconsin since 2012.

Michigan defeated Penn State 7-1 Friday. It could clinch the conference title with a win Saturday and a Minnesota loss.

Vinni Letteri cut the lead to 3-2 with a goal 10:49 into the third for Minnesota, but Besse scored an empty-net goal wtih 76 seconds remaining to make it 4-2.

The loss likely ended any hopes Minnesota had at receiving an at-large NCAA tournament bid. The Gophers can receive an invitation by winning the Big Ten tournament next weekend in St. Paul.