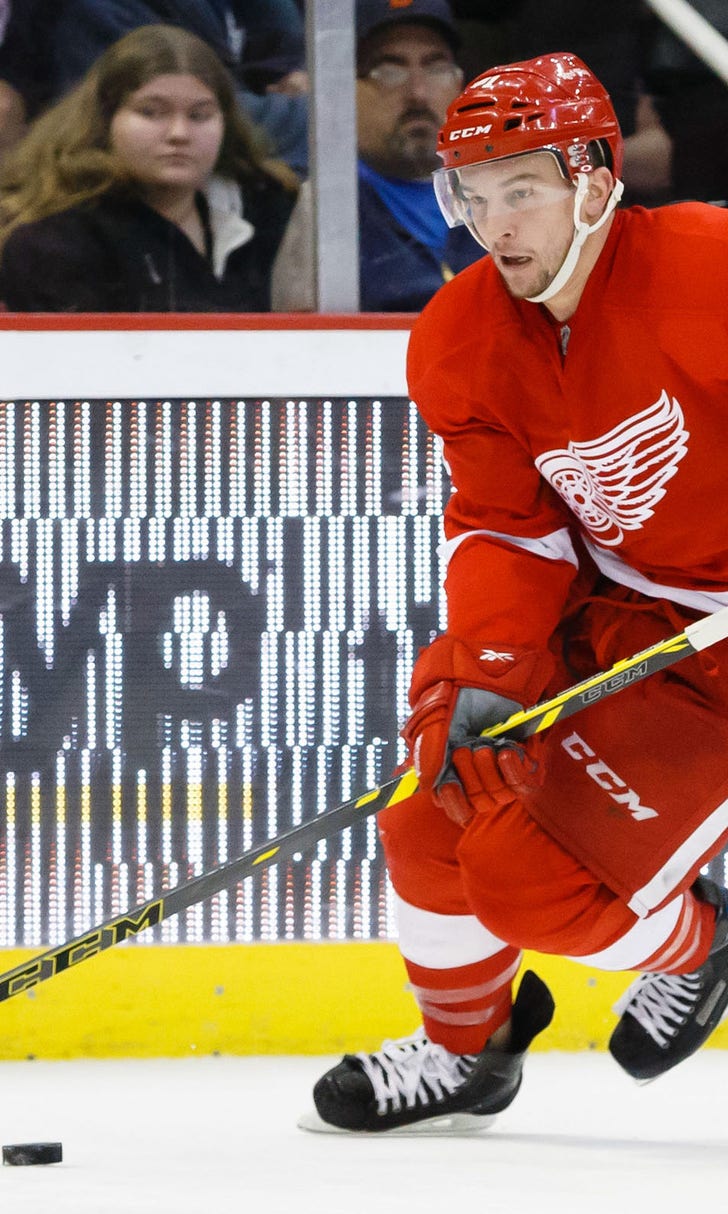 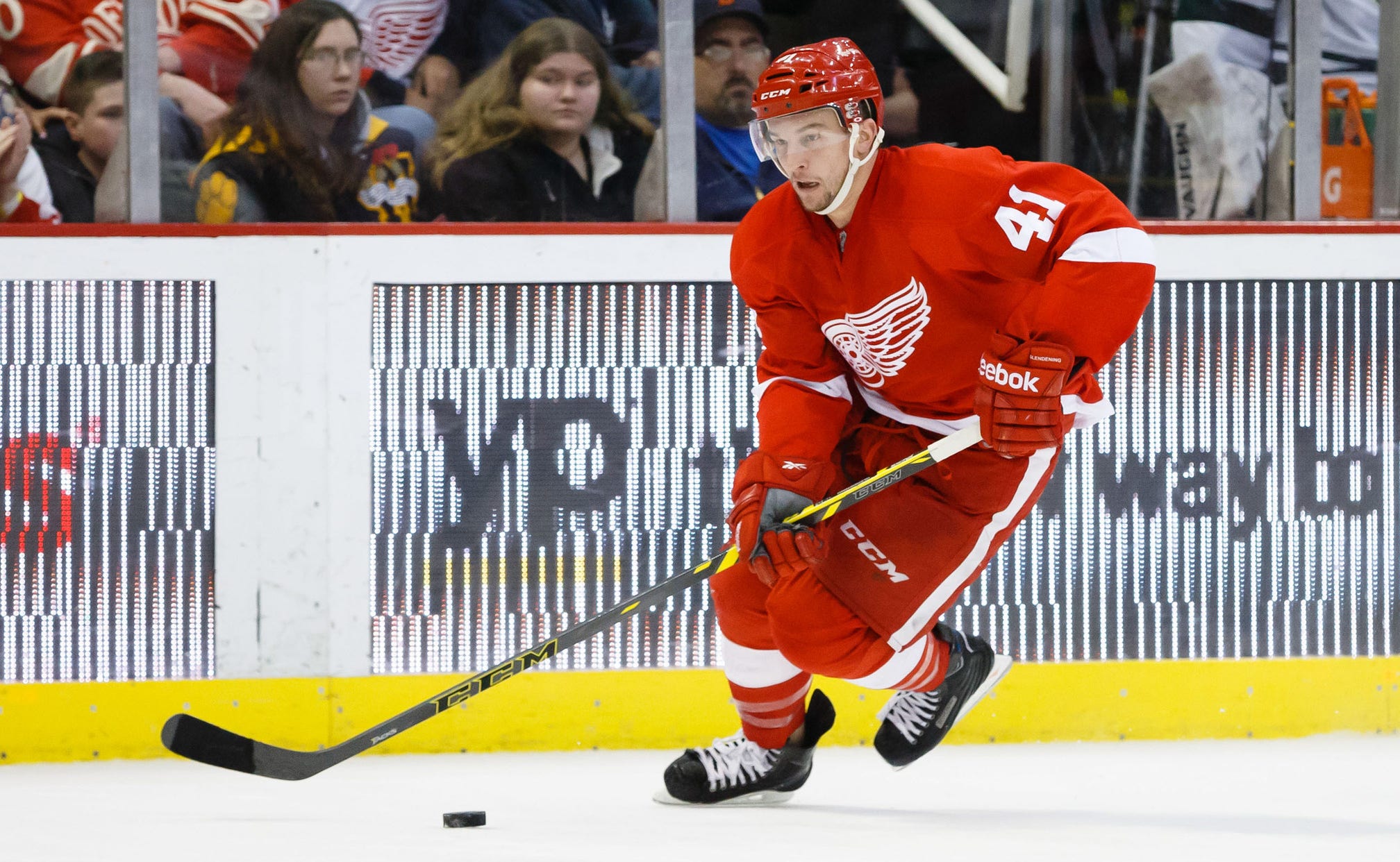 Glendening looks to take next step at NHL level 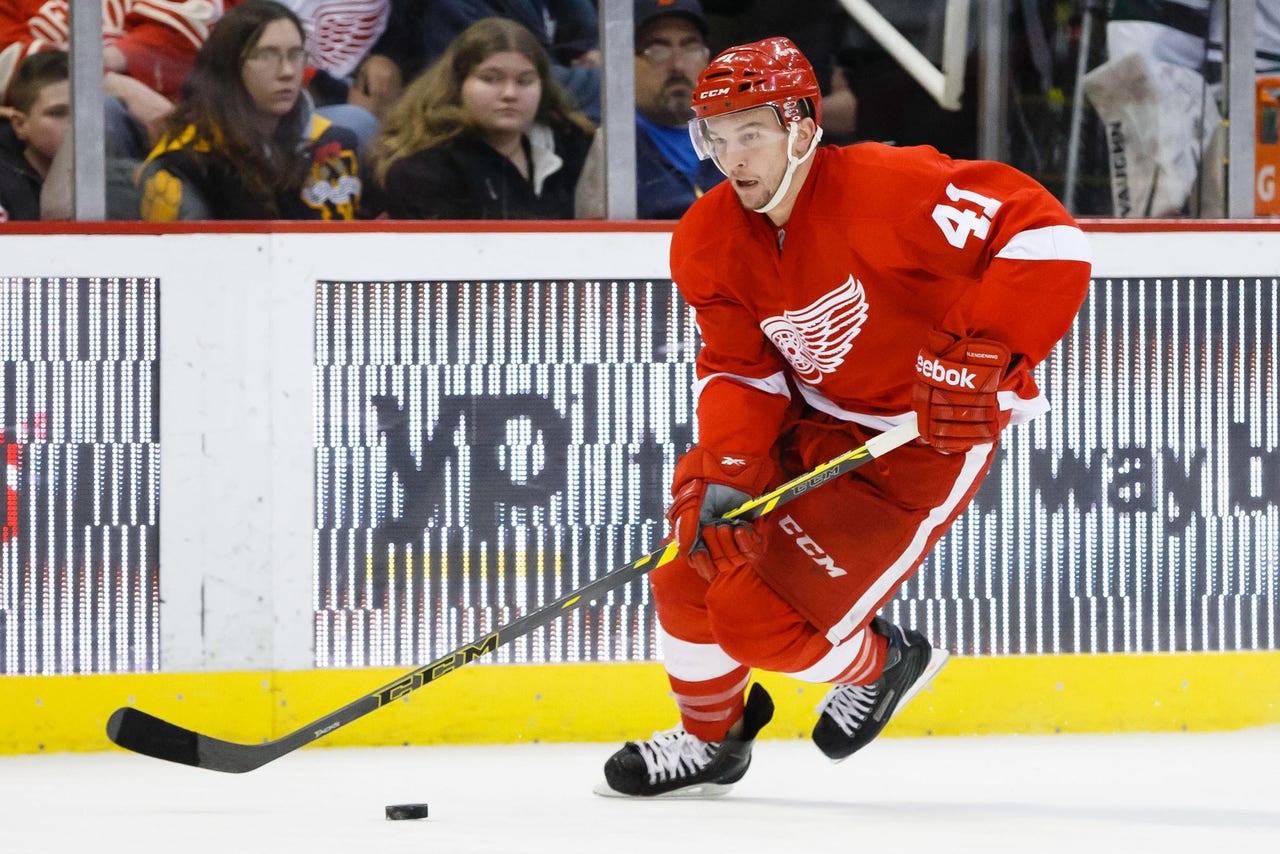 DETROIT -- If he didn't look so young, he could easily pass for a hockey coach.

In fact, Luke Glendening, dressed in red athletic gear, was called "coach" by one of the young players at the youth hockey camp taking place at Joe Louis Arena this week.

"It's a blast to be out here with these little kids here, see the excitement and joy on their face just to be out here at the Joe," Glendening said after Monday's morning session. "It really reminds me why I play.

"Growing up in Michigan, it was always a dream of mine to play for the Red Wings. To see the excitement on their face, I remember it just like it was yesterday."

"When I grew up, I played three sports, so hockey was never a summertime thing for me," Glendening said. "It was only a winter thing.

"It's fun to see these guys out here. I was always outside during the summer doing something else, but it looks like they're having a blast."

Glendening, 25, had fun last season when he had a chance to come up from the Grand Rapids (AHL) Griffins to play with the injury-riddled Wings.

"By the end of the season, he was a player (coach) Mike Babcock wanted in the lineup every night, and at times matched him up in the regular season against (Boston's Patrice) Bergeron, (Pittsburgh's Sidney) Crosby," Wings GM Ken Holland said. "And Luke found a way to be effective."

Despite earning Babcock's trust and playing in 56 regular-season games and all five playoff games, Glendening said he wasn't overly thrilled with how he performed.

"I think there's a lot of things I have to improve on this season to stay and be a regular in the lineup."

Glendening had one goal and six assists in the regular season and one goal in the playoffs.

"We expect Luke is going to score a little more, but I don't think he's ever going to be a 20 to 25 goal scorer," Holland said. "You got to be on the power play, playing with offensive-type players.

"When I think back to the Red Wings of 10 years ago and the Grind Line, certainly a Maltby -- a guy that's got a little bit of an edge, an agitator that can kill penalties, chip in some goals -- that's the type of guy we hope Luke Glendening is eventually going to grow himself into."

Glendening, who's fairly new to the center position, hopes to improve in the face-off circle this coming season. Last year, he won 48.5 percent of his face-offs.

"I think it's important when you're in a checking role, you got to be over 50 percent in the face-off circle so you can start more with the puck," Holland said. "It's hard to defend if you're not winning your share of the face-offs. It's harder to defend."

Maltby, now a scout with the Wings, sees the potential for Glendening at the NHL level.

"Luke definitely found a niche this year, has a role and does it very well, especially on the penalty kill," Maltby said. "No one can question his work ethic.

"As he gets experience and plays more situations, just gets more NHL games under his belt, I think you'll see him grow into an everyday regular player."

Glendening knows that unless your name is Henrik Zetterberg or Pavel Datsyuk, no one is going to be handed an NHL job this season.

After all the injuries the Wings dealt with last season, Babcock emphasized that all the Wings had to have a great summer of training. Glendening has been doing his part, working at Barwis Methods in Plymouth, Mich.

"There's a lot of guys there from the Wings," Glendening said. "(Dan) Cleary's there, Kevin Porter, who we just signed. Colin Campbell has been working out there. (Alexey) Marchenko's coming back (Tuesday), I believe. It's a good group of guys and a bunch of other NHL guys there as well."

Unlike some NHL players, Glendening said he watched nearly every single playoff game after the Wings were eliminated.

"You can see the determination, the drive," Glendening said. "Those guys are selling out for their teams. Everyone bought in. The lineups, if you look up and down, are pretty similar on all the teams. It's just guys buying in."

The Art of the Social Distance Celebration
A victory parade looks a little different in 2020. Here's how teams and fans are celebrating amid the coronavirus pandemic.
4 hours ago