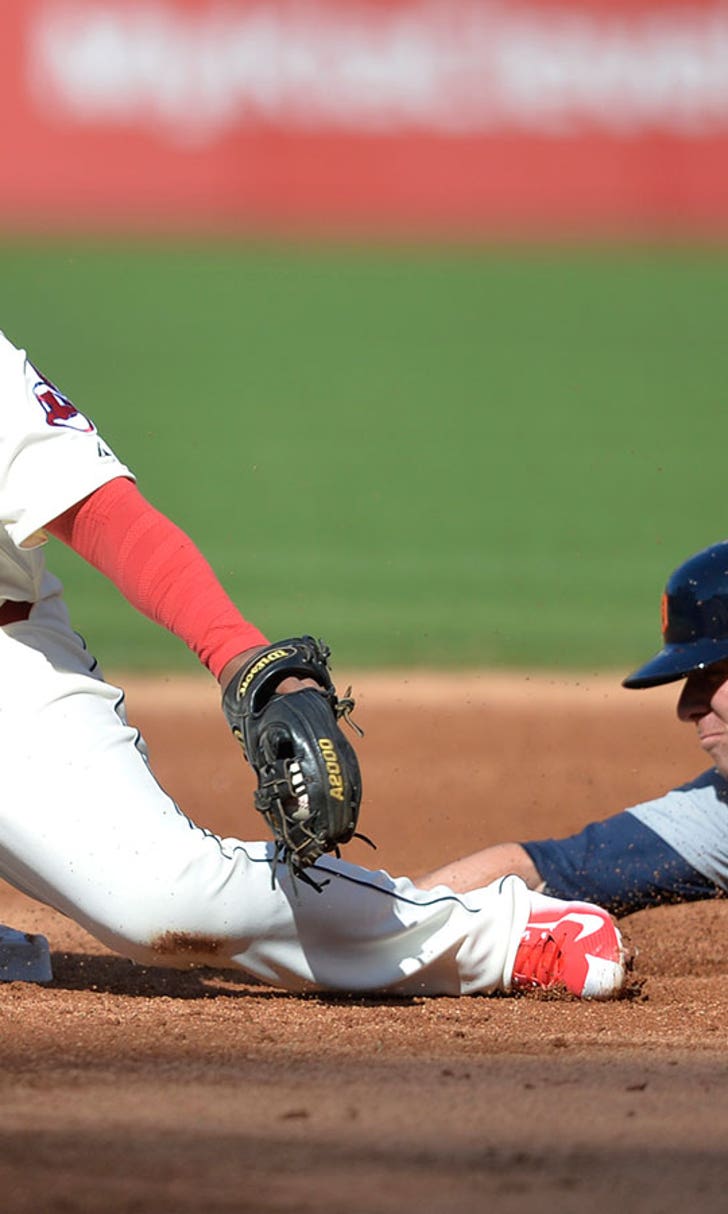 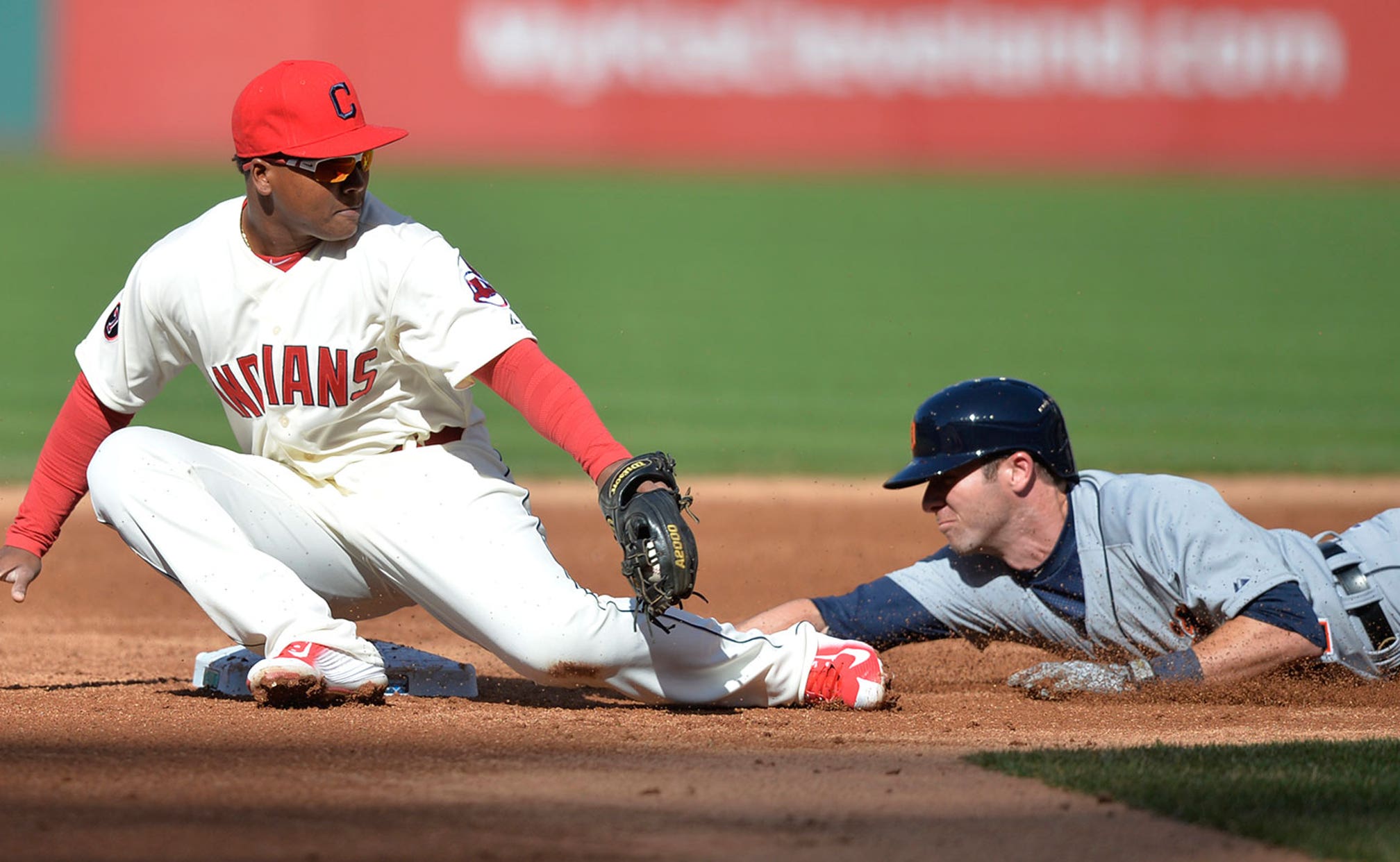 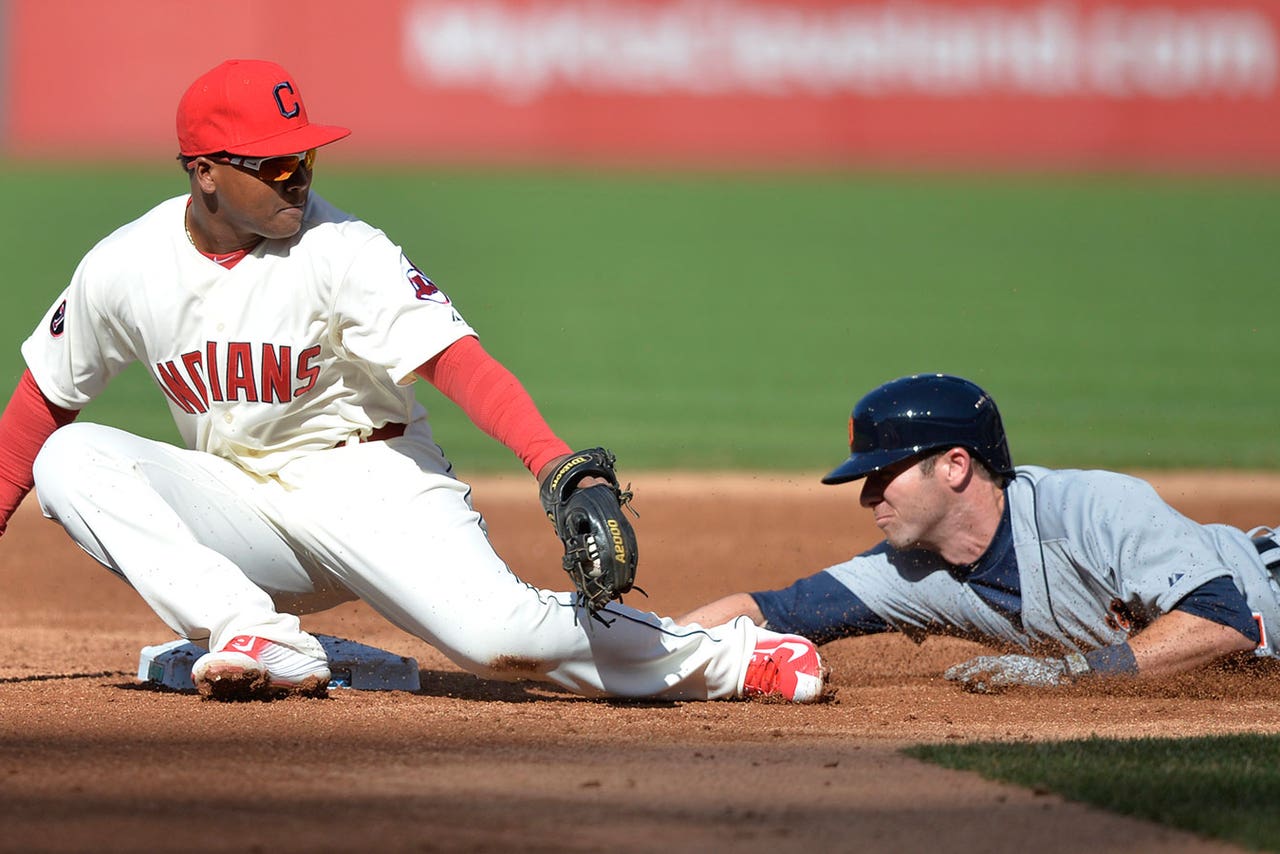 CLEVELAND -- Just when you thought shoulder-shrugging time might have arrived, along comes the truest team victory of the five games the Tigers have won so far.

The five in a row with which they've begun the season, that is.

Or the four that became five when the Tigers outlasted the Cleveland Indians 9-6 on Saturday.

And I mean "outlast."

The Tigers didn't win it because of an outstanding game by starter David Price, though.

Price didn't pitch badly -- in fact, he was impressively effective early -- but the Tigers trailed 3-2 when he left in the sixth.

Nor did they beat the Indians because of booming bats -- although the offense finished strongly (seven hits the last three innings) to maintain their incredible average of 13 hits per game.

They won for several reasons, and because of several players -- but also with the help of a little decision by manager Brad Ausmus to start Andrew Romine at shortstop instead of sizzling Jose Iglesias.

It wasn't a little decision when the lineup was announced. That's for sure. In fact, you probably responded with a resounding "Huh?!"

Iglesias sat, until being inserted as a pinch runner in the ninth, despite leading the American League in hitting with a .600 batting average after four games.

He was also leading the league in hits with nine.

Everything has been going right for Iglesias. But Ausmus felt it was time to give him a rest -- as well as time to get Romine into a game as something other than a defensive replacement.

One similarity Ausmus shares with his predecessor, Jim Leyland, is that he strives to make sure no one gets stale.

Plus Ausmus once said of his own career that the year in which he played 150 games (2000 with the Tigers) was probably too much playing time -- so he's acutely aware of the rest that regulars need.

Fans never like to see a hot player sit, of course. Ausmus also knew he would be questioned about the decision not to start Iglesias.

But it's immensely important for a team to be able to count on all its players -- and toward that end, the Tigers have done a fine job of turning Romine into a contributing player.

In turn, he's worked hard to become a better player.

In this game, he walked three times, stole two bases, had a single and scored twice.

"He gets a tough assignment right off the bat, facing last year's Cy Young Award winner (Corey Kluber)," said Ian Kinsler, "but he had great, professional at-bats all night.

"To be able to have a guy like that who can fill in is huge for a team."

Romine was of no bigger help, however, than in the seventh inning after the Tigers fell behind for the first time.

With one out, rookie James McCann singled as a pinch-hitter for Alex Avila, and Romine followed with a walk that probably wouldn't have been a walk last year.

In fact, Romine said none of his three walks would have occurred last year -- or before he concentrated this spring simply on seeing pitches better.

Or as Ausmus put it: "Honing his approach as a hitter."

With that in mind, Romine certainly made the most of spring training this year.

"I tested a lot of things out," he said. "I'm trying not to get as jumpy as I used to be. I just tried to calm everything down this spring."

When asked which of his at-bats would not previously have been as productive, again Romine said, "All of them. I felt I was seeing the ball well. My eyes were more balanced. I wasn't all bouncy.

"What I did this spring had a purpose. I wasn't just taking pitches to take them. I was taking them to get my eyes more level. That's essential in this game."

In this game as a whole ... but also in this game individually. After Romine's walk in the seventh turned McCann's one-out single into a scoring chance, the Tigers scored three runs.

So here's a player who worked hard in spring training to see the ball better -- and in his first start of the season, while replacing a .600 hitter, he gets on base four times.

That's when you realize it's not that everything is going accidently right for the Tigers.

They've worked darn hard to have the start they've having.