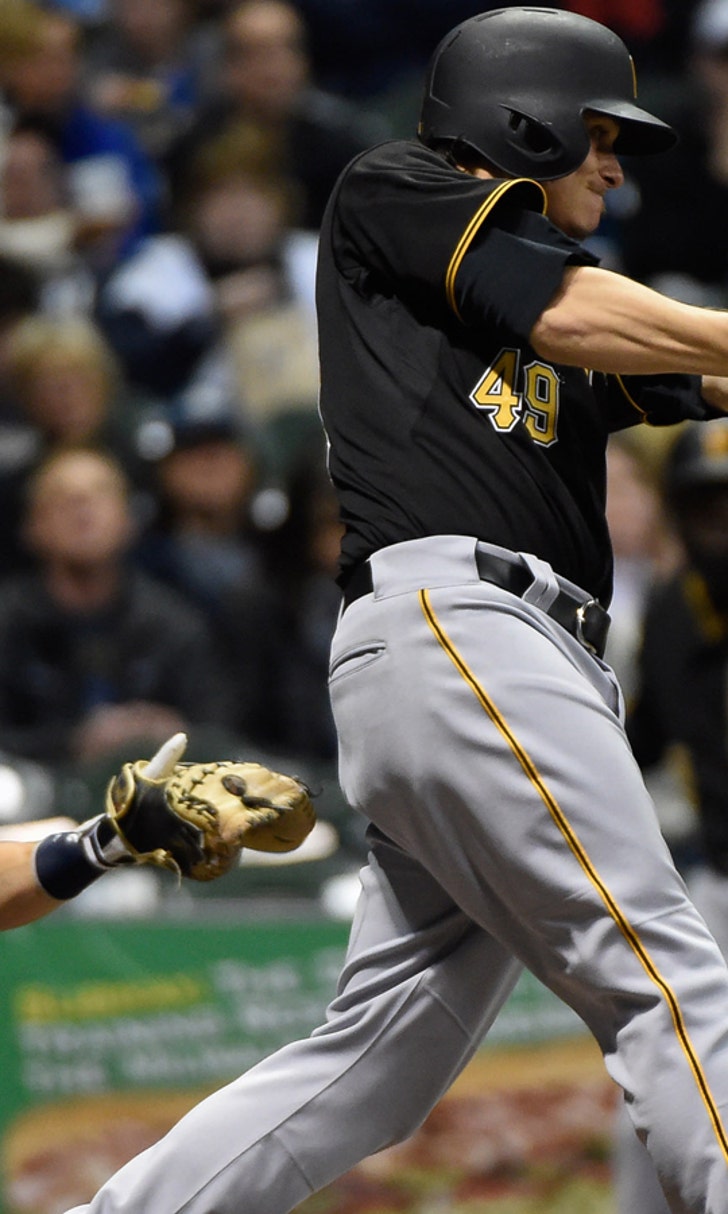 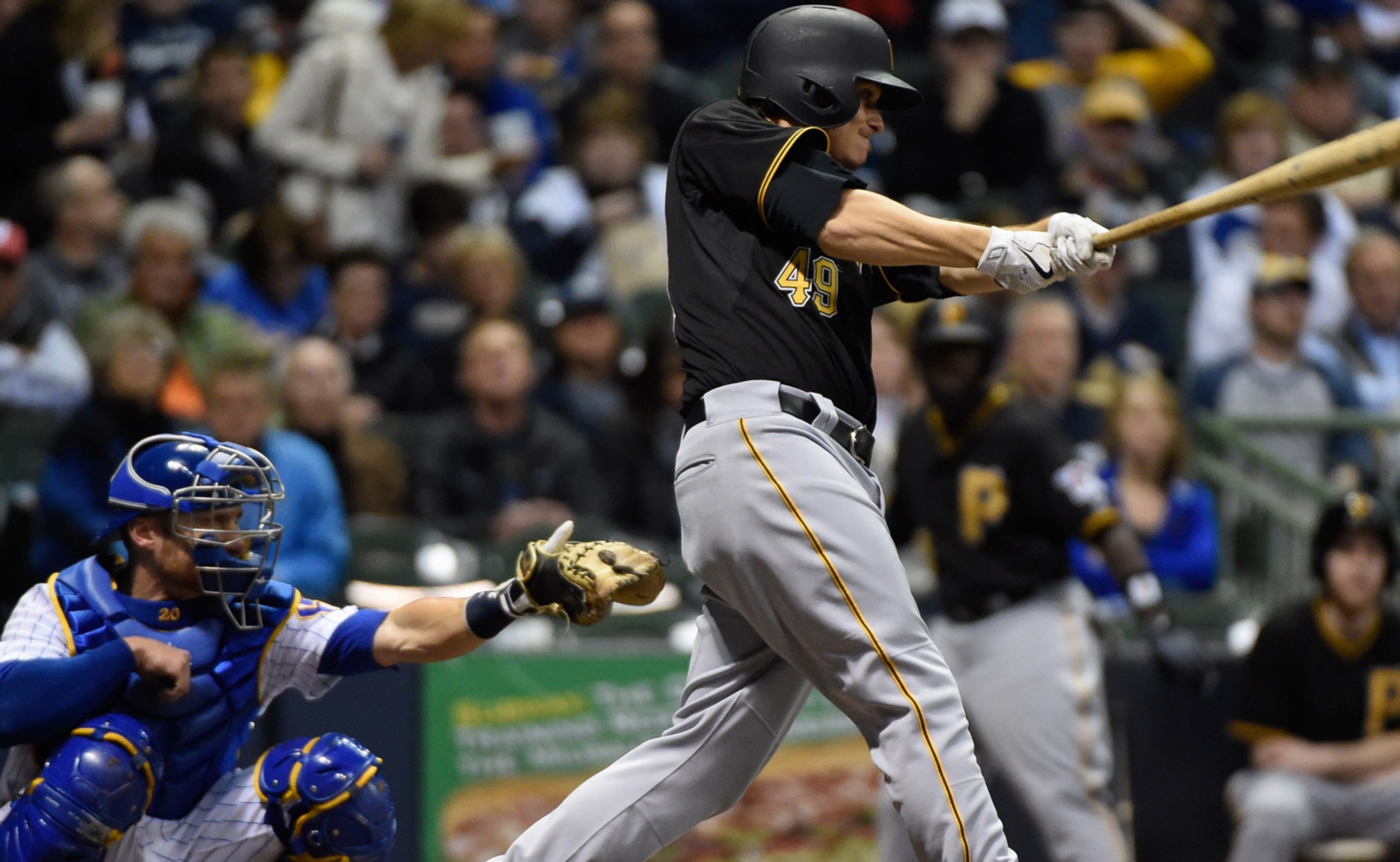 Frustrations beginning to show for 0-4 Brewers 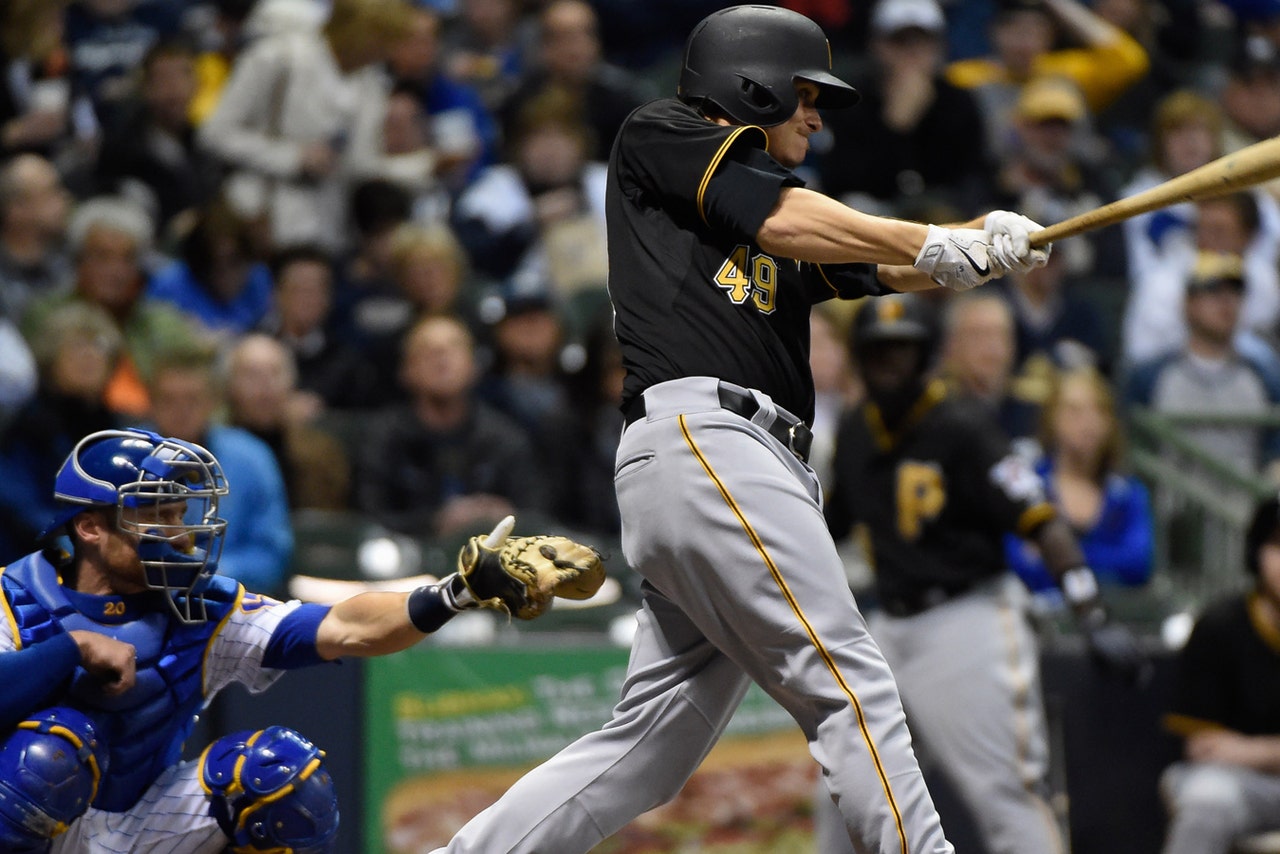 MILWAUKEE -- For just the sixth time ever, a pair of 0-3 National League teams squared off in the fourth game of a season.

Either the Milwaukee Brewers or the Pittsburgh Pirates were going to collect their first win of the season Friday night, while the other was going to spend another night trying to explain a puzzling slow start.

A rough outing from Mike Fiers and another lackluster night at the plate meant it was the Brewers remaining winless, as a 6-2 loss to the Pirates left Milwaukee at 0-4 for the first time since 2011.

The Brewers are the only winless team in the National League and one of two teams in baseball still in search their first victory.

"It is disappointing that we worked that hard in spring training and did a lot of good things, and then we come out and do this in the first four games of the season," Brewers manager Ron Roenicke said. "I know it is early, but we really worked hard to get ready for Opening Day. To watch what we are doing is disappointing."

For the third time in four games, the Brewers faced an early deficit. After striking out the side in the first inning Friday, Fiers allowed three runs on four hits in the second.

"I think I could have handled it a lot better to minimize that inning to one, maybe two runs," Fiers said. "But three shouldn't happen. I just have to be better next time.

"Especially today, we're not playing the best as a team right now. The big inning like that is something that takes the wind out of you. I need to be better. I needed to put up a quality start today, and I didn't do that for my team. We ended up losing. It is still early. We have a game tomorrow. We have to win tomorrow. That's all we can do now."

Locke allowed seven hits over six innings, but he limited the Brewers to just two runs on a two-run single by Adam Lind in the fourth. Milwaukee certainly had its chances Friday but left runners in scoring position in six of nine innings.

The Brewers have been outscored 26-8 on the season and are 5 for 25 with runners in scoring position. Milwaukee's starting pitchers have an 8.41 ERA, as Wily Peralta is the only starter to last longer than five innings.

"When you have a rough start, everybody including myself, sometimes you try to do too much," Carlos Gomez said. "Everybody is like that, no matter how long you're playing. That exciting, that kind of anxiousness -- everybody has it. If you don't have it, it's because you're not human, you don't have passion."

Frustrations began to show as Friday's game wore on. Home plate umpire Mike Estabrook ejected Scooter Gennett in the ninth inning after the second baseman slammed his bat after a called third strike. One pitch earlier, Estabrook ruled Gennett had swung on a pitch that hit him on the bicep.

With backup infielders Hector Gomez and Luis Jimenez already used as pinch-hitters, Carlos Gomez played second base for the first time in his professional career.

"That's why Scooter can't get kicked out there," Roenicke said. "We already used (Hector) Gomez and Jimenez and we didn't have anybody left. There's a part where you're in a ballgame where you also have to realize what's going on in the game, who's left, and you've got to keep yourself in the ballgame."

Plenty of teams have found ways to recover from slow starts -- including the 2011 Brewers -- but it feels as if the pressure is mounting with each passing day they remain winless. Milwaukee hasn't begun a season 0-5 since 2003, a year in which it finished 68-94.

Change in plans: The Brewers caught a bit of a break Friday, as Pirates ace Francisco Liriano was placed on paternity leave and scratched from his scheduled Sunday start.

Pittsburgh will call up right-hander Casey Sadler to start Sunday against Milwaukee. The 24-year-old went 0-1 with a 7.84 ERA in six relief appearances for the Pirates in 2014.

Getting hitched: It was not a typical off day for Gennett.

Gennett met his now wife while they were sophomores in high school in Sarasota, Fla. The two began dating in 2007 and became engaged this past Thanksgiving.

It is unusual for a player to get married during the season, but the couple decided to move the date up from December and keep the attendance at the ceremony to just 18 to 20 people.

"I have 30 first cousins and it would have been a huge wedding and a lot of stuff to worry about, and she didn't want that," Gennett said. "So we moved it up a little bit. Kept it under wraps; we've been planning it for 2-2 1/2 months now.

"It wasn't a spur-of-the-moment thing, but it seemed like that to some of the guys in here because I didn't let them know."

The wedding went off without a hitch. Well, except for one thing.

"I was supposed to have a helicopter there but the weather was so bad they had to cancel," Gennett said. "I was going to have a helicopter pick us up after everything was done and fly us around the city a couple times. It was going to be cool. I think they're going to come by some other time and fly us around. That was the only thing that didn't go according to plan, because of the weather."