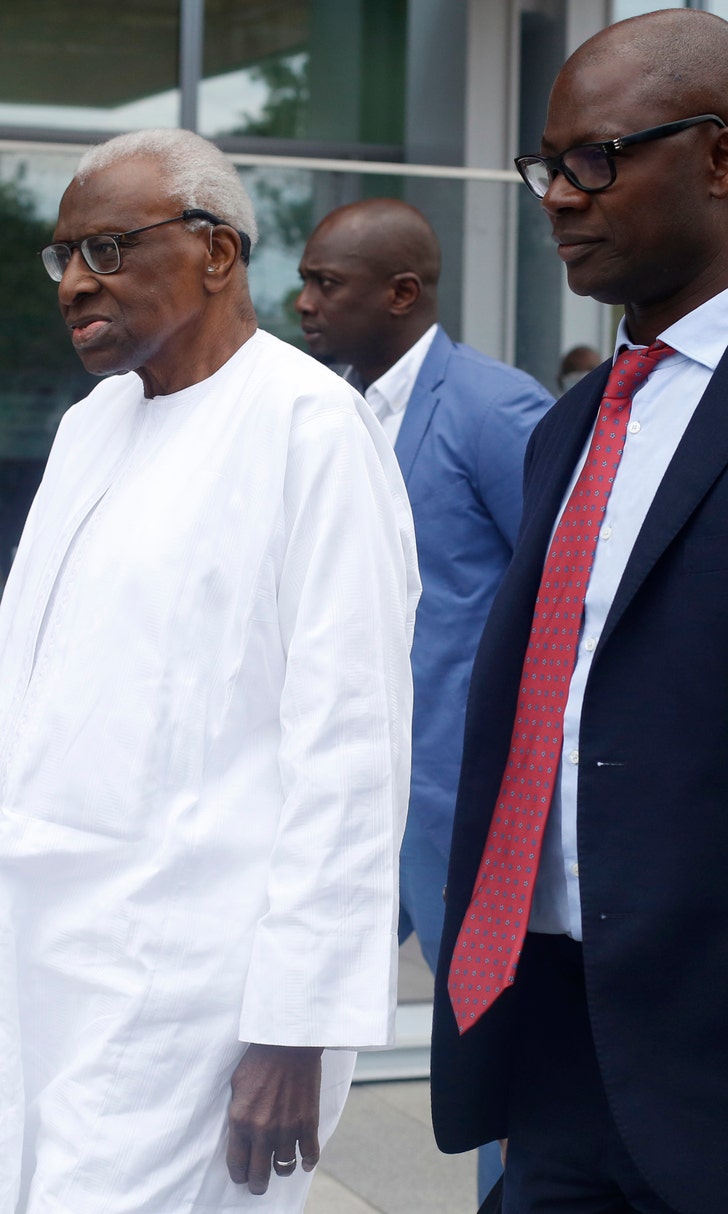 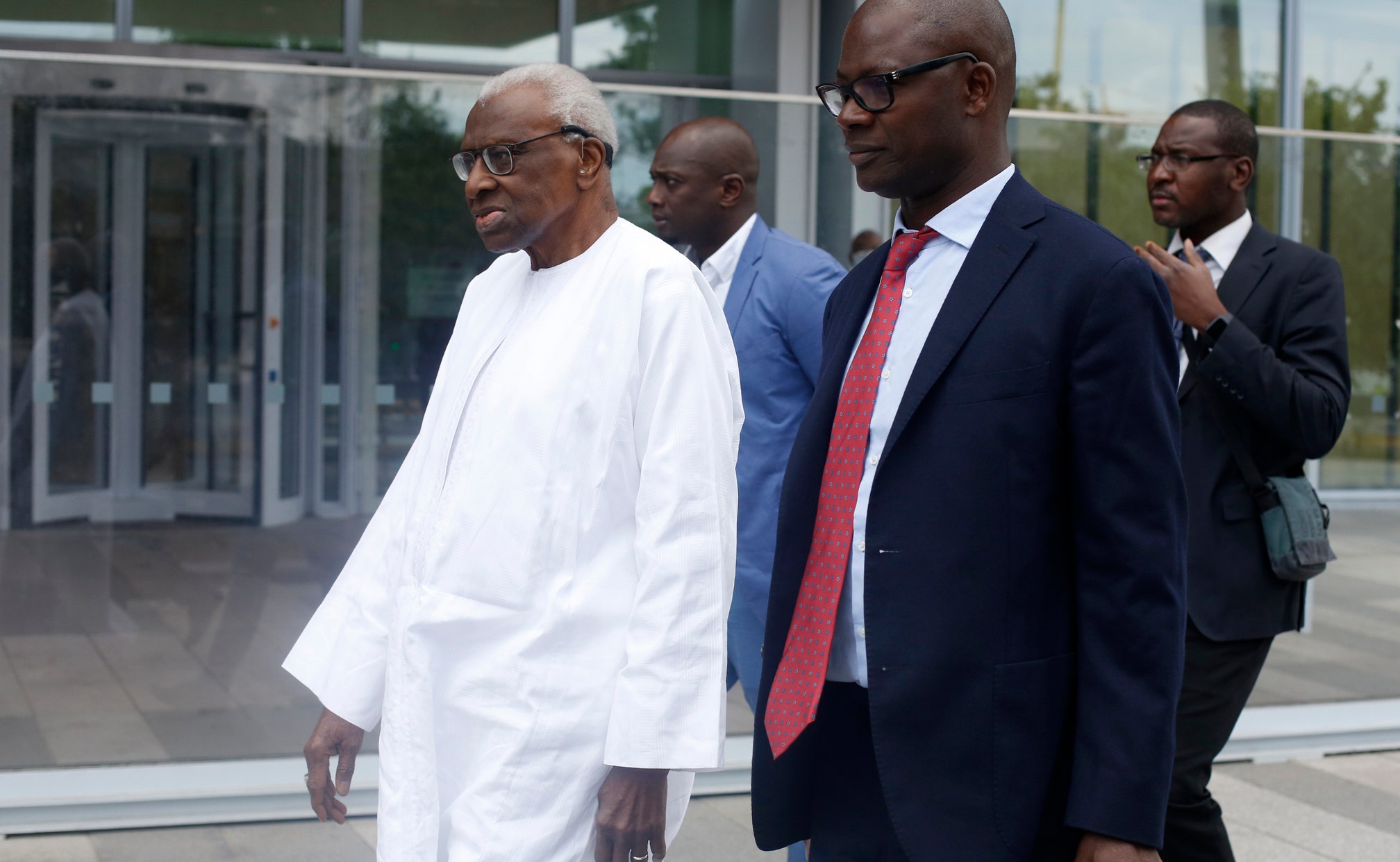 PARIS (AP) — Former IAAF president Lamine Diack pointed a finger of blame at his son, saying he behaved like “a thug,” as he was quizzed in detail for the first time in court Thursday on charges that the governing body of track and field became a nest of corruption and doping cover-ups under his leadership.

The degree to which Diack was aware of the alleged squeezing of hush-money from Russian athletes suspected of doping remained unclear from his often confused, contradictory and uncertain testimony. Frequently, the 87-year-old Diack seemed not to have fully understood or heard lengthy, detailed questions posed by the panel of judges.

Diack acknowledged, however, that he had intervened in the management of suspected cases of doping by Russian athletes, giving instructions that they be handled in a way that would avoid a scandal that could disrupt negotiations with a Russian sponsor and tarnish the 2013 world championships in Moscow.

Rather than having a group of Russian athletes being sanctioned at the same time, “we said the procedures should be spread out,” Diack said.

He repeatedly said that his overriding concern had been to secure long-term funding for the IAAF, including by wrapping up the sponsorship deal with Russian bank VTB.

“It was essential. For that I was prepared to make compromises," Diack said.

Prosecutors say he did much more than just that. Diack and one of his sons, Papa Massata Diack, are on trial on charges of corruption, money laundering and breach of trust. The son is being tried in his absence, having fled in 2015 to Senegal, where he lives. They are accused of having conspired together in a scheme that allegedly squeezed millions of dollars in hush-money from athletes who paid to avoid doping sanctions and keep competing.

Pressed by the chief judge about his son's role, Diack at first gave an inaudible response before saying: “He conducted himself like a thug.”

The prosecution alleges that Diack abused his position to put Papa Massata Diack, who worked as an IAAF marketing consultant, at the center of a system that enabled the son to cream off large chunks from the governing body's revenues.

But when the IAAF's lawyer put it to Diack in court that his son siphoned millions from the VTB deals alone, Diack said he hadn't known.

The prosecution also alleges that the father-son partnership worked together in hushing-up suspected Russian doping cases for money. Diack denies the charge.

His lawyer, Simon Ndiaye, said outside the court that Diack wasn't aware of athletes being squeezed for hush-money.

The judges repeatedly struggled to get clear and coherent answers from Diack. He spoke fluently and with clarity about events early in his life and earlier in his career that were unrelated to the charges against him. But Diack and the judging panel repeatedly had trouble understanding each other in exchanges about details of the case.

“I’m not a doctor but I think that because of his age, there are things he doesn’t fully understand in the questions that are asked of him," Diack's lawyer said.

But he added that Diack “wants to clear his name” and not have it be said that he was unable or unwilling to answer questions.

As IAAF president, Diack oversaw an era when Usain Bolt made track and field wildly popular. But Diack said in court that behind the scenes, the IAAF was in financial difficulty and that he was driven by a need to secure its long-term stability by signing sponsors before his presidency ended in 2015.

“Financial health ahead of everything,” he said.

But lawyers for athletes who are seeking redress say the handling of the Russian cases had a harmful sporting and human cost, forcing their clients to compete against doped Russian runners who should have been suspended.

Testifying by video link, the World Anti-Doping Agency's director general, Olivier Niggli, told the court that the saga dealt a “terrible” blow to the credibility of the anti-doping system and caused lasting damage.

“Confidence with the community of athletes still hasn't been restored today,” he said.