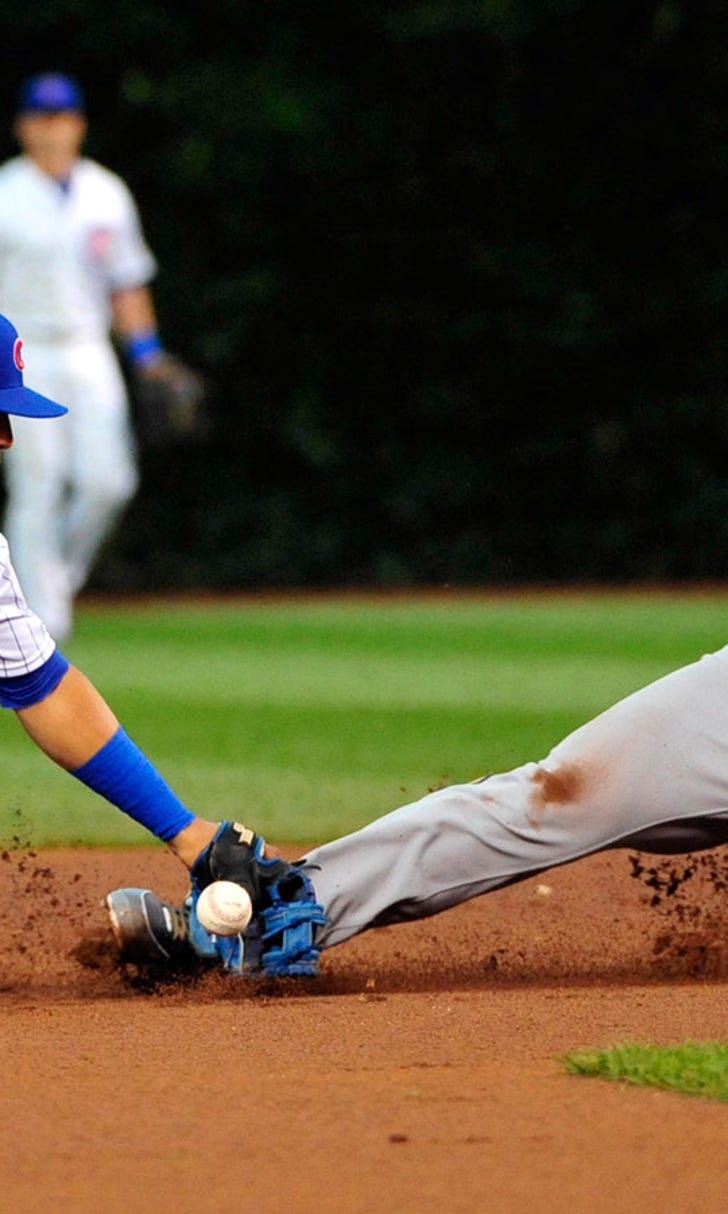 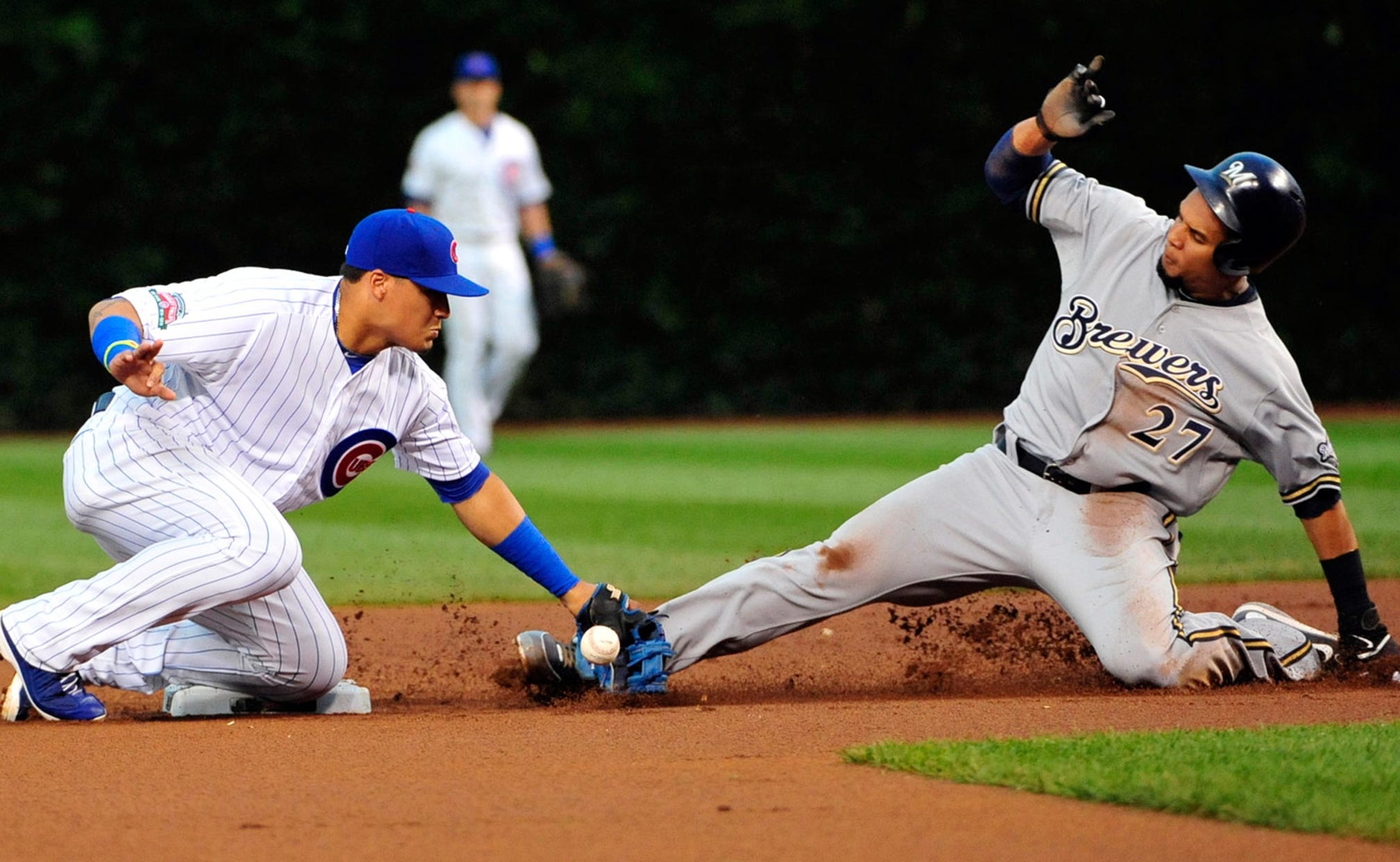 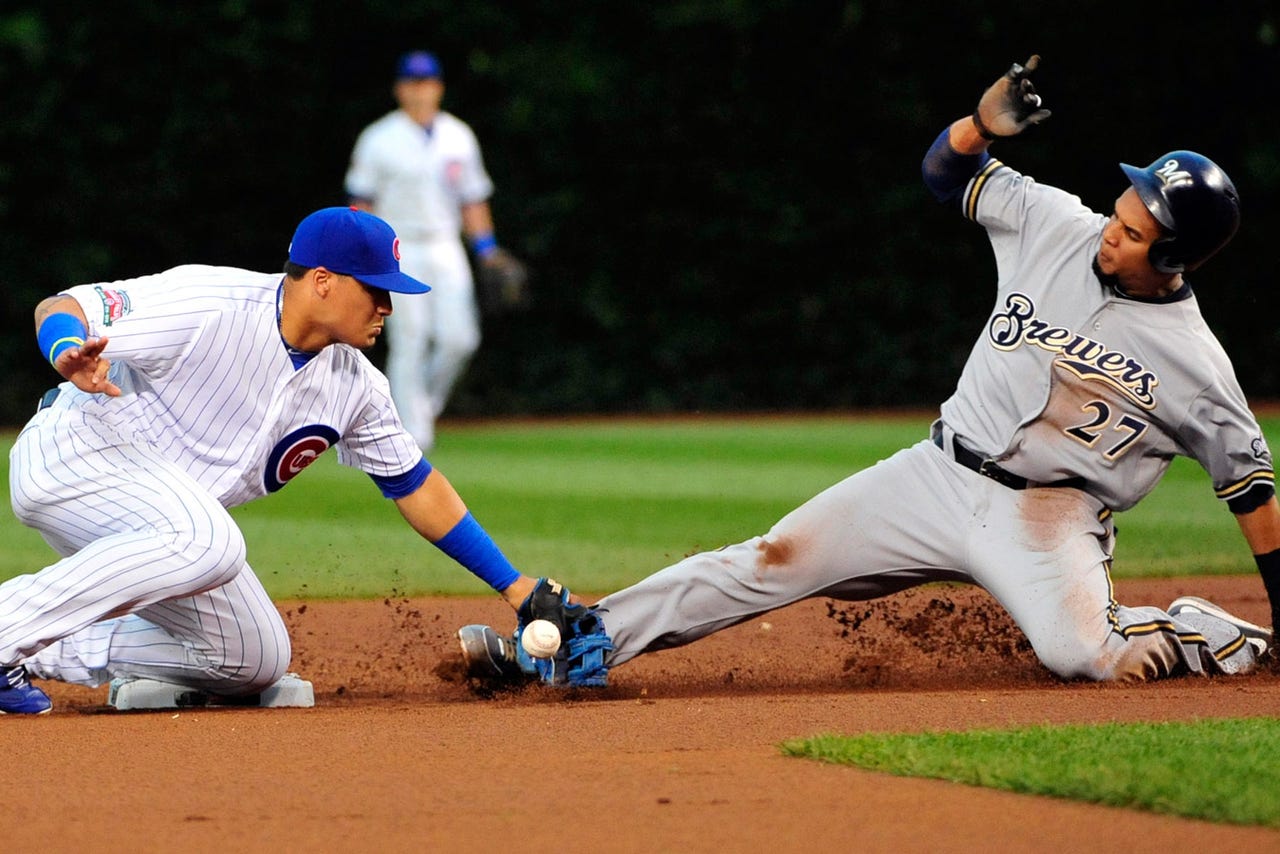 MILWAUKEE -- Already in scoring position with two outs and Jonathan Lucroy at the plate, Carlos Gomez left many scratching their heads Saturday when he was caught stealing third base to end the inning.

With one of his top run producers at the plate and Gomez having the ability to score from second base on the vast majority of base hits, did manager Ron Roenicke think about taking off the green light to steal?

"But, in saying that, when you take things away from a player and you don't allow him to do things, they get frustrated and then you see it starting to get into other parts of their game. It's a battle I've tried to do before, and I do take guys off their own at times. But it's just, 'What are the negatives that are going to come from it?'"

Gomez is a prime example of Roenicke's thought process. The Brewers are adamant in saying Gomez has become an All-Star in Milwaukee because the organization has allowed him to play free of restrictions. The Mets and Twins both controlled the type of player Gomez was, and it didn't work.

This means the Brewers have to live with Gomez swinging so hard he falls down in the batters' box and the fact he'll make some frustrating outs on the bases.

"If you rein him back, then you don't get any of the other stuff you get from him," Roenicke said. "That's what this whole thing has been about. That's why he has turned into a good player, I think. They've tried to do this (control Gomez) for years with him and it hasn't worked, and they haven't gotten the player I think we have right now. The pluses outweigh the minuses."

Much has been made of the aggressive base-running style of the Brewers under Roenicke, as it is quite easy to see when outs are made on the bases and immediately label them as mistakes. There are two different kinds of outs on the bases in baseball, outs caused by aggression and then flat-out blunders.

The Brewers are going to continue aggressively running the bases, and that also means they are going to run into outs trying to create runs. While everyone may not agree with the philosophy, the numbers support Roenicke's style.

According to Baseball Prospectus, the Brewers have created the second-most runs in baseball due to a players' advancement on the bases. The Brewers excel at creating runs by advancing bases on groundballs and on base hits, leading the major leagues in those metrics.

It isn't always clear when the aggressive style of base running helps create a run, but it jumps out when a defender makes a nice play to record an out on a similar play. For example, Ryan Braun was thrown out at third base Sunday while attempting to advance on a wild pitch.

Braun was out at third on a bang-bang play, but it took an impressive recovery and throw by catcher A.J. Ellis to get him. Roenicke is OK with Braun trying to advance in that situation because more often than not he'll be safe at third base with nobody out, and there are quite a few more ways to plate a run in that situation than there are with a runner at second and no outs.

"If you feel free to do things and you're aggressive, it carries over into all parts of your game, no question," Roenicke said. "This whole game is about what goes on upstairs. These guys are all talented by the time they get to the big leagues. They all have physical talents. But it's the mental part.

"Even if you tell a guy to just go station to station, that doesn't help you. Then he just becomes a player like everybody else is."

Not every out made on the bases can be credited to aggression. The frustrating outs are the ones like Gomez made last Saturday, or when a player gets picked off or makes an out at third base on a groundball to the shortstop.

Those types of mistakes seem to be happening more often across all of baseball, according to the Brewers manager.

"I was a different player than these guys are," Roenicke said. "I was talented but not even close to these guys, so I had to really think my way through it. I did not make mistakes like this. Like when you are on second base and a groundball is hit in front of you, and you are taught in Little League to not go, well that never happened to me. I never went.

"Sometimes these guys go. I saw Derek Jeter do it two weeks ago. So, it is a different game. It is a different era. Guys are freer to do more things now than they ever have been. Some guys you can tell things to and it doesn't affect their game. David Eckstein, I could tell him anything and it made him better. A lot of these guys I tell something and it restricts their game. All of a sudden they are not instinctive anymore. Now you don't have a good player."

As far as the green light to steal bases, Roenicke expects Gomez and any other player to know when they can make it. It may seem difficult to know for sure you are going to be safe on a stolen-base attempt, but all teams study the time it takes for the pitcher to release the ball and can compare it to the speed of the runner.

On Saturday, Gomez shouldn't have gone with Lucroy at the plate because the numbers said there was a fairly good chance he would be thrown out.

"The guy (Saturday) was 1.3 (seconds) to home plate," Roenicke said. "That tells you that you better get a great jump or you are not going to make it. If a guy is 1.6 to home, Carlos is going to make it all the time. All the time.

"There are certain people we go up against that we know they have no chance of throwing Carlos out. Same thing stealing second base."