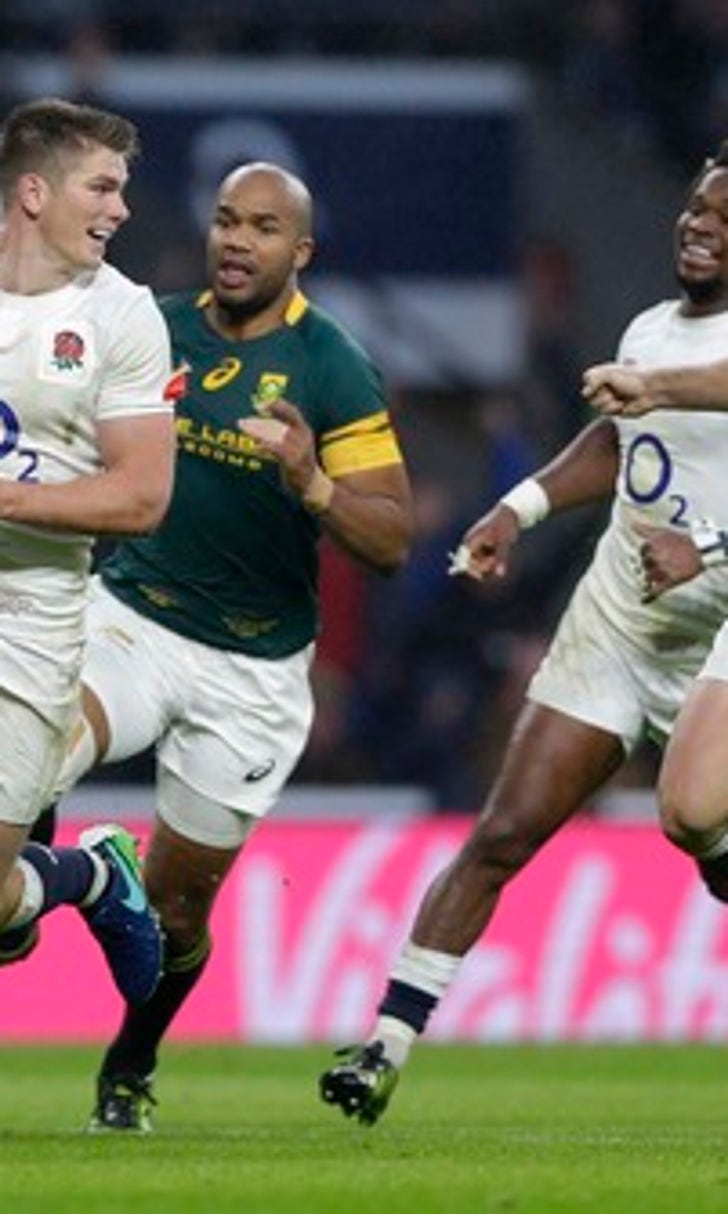 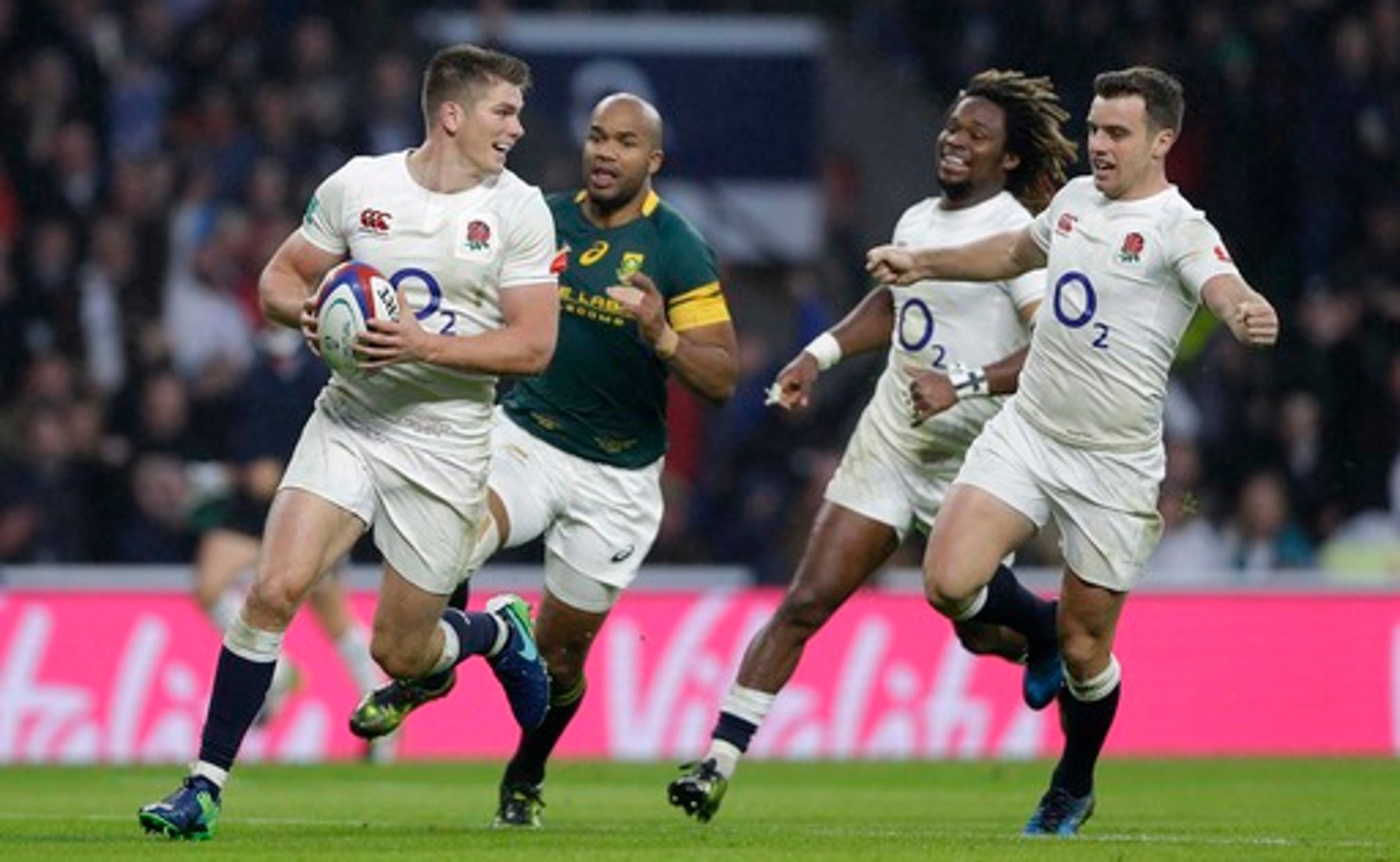 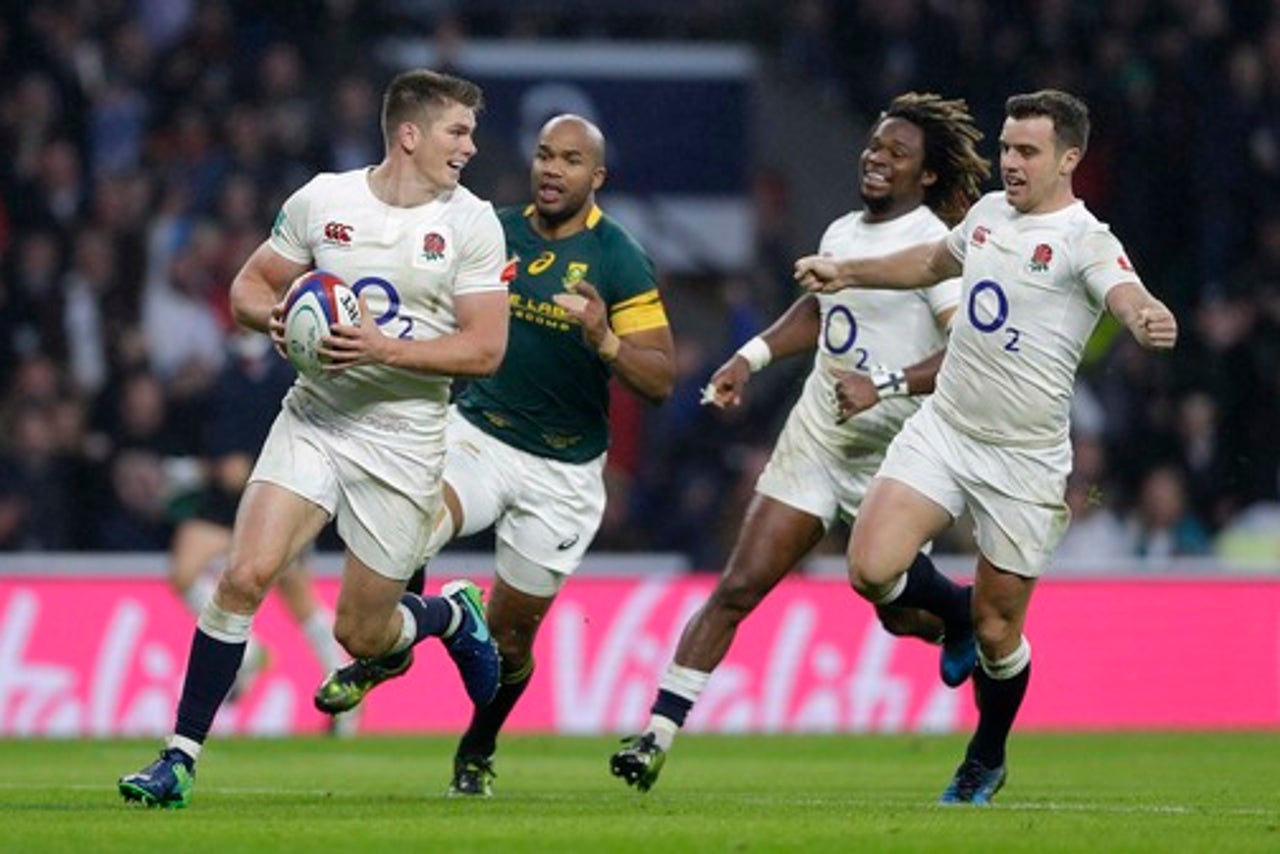 It was a sixth loss in 10 games this year for the beleaguered Springboks, who led 9-7 after 30 minutes but were overwhelmed by a 23-point blitz by England in a 15-minute period either side of halftime.

Recalled pair Jonny May and Courtney Lawes grabbed tries for the home side in the first half before George Ford and Owen Farrell added more after the interval, as England extended its winning run to 11 games - 10 of which have come since Jones took charge after the 2015 Rugby World Cup.

The English hadn't beaten South Africa in their previous 12 meetings, stretching back to 2006, and this result highlighted the direction the two teams are heading.