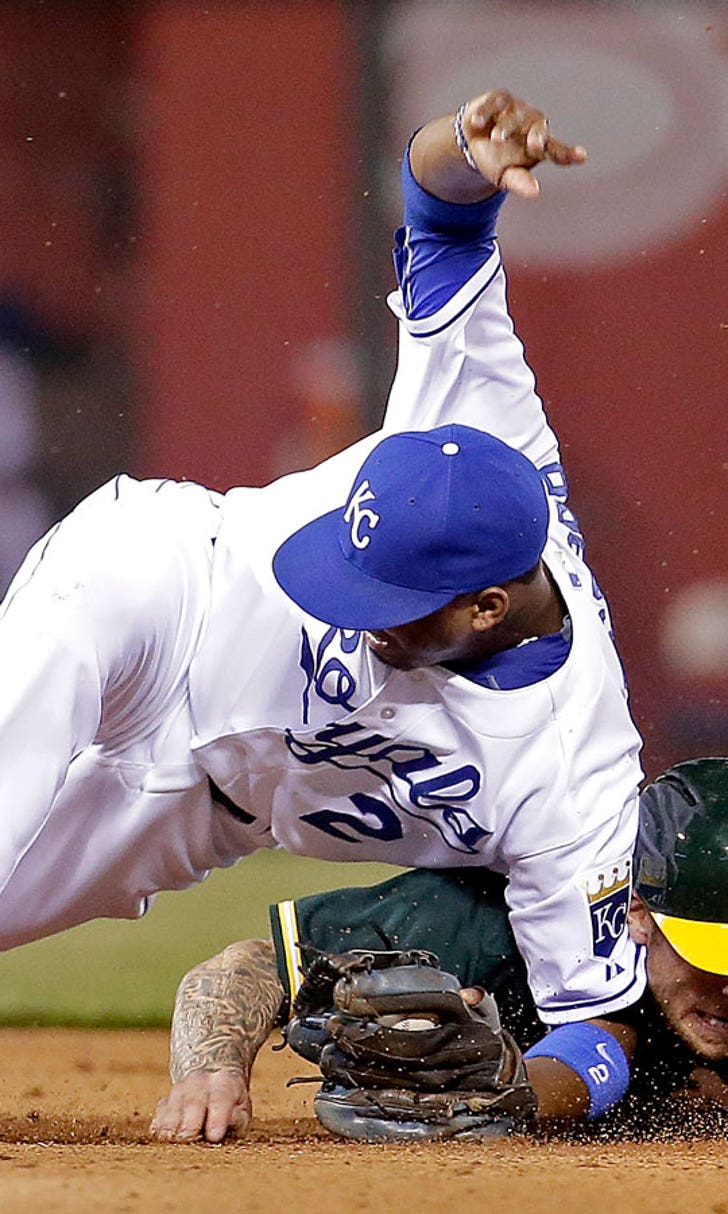 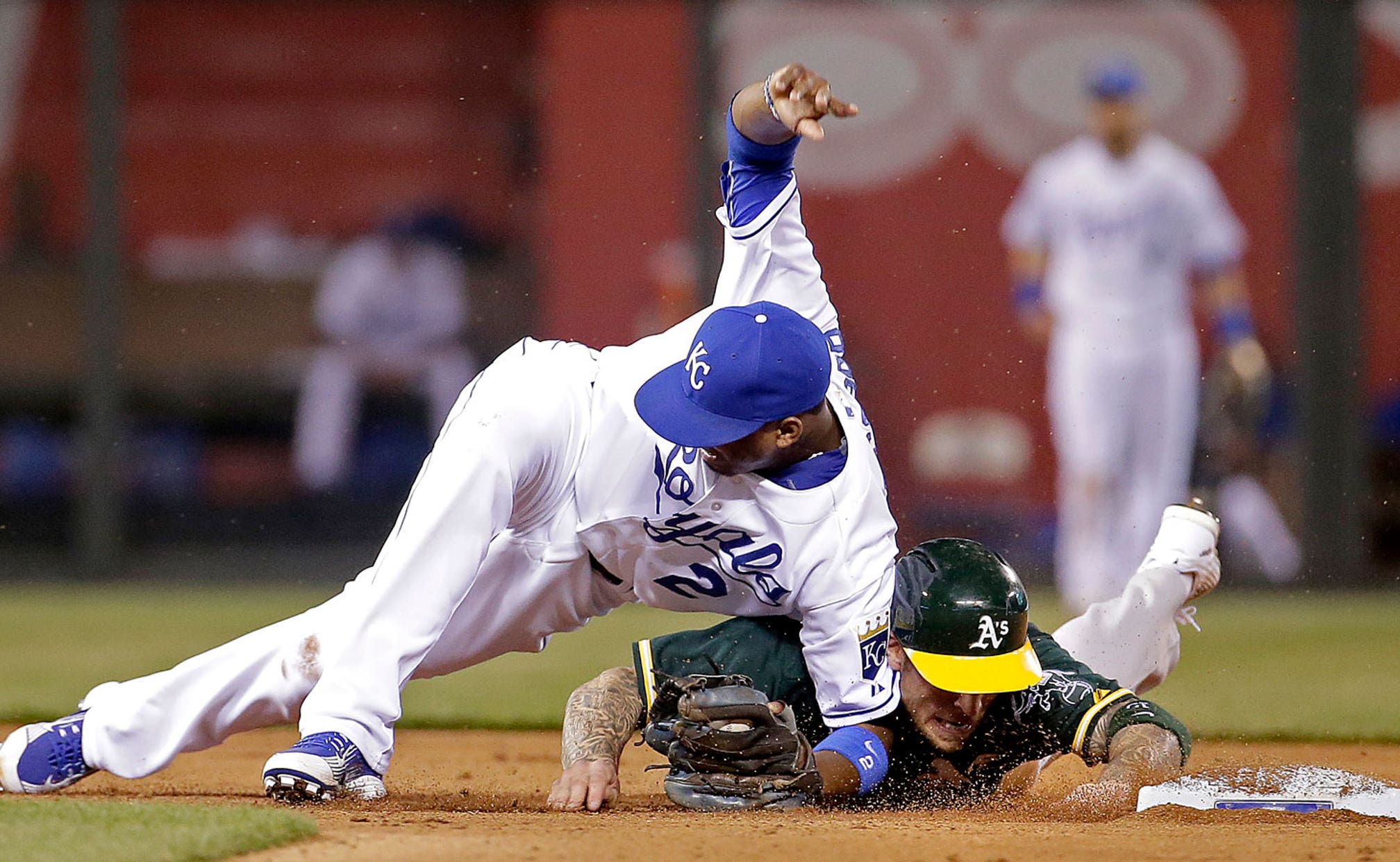 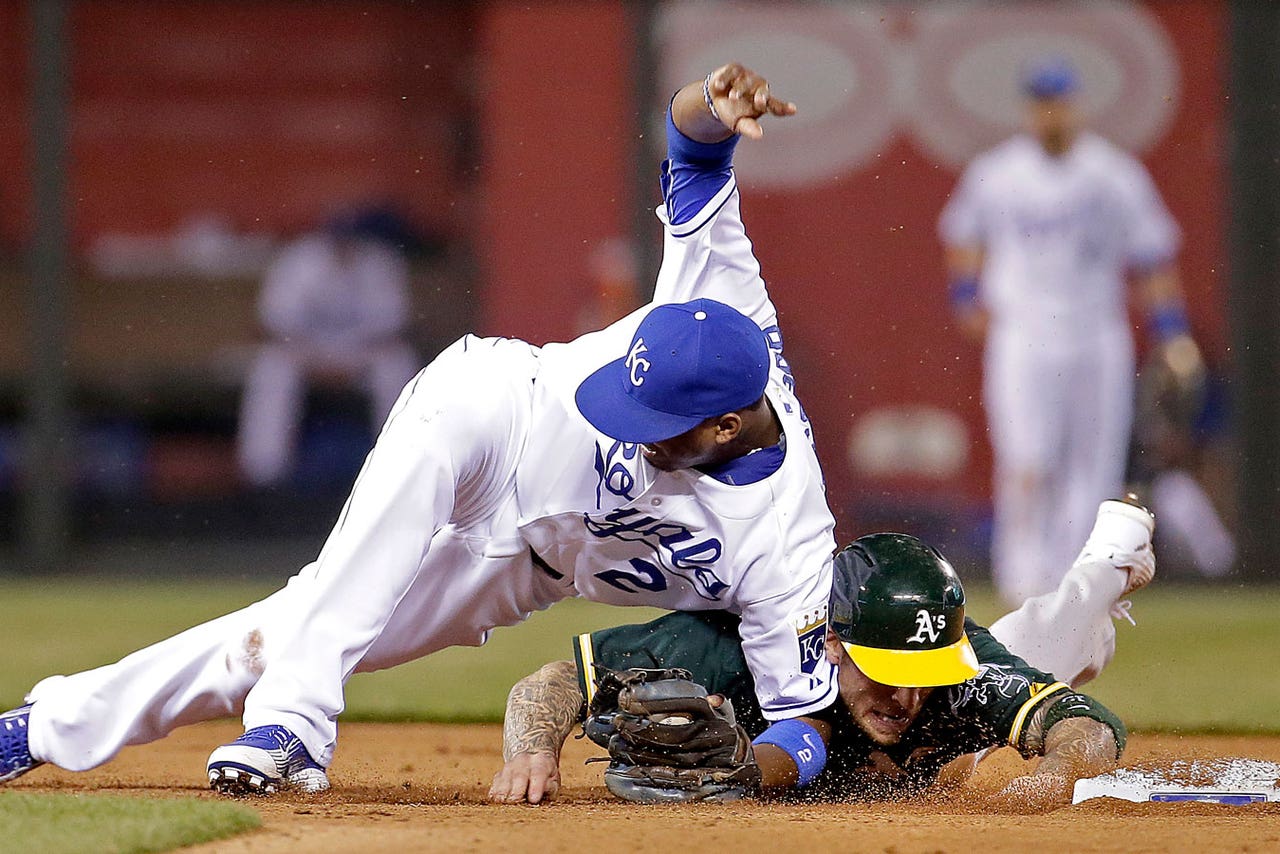 See how it unfolded in the video below:

Alcides Escobar did not start Saturday's game against the Oakland A's, one day after Brett Lawrie's hard slide forced the Kansas City Royals' starting shortstop out of a game.

Escobar, who was diagnosed with a mild left knee sprain and contusion, reported that Lawrie did not reach out to him, via text or call, to apologize for the slide. Lawrie, however, showed reporters a text exchange, supposedly with Escobar, featuring his apology.

According to the San Francisco Chronicle, Escobar's response to Lawrie was in Spanish and consisted of, "That's stupid, you did it on purpose." But Escobar told a Royals spokesman that he responds to English messages in English.

During the seventh inning of Friday's 6-4 Royals win, Josh Reddick lined a Kelvin Herrera pitch back up the box, ricocheting off Herrera and rebounding to third baseman Mike Moustakas, who flipped the ball to second to force out Lawrie. Lawrie's slide, however, collided with Escobar, the pair's feet and knees clashing before Escobar rolled over in pain.

Lawrie said he was simply trying to break up a double play and did not intend to hurt Escobar, though his slide was a tad to the third-base side and slightly late. Escobar didn't see the play as a double-play opportunity, and deemed the slide a dirty one.

"In that situation, for me, that's a dirty slide," Escobar said. "If it was a double-play situation, he is going to slide hard. That's the first out, you can slide a little more easy."

On Friday, Royals manager Ned Yost said the slide was not a dirty one because Lawrie could have been surprised by Moustakas' toss to second. He did not agree with Lawrie's explanation that he was breaking up a double play.

"Esky was spread out like a first baseman and he (Lawrie) slid late and slid hard," Yost said. "It's just one of those things where you can ask five people, and five people last night said it wasn't and five people today said it was. You have to make your own determination."

Escobar had to be helped off the field Friday night, unable to put any weight on his left leg. He said he could have played Saturday night, but it would have been a hard task.

Yost said Escobar's absence would be short, one that potentially could have ended already if Escobar's pregame running went well. Escobar played all 162 games last season and has started the first 10 contests this year.

Escobar thought the worst initially, before trainer Nick Kenney evaluated him and Escobar realized it would be OK.

Christian Colon replaced Escobar at short Friday and started in his place Saturday.