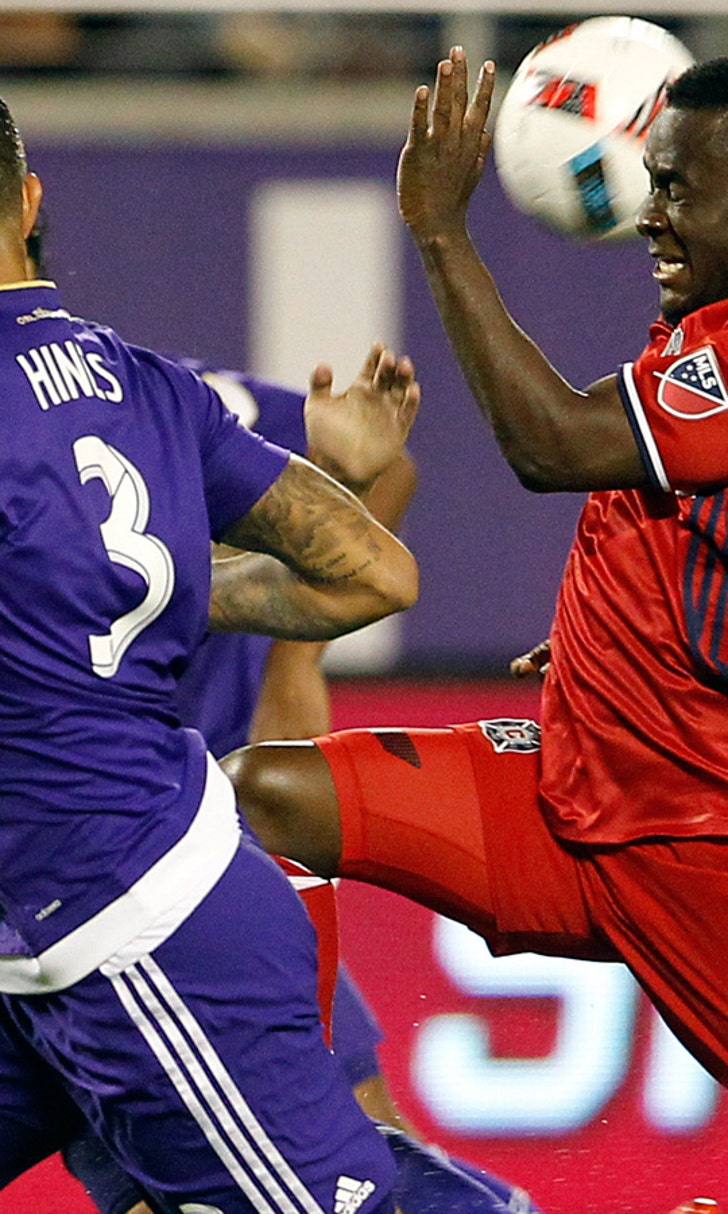 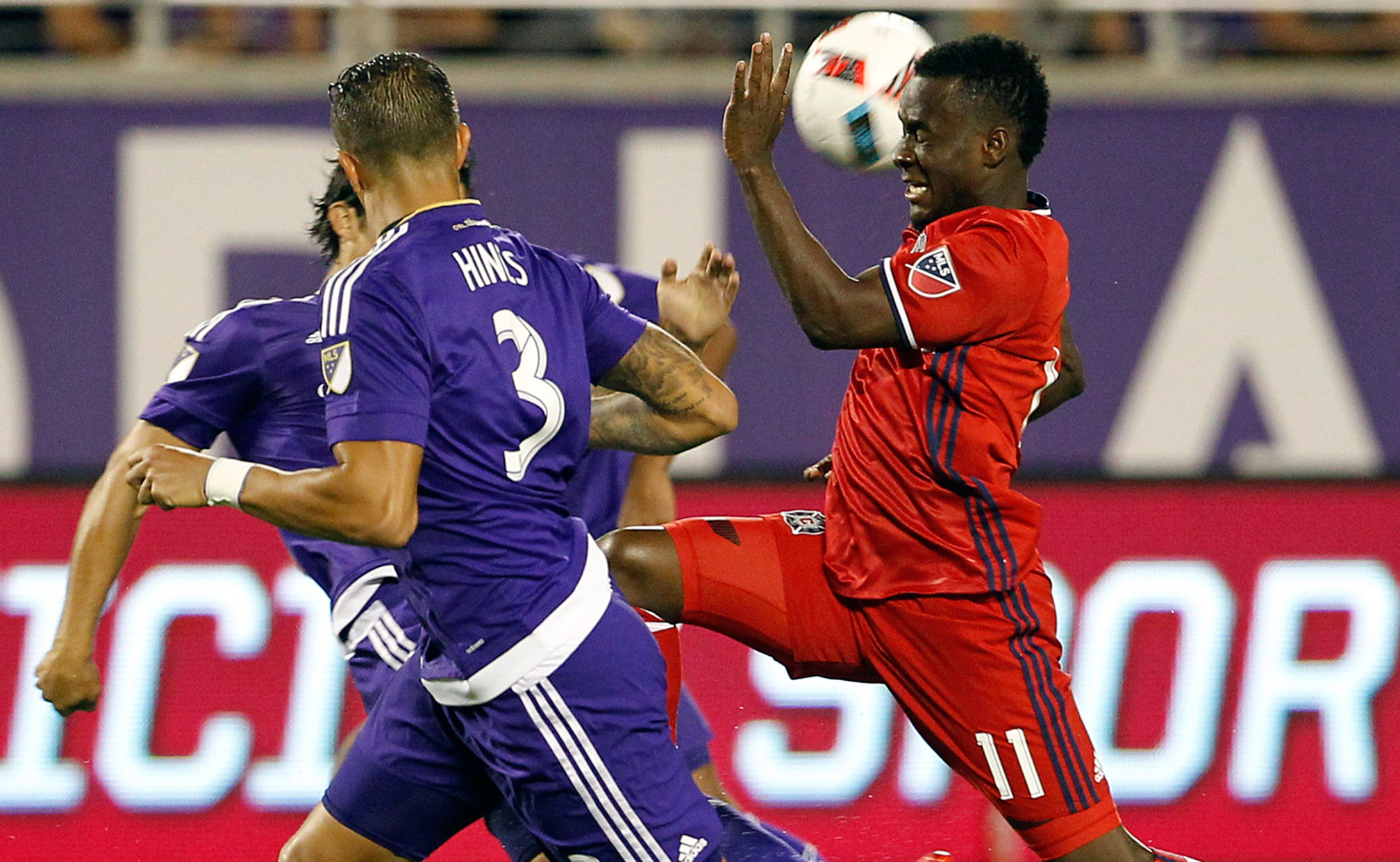 ORLANDO, Fla. (AP) -- David Accam scored the tying goal for Chicago in the 14th minute in the Fire's 1-1 draw with Orlando City on Friday night.

Cyle Larin scored for Orlando City (0-0-2) in the fourth minute.

Chicago (0-1-1) was reduced to 10 men in the 32nd minute when defender Michael Harrington was sent off for a reckless tackle on Brek Shea.

Orlando star Kaka missed his second straight game because of a thigh strain.

Cyle Larin
share story
those were the latest stories
Want to see more?
View All Stories
Fox Sports™ and © 2020 Fox Media LLC and Fox Sports Interactive Media, LLC. All rights reserved. Use of this website (including any and all parts and components) constitutes your acceptance of these Terms of Use and Updated Privacy Policy. Advertising Choices. Do Not Sell my Personal Info