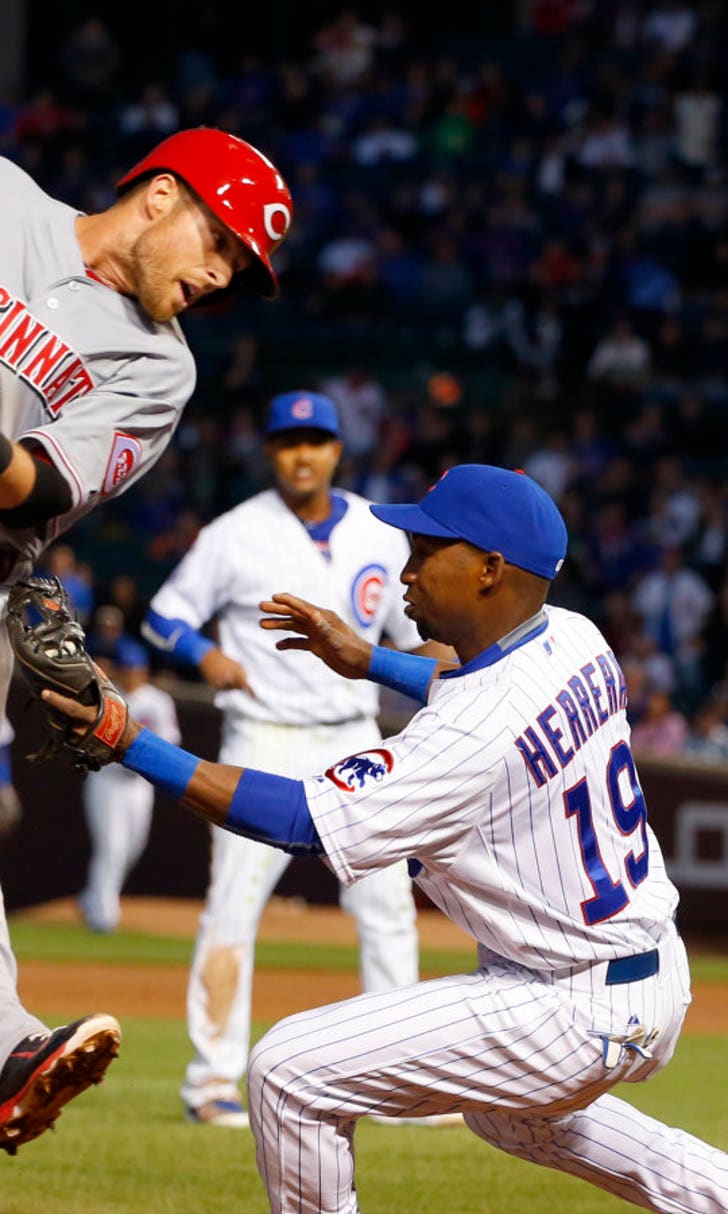 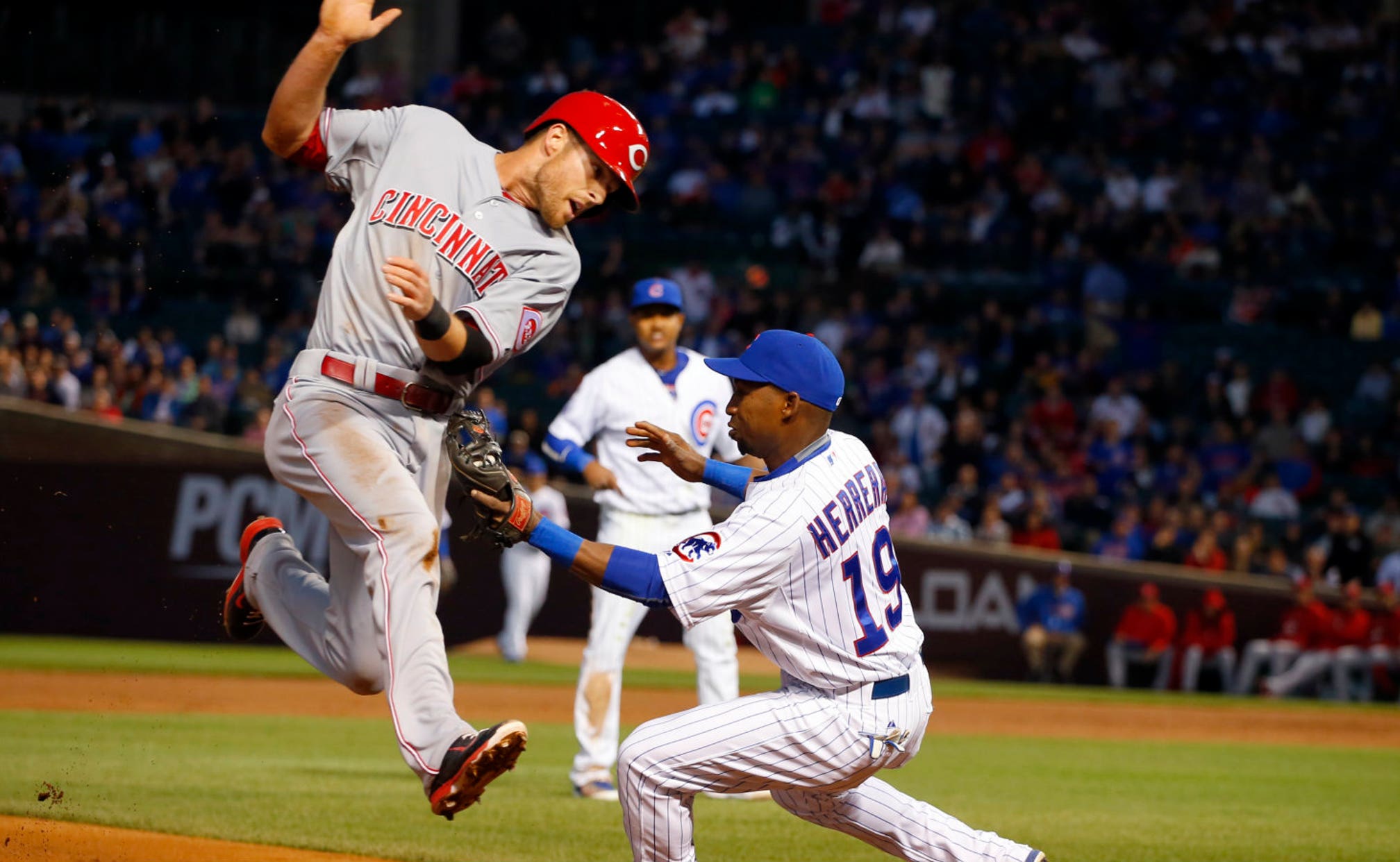 Cubs rally to beat Reds in 10 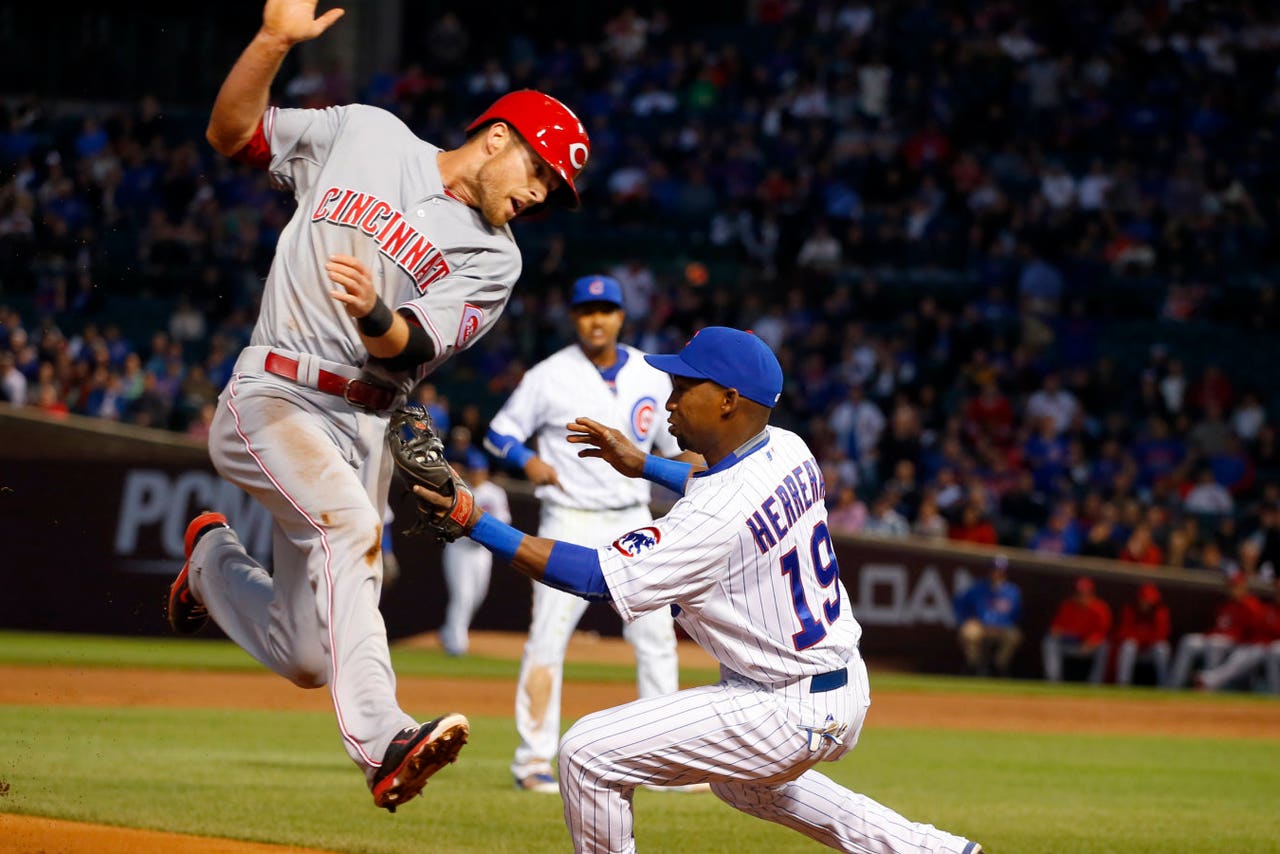 CHICAGO (AP) -- Jorge Soler homered twice and Arismendy Alcantara had a game-ending RBI single in the 10th inning to lift the Chicago Cubs to a 7-6 victory over the Cincinnati Reds on Monday night.

Chris Coghlan had three hits and a homer as the Cubs came back from three runs down to overcame a rough start by Jon Lester, who gave up six runs and 10 hits in six innings as his ERA ballooned to 7.84.

Brandon Phillips had four hits for the Reds, while Marlon Byrd and Jay Bruce each drove in two runs.

Anthony Rizzo led off the 10th inning with a walk against Manny Parra (0-1). Reds manager Bryan Price decided to stay with the left-handed Parra against Soler, who hit a pair of two-run homers earlier.

After a wild pich moved Rizzo to second, Soler singled to left on a 3-2 pitch with Rizzo stopping at third. Coghlan walked to load the bases with no outs and chase Parra.

Burke Badenhop came on and got Starlin Castro to ground into a force play at the plate, and Alcantara followed a sharp grounder up the middle and past the drawn in infield.

It was Alcantara's first hit of the season and his first career walk-off hit.

Lester, who gave up three runs in 4 1-3 innings in his Cubs debut last week, got off to a rocky beginning in this one. He allowed four hits in the first inning -- including two extra-base hits -- as the Reds scored three runs on RBIs by Todd Frazier, Byrd and Bruce.

However, the Cubs rallied to tie the score in the bottom of the inning Soler's two-run homer and Castro's RBI single.

Lester retired 12 of 13 batters before Phillips had a one-out single in the sixth. That was the first of four straight hits -- including run-scoring doubles by Byrd and Bruce -- as the Reds took a 6-3 lead.

The Cubs got a run back in the bottom of the inning as Coghlan led off with his second homer of the season, but starter Mike Leake retired the next three batters to end the inning.

The Cubs tied the score in the eighth on Soler's second two-run shot of the game, this time against reliever Jumbo Diaz.

Reds: C Devin Mesoraco stayed in Cincinnati to undergo an MRI on his ailing left hip. ... OF Billy Hamilton didn't start because of what the team described as general soreness.

Cubs: 2B Tommy La Stella hasn't played since April 8 because of a strain in his right side. If La Stella doesn't improve soon, a stint on the disabled list is likely. ... 3B Mike Olt (sore right wrist) originally was in the lineup but was scratched about 90 minutes before the game.

The series continues Tuesday night with the Cubs' Jake Arrieta (1-0, 0.00) looking for his second win of the season against RHP Anthony DeSclafani (0-0, 3.00). Arrieta is 2-1 in three career starts against Cincinnati, taking a no-hitter into the seventh inning twice.