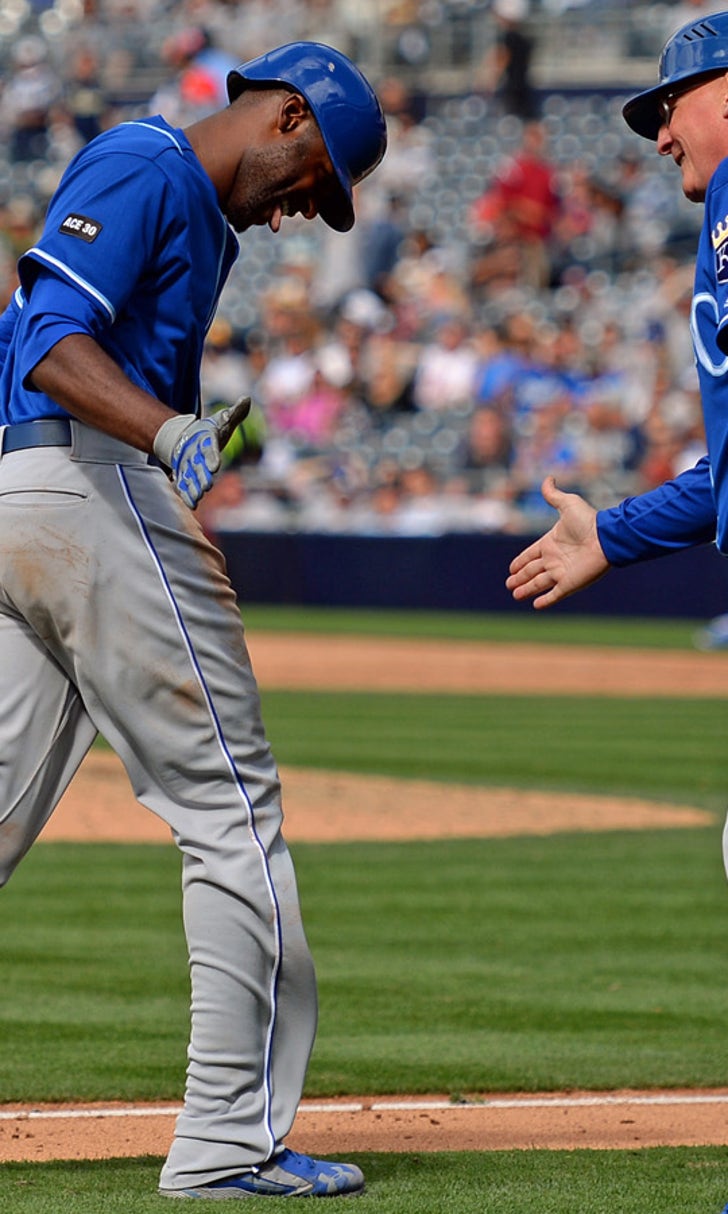 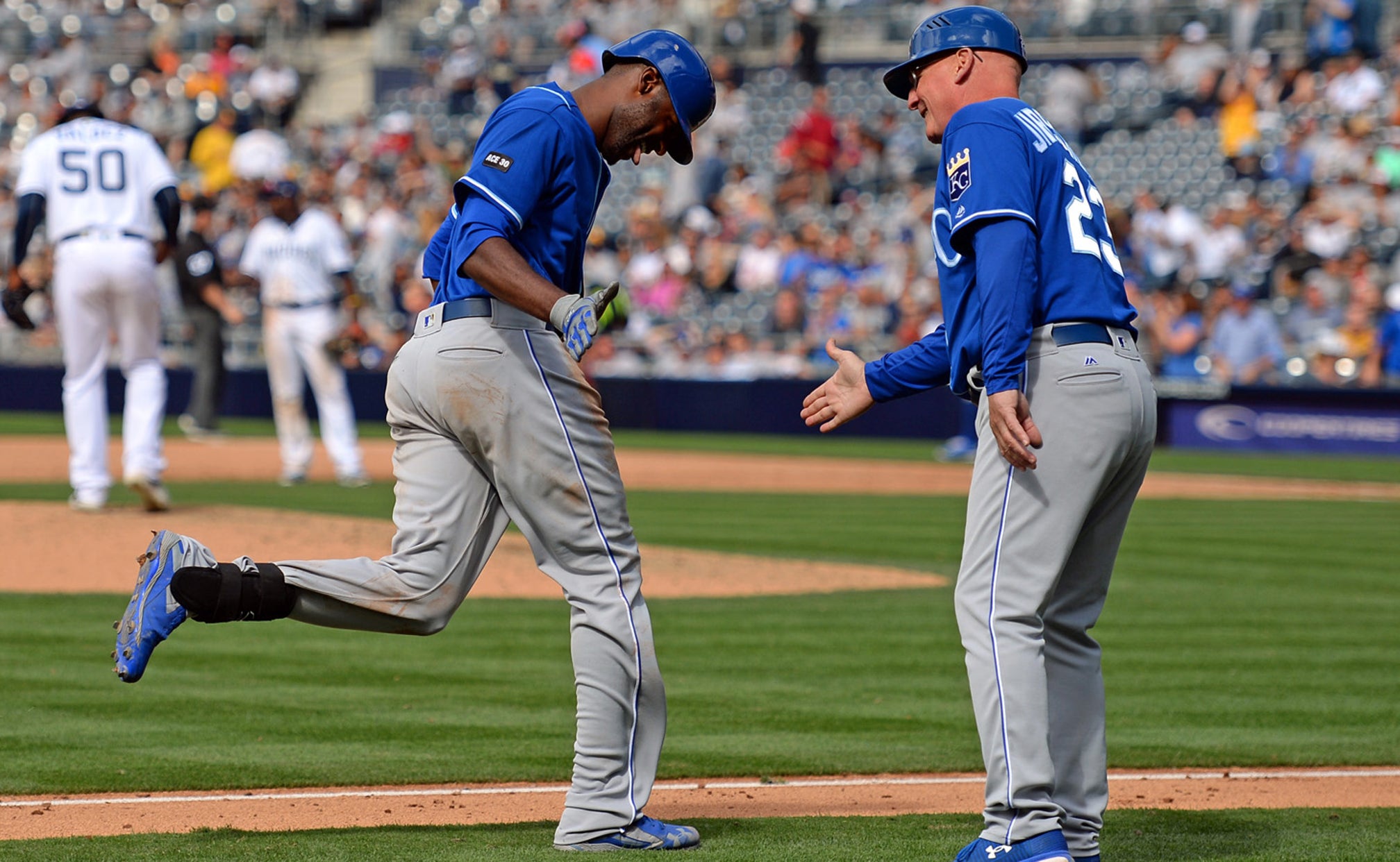 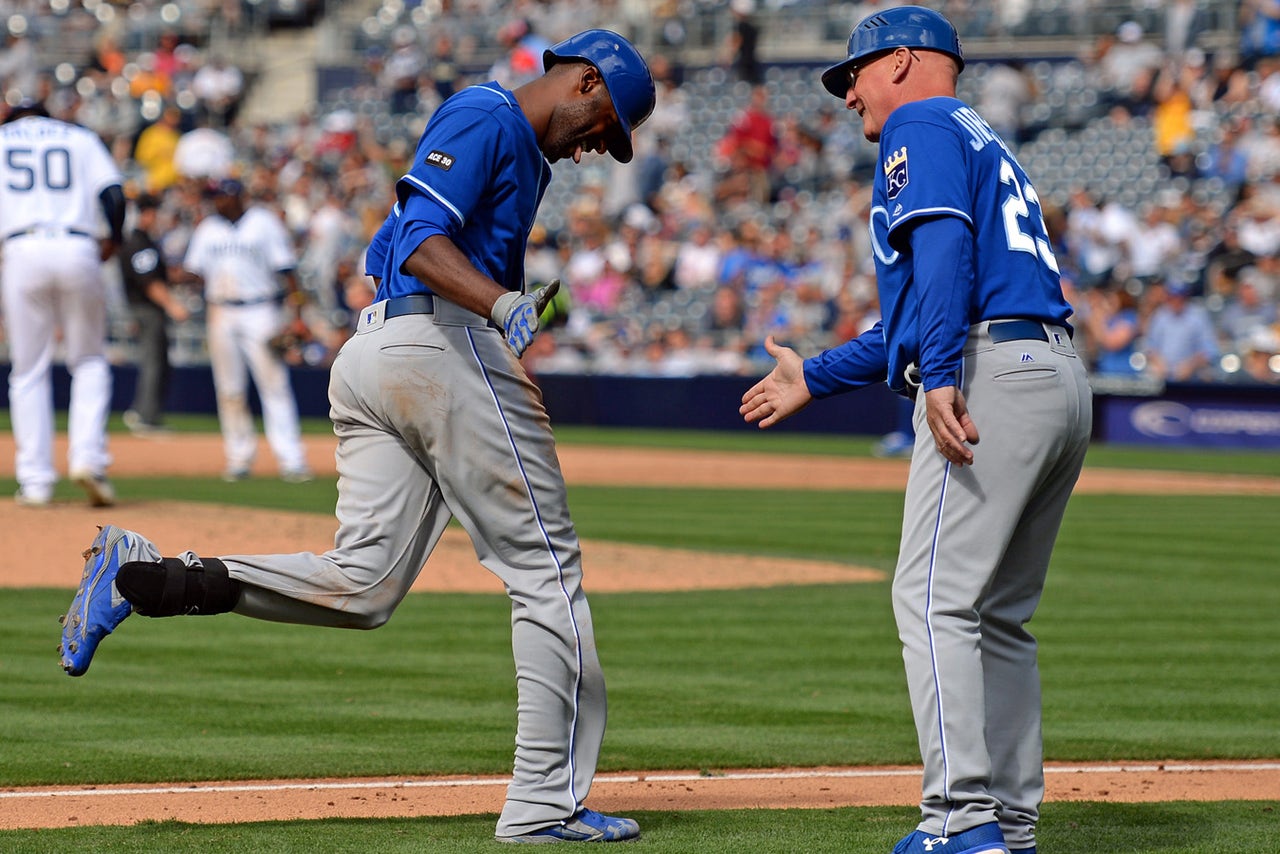 Hosmer and Perez hit home runs as part of a nine-run eighth inning that also included Lorenzo Cain's grand slam, sending the Royals to a 12-6 victory Saturday over the San Diego Padres.

Cain homered twice, and Alcides Escobar hit his first home run of the year as the Royals hit five home runs for the first time since July 23, 2003, at Minnesota.

At the All-Star Game last year in San Diego, Hosmer and Perez homered in the first inning. Hosmer took away the game's MVP award.

Hosmer homered in his return to Petco in March for the World Baseball Classic and struck again Saturday with a two-run tying shot off San Diego's best reliever, Brad Hand.

"I've had some great moments here," Hosmer said. "Don't know what the cause of that is, but I definitely enjoy it when this San Diego trip is on the schedule."

Hosmer said Cain set him up against Hand by opening the eighth with a single off the lefty.

Hosmer, the next hitter, said he sought a fastball from Hand because "he's really pitched off that slider all year well."

With the speedy Cain on first base, the lefty Hosmer hit a 1-0 fastball over the left-field wall.

The ball landed in the seats near where he drove the All-Star Game home run, off former Royals teammate Johnny Cueto.

"That's the benefit of hitting behind 'Lo' Cain," Hosmer said. "Any time he gets on first, he's a baserunning threat to steal as well. So after the first slider, I knew there was a good chance I might get a fastball. It might be the only one I got, so I just wanted to make sure I was on time and not miss it."

Perez followed with a home run, the 100th of his career. Noting the wear and tear a catcher takes, Hosmer called the total "really impressive."

Counting the 2016 All-Star Game, Perez has homered in his past three games at Petco.

Cain capped Kansas City's highest-scoring inning since a 10-run first against the Cleveland Indians on Aug. 23, 2006, hitting his slam off a 97-mph fastball from Jose Valdez.

"Two-seamer, inside," Cain said. "I pulled my hands inside and the ball ended up getting out for me. It was huge."

The grand slam was Kansas City's first this season and Cain's second of his career. Cain also hit a solo shot in the sixth, and has six home runs this season.

Pirela bounced a two-run double over third baseman Mike Moustakas during a three-run fifth that made it 4-1.

Miguel Diaz made his first major league start after 21 relief appearances. The rookie didn't get an out in the third inning, leaving with the bases loaded and none out.

Padres manager Andy Green said Diaz "was probably a little bit over-amped, starting for the first time, not throttling himself a little bit so he could get a little bit deeper into the ballgame."

Reliever Craig Stammen bailed him out, striking out Jorge Bonifacio and getting a double-play grounder from Cain that kept the Padres ahead 1-0.

Escobar's drive, off Stammen, made it 1-all in the fifth.

Padres: 1B Wil Myers was scratched from the lineup because of an illness. After originally being in the lineup at third, Pirela replaced him at first and had a throwing error in the first inning.