Every summer, Dean Lombardi, the Los Angeles Kings' General Manager and Alternate Governor, has a meeting with Philip Anschutz in Las Vegas. Lombardi puts together a "list of concerns" about the team and the organization for the owner of AEG.

After failing to even make the playoffs this year, the list is quite sizable.

So what went wrong following three banner seasons? Lombardi, just as beleaguered as the core of his roster, sat down with reporters Sunday afternoon to discuss the burning questions that follow the Kings after a the most disappointing season in six years.

Was Darryl Sutter locked out of the dressing room?

Some time during the Kings' final game on Saturday, a report by the New York Post's Larry Brooks surfaced saying the team locked coach Darryl Sutter out of the dressing room in Vancouver last week. The report said the team even went to the extent of barricading the door with trash cans and Sutter was forced to contact arena operations to get them to unlock the door.

Lombardi said the report was "factually inaccurate", but it did happen - just not in Vancouver. It happened in Tampa Bay, early in February, right before L.A. went on to win eight-straight games.

While Lombardi took issue with the report and the time it was published, he did not have a problem with the team's actions.

"Obviously, one of the problems this year was just that, that for whatever reason, we weren't where we needed to be mentally," Lombardi said. "Maybe the way to do it was, 'We don't need to hear from you now. We got it,' and go out and get it done. Maybe you don't have to go to that extreme. But the point is, what happened there, that's what needs to happen. The players need to take over the room emotionally, and if they want to go in there and say, 'Coach, stay out, I've got this one. We know how to win,' I've got no problem with that."

Lombardi also refuted any notion that Sutter might on the hot seat - for this particular incident or any other.

Why couldn't the team "flip the switch"? 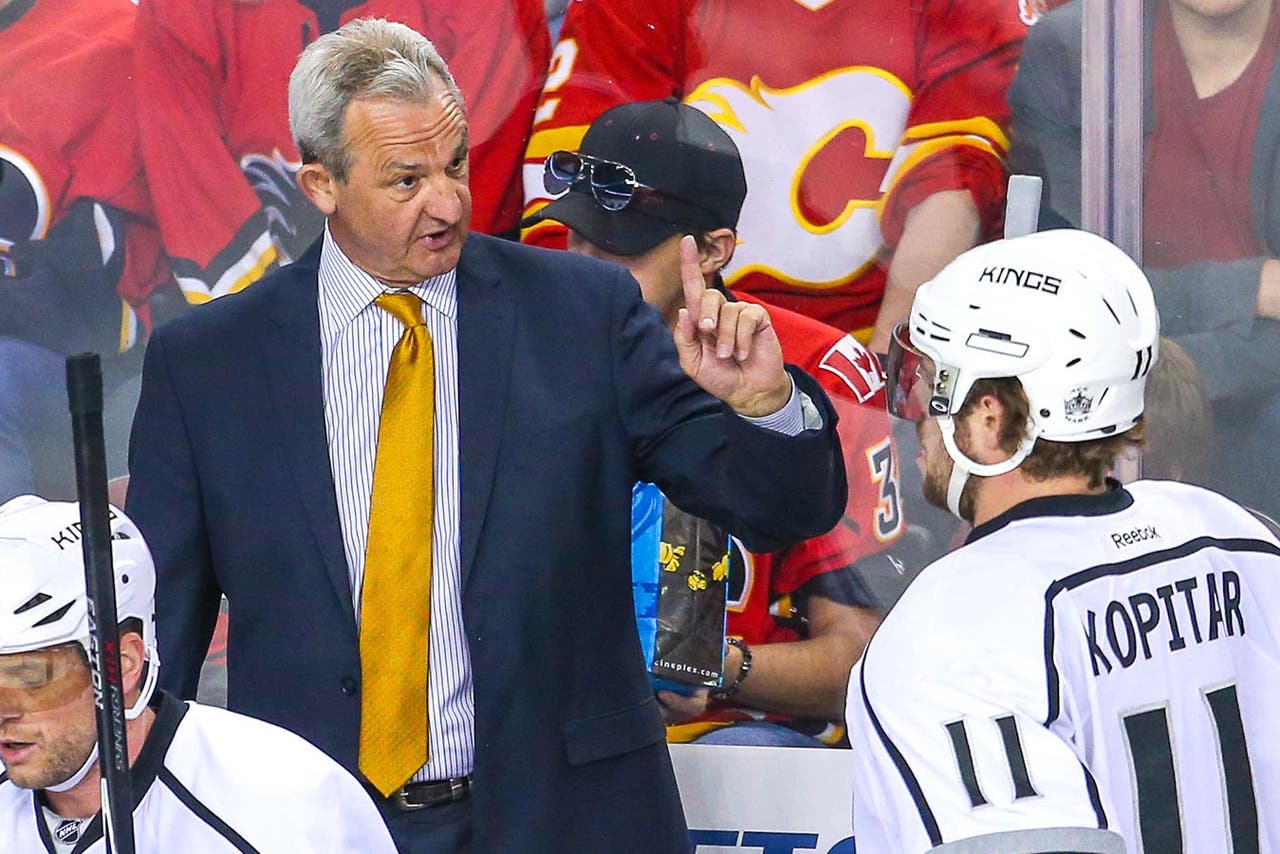 That final road trip to Western Canada was telling: The team that had played more hockey than any other other in the last three years was exhausted. "Flip the switch" had been the mantra over the last two years after the Kings got off to slow starts only to speed to the finish line. This year, they didn't have enough to get to the finish.

"The team was as frustrated as we all were that we couldn't get that car revved up," Lombardi said. "And when did, it ran out of gas."

Lombardi felt it started last summer. There was a collective failure to put together a comprehensive offseason training plan that factored in the amount of hockey that most of the team had played.

"We didn't have a definitive game plan to deal with that," he said. "We did not put something in place that said, 'Wait a minute, there's a way to get them in shape, but it can't be the way we've traditionally done it, because they've played for three years.' If you've got four months to get ready like Edmonton did it, it's not realistic to say that program is the same program for a team that's played into June the last three years.

"Quite frankly, we didn't have that in place."

Lombardi admittedly that the game plan was not to play Drew Doughty or Jonathan Quick as much as they were used, but as plans changed when Slava Voynov was suspended and the team struggled to earn points, the core players weren't afforded much rest.

As the energy level waned, so did the emotional level. Lombardi also mentioned how difficult it was to film the EPIX show, "Road to the Stadium Series" at a time when the team was struggling. Despite the win in that game, it did the team no favors.

"It really got everybody to the breaking point," he said. "Nobody is happy and everybody is grumpy and there's a camera in your face."

How far are the negotiations with the key free agents? 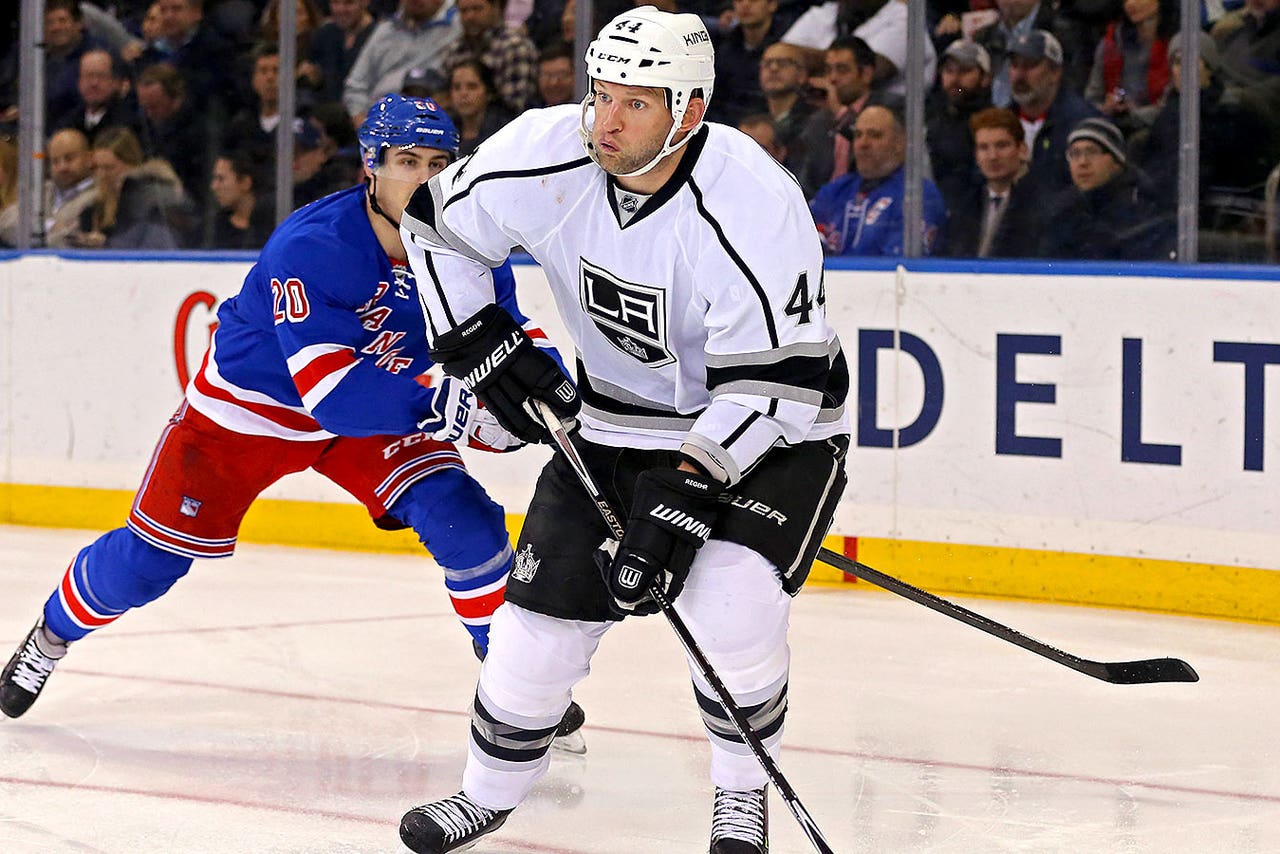 At the moment, not very far.

Earlier this season, negotiations with impending unrestricted free agents Jarret Stoll and 2014 Conn Smythe winner Justin Williams were tabled. But because the salary cap for next season has still not been set, Lombardi has not been able to restart negotiations.

Tyler Toffoli, a restricted free agent, has been in continuing talks with Jeff Solomon, the VP of hockey operations.

Lombardi values loyalty over all else and he's been exceptionally loyal, sometimes to a fault (for example: Not buying out Mike Richards), to the players that have helped bring all the recent success. But the reality is that the Kings may not be able to keep both Stoll and Williams - especially as centers Andy Andreoff, Nick Shore and Jordan Weals continue to develop.

"There are a lot of special people in that room and we're not going to be able to bring everyone back," he said. "I am not giving up on the idea of loyalty as a way to build a team. But, you better exercise it very judiciously."

Lombardi said it's likely that they will exercise a buyout with the struggling Richards, but gave no indication that a move is imminent.

Can Kings Hockey still be successful?

The game shifted very quickly this season. There's more of an emphasis on speed and skill and far less of one on a physical, defensive foundations. The Kings won two Stanley Cups with a low-scoring, defense-first mindset, but that system wasn't as successful without the right personnel this season. With the salary cap issues, the improvement of the Western Conference and the evolution of the game, it begs the question of whether or not the team should start to veer away from its principles.

"How much are you willing to tolerate losing those puck battles, not protecting the puck and paying that price in order to get skill? How far do you want to go with that?" Lombardi said. "I'm not sure and I'm not ready to move that needle too far to the right." 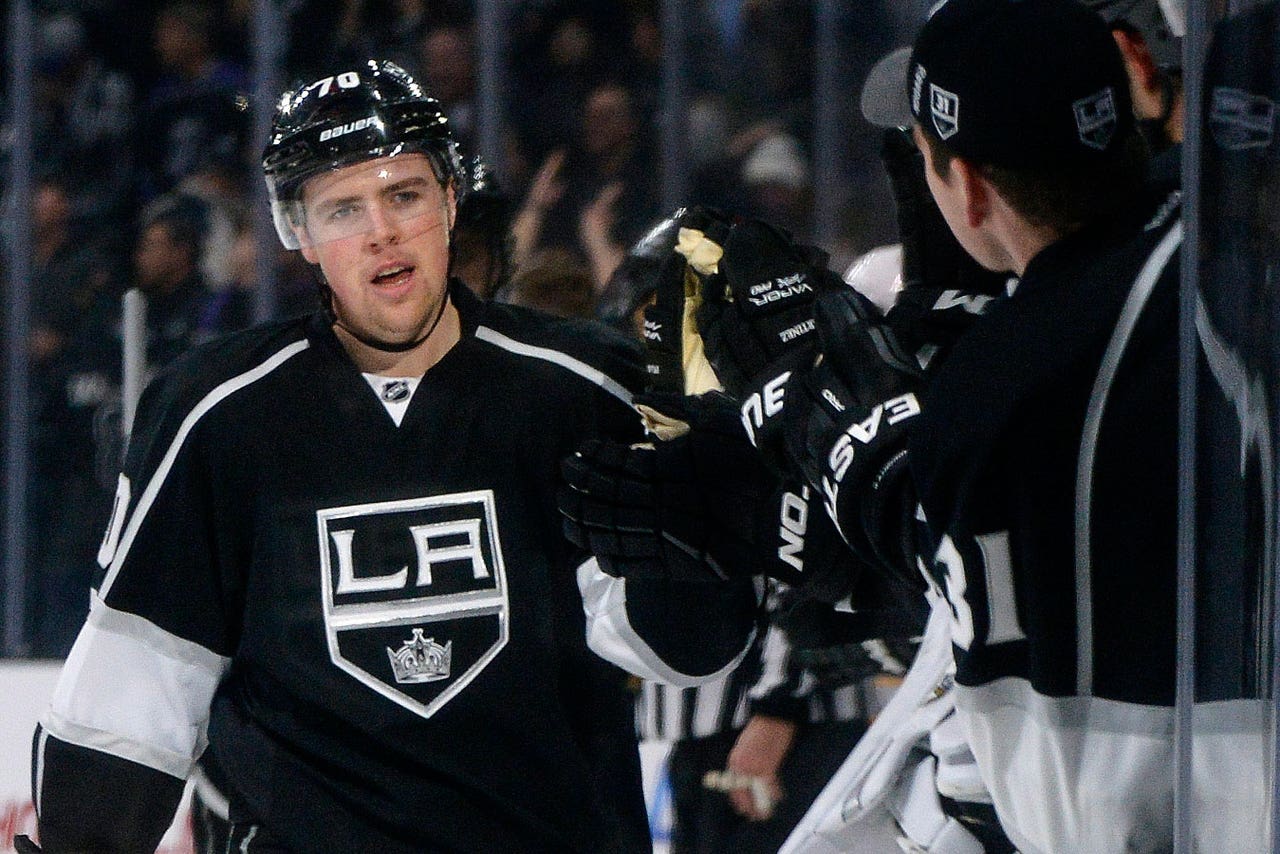 "We can fix this and become stronger," he said. "You start getting into those intangibles and spiritual things and I could go on forever. They don't translate to tweets, but what they have there are those things that you can't define. It's a feel thing."

Are there any updates on the Slava Voynov situation?

Finally, the question that has burned the hottest since the fall was addressed but Lombardi still doesn't have an answer. And it's particularly difficult given the fact that he ruptured his achilles (Lombardi still does not know whether it was playing tennis or otherwise) and his trial was moved to July 6 - six days after the start of NHL free agency.

"We're right back to where we were before the (trade) deadline," he said.