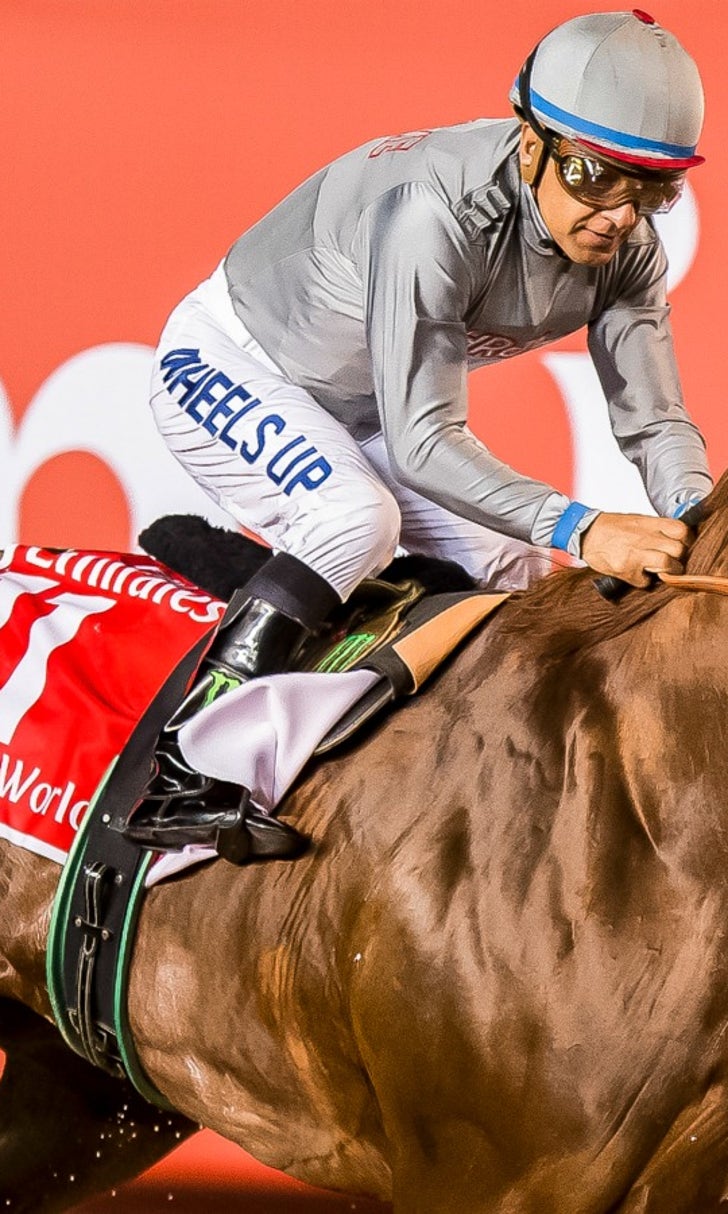 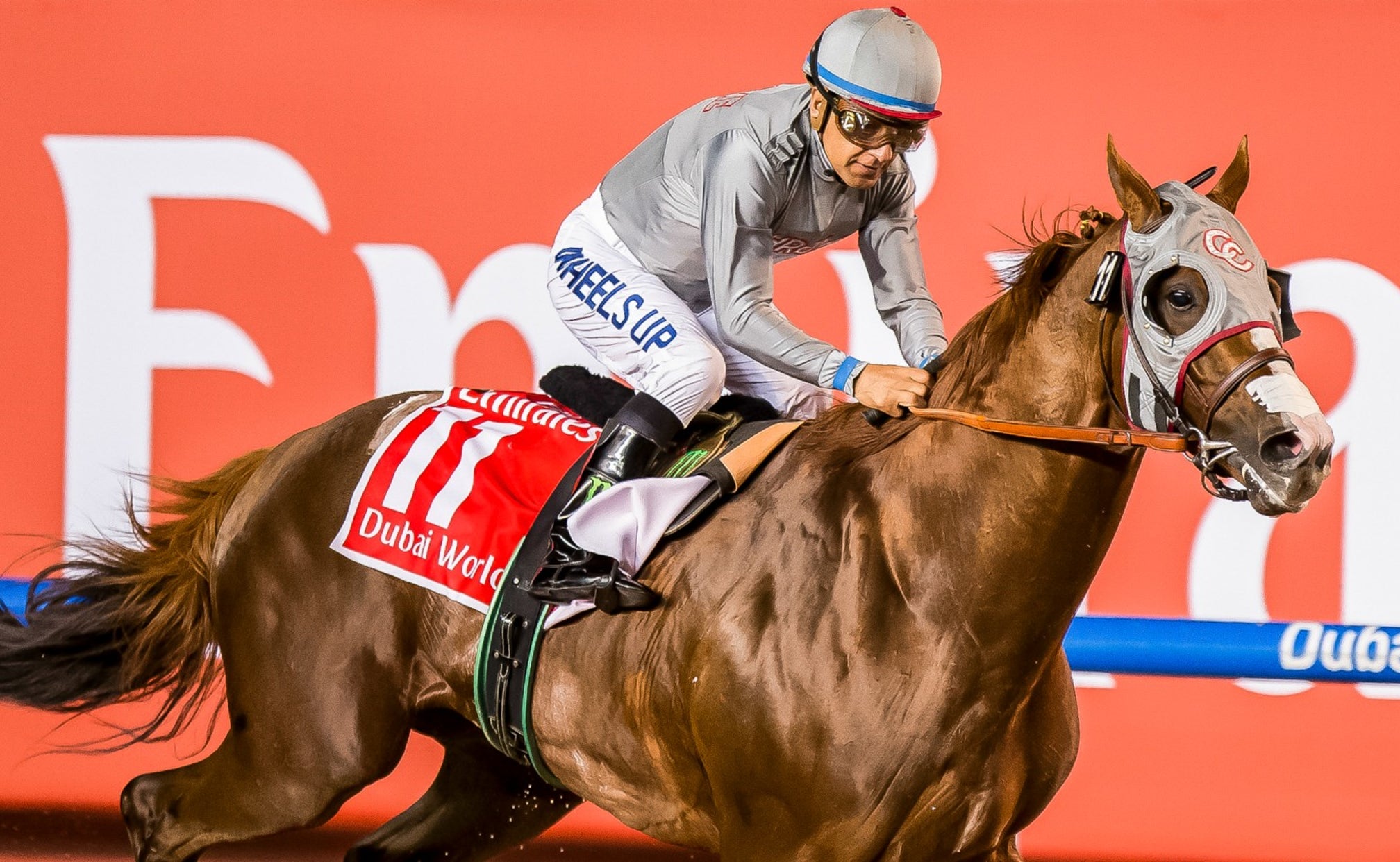 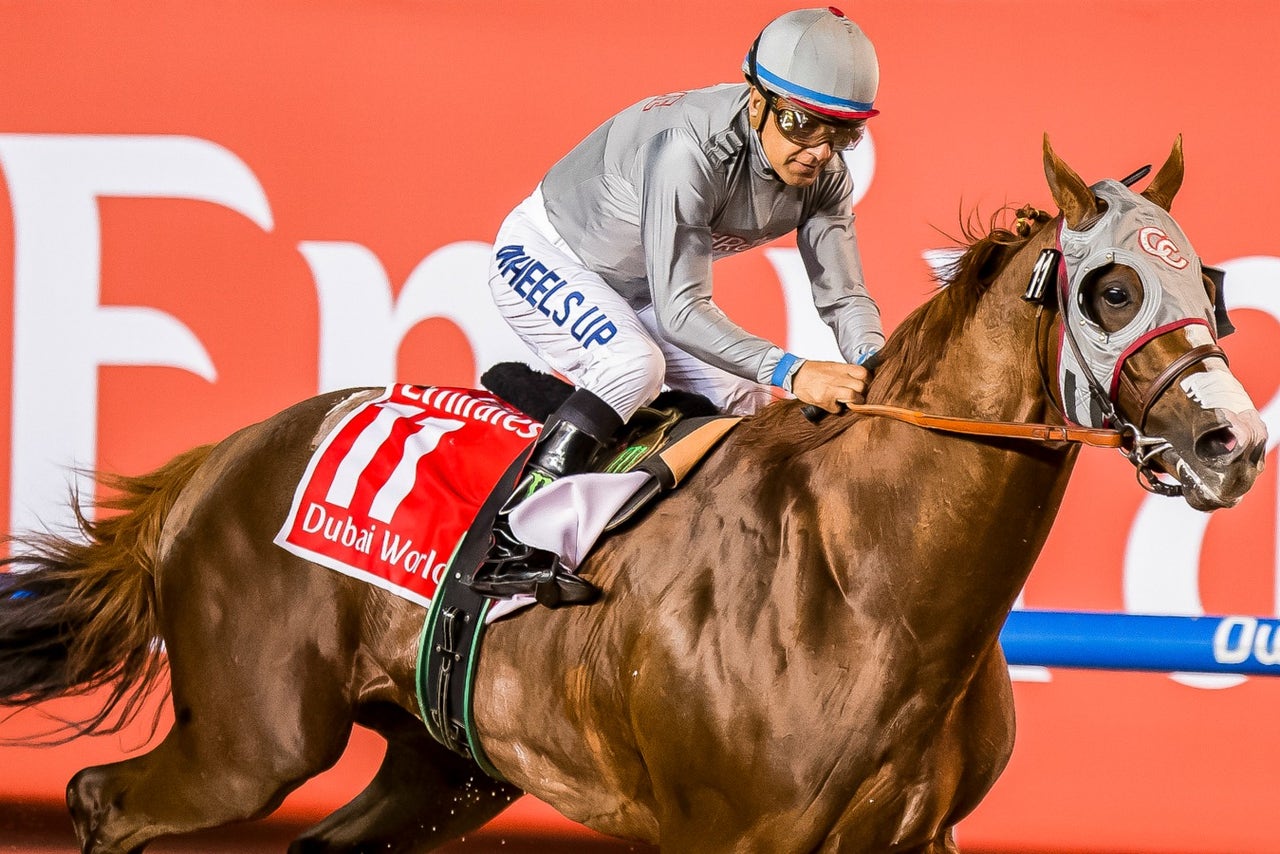 The $6 million Breeders’ Cup Classic is the highlight of the 13-race Breeders’ Cup World Championships at Santa Anita Park,. A field of 10 are entered for the 1¼-mile race on Saturday, headed by 2014 Kentucky Derby and 2016 Dubai World Cup winner California Chrome, but horses like Arrogate and Frosted will make sure he doesn’t have a cakewalk. Learn more about all the contenders below.

The field in post-position order with morning-line odds

Pedigree: Mineshaft – What a Pear, by E Dubai

Notable achievements and interesting facts: New York-bred Effinex is a homebred (bred by his current owner) for New York equine veterinarian Russell Cohen. He finished second in last year’s Classic behind American Pharoah and won his first Grade 1 race later that month, the Clark Handicap at Churchill Downs. This year, he added a victory in the Oaklawn Handicap and a repeat win in the Suburban Handicap to bring his career earnings over $3 million. Jockey Flavien Prat will be riding him for the first time here.
2. Frosted (5-1)

Notable achievements and interesting facts: Frosted ran in American Pharoah’s shadow for much of 2015 but came into his own this year, tallying a blowout victory in Dubai in February, winning the Metropolitan Handicap by 14¼ lengths on Belmont Stakes day and winning the Whitney Stakes by an easy two lengths in August. He disappointed when finishing third in the Woodward Stakes but his connections have been impressed with his training and he will take another crack at the Classic this year after finishing seventh in 2015. Frosted is owned by Dubai’s Sheikh Mohammed bin Rashid Al Maktoum’s Godolphin Racing.

Notable achievements and interesting facts: Keen Ice is best known for defeating American Pharoah in last year’s Travers Stakes in what was only his second career win to date. He finished third to American Pharoah in the Belmont Stakes and second in the Haskell prior to his Travers coup. This year, Keen Ice disappointed in two races in Dubai before he was given a vacation and transferred to trainer Todd Pletcher. He enters the Classic off a third-place finish in an allowance race with hopes of a speed duel setting up well for his close-from-the-clouds running style. Jockey Javier Castellano was aboard Keen Ice for the colt's upset win in the Travers.
4. California Chrome (1-1)

Pedigree: Lucky Pulpit – Love the Chase, by Not For Love

Notable achievements and interesting facts: California Chrome and his rags-to-riches story captured the heart of the America when he won the 2014 Kentucky Derby and Preakness, but his 2015 season was more memorable for its miscues than its successes. With a new ownership group of original co-owner Perry Martin, Taylor Made Farm, China Horse Club and others, California Chrome has gone undefeated in 2016 with victories in the Dubai World Cup, TVG Pacific Classic, and Awesome Again Stakes. He is the richest North American-raced racehorse of all time, and a win here would vindicate his third-place finish in the 2014 edition and make his trainer the oldest ever to win a Breeders’ Cup race.

Notable achievements and interesting facts: Win the Space most recently finished third behind California Chrome in the Awesome Again Stakes, and has finished second or third in three graded stakes since June. He was briefly on the 2015 Kentucky Derby trail and then tried turf before emerging this year as a dirt router. A win here would be the second Classic for Hall of Fame jockey Gary Stevens and the first for trainer George Papaprodromou and owner Kretz Racing.
6. Melatonin (12-1)
Jockey: Joe Talamo

Notable achievements and interesting facts: Melatonin won two of Southern California’s biggest races for older horses this year, the Santa Anita Handicap and the Gold Cup at Santa Anita, but he hasn’t run since June. The gelding finished second in his stakes debut in a turf sprint last fall and moved to dirt routes in 2016. His trainer, David Hofmans, is known for saddling upset Breeders’ Cup Classic winner Alphabet Soup (paying $41.70) as well as longshot Breeders’ Cup winners Adoration (2003 Distaff, $83.40) and Desert Code (2008 Turf Sprint, $75), both of which came at Santa Anita.
7. War Story (30-1)

Notable achievements and interesting facts: War Story enters the Classic off a second-place finish in the Pa Derby Champion Stakes after finishing seventh behind California Chrome in the Pacific Classic. As a 3-year-old, he finished second or third in Louisiana’s three Kentucky Derby preps before finishing unplaced in the Derby. Mario Serey Jr. is War Story’s sixth trainer in as many starts.
8. Shaman Ghost (20-1)

Notable achievements and interesting facts: Shaman Ghost upset Frosted in his most recent start, winning the Woodward Stakes at odds of 9-1. He also won this summer’s Brooklyn Invitational Stakes after being transferred to the barn of Jimmy Jerkens, who also trains Classic entrant Effinex. In 2015, Shaman Ghost won the Queen’s Plate, which is a classic race for Canadian 3-year-olds, and the Grade 3 Marine Stakes and finished second in the Prince of Wales Stakes en route to Canadian champion 3-year-old honors.
9. Hoppertunity (15-1)

Pedigree: Any Given Saturday – Refugee, by Unaccounted For

Notable achievements and interesting facts: Hoppertunity doesn’t often win but rarely throws a clunker and tends to show up when it matters most — his only finish worse than fourth came in his career debut in January 2014. He finished third behind California Chrome in this year’s Dubai World Cup and enters the Classic off one of his two career Grade 1 wins, the Jockey Club Gold Cup. Hoppertunity races for the colorful Mike Pegram and partners and is trained by Hall of Famer Bob Baffert, the same connections who raced his half-sister, multiple Grade 1 winner Executiveprivilege.
10. Arrogate (5-2)

Notable achievements and interesting facts: Lightly raced Arrogate made his stakes debut in the Grade 1, $1.25 million Travers Stakes on Aug. 27 and galloped to a track record-setting 13 ½-length win after leading from wire to wire in a freak performance. He is owned by Saudi Arabian Prince Khalid Abdullah’s Juddmonte Farms, trained by Hall of Famer Bob Baffert and ridden by Hall of Famer Mike Smith, and he could become the third 3-year-old in as many years to defeat his elders in the Breeders’ Cup Classic.