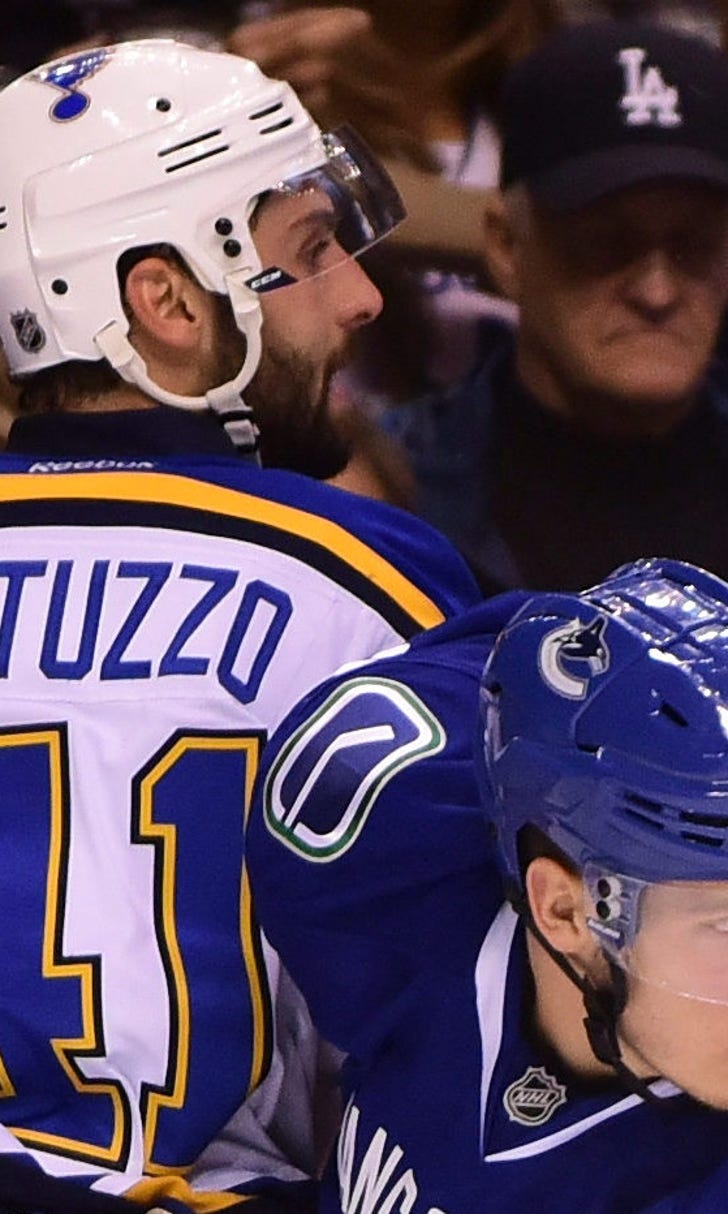 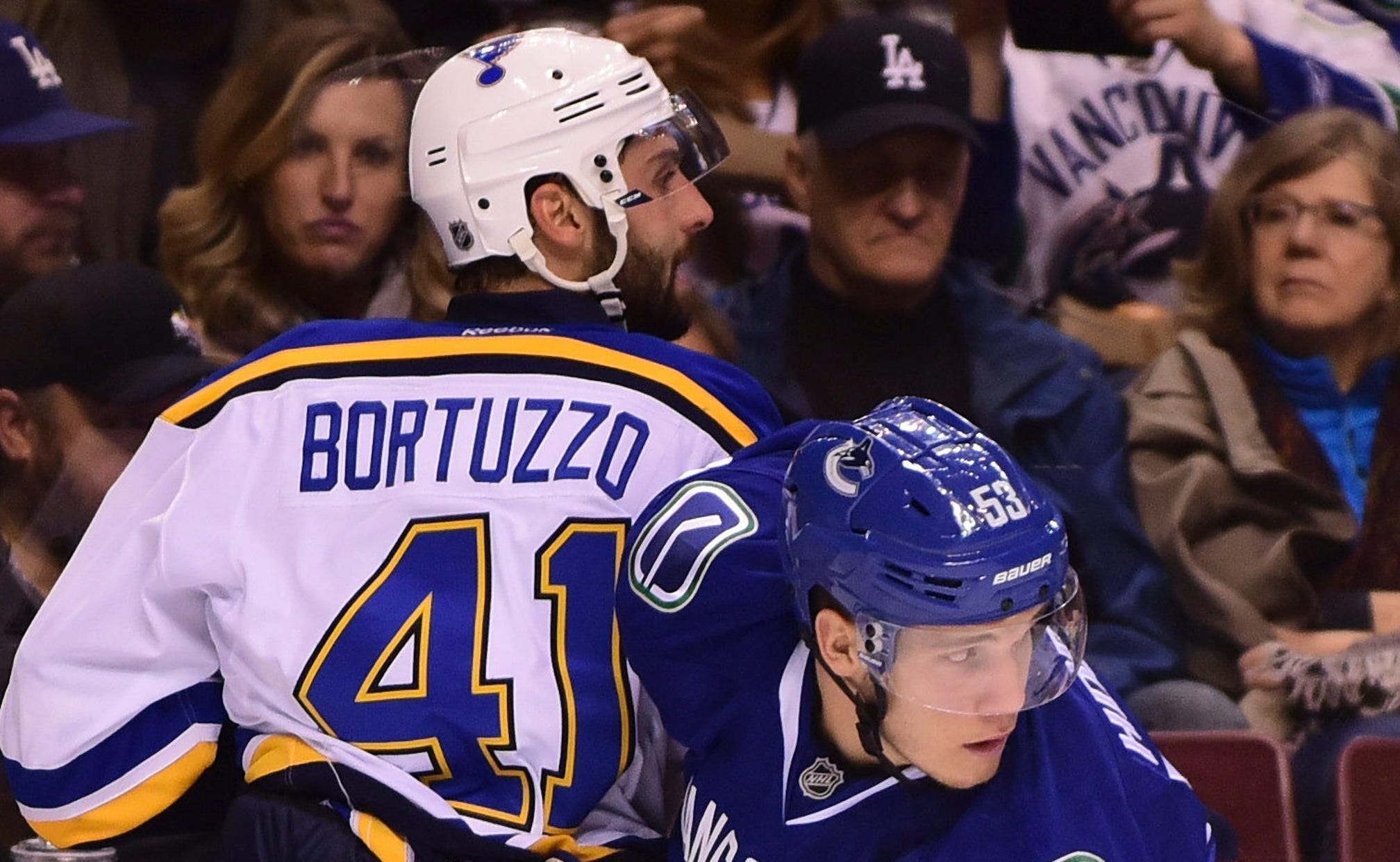 Bortuzzo practices with Blues, could return to lineup this week 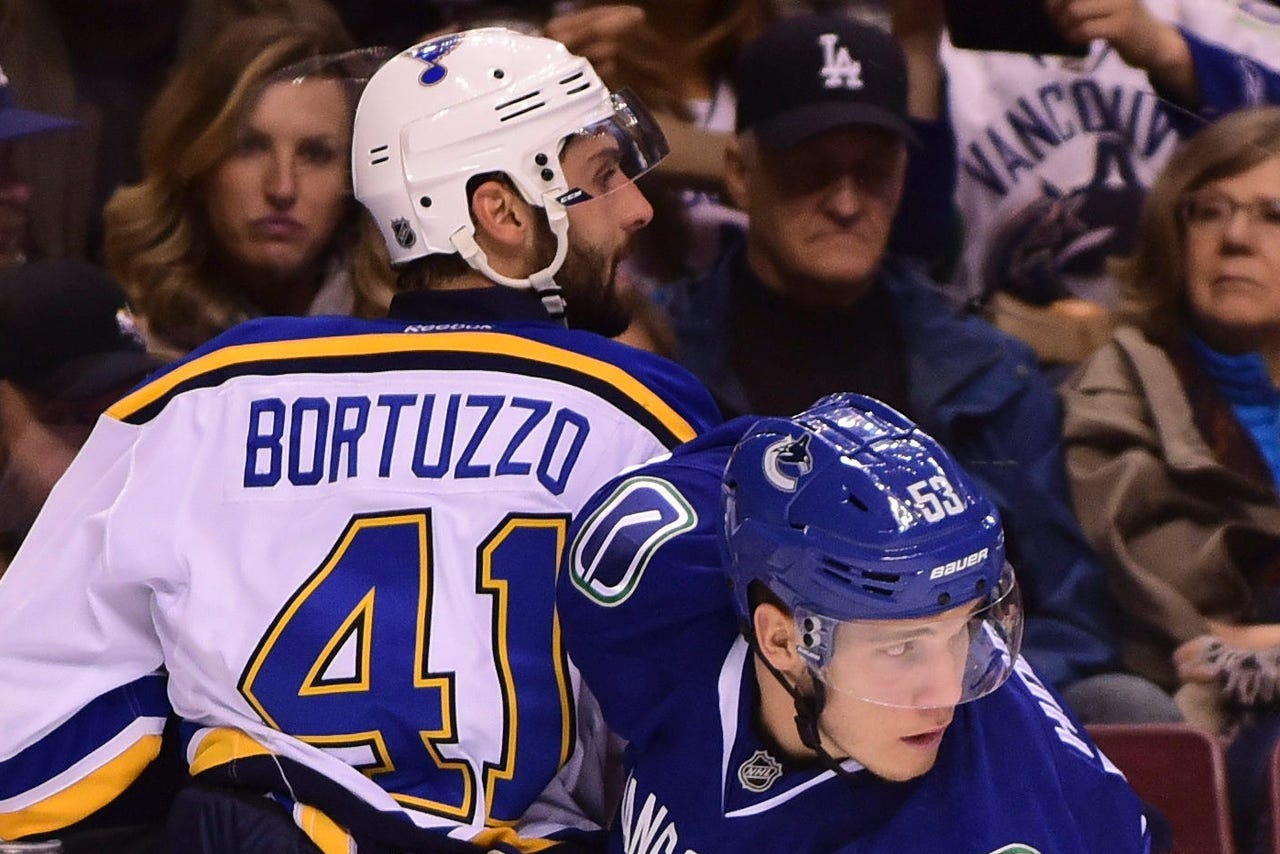 ST. LOUIS -- Robert Bortuzzo was back on the ice for the St. Louis Blues on Monday, more than two weeks after being placed on injured reserve.

Bortuzzo, 27, was injured in the Blues' shootout loss to the Detroit Red Wings on Oct. 27. He was placed on injured reserve shortly thereafter with a lower-body injury.

The Blues face off against the Buffalo Sabres on Tuesday, the San Jose Sharks on Thursday and the Nashville Predators on Saturday. All three games will be aired on Fox Sports Midwest and the Fox Sports Go app.