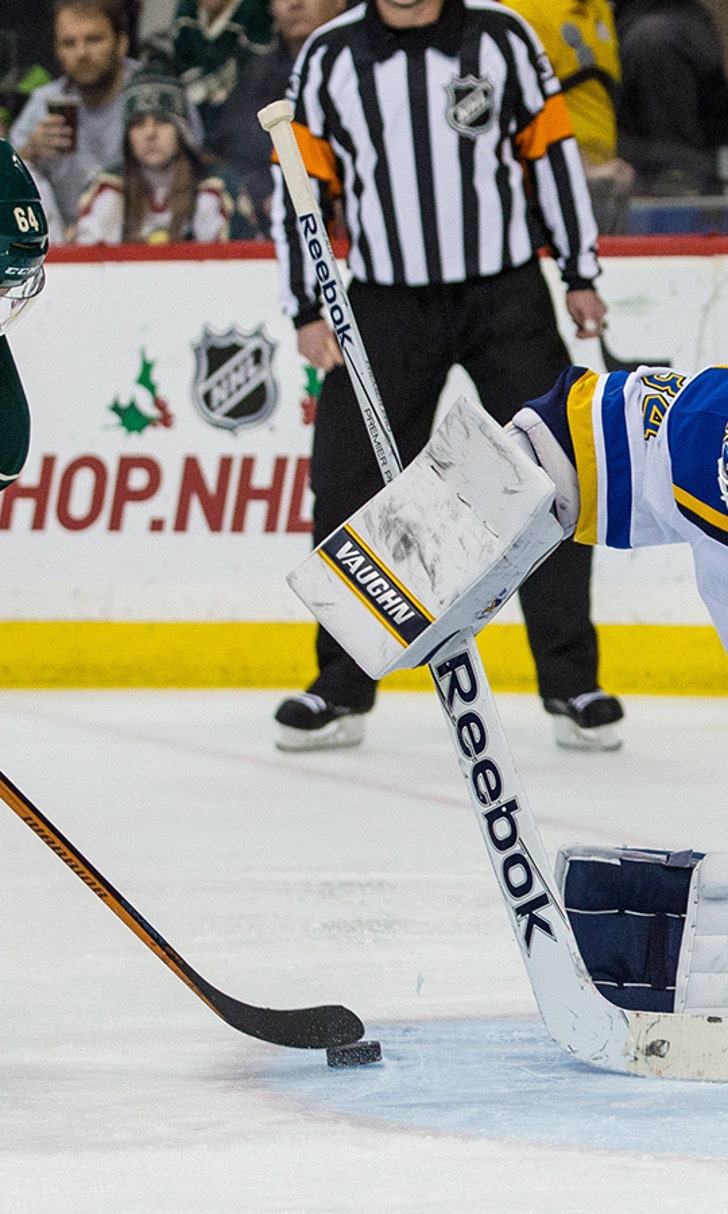 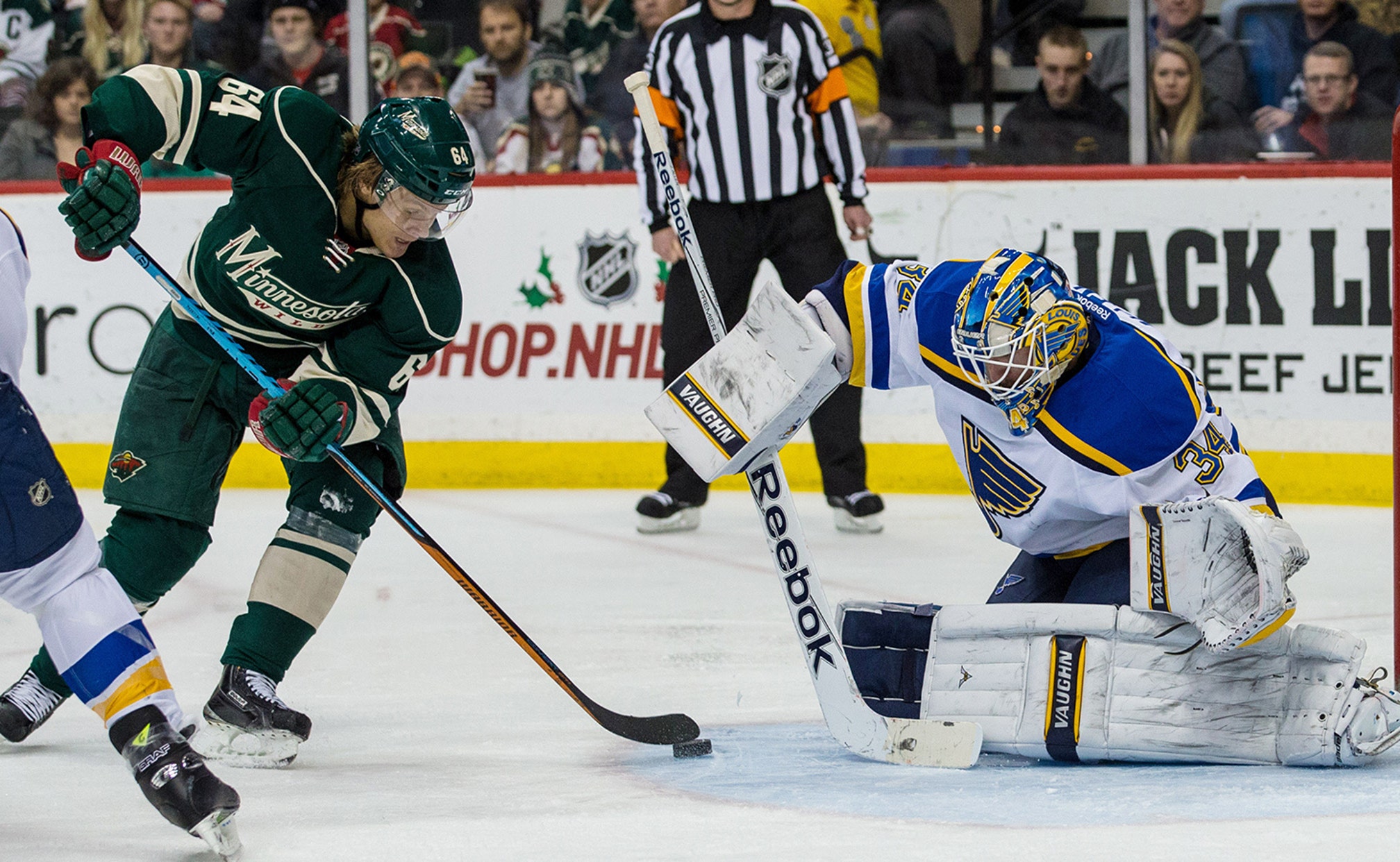 Beware of the breakaway: Wild's rush attack has Blues on high alert 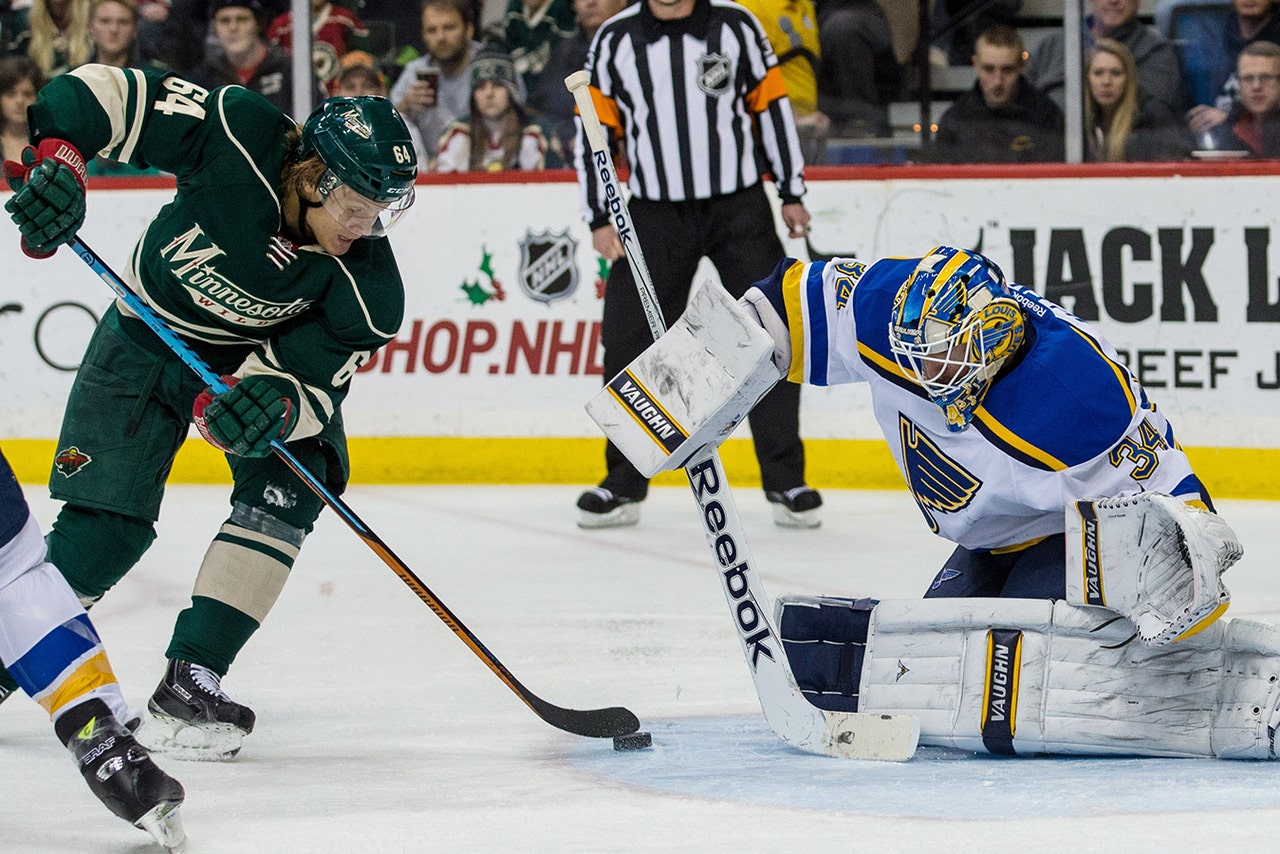 ST. LOUIS -- If last year's playoffs taught the St. Louis Blues anything, it's beware of the breakaway and the odd-man rush.

The game-winning goal they gave up to Chicago's Jonathan Toews on a breakaway last year in overtime of Game 5, which put the Hawks up 3-2 in the series, has lingered in the Blues' memory. T.J. Oshie brought it up a couple weeks ago when evaluating his team's play after a 4-1 loss to Vancouver.

"Same mistakes it seemed like happened last year against Chicago with the bad change that leads to a breakaway," Oshie said. "Things like that are starting to creep in our game, and that's something that we definitely got to get rid of."

The Blues turned things around after the loss, going 5-1 to finish the regular season. But even during that run, Blues coach Ken Hitchcock remained cautious about the odd-man rushes and breakaways his team gave up.

"The one thing that bothers me right now is we work, we battle, we claw, we scratch, but man, when we give up scoring chances like, what did we get scored on in the playoffs last year? We got scored on a couple of breakaways, a breakaway in overtime, a two-on-one in overtime. That's (what) the concerning part for me is -- these easy scoring chances, you work like crazy and then a fluke play," Hitchcock said after a 1-0 loss to Winnipeg last Tuesday. "My concern is still giving up too many rush-attack chances. Way too many. We've gotta cut them back."

The bad news for the Blues: Their first-round playoff opponent, Minnesota, is a rush-attack team. The Blues' ability -- or inability -- to limit the Wild's chances on the rush could go a long way toward determining which team wins the series.

"We can't give them anything for free. We give them anything for free, they're going to capitalize. That's what happened when we played in their building, and they had four on the board in a quick amount of time against us," Blues captain David Backes said Thursday. "Giving them something for free is going to be disastrous for us, and we can't do that. Two-on-ones, breakaways, we've had streaks of that the last few weeks of the season, and need to dial that back in."

The Blues' starting goaltender for Game 1, Jake Allen, has had strong overall results against the rush going into the postseason. Against Winnipeg last week, the Jets' Blake Wheeler had two breakaway shots, and Allen stopped both. Two games before that, Allen read perfectly a two-on-none challenge from the Blackhawks' Andrew Shaw and Bryan Bickell, denying the Blackhawks an early goal in the first period. The last goal Allen gave up, however, came on a two-on-one last Thursday when the Blues faced Chicago again.

Tonight, the rest of the team will try to ensure he's not put in that position.

"I think our checking has to ramp up so we don't allow those odd-man rushes," Blues forward Steve Ott said. "We've looked at a few things, or a lot of things, of late, I guess you can say, in meetings, and I think we're ready to go. We have a great mindset going in, and we want to be a strong checking team. And when you have a strong checking team, you really tighten up things like those odd-man rushes."

If the Blues can eliminate easy scoring chances for the Wild, it would be a lesson well learned from last year's early postseason exit. But as veteran Alexander Steen reminded the media Saturday, the Blues, though they've taken previous experience into account, have moved on from past failures.

It's a new team, a new postseason.

And a new team can always write a new ending.