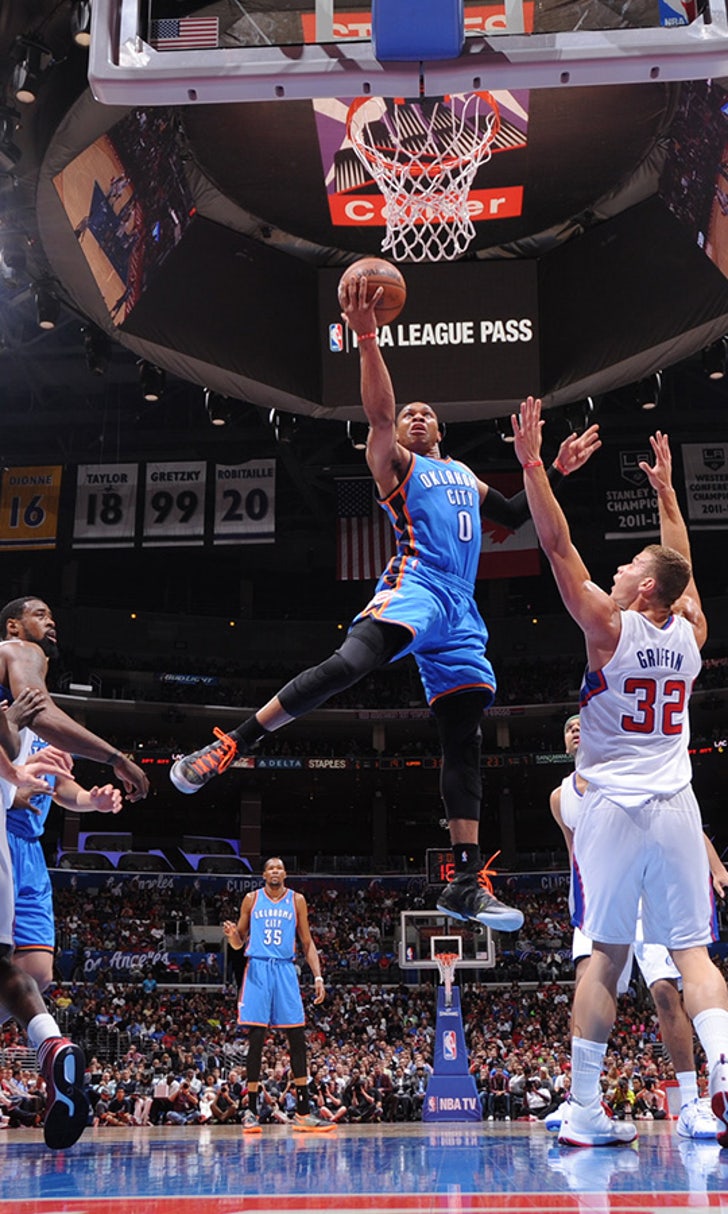 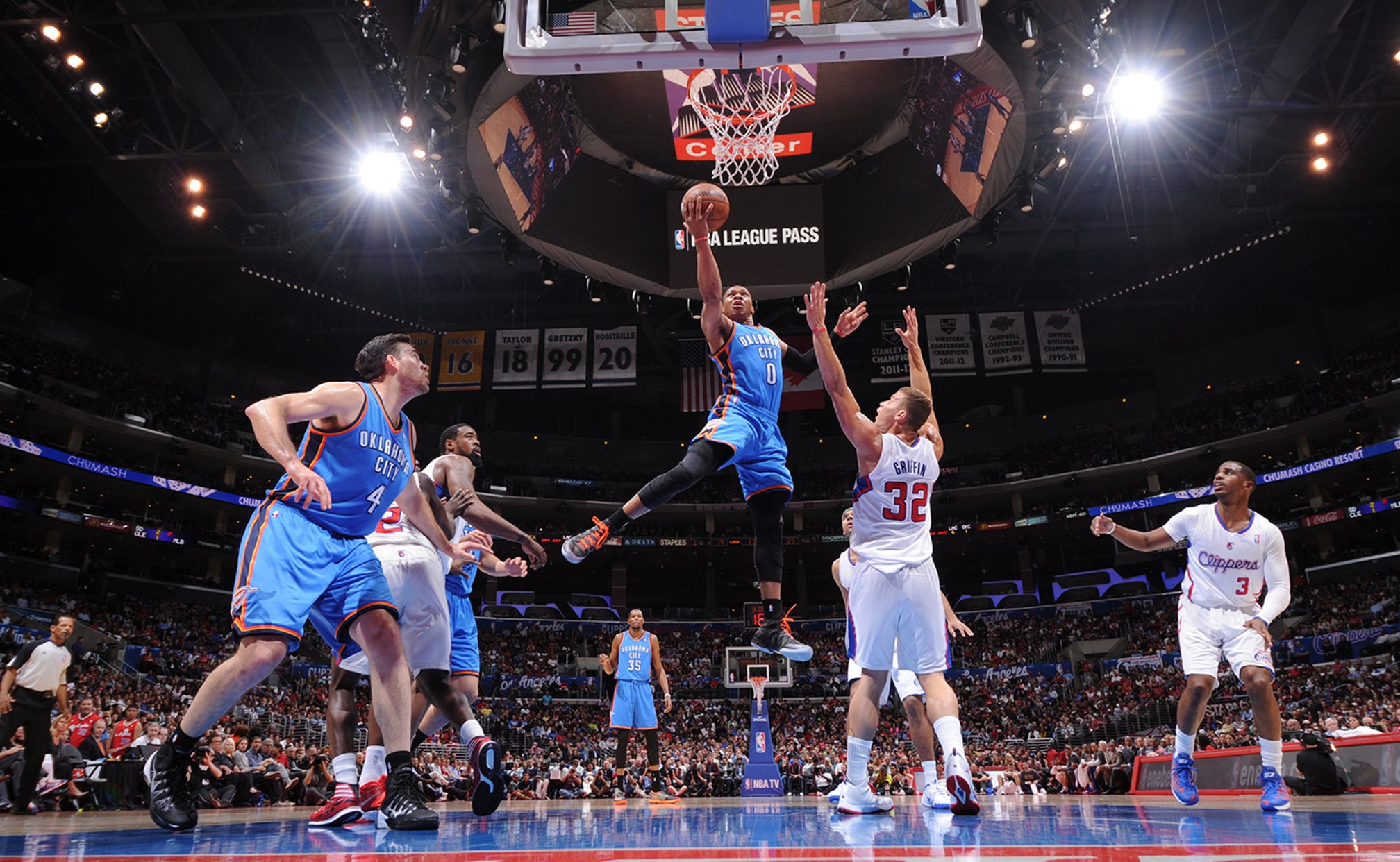 On Wednesday night, the Clippers learned firsthand that that's just not true.

Despite a 8-for-26 shooting performance from the consensus MVP, Oklahoma City kept Los Angeles at bay, leading by as many as 17 points before nearly collapsing in the final frame. Yet again, the Clippers managed another late-game comeback, and for the second time in three games, it fell short against a playoff opponent.

"I don't think we're ever out of a game," Blake Griffin, who had 30 points and 12 rebounds, said after the game. "The biggest problem is putting ourselves in that position in the first place."

Bad habits are clearly hard to break for the Clippers. In their earlier matchup in L.A. with the Thunder, the Clips were able to overcome a double-digit deficit. Tonight, they weren't as fortunate.

Before the game, coach Doc Rivers said that defensive rebounding would be the Clippers' No. 1 priority, not defending Durant.

The Clips held Durant to an inefficient 27 points, but allowed his partner in crime, Russell Westbrook, to steal the show with 30 points, 11 rebounds and six assists. Westbrook made Rivers look like a prophet, as he grabbed two key offensive rebounds in the final two minutes that ultimately swung the game in OKC's favor. 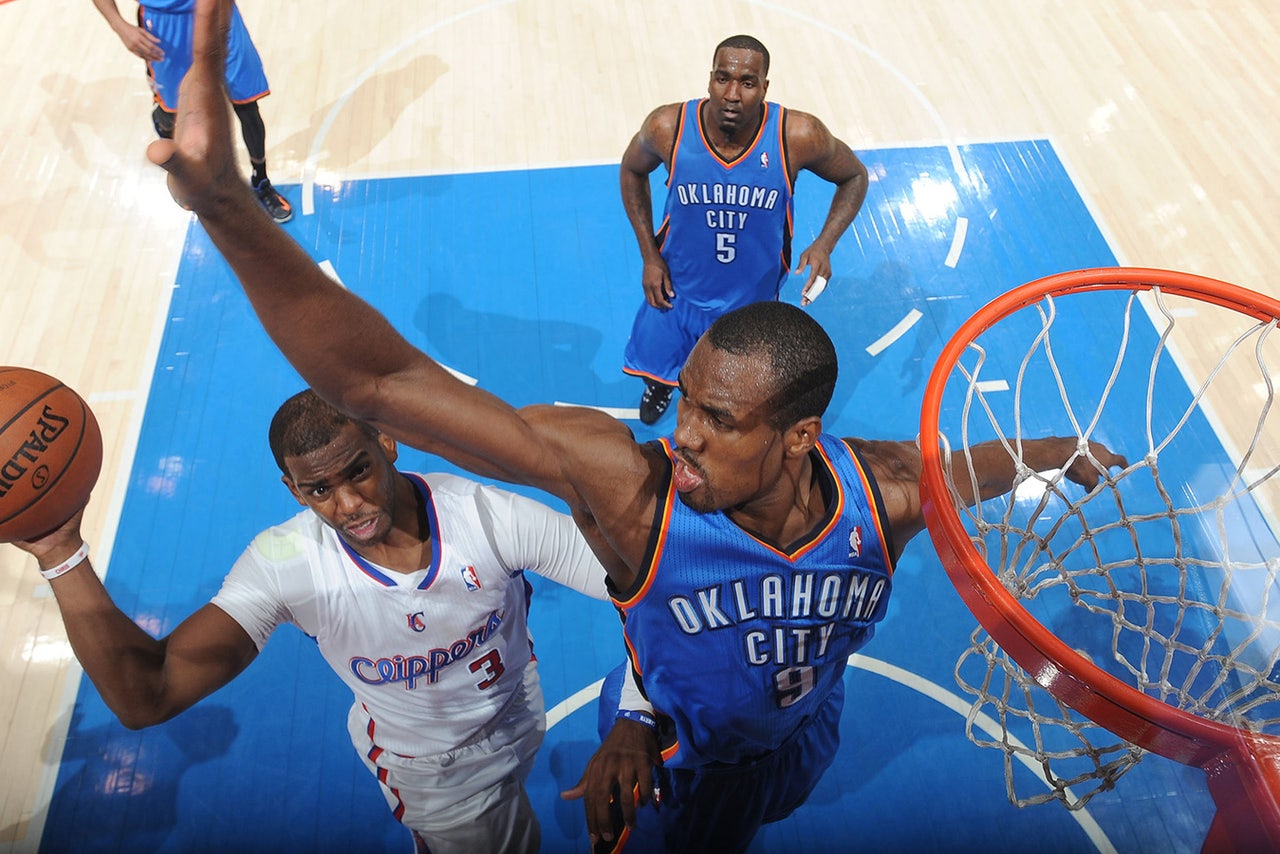 With the loss, the Clippers (55-24) essentially ensured the the Thunder (57-21) will lock up the No. 2 seed and have home-court advantage if the two meet in the second round.

"I don't think we played very well and I guess the positive in that is that you cannot play very well and beat a team that really came in to beat you," Doc Rivers said. "You could really see it. thought they were really in to the game early on. They came to send a message or whatever."

Kevin Durant and Russell Westbrook are terrible matchups for the Clippers' wing defenders. While it's basically impossible to stop either player one-on-one, the Clips' lack of speed, length and defensive acumen on the perimeter makes this an especially difficult assignment. The Clippers limited Durant's drives in the fourth with extra attention, but Westbrook's offensive rebounding and energy were too much to handle. Until they figure out to limit the duo's easy buckets, the Clippers can't be considered the Thunder's equal.

The evolution of Blake Griffin

Griffin's improved free throw shooting has given him the confidence to attack the rim and draw fouls more often, and he used that to his advantage against the Thunder's rangy, defensive-minded frontcourt. He dominated Serge Ibaka and Kendrick Perkins inside, using an array of hook shots, drop-steps and face-ups to get both players in early foul trouble. His coast-to-coast drives were the icing on the cake. In a game with four of arguably the league's top-10 players, Griffin looked like the MVP frontrunner.

Under the assumption the superstar duos balance each other out -- Durant and Westbrook combined for 57 points; Griffin and Paul combined for 55 -- a series between these two will likely be determined by the supporting casts. With Jamal Crawford and Danny Granger out, the Clips were down two key offensive cogs off the bench, and it showed. DeAndre Jordan, Darren Collison and Matt Barnes gave solid contributions, but OKC matched their effort with Ibaka, Steven Adams and Reggie Jackson. It was close, but the Thunder's supporting cast was marginally better tonight.

The most common ways defenses try to stifle Chris Paul are by putting a longer defender on him and/or trapping his pick and rolls. The Thunder did both to great effect. When Paul tried to penetrate or find shooters, he was met with a thicket of arms from a second or third defender; the 6-7 Thabo Sefolosha hounded him for about half the time. Outside of his nine fourth-quarter points during the Clips' run, Paul had a relatively quiet game by his standards. Anytime he has half as many turnovers (four) as assists (eight), something is wrong.

Though many of the Clippers' miscues were forced by the Thunder's defense, their crunchtime struggles were mostly self-inflicted. After cutting the lead down to just two, the Clippers blew several chances with sloppy passes and missed free throws. Credit the Thunder for taking advantage of the Clips' mistakes, but don't read too much into such an uncharacteristic performance. "I was just dribbling the ball all over the place," Paul said post-game. "I don't want to take anything away from them, but I was giving it to them -- dribbling the ball off my leg and all that stuff like that."