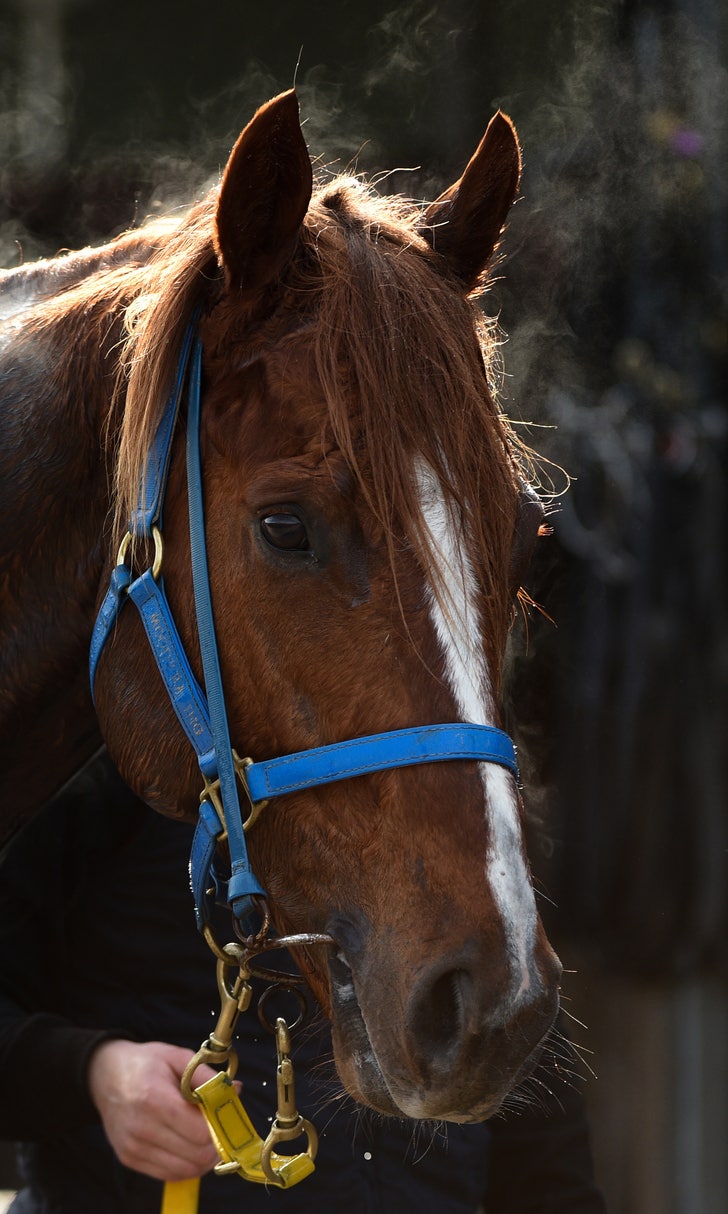 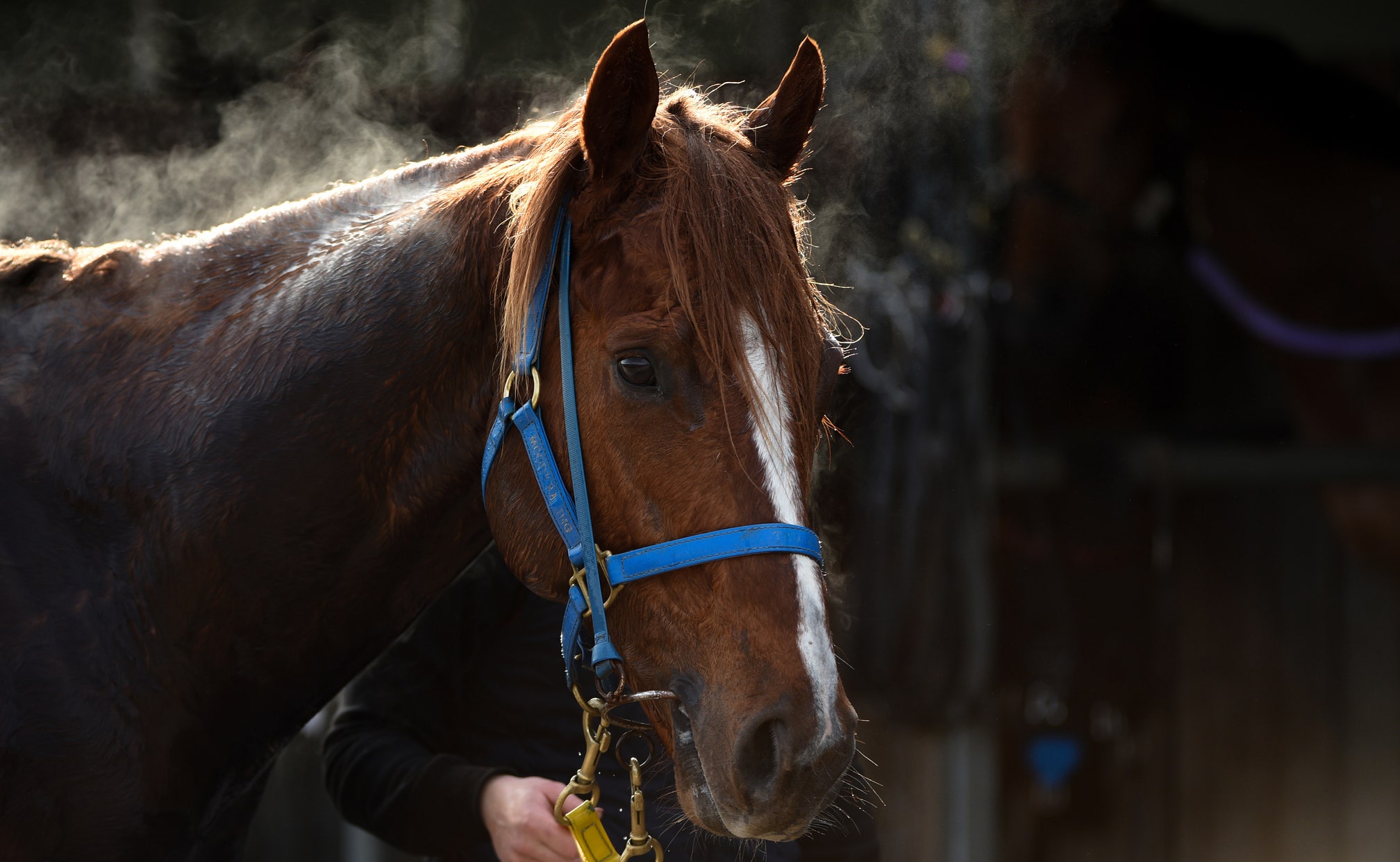 Why don't horses receive their own equestrian medals? 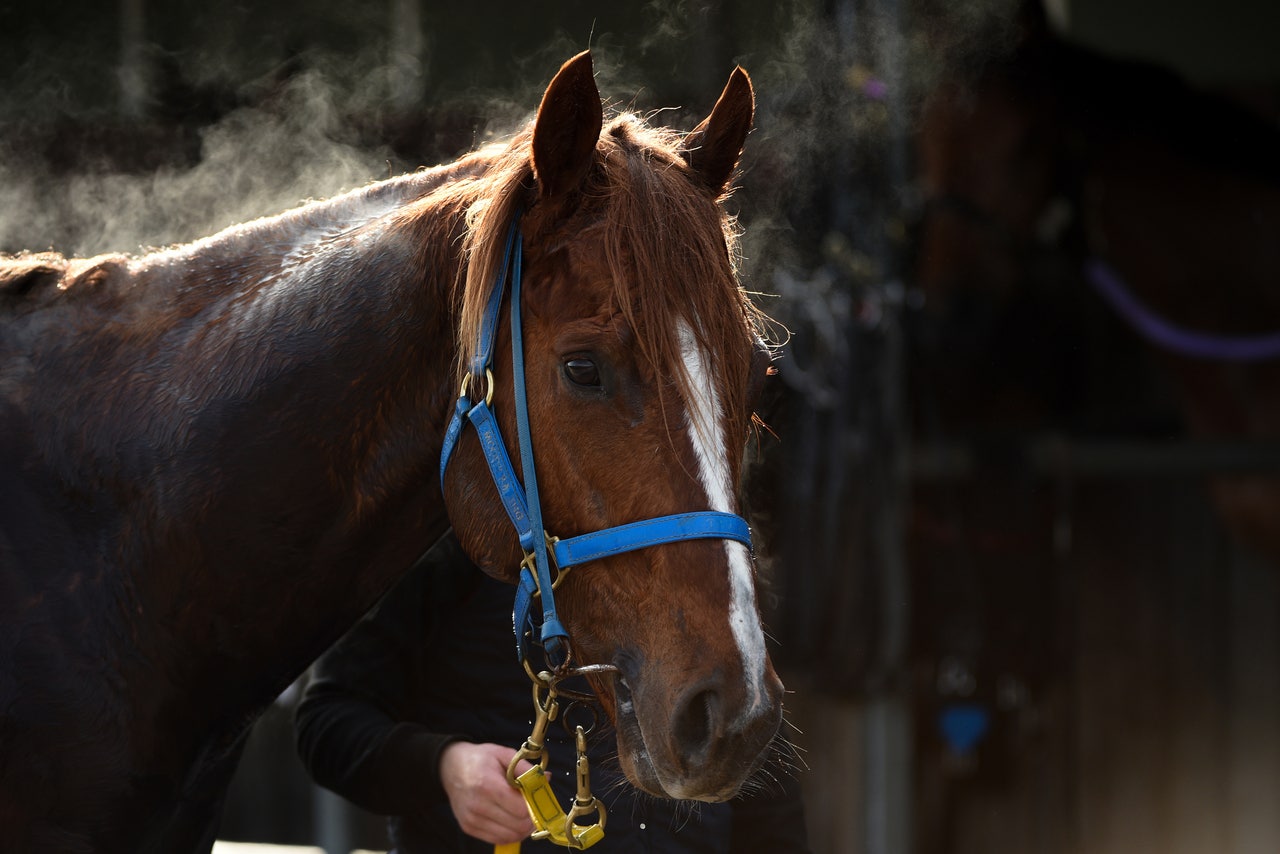 There was an injustice at the Olympics on Tuesday - one that's been happening without protest for more than a century and will occur a half-dozen more times before the flame gets snuffed in Rio. And now, more than any other time in history, feels like the moment to right this wrong: Horses should totally get medals in equestrian events.

In the various medal ceremonies for equestrian, including the first two on Tuesday, the only mammals with medals around their necks are humans. The horses who they rode to glory - who carried them with one set of hoof prints and onto that podium - get no medal. No recognition (maybe slight, if you go back to look for it). No playing of the Mr. Ed theme song. Nada except, perhaps, a ribbon, a rub on the belly and a few "atta boys."

It's a travesty. Did those women run through the mud? Did the rider kick the bar, probably a little painfully, on the oddly landscaped obstacles? Did a medalist have to stay in a stall instead of trolling for tail in the Olympic village?

But horses don't care about medals! They just want to be fed and have a place to sleep. How do YOU know what horses want? Were you Seattle Slew's cousin in another life? Are you Mel Gibson from a rejected sequel to the movie What Women Want? Then how dare you speak for what horses want. A horse would never do that to you - you know, assuming it could speak. So I'm not assuming horses want a medal but I don't dare presume either way.

Also, when you think about it, a gold medal is meaningless. Its value is purely intrinsic. The goal is to win the gold medal because the gold medal is what you get when you win. You'd fight just as hard to win if the IOC had originally decided to give out trophies or certificates or plaques or coupons of varying dollar amounts of Cheesecake Factory. So we're not talking about the medal - we just want some recognition.

2. What would a horse even do with a medal? Yeah, we understand a horse isn't a person with a sock drawer that can house the medal on the days it isn't needed to wow kids at equestrian practice (?) or use as a pick-up line while out at a 4 p.m. dinner. (Lot of those equestrian folk are old.) But an equestrian horse also isn't some wild animal roaming the countryside, begging for places to sleep and grifting food off goats. A horse is a real animal, a magnificent beast, with feelings, smarts and knowledges. It's not like they're cats.

They have a clean barn with human trainers, owners, farmhands, riders and a little red-headed girl who comes to her uncle's farm and befriends the local pig who is in turn saved by a kindhearted spider named Charlotte. There are plenty of things that can be done with that medal.

3. Horses can be (and have been) banned for PEDs. So they're allowed to go down for drugs, lose standing in their equine community and probably get a holier-than-thou lecture from Lilly King, but they can't get the fruits of their labor rewarded? MALARKY!

4. The odd thing though is that the IOC kinda does give the horses some recognition. Here's the graphic during Tuesday's equestrian event.

There's the horse's name, right there. Rumour Has It, which sounds like a early-90s Phil Collins album. And then there's the start list, which also includes the names of the horses.

So, it's recognized that these horses are a major part of the equestrian deal. They're identified and acknowledged. It's great. But when it's time to show the results:

Not even a shout-out to Sam FBW, Piaf de B'Neville and Mighty Nice, the three horses good enough to get their riders medals but not good enough to get one of their own. (Also, those are some horrible names. But if horses were on the official lists we'd be able to celebrate Olympic medalists Jagermeister II, Canadian Club, The Freak, Gigolo and The Rock (Yeah, The Rock - silver medal with Piero D'Inzeo in the 1960 individual jumping competition. He really can do it all.).

But no. The Olympic movement has determined that horses are important enough to be identified during the competition, just not after. Their official website proves it. MALARKY!

5. Riders deserve their medals. One-hundred percent. But let's say you were a doubter. (Again, I'm not.) Let's say you believe the riders were merely enablers who control the "real" athlete (the horse) and guide them to glory. In that case, the riders would be like a sort of coach. And you know who doesn't get Olympic medals? Coaches. Yeah, Coach K isn't winning gold when Team USA does. (But he wins something far greater - recruiting exposure and Nike money.)

6. Who won the Triple Crown last year? American Pharoah. Who rode American Pharoah? YOU DON'T KNOW. Why? Because American Pharoah won the Triple Crown, y'all. He got the roses. He was showered in the acclaim. He earned the stud fee. Secretariat was a "tremendous machine" not a nameless figure that went hippity-hop in dressage while being ridden by someone named Blythe. The horse wins in horse racing but is an afterthought in equestrian. That's not very ... equus. (High hoof.) This is every bit the two-man team of beach volleyball. The horse sets it up, the rider sends it home.

7. But maybe you think the horses are just puppets and the medals should only go to the puppeteers. In that case, though, every Russian gold would be FedEx'd directly to Vladimir Putin, wouldn't they?

8. Who got credit for guiding the sleigh on that foggy Christmas Eve? IT WASN'T SANTA.

9. After the horse, Foxhunter, ridden by Henry Llewellyn, had a perfect run in the 1952 Olympics to seal gold for Great Britain, he became one of the most famous athletes - not horses, athletes - in the UK, supposedly even receiving a telegram of congratulations from someone who knows the deal: Winston Churchill.

10. But no medals for you, are equine friends. Nah, we'll just use you as a prop for a photo op instead. 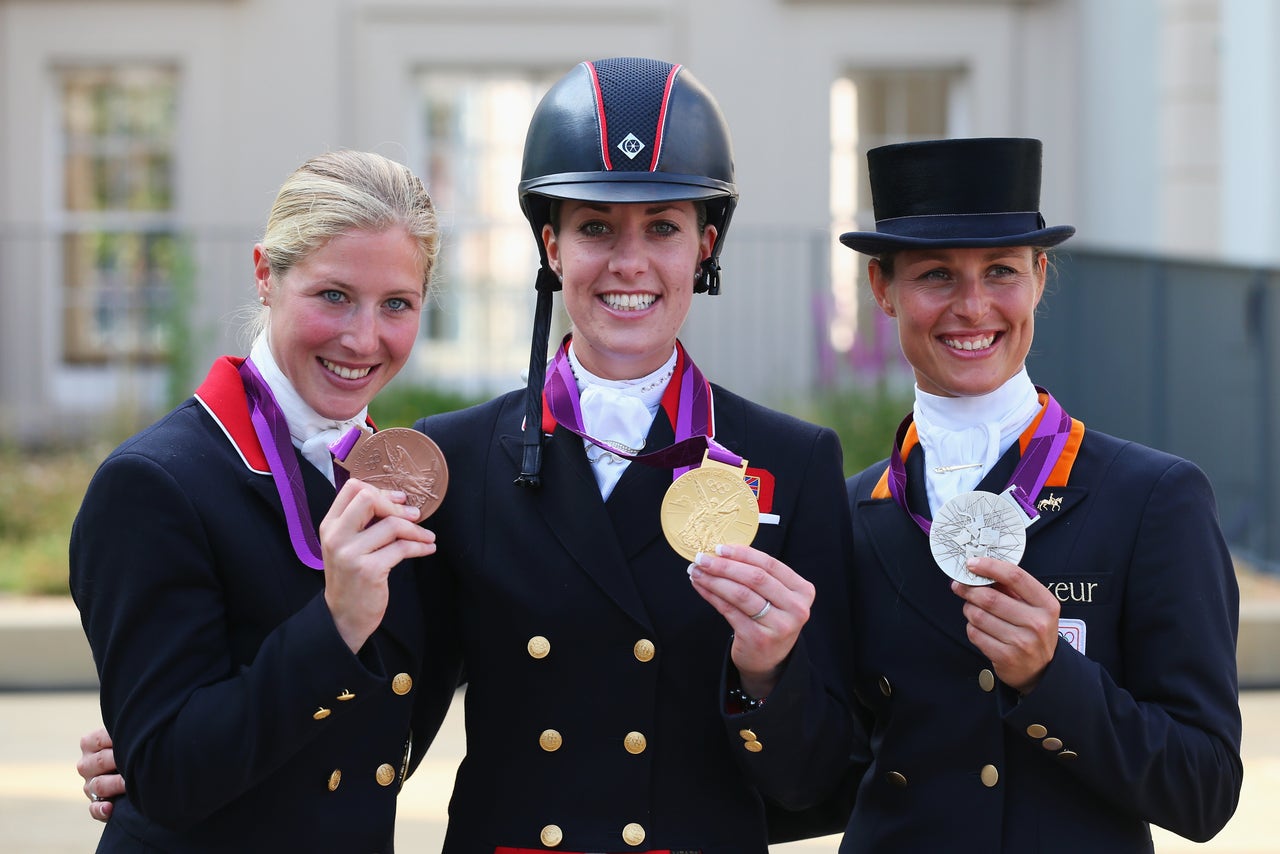 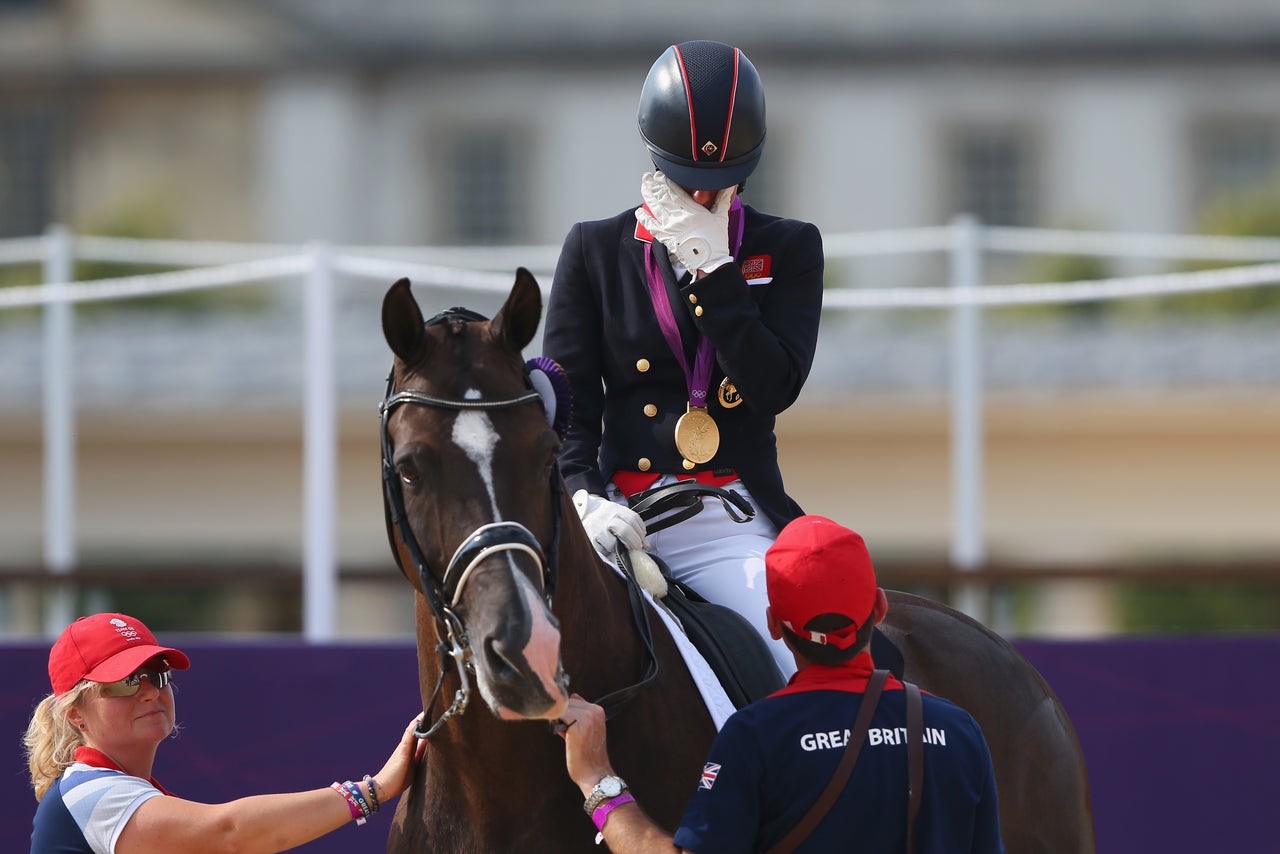 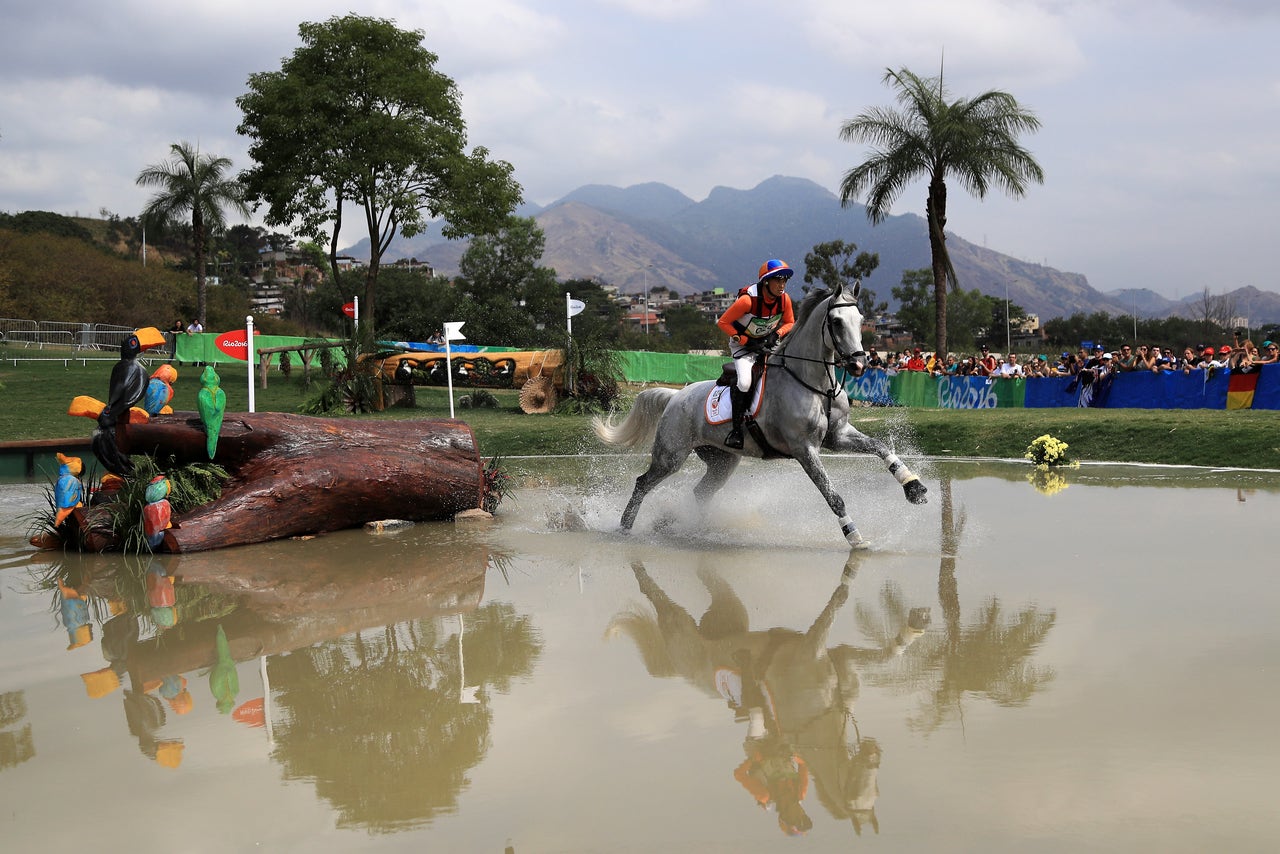 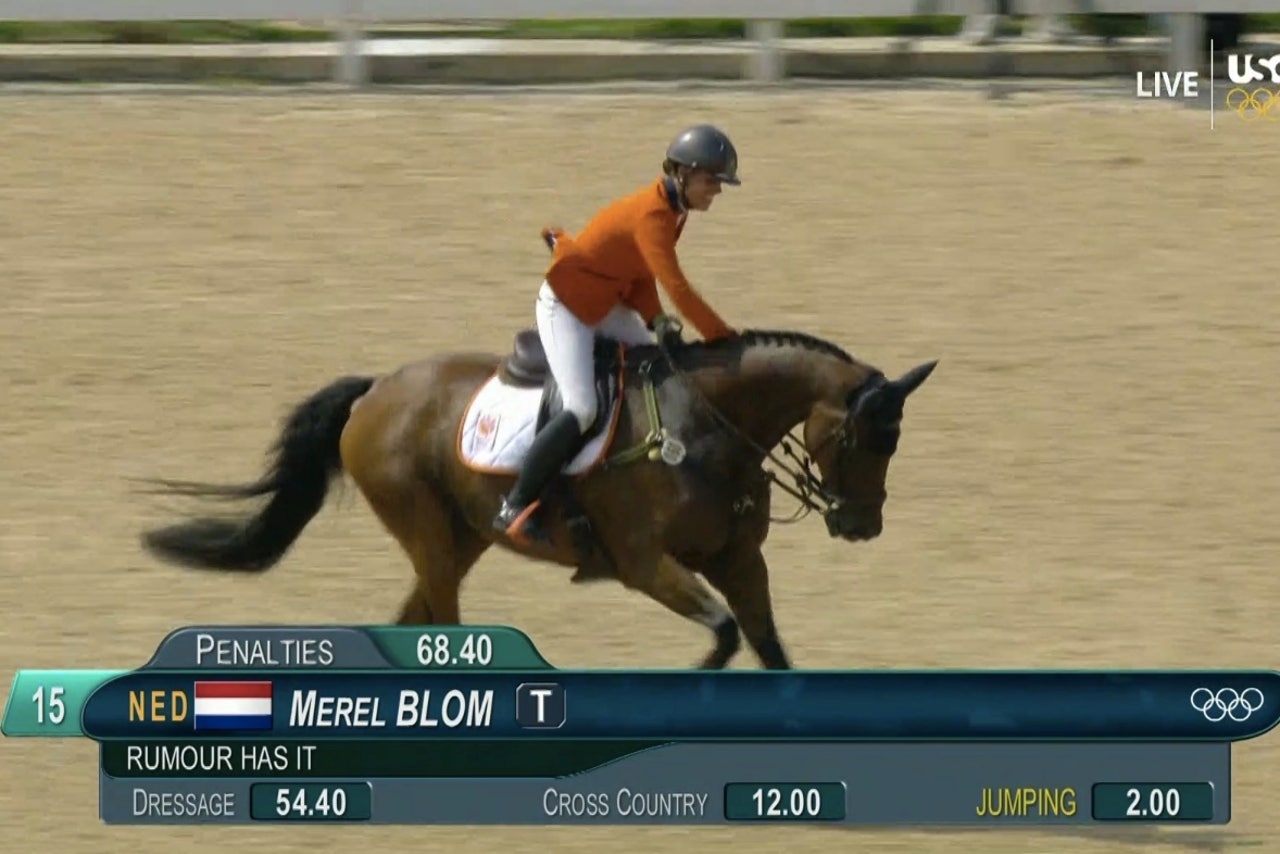 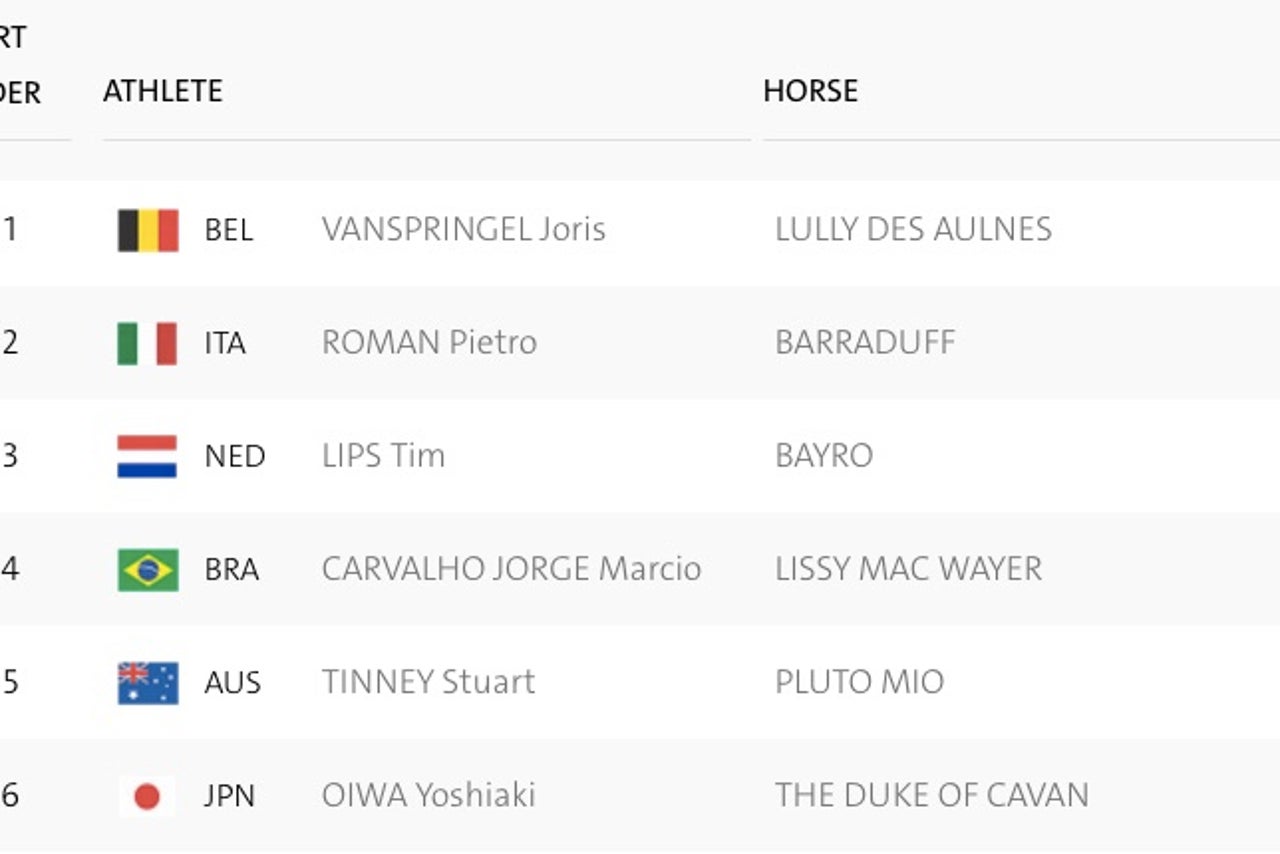 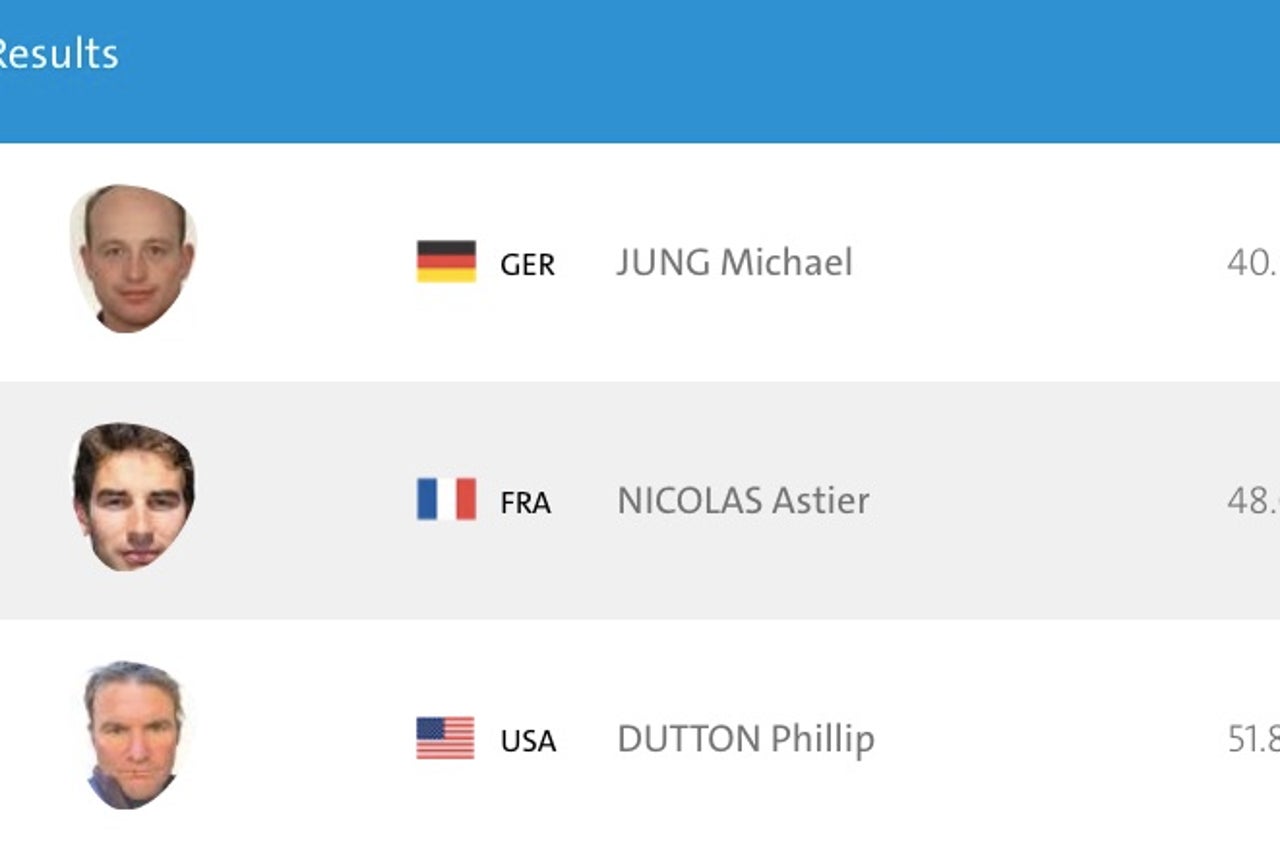 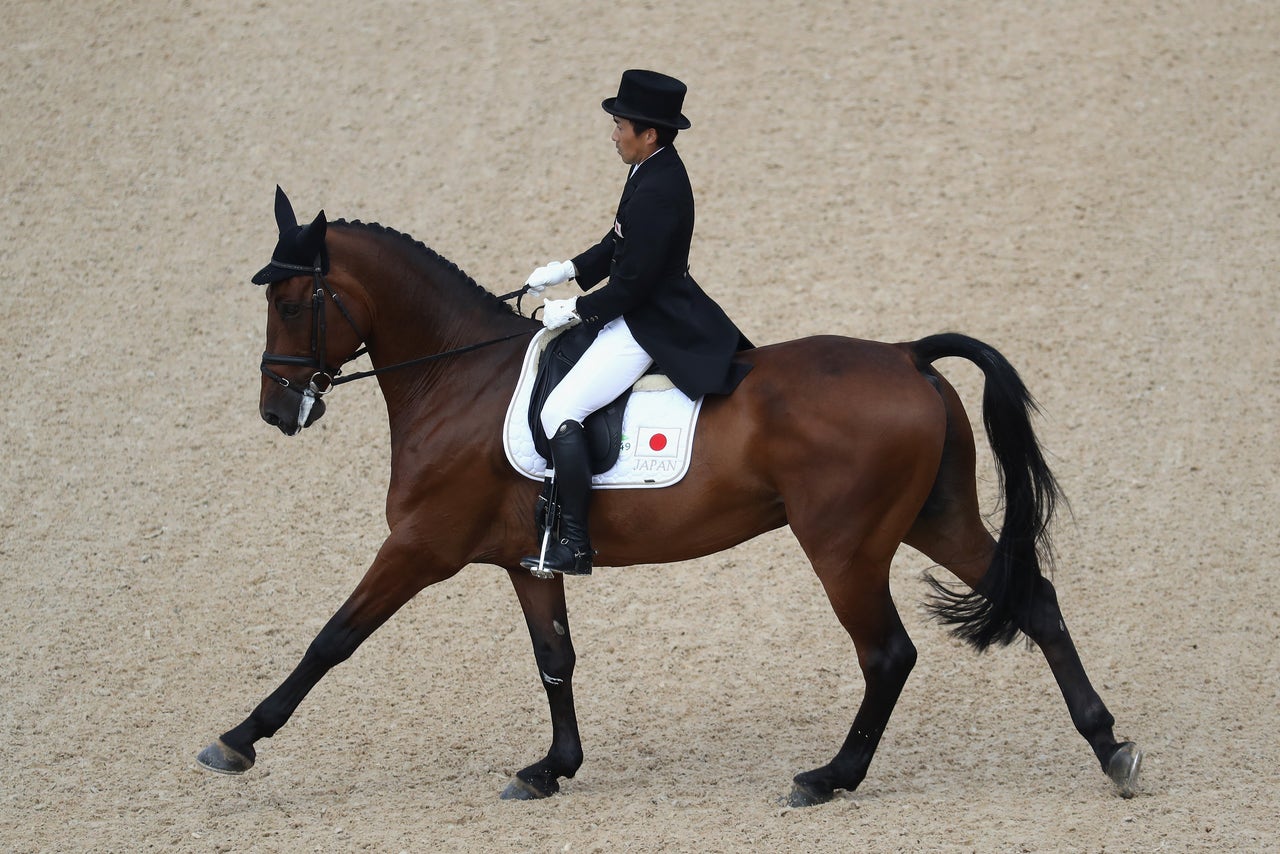 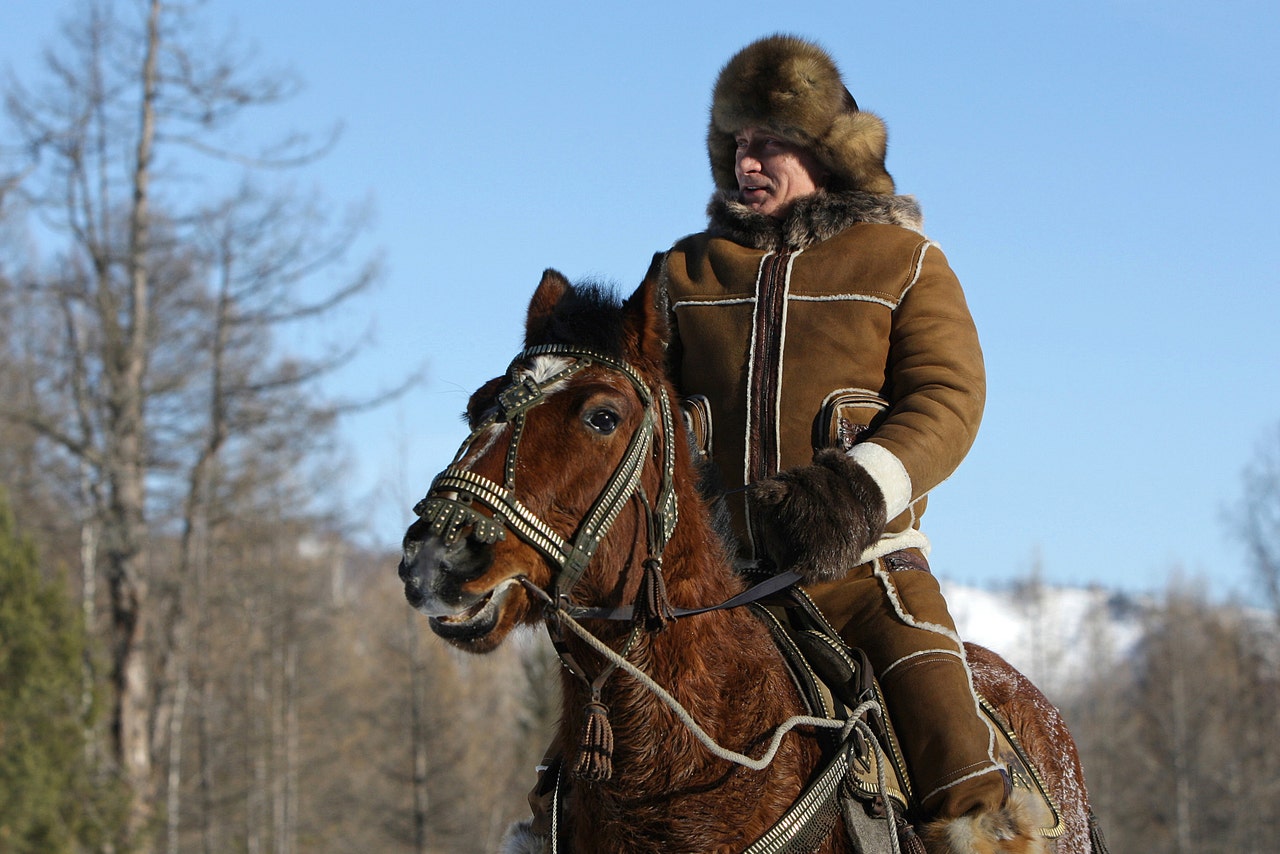 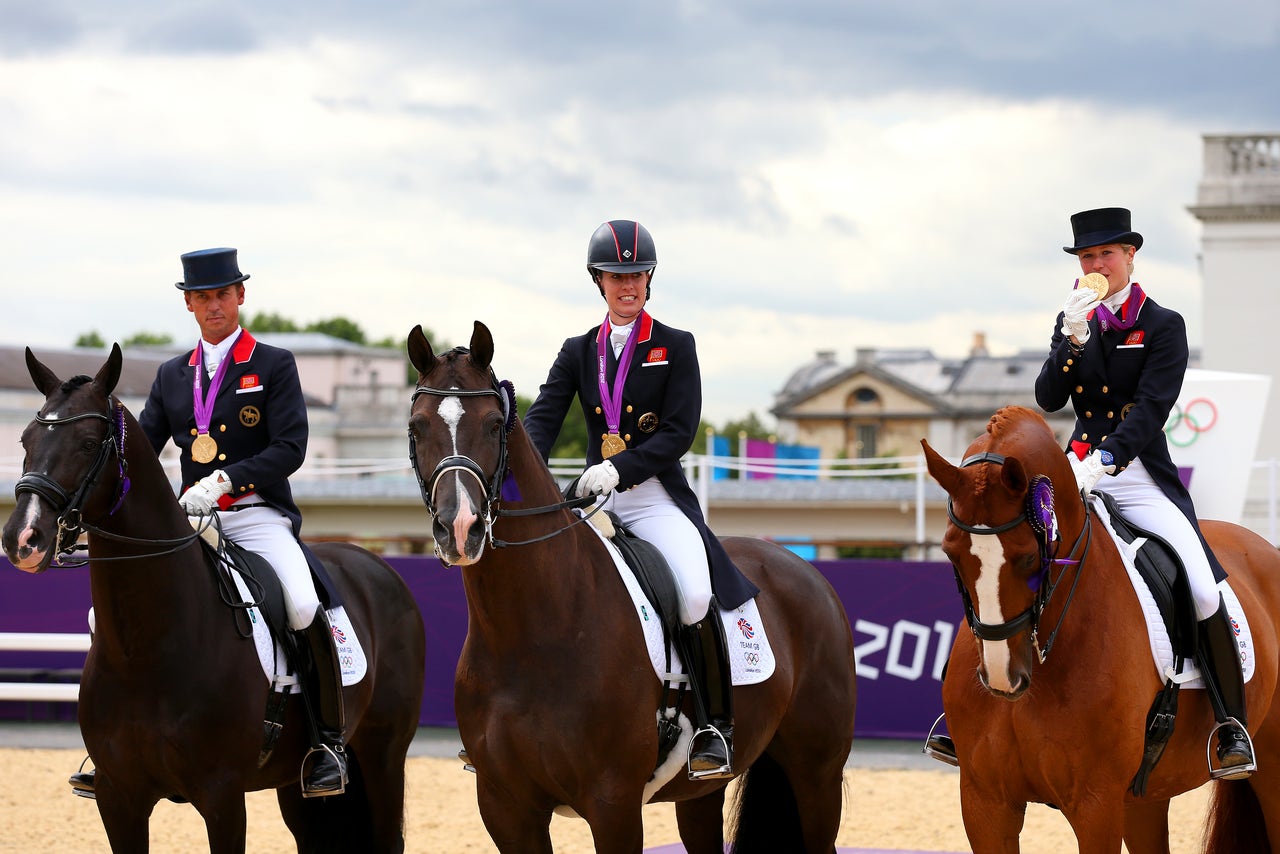