What are those red circles all over Michael Phelps' body?

If you were watching primetime coverage of the Olympics on Sunday night, you doubtlessly noticed that Michael Phelps had about a half-dozen red circles on his upper body, like the world's biggest, most concentric chicken pox or a Gatorade bottle had given him a hickey. What's the deal?

It's called cupping therapy, a Chinese (or Egyptian, depending on who you believe) medicinal practice that dates back thousands of years. It works pretty much in that Gatorade hickey way. Back then, cups were made of glass and, inside them, a flammable material was set aflame. When it went out, the cup was placed on the subject's body creating a vacuum as it cooled. These days, there is a pump that mimics the process, leaving temporary bruises on the body. (You'd imagine Phelps had used that. It's hard to picture Bob Bowman lighting matches in the ready room and sticking silicone cups to his swimmer's pecs.)

For athletes, the idea is that the practice helps in recovery, something that's important for both post-practice purposes and in an eight-day stretch when you might swim a dozen races. So how does it work?

As Swimming World described in their in-depth look at cupping:

Cupping employs suction to tug on the tightest muscles, stretching the fascia. The vacuum lifts the skin off the muscle or bone, allowing the blood vessels to expand and more blood to flow to the targeted area. Increased blood flow is believed to help the body recover faster.

Users report that the process, which takes about 5-10 minutes, feels like pinching followed by immediate pain relief (that lasts a few hours) when the cups are removed. Doing it before a race opens the blood vessels and is said to help blood flow.

However, medical practitioners debate the efficacy of cupping for athletes (and for various maladies) but that's hardly the point. If Phelps, or the scores of other swimmers who engage in cupping, believes it helps, then that placebo effect is worth the trouble. Phelps also thrives on people talking trash about him, like South African Chad Le Clos. That bulletin-board material might not help Phelps go faster, but like cupping, it doesn't hurt. 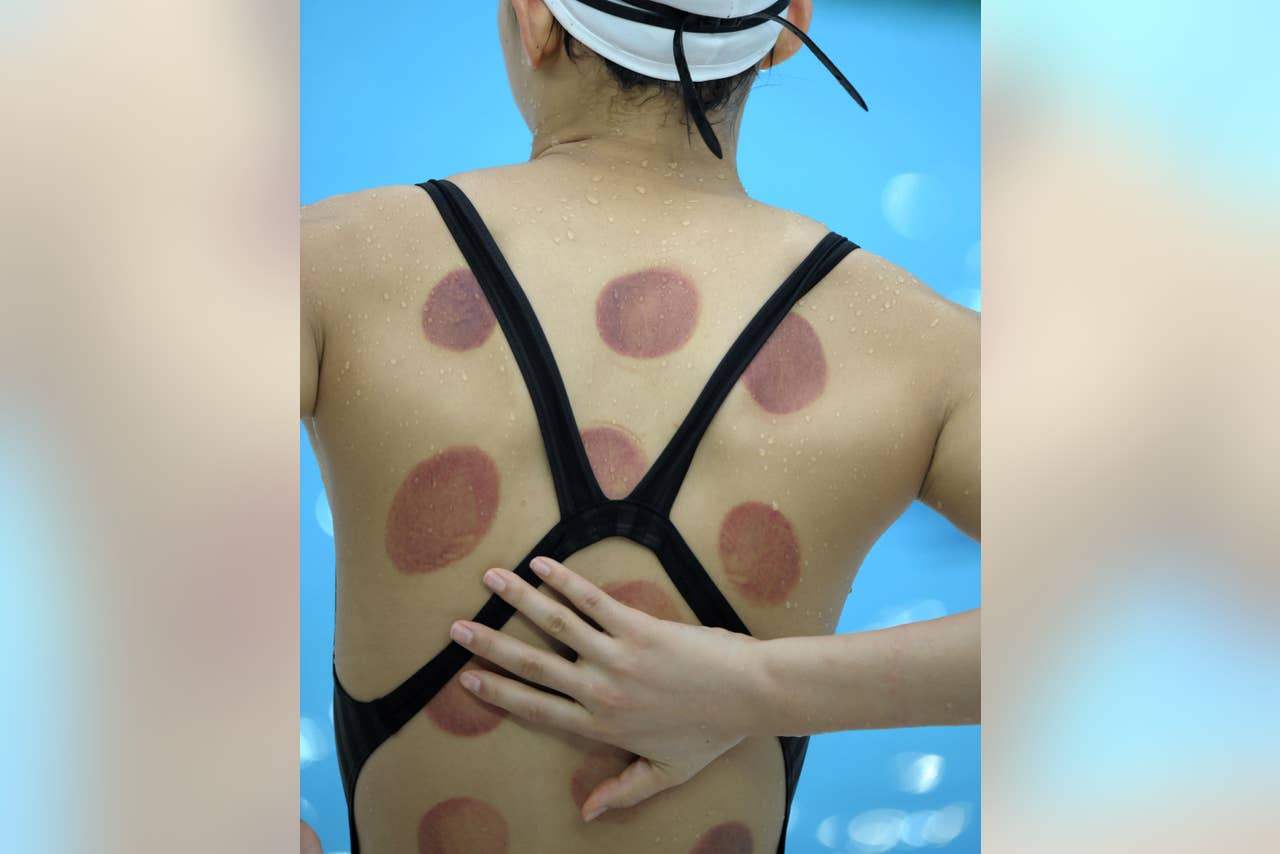 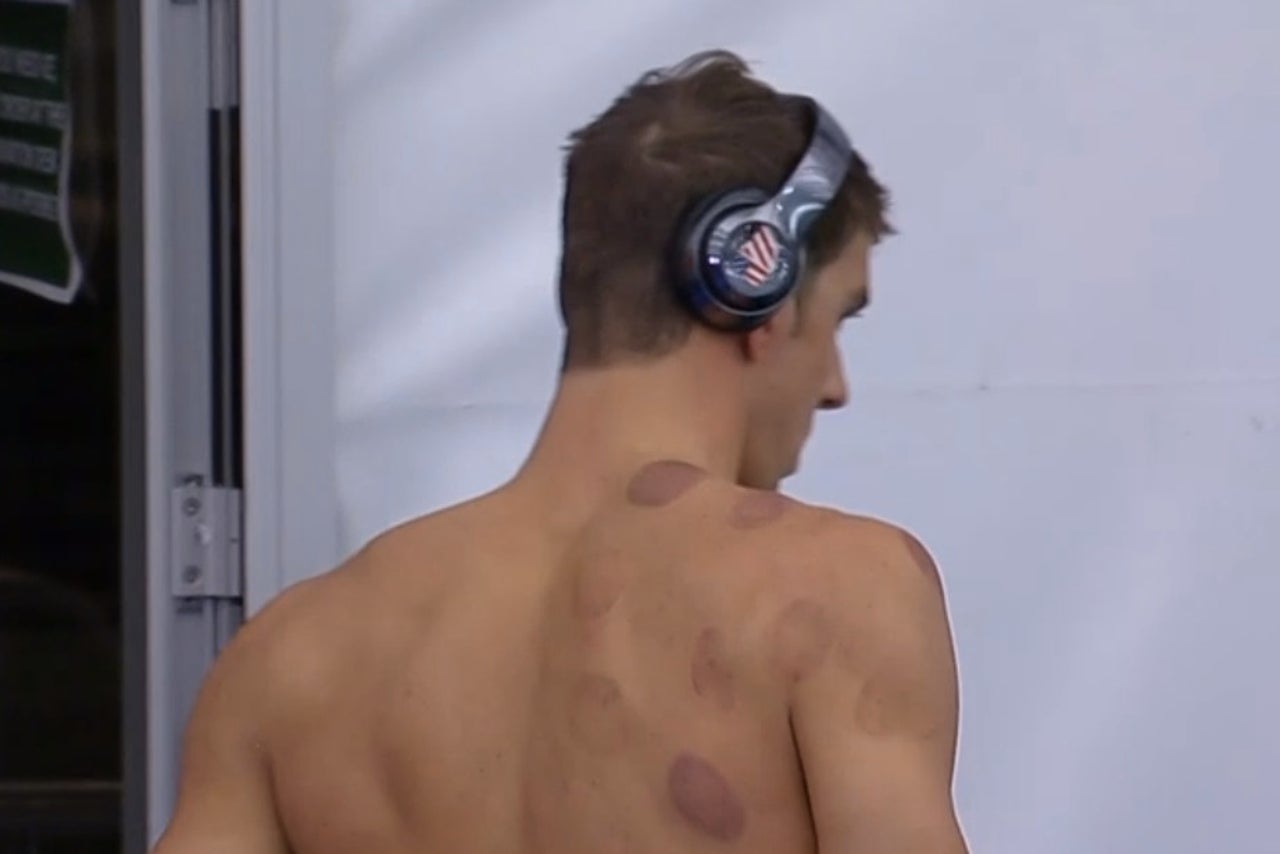