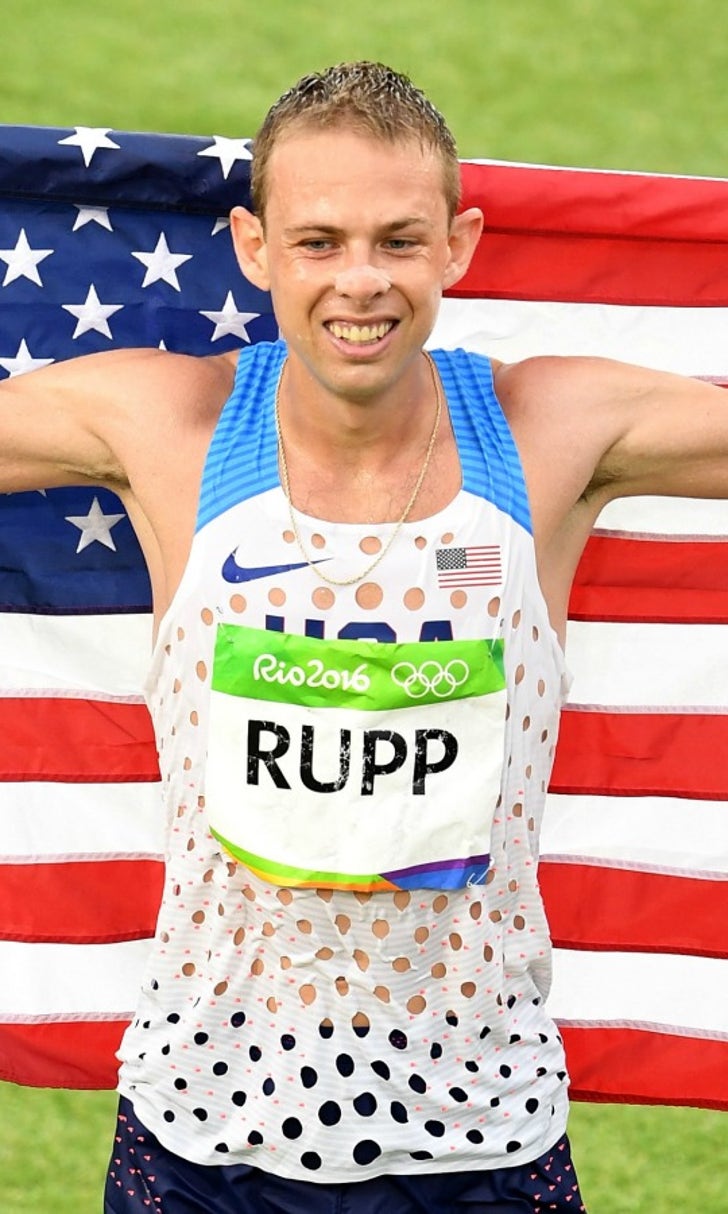 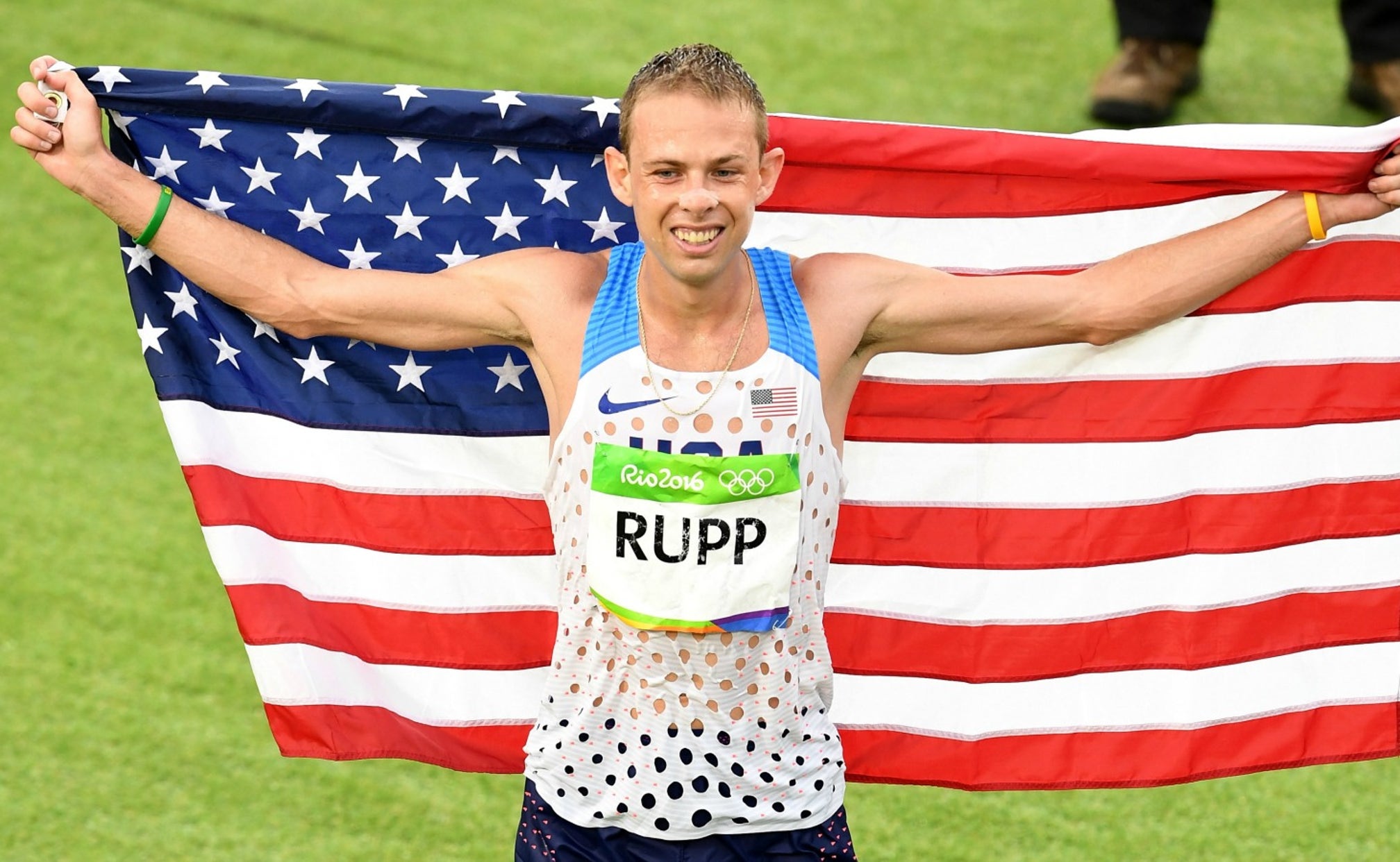 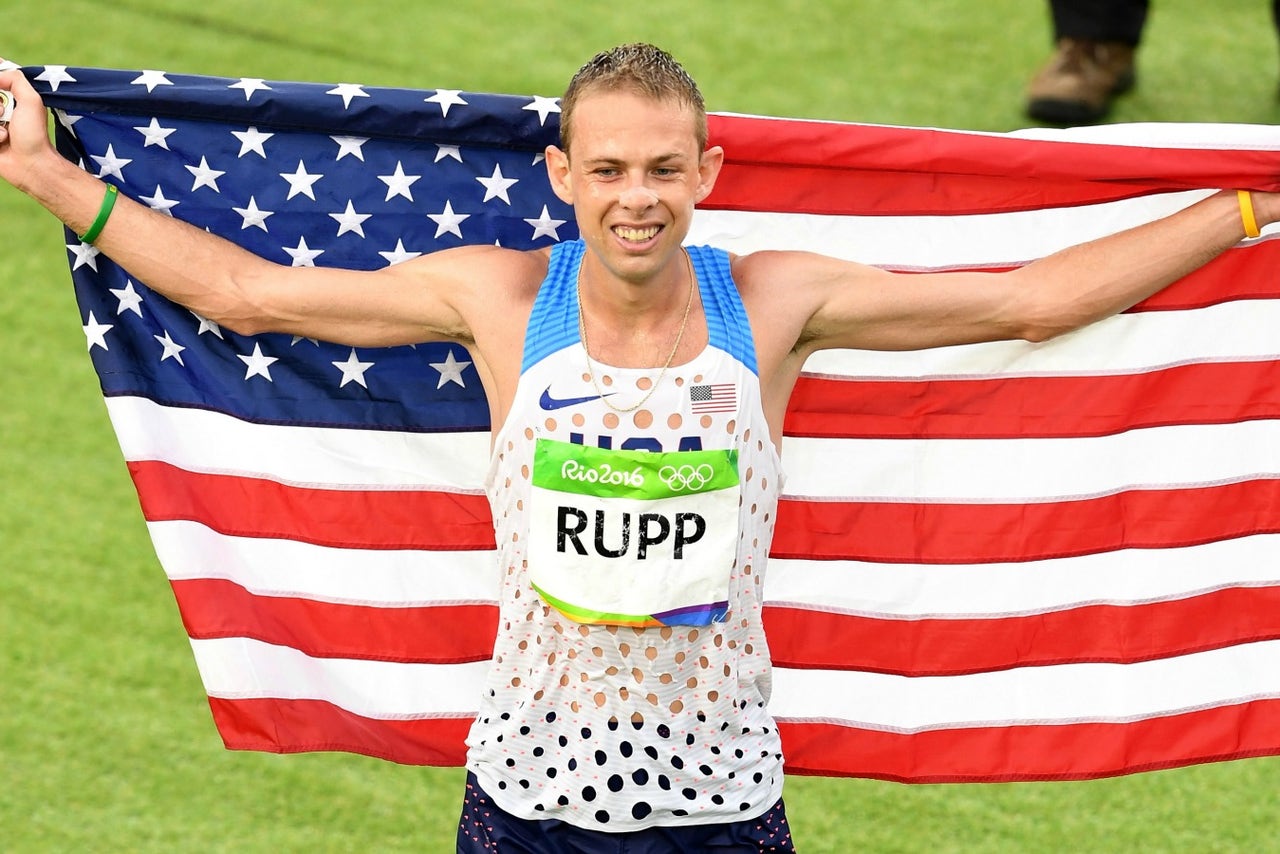 The U.S. distance runner took bronze in Sunday's Olympic marathon event, the first medal of any sort for an American man since 2004.

Even more impressive, it's only his second time competing in a marathon -- his first was in qualifying for the event.

Rupp told NBC Sports that he was inspired by the Adam Sandler movie "Happy Gilmore," where a hockey player finds his true calling is golf.

The winner, Kenya's Eliud Kipchoge, crossed the finish line a minute and a half earlier. Feyisa Lilesa, of Ethiopia, earned the silver.

Meb Keflezighi, on the other hand, didn't have the best finish -- but he had a memorable one.

He is the first American to medal in the event since 2004. pic.twitter.com/LcTt1o2pIk

Galen Rupp has a chance at #gold in just his second marathon ever!

Meb Keflezighi slipped as he was crossing the men's marathon finish line and played it off with PUSH-UPS! pic.twitter.com/7GXwohRncf

Ethiopia
share story
those were the latest stories
Want to see more?
View All Stories
Fox Sports™ and © 2020 Fox Media LLC and Fox Sports Interactive Media, LLC. All rights reserved. Use of this website (including any and all parts and components) constitutes your acceptance of these Terms of Use and Updated Privacy Policy. Advertising Choices. Do Not Sell my Personal Info