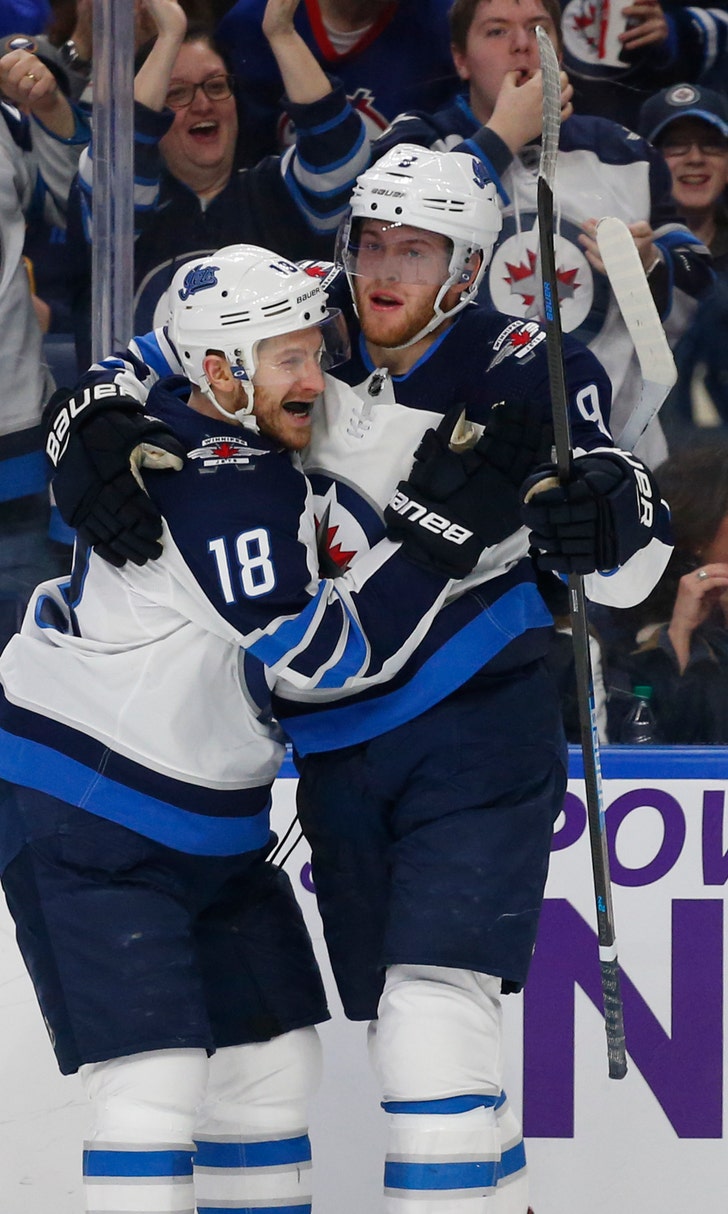 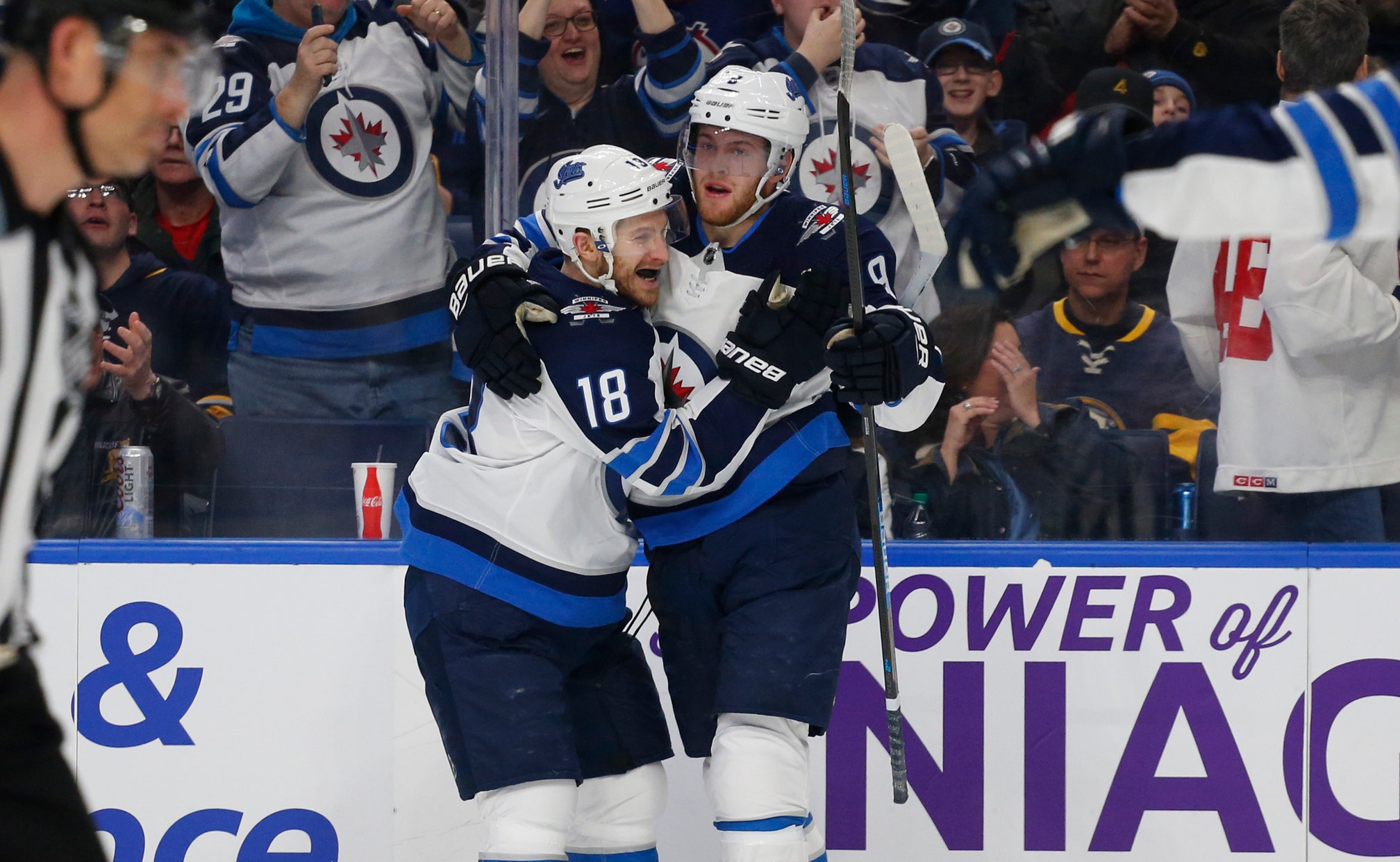 BUFFALO, N.Y. (AP) — Goalie Connor Hellebuyck initially took exception to the suggestion of the Jets being in a slump before being reminded their 0-2-1 skid had been Winnipeg's longest of the season.

Hellebuyck made 35 saves and Blake Wheeler scored the go-ahead goal with 3:55 left in turning the Jets back in the right direction with an efficient 3-1 victory over the Buffalo Sabres on Sunday.

Winnipeg avoided dropping four straight for the first time since going 0-3-1 in March 2017, and upped its lead atop the Central Division standings. At 35-18-3, Winnipeg earned its 73rd point to move two ahead of Nashville after the Predators' 5-4 overtime loss to St. Louis earlier in the day.

Winnipeg cleaned up its defense following a pair of 5-2 road losses at Ottawa on Saturday and Montreal in a game Thursday night in which the Canadiens outshot Winnipeg 53-34.

"It was the first time all tear we've had to deal with that adversity," said Wheeler, who scored his team-leading 28th goal and added an assist.

Defenseman Josh Morrissey set up the decisive goal by driving up the boards from the left point and slipping a pass through the middle and under Sabres defenseman Rasmus Dahlin. Wheeler was left alone at the right post, where he deposited the pass into the open side.

Andrew Copp also scored and Mark Scheifele sealed the win by scoring into an open net in the final seconds.

Jack Eichel scored and Carter Hutton had 26 saves for Buffalo. Coming off a 3-1 victory over Detroit on Saturday, the Sabres failed to win consecutive games for the first time since Dec. 11-13.

The Sabres also squandered an opportunity to gain ground in the race for the Eastern Conference final playoff spot. Buffalo remains 10th, two points behind Pittsburgh and a point behind Carolina.

"Other teams are getting points and moving up the standings and we're not," Eichel said in discounting how well the Sabres played in a game they lost. "I think the moral victories are a thing of the past at this point. We didn't get any points, and they win the game."

The Sabres lost despite outshooting the Jets 36-29, while also going 0 for 5 on the power play. Worse still, Buffalo surrendered a short-handed goal on Copp's breakaway to open the scoring 3:01 into the second period.

Copp got loose up the left wing after Dahlin went to his knees and failed to keep a bouncing puck inside the blue line. Copp burst in and snapped a shot beating Hutton inside the far post.

Eichel tied it nine minutes later and with Winnipeg's Bryan Little returning to the ice after serving a slashing penalty. Playing give and go with Dahlin along the right boards, Eichel got the return pass, stepping into the circle and snapped a shot through a crowd, and with Hellebuyck screened by Buffalo's Sam Reinhart.

Hellebuyck referred to how tight the game was as being a good test in preparing the Jets for the final stretch of the season and playoffs.

"At the beginning of the year, we've been scoring a lot. And now we're realizing if we want to win, we've got to play some shutdown defense," Hellebuyck said. "I thought tonight was the way we want to play. That's probably what the playoffs are going to be like, tight to the end."

NOTES: Sabres D Zach Bogosian is listed day to day with a lower body injury and replaced by Matt Hunwick, who played just his fourth game since being activated off injured reserve in mid-December. ... Jets D Dmitry Kulikov missed his second consecutive game with an upper body injury. ... Eichel extended his point streak to five games, in which he has two goals and four assists.