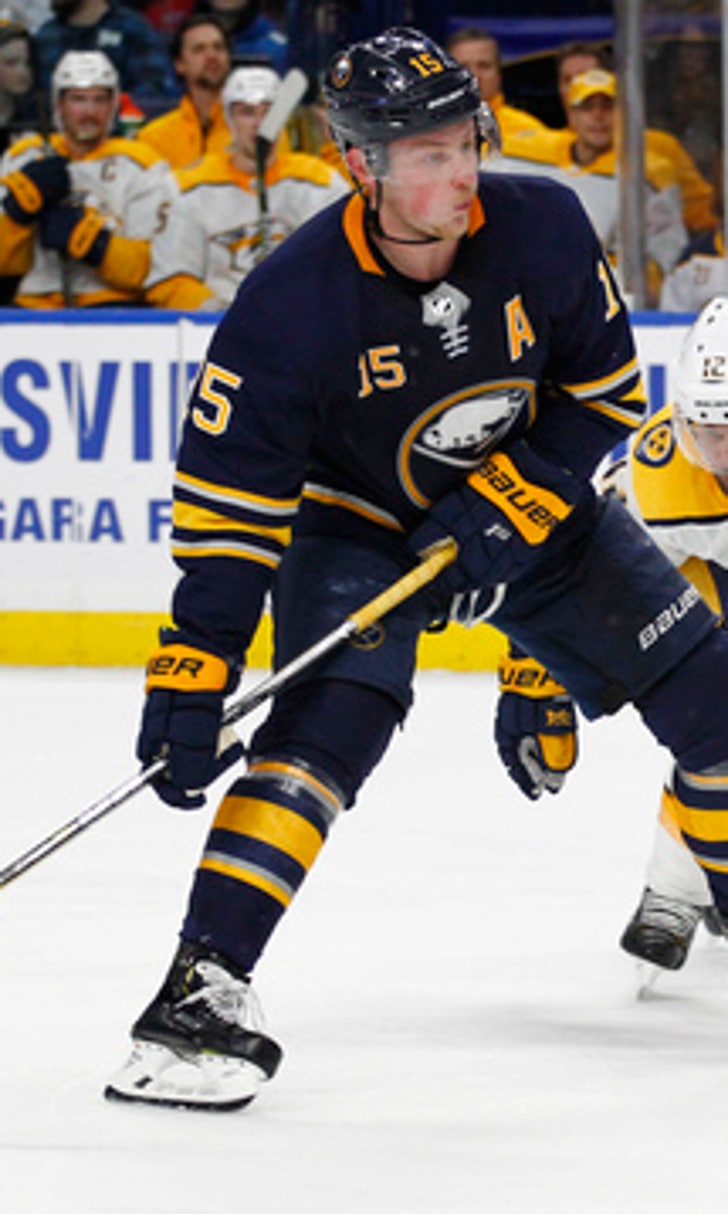 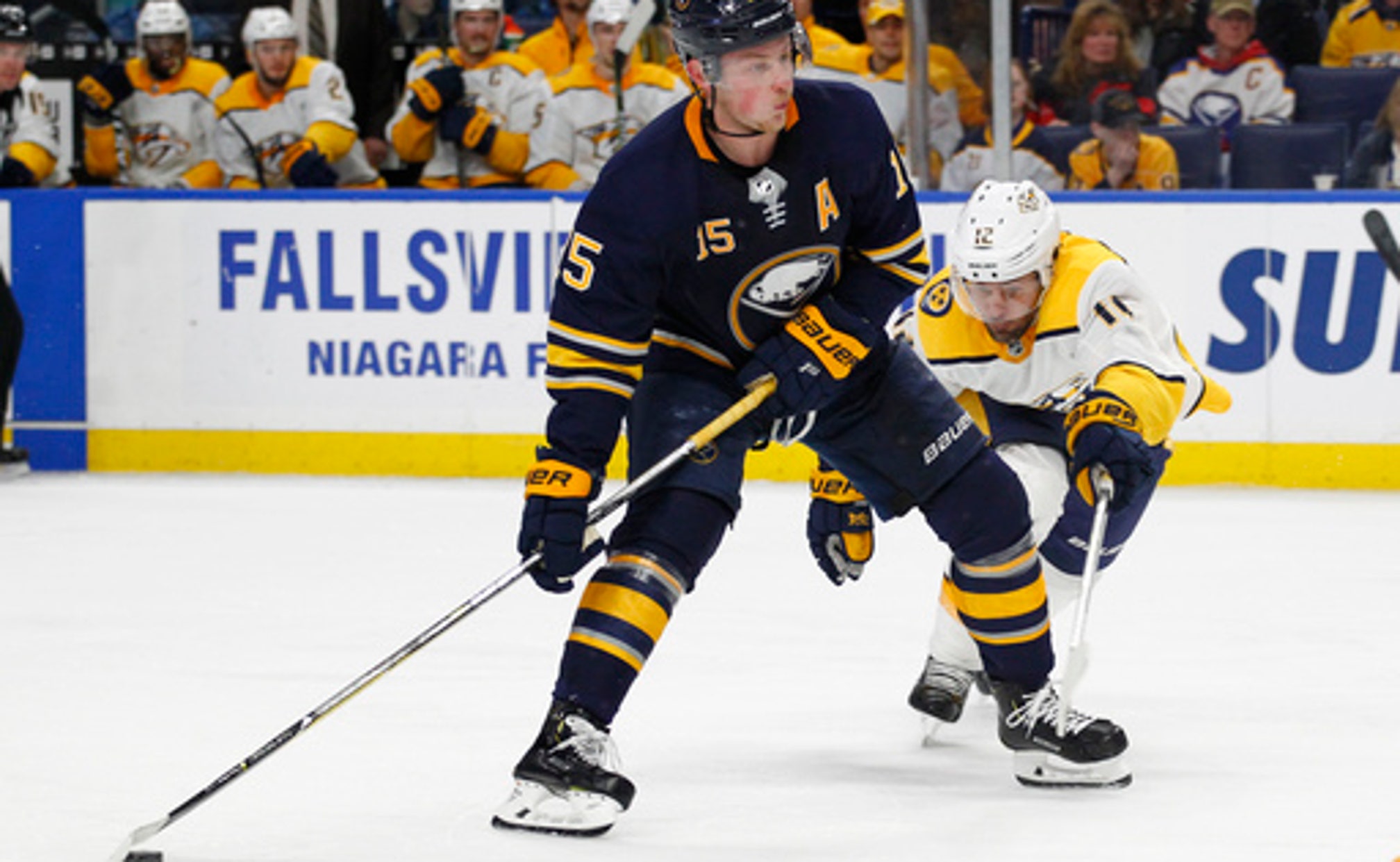 Tanks for nothing: Some NHL teams can’t win for losing

BUFFALO, N.Y. (AP) Jack Eichel has difficulty accepting the sorry state of the Buffalo Sabres, who haven't had a sniff at the playoffs in the three years since his celebrated arrival.

''When I got drafted, if you would've said we'd be in this position, I probably would've told you to give your head a shake,'' Eichel told The Associated Press.

Instead, it's the 21-year-old shaking his head in disbelief over a franchise that's finished no better than 14th in the Eastern Conference since 2012-13 and in jeopardy of finishing last in the overall standings for the third time in five years.

This isn't what anyone - from since-fired GM Tim Murray to Sabres fans encouraging the team to tank - were anticipating during the 2014-15 season. That's when Buffalo was in a race to the bottom for the right to draft one of the two touted, generational prospects: Eichel and Connor McDavid, who was selected first overall by Edmonton.

What's worse for Eichel is seeing other teams jumping ahead of Buffalo in the rebuilding process.

''You look at Colorado and some of these teams, New Jersey, that make a quick turnaround and all of a sudden they're in the playoff hunt,'' he said.

If misery likes company, the Sabres aren't the only ones stuck in a rut.

Whatever watershed moment the 2015 draft was supposed to represent by infusing game-changing talent to the NHL's neediest teams, it has yet to make more than a ripple in the standings.

Eichel hasn't made a dent in the Sabres' fortunes despite averaging nearly a point a game. For all of McDavid's offensive exploits and earning NHL MVP honors last season, the Oilers will miss the playoffs for the second time in his three years.

Instead, the 2015 draft serves as a cautionary example of how bottoming out doesn't guarantee instant turnarounds.

With the exception of Toronto, three of the teams, including Arizona, with top-five selections in 2015 have already been eliminated from this year's playoffs, and a fourth, Carolina, could join them soon.

So much for the tanking tenet held by several NHL executives, who thought the best way to build a champion was to start by losing big.

Pittsburgh did that in building its three most recent Stanley Cup champion teams with two No. 1 draft picks (Sidney Crosby and goalie Marc-Andre Fleury) and a No. 2 (Evgeni Malkin). Chicago's three most recent Cup winners followed the Blackhawks selecting Jonathan Toews with the No. 3 pick in 2006 and Patrick Kane No. 1 the following year.

And yet, there are exceptions.

Just look at the NHL expansion Vegas Golden Knights, who have clinched a playoff berth and are leading the Pacific Division with a team cobbled together from scratch.

''A lot of teams have a lot of good hockey players, but there's not many Malkins and Crosbys in the NHL. No, we don't have them,'' Vegas coach Gerard Gallant said. ''It's all about being a team. And we've been a team since Day 1.''

This year, Nashville is leading the NHL with a roster featuring one top-five draft pick, forward Ryan Johansen, who was acquired in a trade with Columbus, and no other player selected in the top 10.

''You don't always have to be real bad for a few years to win,'' Predators veteran forward Mike Fisher told The AP.

Goalie Pekka Rinne credits Predators management for assembling the team through trades and identifying talent in the later rounds of the draft. The Predators feature six players Nashville selected in the fourth round or lower, including Rinne, an eighth-rounder in 2004.

''We've never had to rebuild,'' Rinne said. ''And for a guy like myself being here for a long time, it's nice to have that. You don't have to waste any years.''

Having a wealth of high picks is no guarantee.

Florida has made the playoffs twice since 2001-02 despite having a top-10 pick 10 times over that span.

The Oilers have made the playoffs once since 2010 despite selecting first four times.

The New York Islanders will miss the playoffs for a sixth time since selecting John Tavares with the No. 1 pick in 2009.

After 2015, there are even fewer benefits to finishing last after the NHL altered its draft lottery formula. Now, the last-place team is assured of nothing more than the No. 4 pick, as opposed to No. 2.

On Wednesday, the NHL announced the team finishing last will have an 18.5 percent chance of landing the first pick, up from 18 percent last year. The odds also improved for teams finishing second to last (13.5 percent, up from 12.1) and third last (11.5 from 10.3).

''I don't want to say tanking, but when you do tank, I think it sets a precedent in your organization that it's OK to lose, and you're showing the young guys that losing's acceptable,'' Richardson told The AP.

Red Wings GM Ken Holland told The AP he has received no assurances from the team he'll return for a 21st year, despite reports indicating he will be back.

MLive.com on Tuesday cited an unnamed person in reporting Holland will be back ''with or without a contract.'' The Detroit Free Press quoted a person familiar with the situation saying ''he's going to be back as the GM,'' but reported it's unclear how Holland's contract will be structured.

Holland, in a text to The AP, declined to discuss whether he'd return without a contract, saying: ''I'll talk when the final decision has been made.''

Top spot in the overall standings could be on the line Sunday, when the Western Conference-leading Predators travel to play East-leading Tampa Bay.