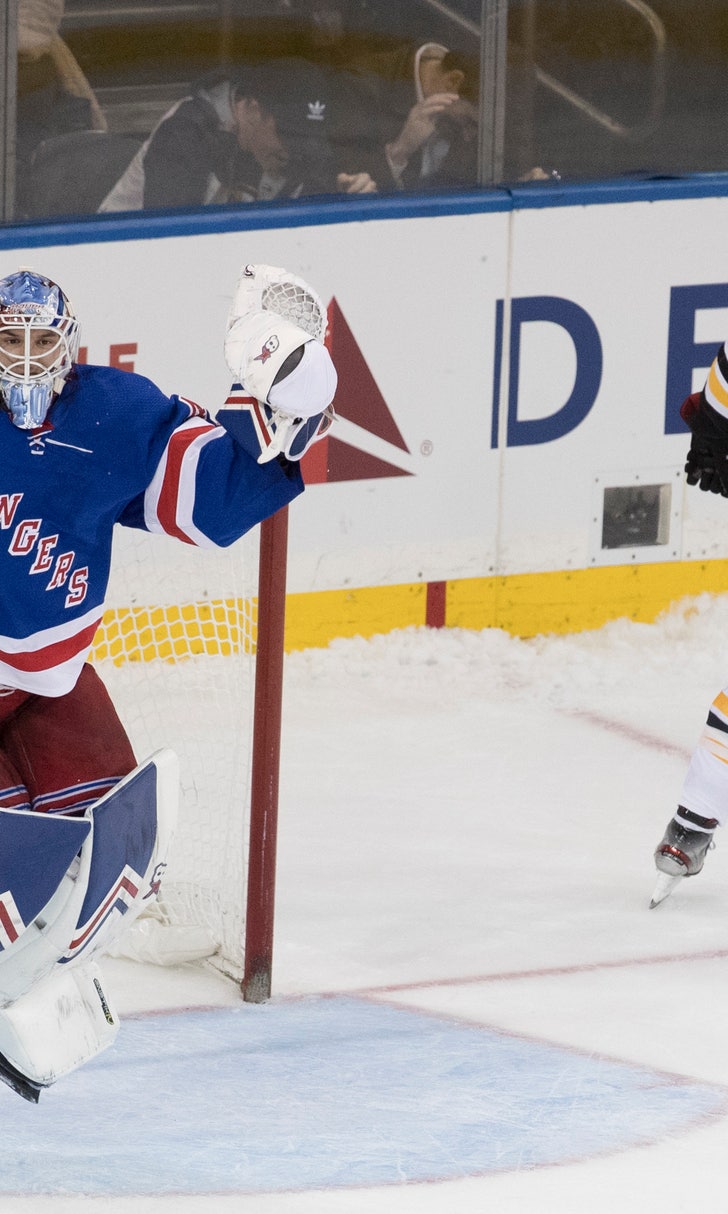 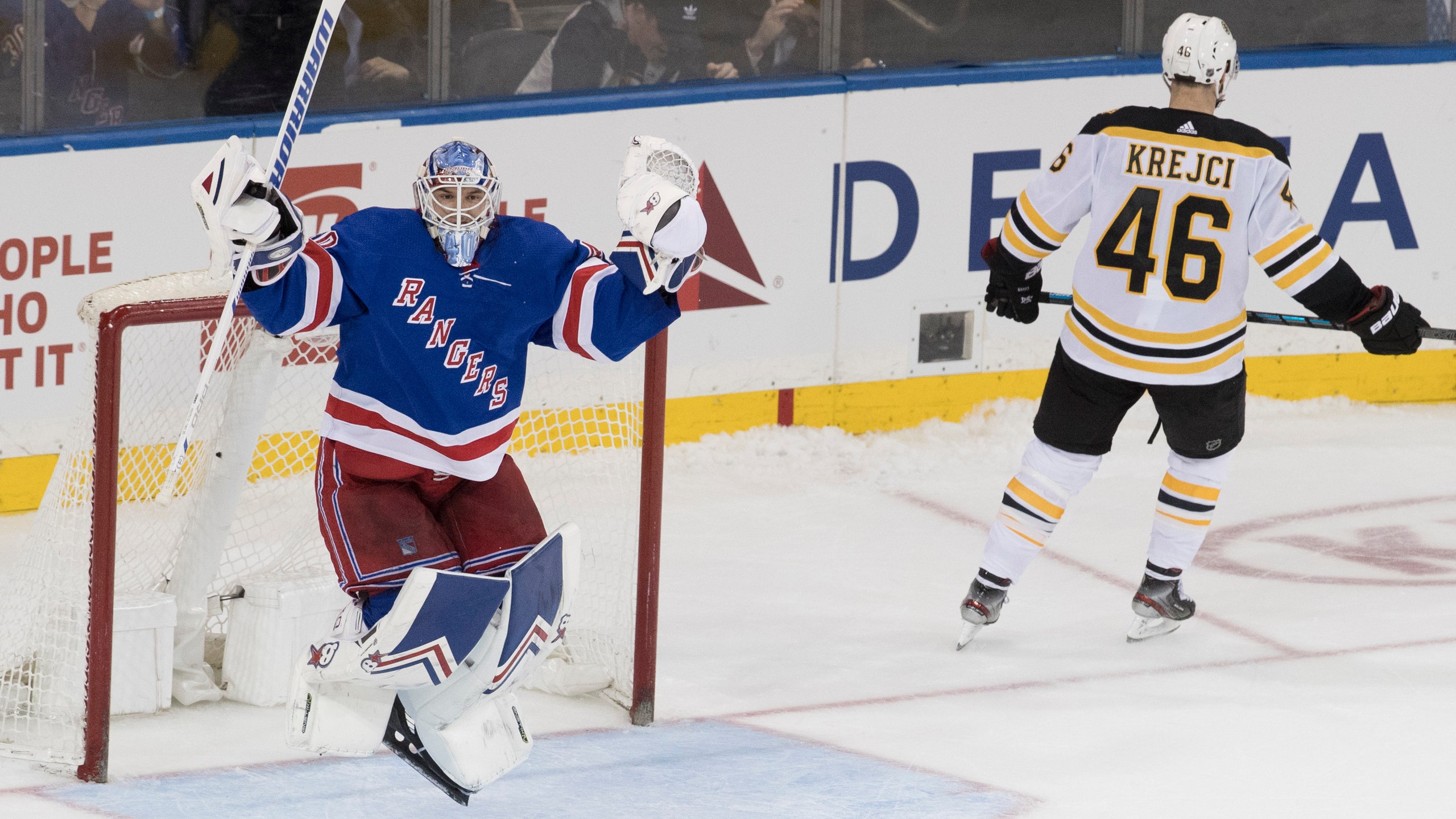 NEW YORK (AP) — Tony DeAngelo scored the decisive goal in the seventh round of the shootout and the New York Rangers rallied from two goals down in the third period to beat the Boston Bruins 4-3 on Wednesday night.

Mika Zibanejad, Kevin Hayes and Filip Chytil scored for New York and Alexandar Georgiev finished with 27 saves. The Rangers won for the second time in five games (2-2-1) after a stretch in which they won four of five.

Zibanejad and Marchand each scored in the third round of the tiebreaker, and the Rangers won it when David Krejci missed on the Bruins' last attempt.

Rielly started a rush after an Ottawa turnover, passed to Zach Hyman, and took Hyman's backhand pass alone in front of the goal for his 14th of the season. It also was Rielly's career-high 53rd point.

Toronto Maple Leafs
share story
those were the latest stories
Want to see more?
View All Stories
Fox Sports™ and © 2021 Fox Media LLC and Fox Sports Interactive Media, LLC. All rights reserved. Use of this website (including any and all parts and components) constitutes your acceptance of these Terms of Use and Updated Privacy Policy. Advertising Choices. Do Not Sell my Personal Info