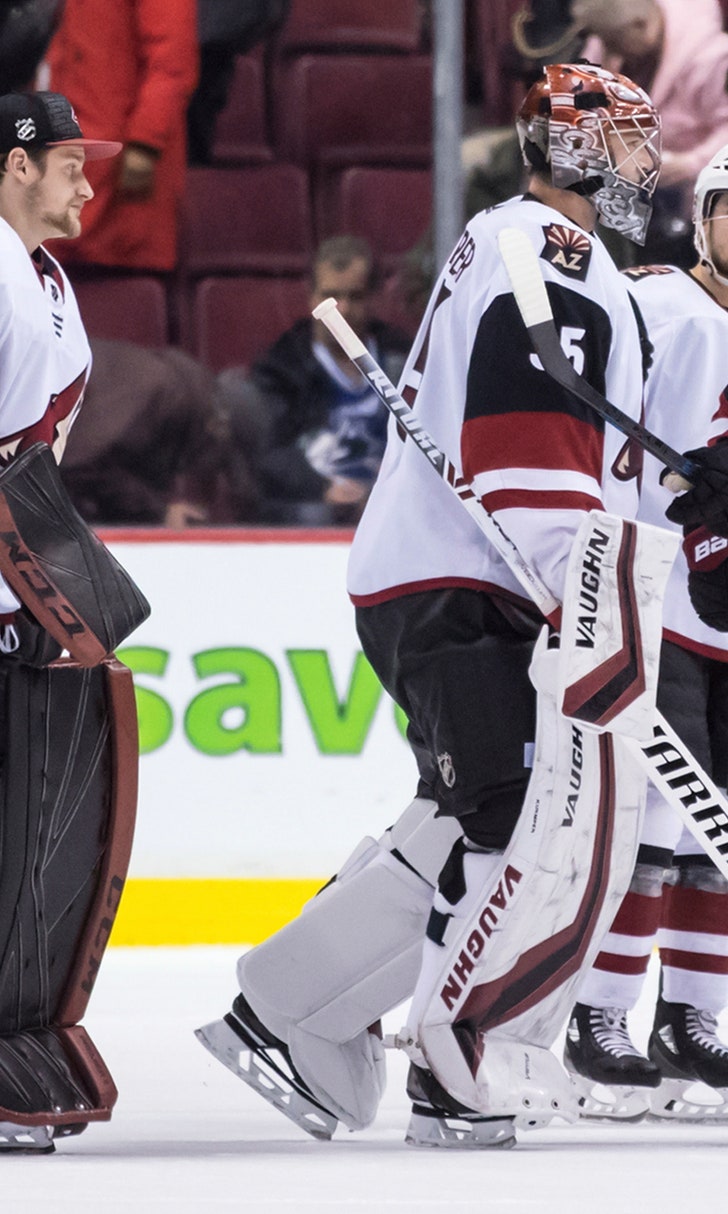 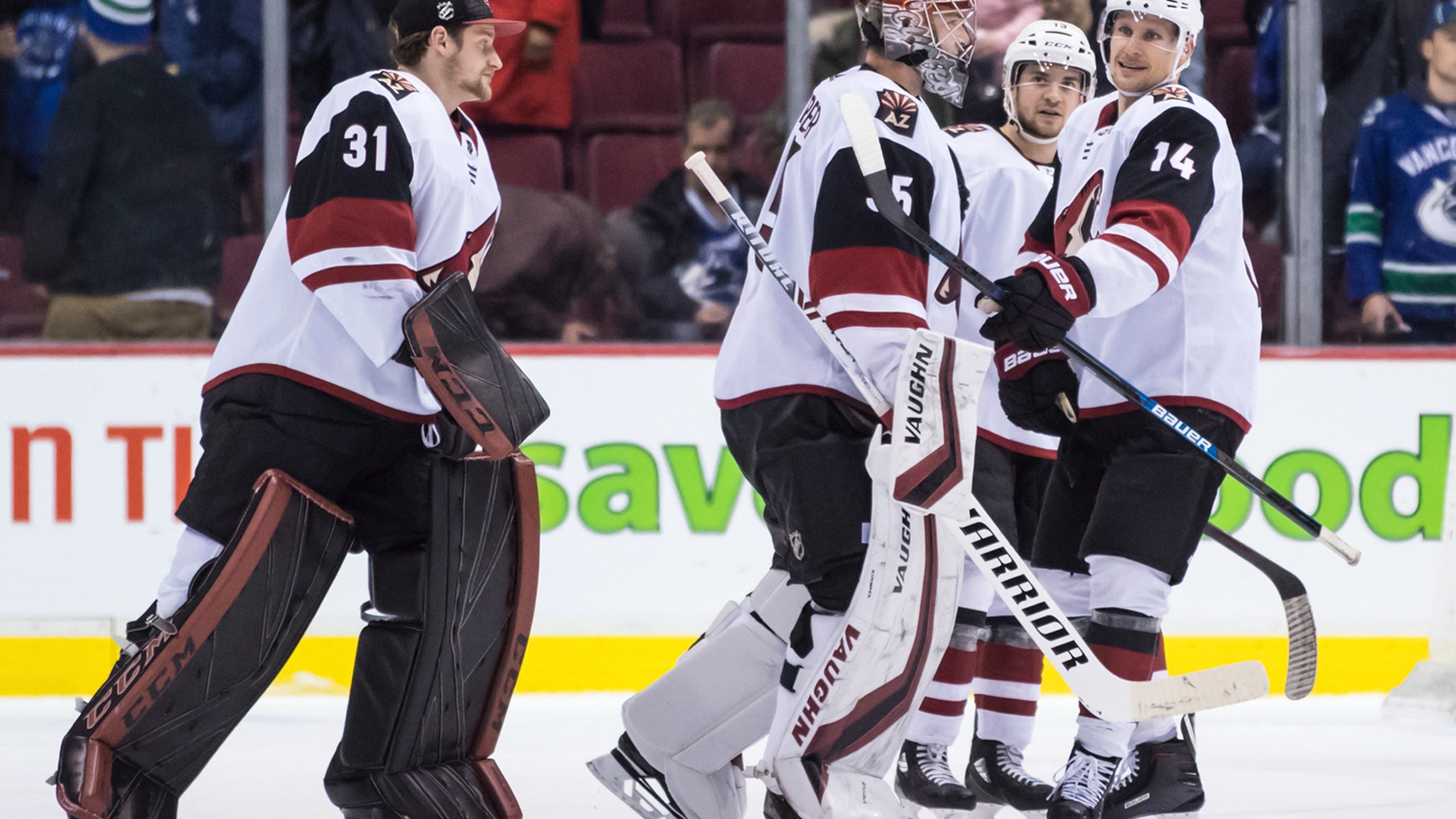 Richard Panik gave the Coyotes one final advantage — and a victory.

Panik scored his second goal of the game with 50 seconds left in overtime to lift Arizona to a 4-3 victory on Thursday night.

Panik added an assist, and Nick Cousins and Conor Garland also scored for the Coyotes, who got 33 saves from Darcy Kuemper.

"I feel like it's a character win for us today," Arizona defenseman Niklas Hjalmarsson said. "We battled out there."

Sven Baertschi scored twice and Adam Gaudette added a goal for the Canucks, who erased one-goal deficits three times but couldn't pull off the victory. Jacob Markstrom stopped 18 of 22 shots.

Arizona's opening goal came 1:26 into the second period after Vinnie Hinostroza sent a blind, back-handed pass to Panik at the top of the crease and he popped it in past Markstrom.

Vancouver, which didn't register a shot in the game's first 15 minutes, responded just 57 seconds later to tie it. Chris Tanev picked off a pass in the neutral zone and sent it to Baertschi at the Coyotes' blue line. The Canucks left winger deked Arizona's Jakob Chychurn by putting the puck through his legs, then sailed it up and over Kuemper's arm.

A pair of controversial plays lead to Arizona's second goal.

Vancouver's Nikolay Goldobin got whacked from behind by Oliver Ekman-Larsson as he went to the net, but there was no call. Goldobin stayed flat on the ice for a moment as Panik got the puck back in Vancouver's end. His shot bounced off Markstrom to Cousins, who deflected it into the net.

Green challenged the play, citing goalie interference but it was deemed a goal.

Vancouver tied it again with just 32 seconds left in the second period. Kuemper stopped a long shot from Ben Hutton, but the rebound popped out to Gaudette, who was ready and waiting at the side of the net and sent in a quick wrister. It marked Gaudette's return to the NHL after being sent to the AHL last month. He was called back up on Monday after Josh Leivo and rookie Elias Pettersson were injured.

Garland put the Coyotes ahead again midway through the third period after the Canucks turned the puck over at the blue line.

Baertschi forced overtime by tipping in a rebound off a shot from defenseman Troy Stecher with less than five minutes to go.

"It wasn't the prettiest game, but it's a game we hung around in and had a chance to win it, really, in the third," Baertschi said. "Too bad we came up short."

Coyotes: at Edmonton on Saturday.