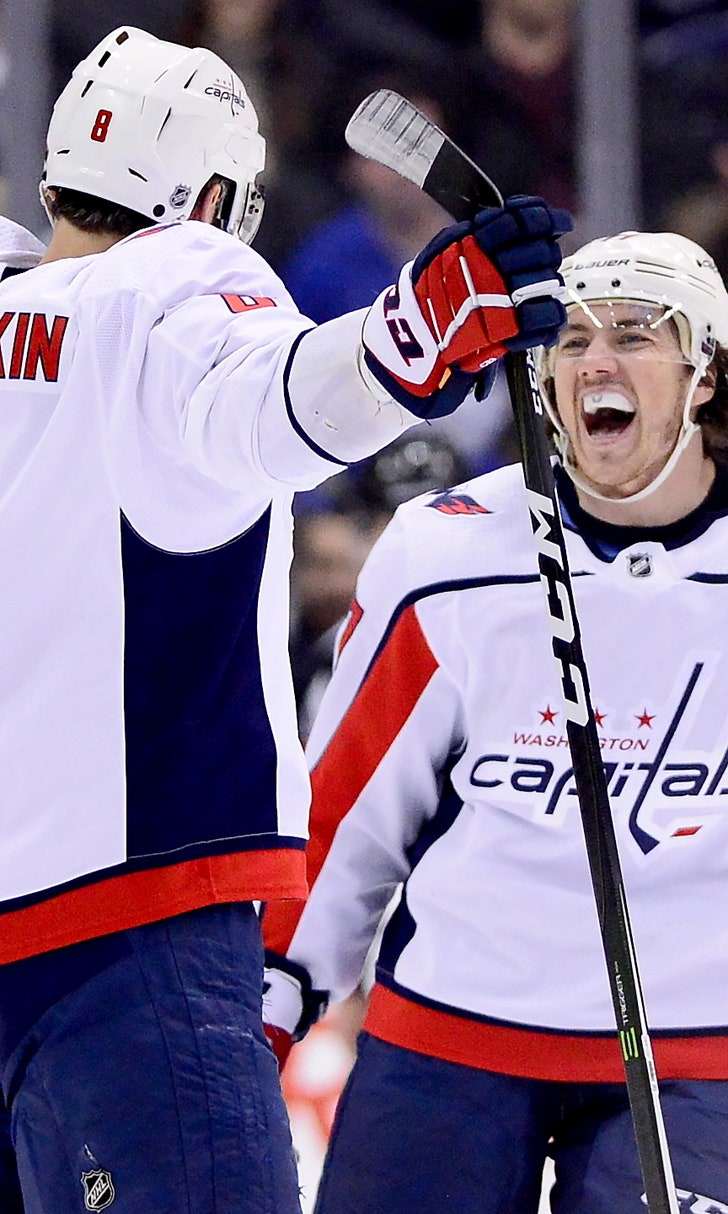 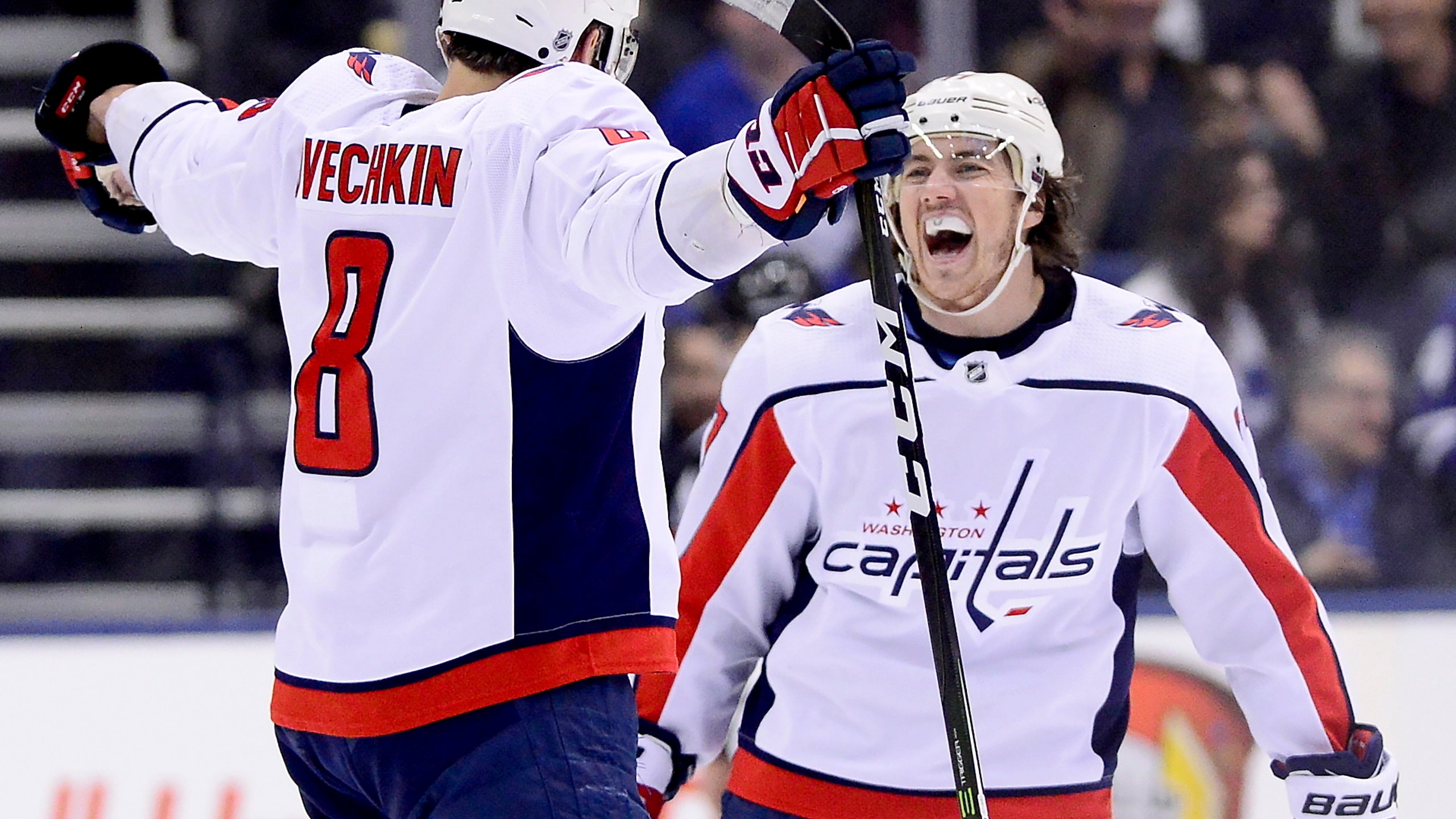 Ovechkin scored the 650th goal of his career and Braden Holtby made 40 saves as the Capitals defeated the Toronto Maple Leafs 3-2 on Thursday night.

"(Holtby) was unstoppable," said Ovechkin, the 14th player in NHL history to reach 650 goals. "He makes tremendous saves and keeps us in the game."

Tom Wilson had a goal and an assist, and Brett Connolly also scored for Washington, which won consecutive games for the first time in two weeks. Lars Eller added two assists.

"Every point is very important," Ovechkin said. "Especially on the road, if you get a win or get a point it's a very good result."

"We didn't get the result, but we had a lot of pucks on net," Tavares said. "We did some good things, but I think at times we didn't sustain some of the momentum that we would like.

The Leafs, who were playing at home for the first time since Feb. 6 following a season-long six-game trip that ended with a 3-2-1 record, entered 7-2-2 over their last 11, but had also dropped two straight.

Washington, which donated a Stanley Cup ring in honor of last June's victory to the Hockey Hall of Fame on Wednesday, grabbed a 1-0 lead at 3:54 of the second period when Ovechkin scored past Andersen with Toronto defenseman Morgan Rielly in the penalty box for holding.

T.J. Oshie won a faceoff back to John Carlson, who quickly fed Ovechkin for a one-timer that flew past Andersen's glove for his 43rd goal of the season, and fifth in the last four games.

"His numbers, his play speak for itself," Tavares said. "You look where he scored from tonight — that's not that close to the net. His ability to get pucks off (with) very little room and being as accurate as he is ... there's no bigger threat over the last 10, 20 years on the power play.

"Any time he's got the puck in the offensive zone, you know it's got a chance."

Ovechkin — who has 39 goals in 48 career outings against the Leafs, including 22 in 24 games in Toronto — beat Andersen on Jan. 23 for the 1,179th point of his career to tie Sergei Fedorov for the most points in the NHL by a Russian-born player.

Washington then went up 2-0 at 12:07 on a sequence that started when Wilson rocked the Leafs Jake Gardiner behind the net. Eller grabbed the puck and found Connolly, who slid in his 15th.

"We've been trying to improve our forecheck," Wilson said. "That's a textbook one there."

Carlson had a chance to make it 3-0 later in the period, but Andersen made a terrific stop on the defenseman's blast.

Holtby made a couple of good stops early in the third, but the Leafs finally broke through at 4:23, when Johnsson scored his 16th after Auston Matthews had his wraparound effort stopped.

Toronto got a power play when Carlson was whistled for hooking, and Washington restored its two-goal lead when Wilson buried his 16th off a pass from Eller on a 2-on-1 at 6:46.

Mitch Marner had an opportunity to get Toronto back within one with six minutes left in regulation, but his pass failed to connect with Zach Hyman.

Tavares scored his 34th with 32.1 seconds left with Andersen on the bench for the extra attacker.

The Capitals held on to win consecutive games for the first time since Feb. 5-7 against Vancouver and Colorado.

There were plenty of chances in an entertaining first, but neither team could find the mark.

Andersen stopped Nicklas Backstrom on the doorstep at one end before the Leafs raced the other way, with Holtby robbing Patrick Marleau with the blocker before Matthews saw his follow-up effort clank off the crossbar.

Holtby then stoned William Nylander, who moved to center from the wing with Nazem Kadri out with a concussion, and Connor Brown in quick succession.

Not to be outdone, Andersen gloved a blast by Dmitri Orlov off an ugly turnover by the Leafs.

NOTES: Ovechkin is six goals back of Leafs president Brendan Shanahan for 13th on the all-time list. ... Kadri suffered the concussion in Tuesday's 3-2 overtime loss in St. Louis. ... Marleau played the 1,635th game of his career, tying him with Scott Stevens for eighth on the NHL's all-time list. ... Washington made a trade Thursday, acquiring winger Carl Hagelin from Los Angeles for a third-round draft pick in June, and a conditional sixth-round selection in 2020. The 30-year-old pending unrestricted free agent is expected to make his debut Friday in Buffalo when the Capitals wrap up a season-long five-game road trip.

Capitals: At Buffalo on Friday.