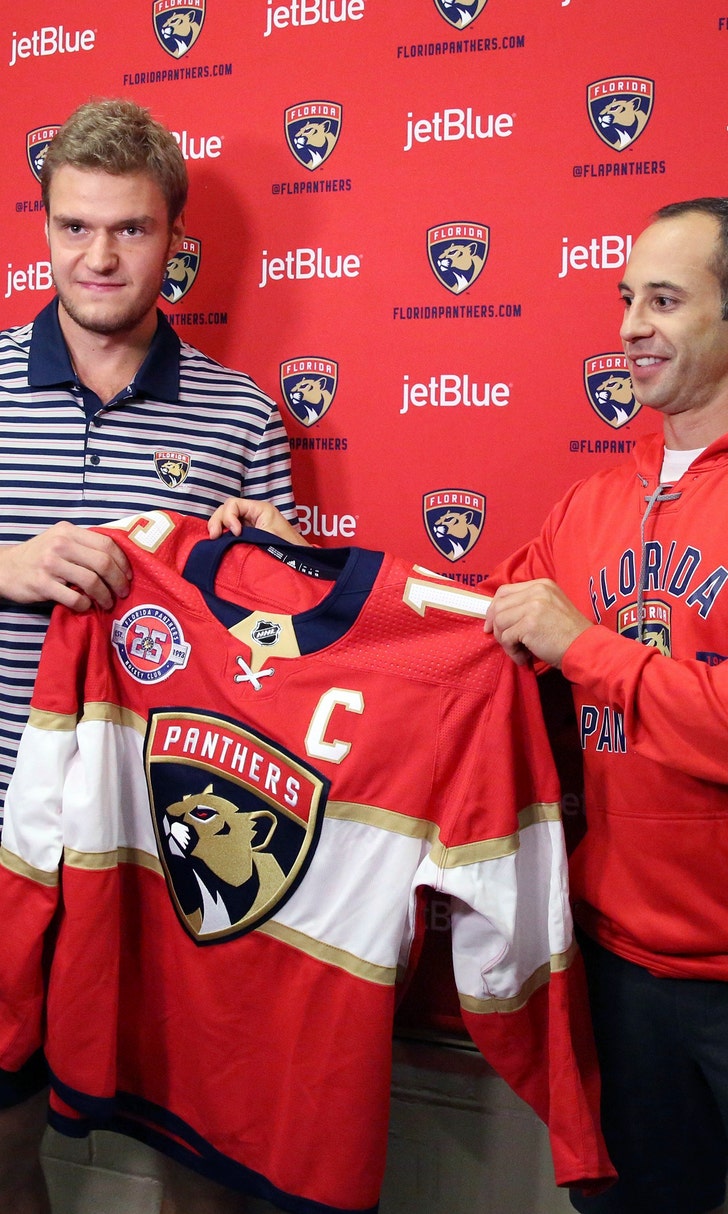 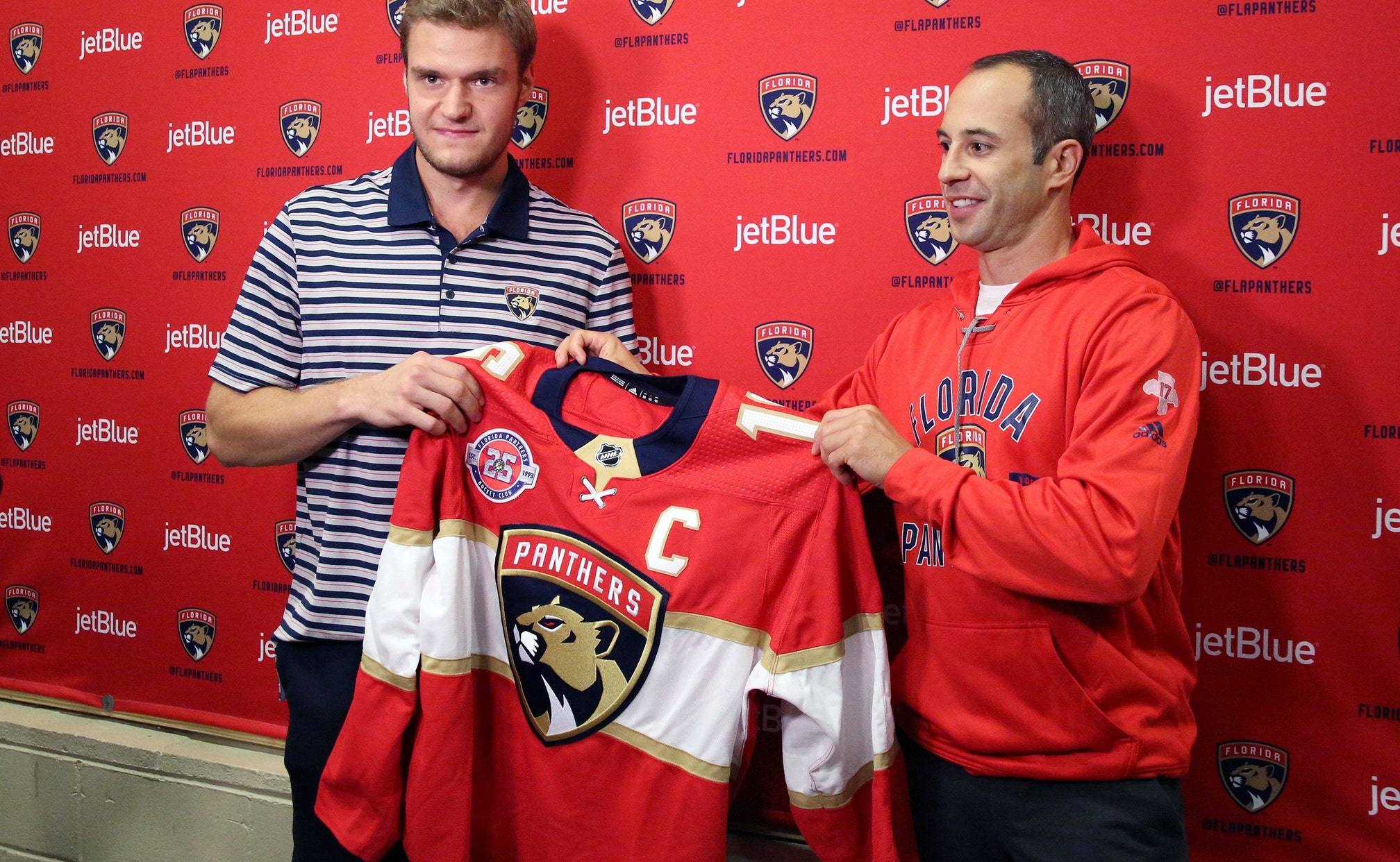 Nothing to 'C' here: Importance of NHL captains is changing

Ryan Johansen remembers how the Columbus Blue Jackets didn't have a captain until one day it clicked and everyone knew it should be Nick Foligno.

For more than a century, NHL teams have named one player the captain, equipment managers stitched a "C'' on his jersey and, if all went well, he was the one who'd accept the Stanley Cup and lift it first. It's still a hockey tradition with special meaning at all levels of the game, but almost one third of the 31-team league could go into opening night without a captain, a sign of the times that it's no longer a necessity and certainly not a distinction that management and coaching staffs want to jump into without a lot of thought.

It's a hot topic right now in Toronto, where the Maple Leafs haven't had a captain since trading Dion Phaneuf in early 2016 and are in no hurry to designate one. Longtime Islanders captain John Tavares and 2016 top pick Auston Matthews are the leading candidates, and each say they are fine with general manager Kyle Dubas waiting to make a decision.

"It's very important to have a captain, but I also think the way Kyle's handling it is the right way to do it because it doesn't really make sense to just throw somebody the captaincy," Matthews said. "It should have to be the right person. I think it's honestly been blown up a lot this summer with our team with, 'Somebody's going to get it, who's going to get it?' But I think in the end they're going to make their decision and it's going to be the right one."

Sometimes the decision is not to have a captain at all. The New York Rangers reached the Stanley Cup Final without a captain in 2014 after trading Ryan Callahan at the deadline, and the Golden Knights did the same last year after not having a captain in their inaugural season.

"For us last season all coming from different places, different teams, it was a good thing," Vegas goaltender Marc-Andre Fleury said. "Everybody chipped in. I think we had a good group of veterans who played a lot of games. I think all together we kind of took charge of helping try to lead the team. It worked out pretty good for us."

The Golden Knights lost in the final to the Capitals as Alex Ovechkin became the first Russian-born and just the third European-born and trained captain to win the Cup. No team has won it without a captain since the 1972 Boston Bruins.

"That tells you something," said Minnesota's Eric Staal, who was captain of the Carolina Hurricanes for six seasons. "Sometimes it can be overblown with saying you really have to have one or this player can't handle this or that. I don't think players change — or they shouldn't— if they have a letter or don't. ... I also think it's a cool thing to be a captain or an assistant captain. It's been part of the game for a long time. But every team chooses to do things differently."

The Islanders (post-Tavares), Rangers (after trading Ryan McDonagh last season), Golden Knights, Maple Leafs, Sabres, Canadiens, Senators and Canucks (after Henrik Sedin retired) all have vacancies, and the Red Wings are in a similar spot because captain Henrik Zetterberg's career is over because of injury. Consider them the AAA club because without a captain, three players are alternates each game.

"I don't think that every team needs to have a captain," Buffalo's Jack Eichel said. "It's good to have somebody that makes the executive decision at the end of the day. But if you have enough good leaders on a team, I think that if they're all on the same page, it kind of works as just serving as a group of captains."

Sidney Crosby has won the Cup three times since being named Penguins captain at age 20. Two years ago, the Oilers made Connor McDavid the youngest captain in NHL history at 19 years, 273 days old.

Ovechkin was named Washington's captain in 2010, the season after Crosby won the Cup, but during the playoffs last year, he called Nicklas Backstrom Washington's leader. When the Cup was paraded down Constitution Avenue in June, Ovechkin and Backstrom and fellow alternate captain Brooks Orpik sat in the final bus with the trophy.

"It feels like we could almost have three 'Cs' because they lead in different ways, and all of them together kind of make one big super leader, really," Capitals winger T.J. Oshie said. "It's rare to find that kind of mixture that you have with those three guys."

Bruins defenseman Charlie McAvoy said the "C'' could be cut up and a slice given to captain Zdeno Chara and lieutenant Patrice Bergeron. The Kings made a seamless transition from Dustin Brown to Anze Kopitar and the Sharks have thrived with ex-captain Joe Thornton and current captain Joe Pavelski co-existing and developing what Evander Kane called the best leadership structure he has ever played under.

More often than not it's simple: Jonathan Toews has won the Cup three times as Chicago's captain and unquestioned leader. But he even doesn't think naming one captain is essential based on his years of help from players wearing "As" like Duncan Keith, Brent Seabrook and Patrick Sharp.

"I don't see why you can't have success with a bunch of guys that are alternates and maybe not having one guy wearing the 'C,'" Toews said. "At the end of the day, each guy brings different elements to the table."