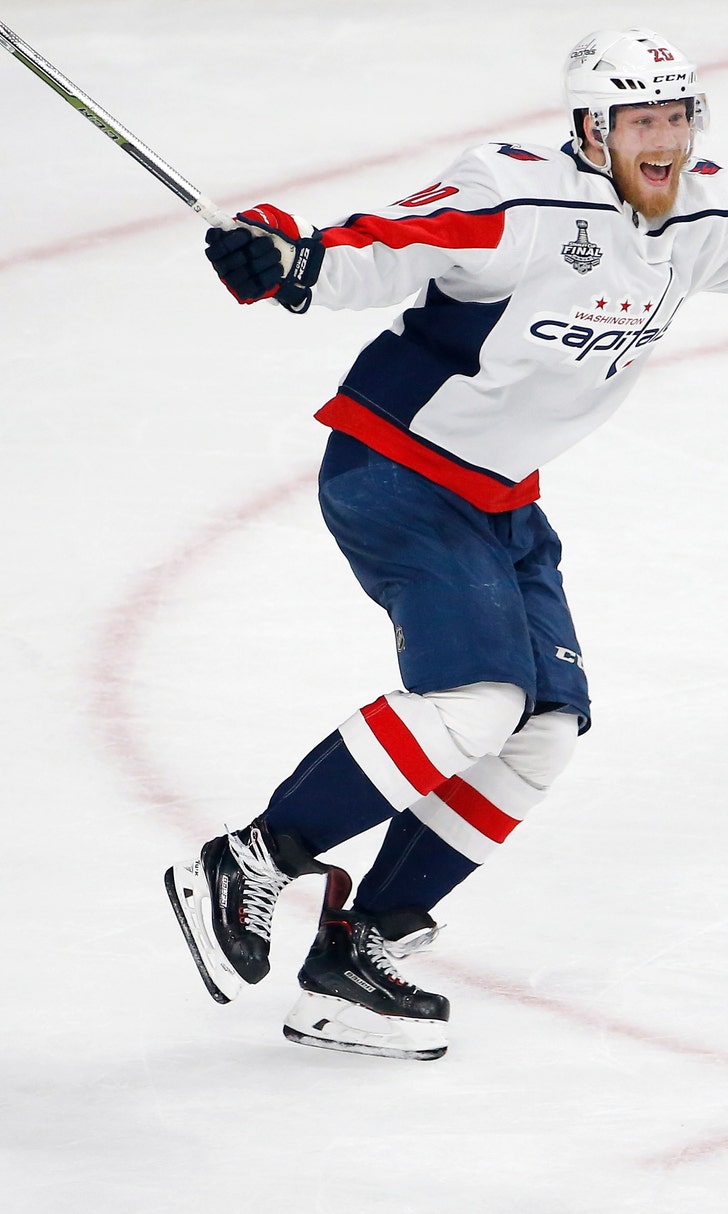 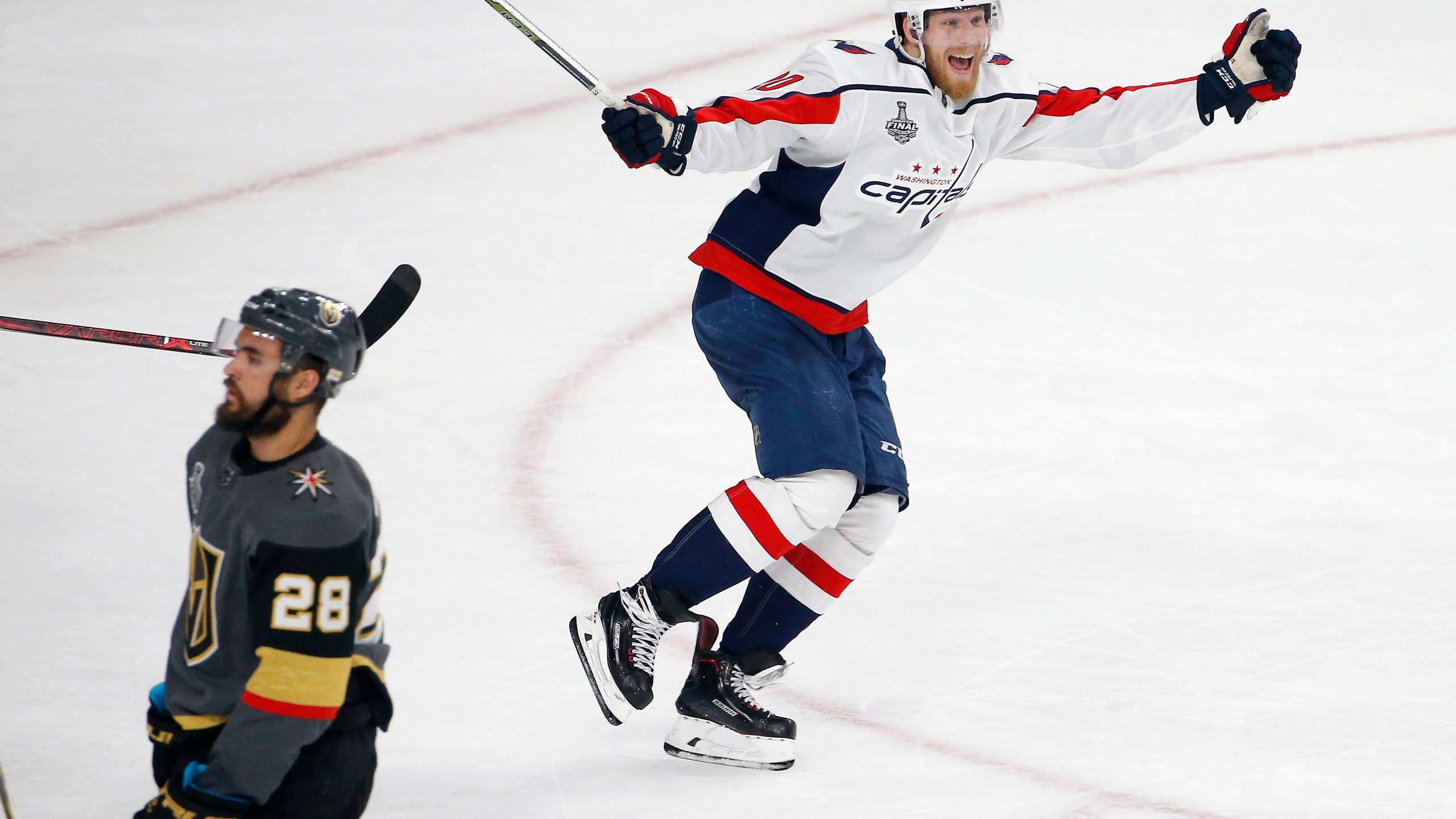 Two minutes after wrapping up a conversation with his wife, Lars Eller couldn't remember anything.

"She would be, like a half-hour later, 'Remember what we just talked about?'" Eller recalled. "I'm like: 'No, I'm sorry. I completely forgot.'"

A lot of things were forgotten during the Washington Capitals' 2018 Stanley Cup run that culminated with Eller's clinching goal. This is the time of year when hockey crowds virtually everything else out for players who go on deep playoff runs. Travel, hotel rooms, practices, sleep, playoff beards and, above all, the next game are front and center. Things like cutting the grass and paying the bills fall by the wayside. They can wait, right?

"The whole world is put on hold," said Mike Rupp, who won the Cup with New Jersey in 2003. "When I was playing in the playoffs, I wouldn't pay bills back before I had automatic bill pays. Playoffs, if you go on a decent run, I have all these late payments because you just forget about everything. Nothing matters. You're just so entrenched in it."

Automatic bill payments have become Jordan Staal's friend growing up from a 20-year-old on Pittsburgh's 2009 championship team to a husband and father a decade later with Carolina. As younger teammates like Teuvo Teravainen have no problem going all in on playoff hockey mode, Staal leans on loved ones to get him through the daily needs off the ice.

"There's that small realm of what you're focused on, and paying the bills may not be one of them," Staal said. "That's when you've got a good family around you and good friends to kind of just take that stuff off your hands and let you focus on what you've got to do."

Hurricanes captain Justin Williams loses track of what day it is: It's either a game day or not a game day, though doing a daily newspaper crossword puzzle reminds him that it's actually, say, Saturday. But after winning the Cup in 2006, 2012 and 2014 at different stages of his life and going on several other long runs, the grizzled veteran has it all figured out by now.

"It's easy to do," Williams said. "You just deflect as much as you can and use the excuse of 'I've got to focus on hockey' for everything. When you're home, it's dad time. When you're at the rink, it's hockey."

While Eller said his one-track hockey mind is always thinking about the last game or the next game during the playoffs, some players try to fight that instinct. Carl Hagelin, who won the Cup with the Penguins in 2016 and 2017, tries to forget about hockey when he's not at the rink.

"Obviously you go into your own bubble," Hagelin said. "You've got to spend time with your family and do all that stuff. I guess stuff that doesn't concern your family isn't as important."

This phenomenon isn't limited to players, and NHL Commissioner Gary Bettman 's family knows all about how the playoffs take over. Bettman said his wife, Shelli, knows she can't make any plans during the postseason unless it's a place he can watch games on a TV or his iPad.

Bettman said he typically talks to director of hockey operations Colin Campbell multiple times on any given game day, well past midnight. But he loves every bit of it.

"This is the best time of year. This is just awesome," Bettman said. "As (Shelli) says, going out to dinner with my iPad and watching a game has become an excuse for our social life. But, yeah, everything's on hold for two months because I never know where I have to be, what I have to do."

Players and Bettman agree the thrill of the playoffs makes everything worth it. Rupp, now an NHL Network analyst, said "you're eating, sleeping and breathing this."

Yes, about that: Players do have to remember to eat properly and get enough sleep.

"You've got to focus, prepare, eat, sleep and do whatever you can to be the best on the ice," said Teravainen, who won the Cup in 2015 with Chicago. "The playoffs, it's all about hockey and you just prepare yourself for the game."

Eller said he focuses on what matters most. And much like Staal, he knows his wife will keep his head straight.

"If you live with someone long enough, they know your tendencies and know you're maybe not always quite there and at the end of the day it's always things that can wait," Eller said. "But it can be a challenge sometimes because you give 100 percent of yourself to it and it means everything, right? You just live a little bit in your own world."