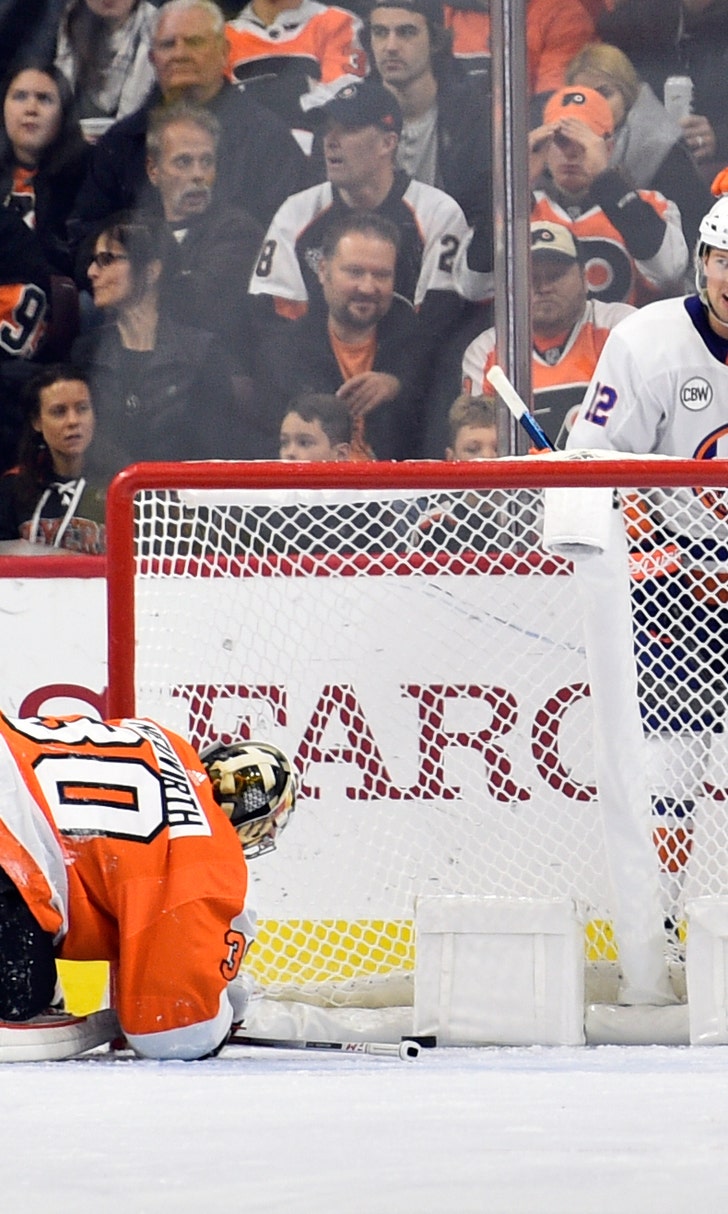 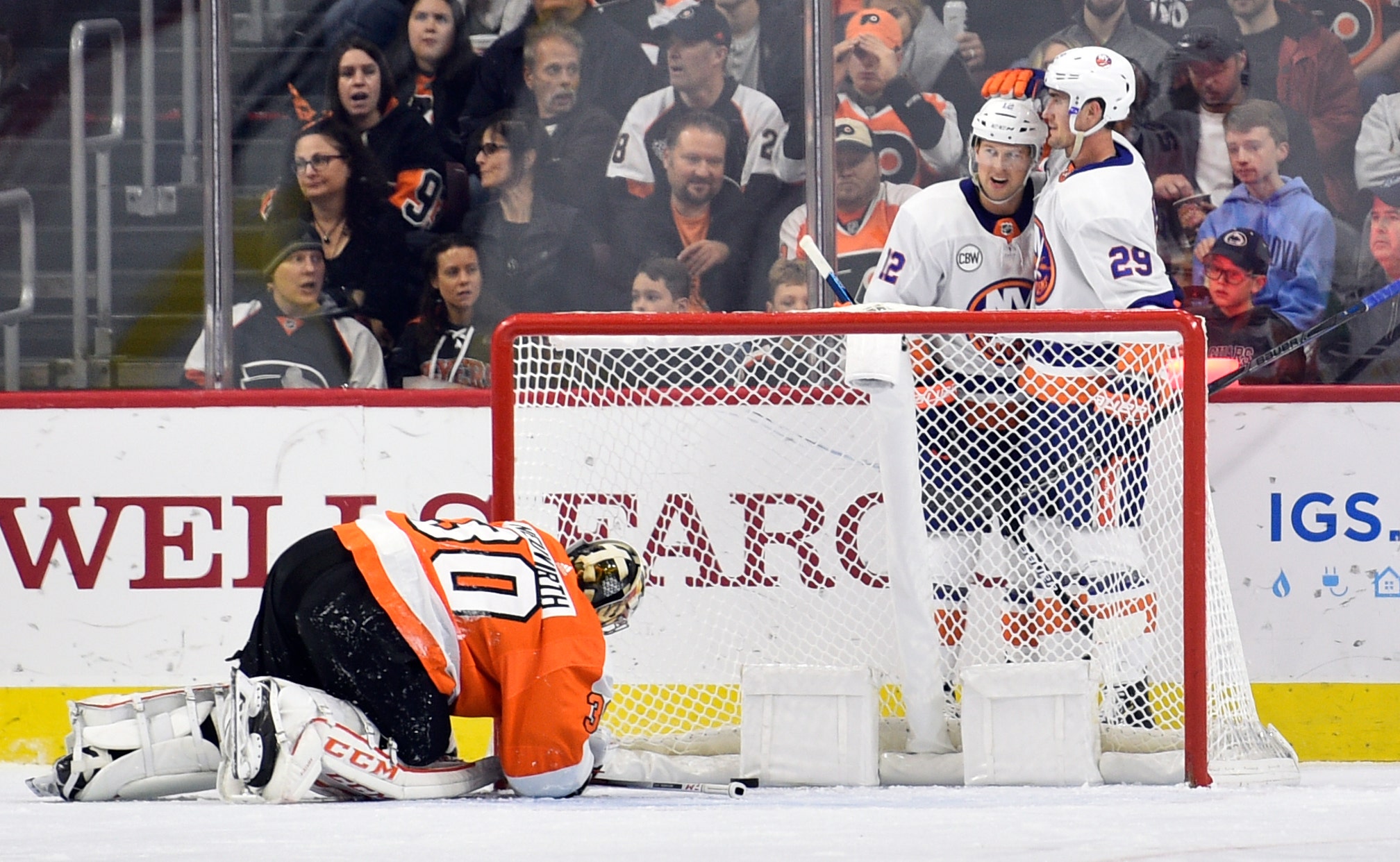 PHILADELPHIA (AP) — The Philadelphia Flyers tried to make their annual Halloween game a festive occasion — popular mascot Gritty judged the costume contests during intermissions — but the only boos came from disgruntled fans each time Philly skated off the ice.

The Islanders' romp started early, and they seemed right at home against the listless Flyers.

Leo Komarov and Anthony Beauvillier also scored to help the Islanders take a 3-0 lead through two periods in a game between teams near the bottom of the Eastern Conference. Nelson scored in the first and third periods in his third straight game with a goal.

"It doesn't always have to be goals, just chances," Nelson said. "If you can feed off of that, you can suffocate teams."

The Islanders opened a three-game road trip. They play eight of their first 11 games on the road this season.

The Flyers were loose with the puck, sagged on defense and stopped skating hard after pucks in the defensive zone. A playoff team last season, Philadelphia has lost three straight games and four of five overall.

Coach Dave Hakstol remains on the hot seat in his fourth season, and the Flyers (4-7) await what could be a make-or-break four-game trip out West.

Maybe a road trip will give a needed boost to a Flyers team that has already lost four home games.

"We tightened up in this building," Hakstol said.

The Islanders weren't terribly impressive either, but they were efficient, scoring two goals on their first six shots and three on the first 12.

Michal Neuvirth wasn't much help in net in his first start since last year. Neuvirth was out with an unspecified injury and the Flyers got little production from Brian Elliott and Calvin Pickard in his absence.

The Flyers coughed up the puck and Komarov capitalized with a tip-in for a 1-0 lead in the first. The Flyers had another turnover later in the period and Jordan Eberle fed Beauvillier for a 2-0 lead.

Nelson made it 3-0 on a sweet 2-on-1 attack that stunned Neuvirth and pretty much sealed the win.

"Our bounces are not going our way, but the season is long and we have to stick together," Neuvirth said. "We've got a good team in here."

It's hard to tell. The Flyers' core of Claude Giroux, Wayne Simmonds and Jake Voracek has done little to prove the franchise can ever become serious contenders and — with more games like this one — general manager Ron Hextall will have to decide if he wants to shake up the roster or make a move behind the bench. Or both.

"I really feel like we're pressing right now. We're just tired of losing so we're trying to do everything we can to make something happen, but sometimes it's not always the right thing," Giroux said.

Adam Pelech made it 4-1 and Nelson had his first multigoal game of the season, bringing out chants of "Fire Hakstol!"

Jori Lehtera scored for the Flyers in their third straight game with one or fewer goals. Hakstol shuffled his lines all game and no combination worked.

Lee made it 6-1 on a power-play goal that Neuvirth barely swiped at and the fans that stuck around could only boo.

"We want to keep creating those opportunities," Lee said. "The more chances we get, the more are going to go in. It kind of culminated tonight."

Flyers: Open the road trip Tuesday at Anaheim. The Flyers also will play the Kings, Sharks and Coyotes.