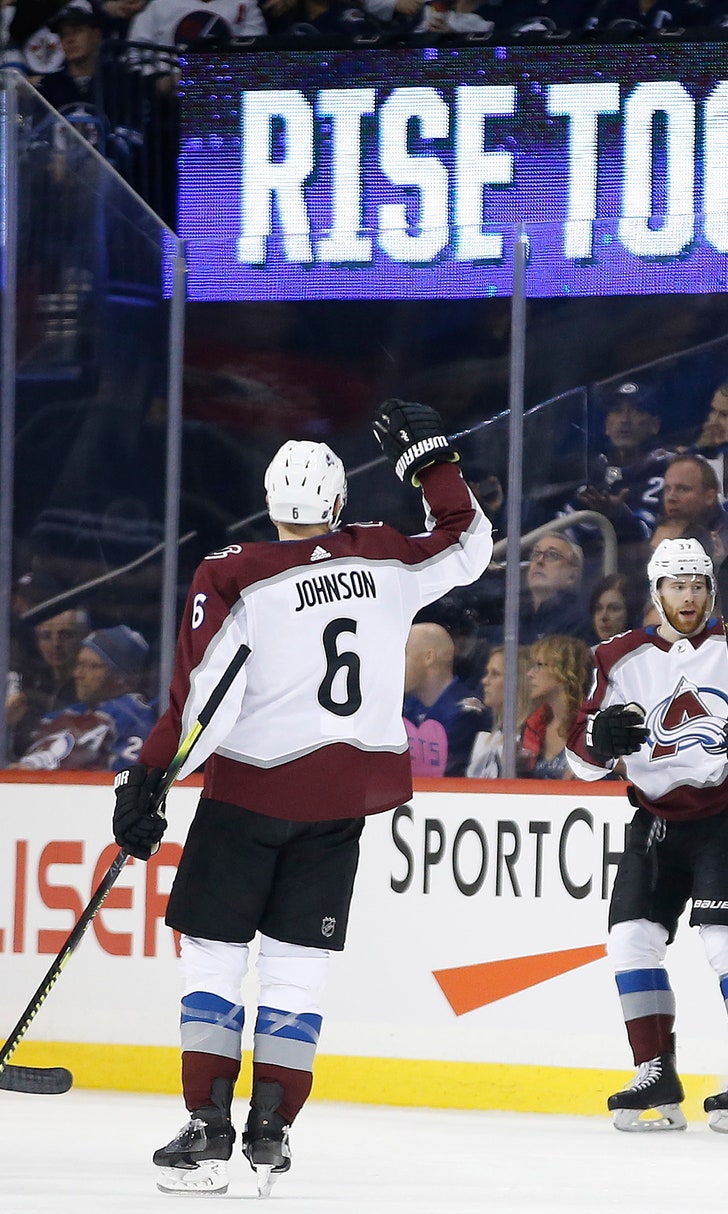 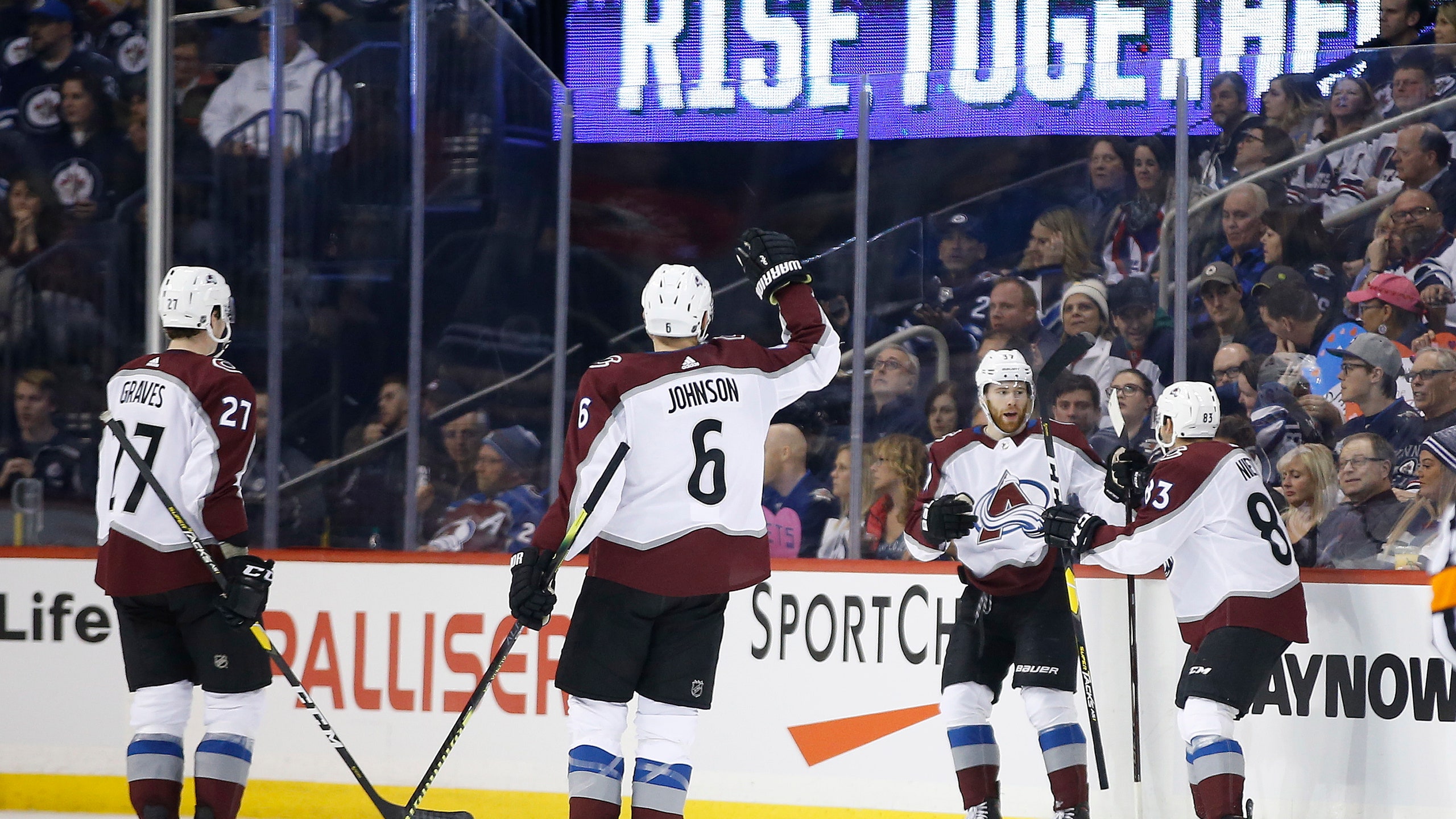 WINNIPEG, Manitoba (AP) — Semyon Varlamov was relieved to finally leave the ice with a win.

The Colorado goalie made 24 saves, Gabriel Landeskog scored his team-leading 30th goal and the Avalanche ended their season-high eight-game losing streak with a 4-1 victory over the Winnipeg Jets on Thursday night.

"Definitely feeling better now. The win tastes great," Varlamov said. "It's been some tough times we've been going through the past two months.

"The stats aren't great, we're losing a lot of games and stuff. We needed this one so bad."

Dominic Toninato got his first NHL goal, while J.T. Compher and Sven Andrighetto also scored for the Avalanche, who were 0-5-3 during their skid. Matt Nieto had two assists.

Brandon Tanev scored his career-high 12th goal of the season for Winnipeg, which lost in regulation at home for the first time in 10 games (8-1-1). Connor Hellebuyck made 31 saves.

"They were a desperate team," Winnipeg captain Blake Wheeler said. "It's been going tough for them. There was a certain amount of desperation in their game. We weren't able to match it often enough."

Colorado outshot Winnipeg 13-8 in the first period and led 2-1 at the intermission.

Toninato started it off by swooping in and sending a rebound into the net at 5:21 in his 38th career game.

"It felt great getting the first one out of the way and I can just concentrate on playing my game," Toninato said. "We've been struggling for that, so it was nice to get the win and hopefully we can get rolling now."

Landeskog made it 2-0 with a high backhand shot past Hellebuyck at 10:29, but Tanev responded 24 seconds later by firing a sharp-angled shot by Varlamov.

"I don't think we played our best game," Tanev said. "We didn't get as many pucks to the net as we wanted in traffic and making it difficult for him to see those. But I think we can learn from this and we look forward to playing the next one."

Compher's short-handed breakaway goal at 6:12 of the second gave the Avalanche a 3-1 lead while stretched their shots-on-goal advantage to 25-17 through 40 minutes.

Winnipeg had its second power play of the game early in the third but Varlamov stopped two shots, including a backhand by Patrik Laine, who was back on the Jets' first power-play unit.

The teams traded some power-play time late in the third, but it scored at even strength with 3:39 left tp seal the win.

"It's not just the win, it's the way our team played," Colorado coach Jared Bednar said. "Fantastic team effort, real strong commitment to check. All the details of our game and the whole lineup. No passengers."

NOTES: Jets D Joe Morrow and Avalanche F Matt Calvert started swinging fists at each other with 10 seconds left to cap off the night.