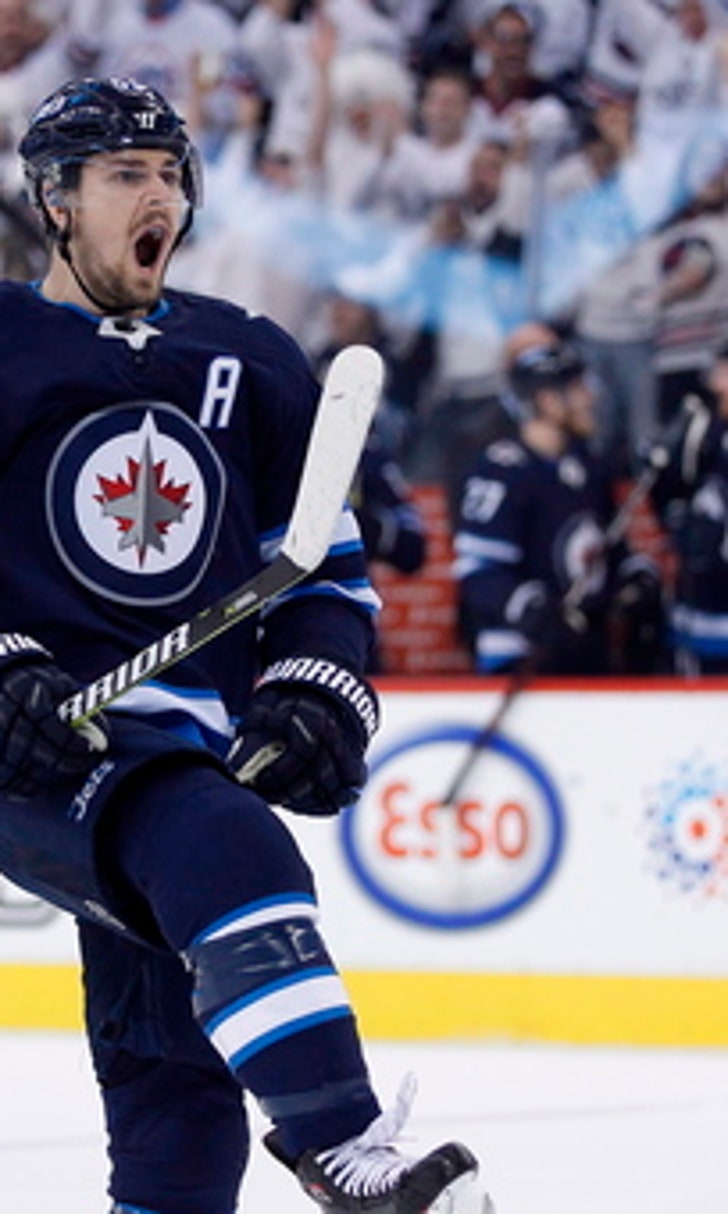 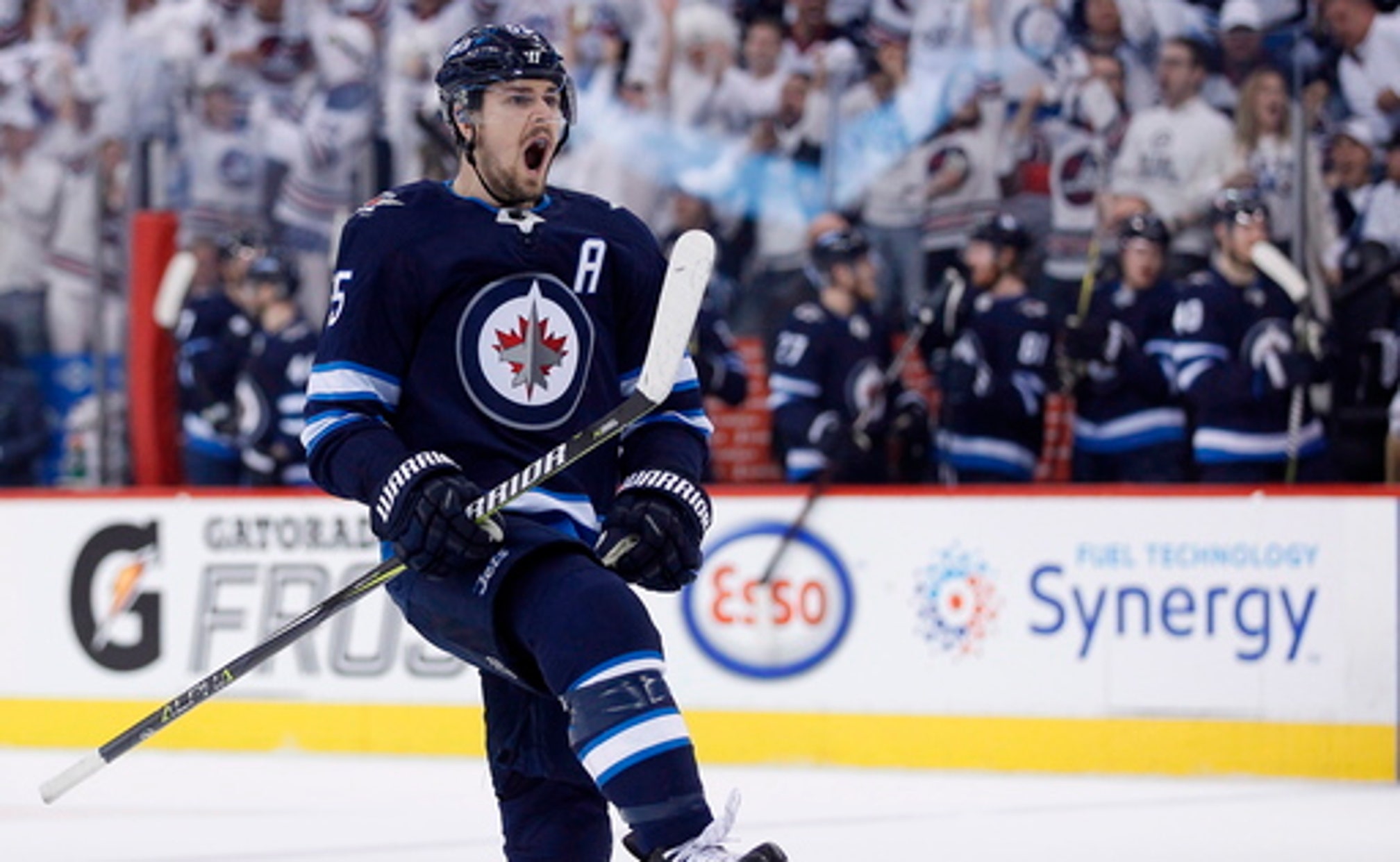 WINNIPEG, Manitoba (AP) The Minnesota Wild lost the puck and the lead - and eventually Game 1.

Patrick Laine tied it at 4:51 of the third period off the turnover, defenseman Joe Morrow scored with 6:13 left and the Winnipeg Jets beat the Wild 3-2 on Wednesday night for the first playoff victory in franchise history.

''It's nice to have won one now because that was kind of what people talked about before - this team has never won a playoff game, they've only been there twice,'' said Bryan Little, who joined the team in 2007-08. ''It's nice to get that off our backs and, hopefully, we get a lot more.''

In the franchise's only other playoff appearances since joining the NHL in 1999 in Atlanta, the club was swept in 2007 by the New York Rangers and 2015 by Anaheim.

''We had an opportunity with the lead in the third period and our goaltender playing good, we thought we had a chance to win,'' Minnesota coach Bruce Boudreau said. ''You can't give No. 29 (Laine) a chance right down the slot to score on a turnover. You're looking for disaster there.

''It was a bad turnover. When you turn the pucks over in the middle of the ice. He deked our player, we didn't hold the middle, and he got to come right down Main Street.''

Nikolaj Ehlers set up Morrow at the point for a one-timer that beat goalie Devan Dubnyk.

''I've had a major roller-coaster of an NHL career so far,'' the 25-year-old Morrow said. ''To have a little, I don't even know if you want to call it a Cinderella story of a night tonight, it makes you feel good. It makes all of the bad times and all of the times you've battled so hard to try and get an opportunity, it makes them go away. It washes them away and you get to enjoy it in front of a crowd like this and a city like this.''

Morrow was acquired at the trade deadline from Montreal in exchange for a fourth-round draft pick.

''Awesome to see a guy step in, new to the team a little bit, and have a huge effect,'' Jets captain Blake Wheeler said. ''He's fit in seamlessly with our group. For a guy like him it's tough, because he's never really had an established role. Somebody who's kind of on the outskirts, or in and out a bit.''

Mark Schiefele added a power-play goal, and Connor Hellebuyck made 18 saves for the Jets.

Game 2 is Friday night in Winnipeg.

Laine tied it at 2 at 4:51 of the third period, putting a high wrist shot past Dubnyk on the glove side.

Winnipeg outshot Minnesota 13-4 in the scoreless first period. Dubnyk had to make a couple of big saves in the last three minutes, including a pair from close in by Dustin Byfuglien and Andrew Copp.

The Jets had the game's first power play 24 seconds into the middle period after Minnesota's Eric Staal was called for tripping.

Dubnyk made a save on a blast from Scheifele, while two of Laine's trademark blasts from the right circle went wide of the net and the other was blocked by Nate Prosser's arm.

Byfuglien was sent to the box six minutes later for roughing and Minnesota put a few shots at Hellebuyck, but it was the Jets who capitalized on their second chance with the man advantage.

Twenty seconds after Prosser was called for holding, Blake Wheeler sent a pass to an open Scheifele in the slot for his one-time at 17:37.

The Wild outshot the Jets 12-8 in the second.

Cullen took a backhand pass from Jordan Wheeler and beat Hellebuyck on the blocker side at 1:46 of third period to tie it.

Parise quickly put the visitors ahead at 3:58 on a 2-on-1 with Mikael Granlund after a Winnipeg turnover.

''We were able to give ourselves a chance a grab a lead there and even when it's tied we were still in good shape,'' Parise said. ''I don't think (we took our foot off the gas). .... They were aggressive all over the ice. I think when we didn't get it behind them. That's when we let them keep coming back at us.''

Connor Hellebuyck made 18 saves for the Jets, who finished second overall in the NHL and Central Division with 114 points (52-20-10).

Matt Cullen and Zach Parise scored for Minnesota. Dubnyk stopped 37 shots for the Wild, who were third in the division with 101 points (45-26-11).

Minnesota is competing in its sixth straight post-season. Last year, the Wild lost their first-round series to St. Louis in five games.

Fans are primed for these playoffs. The ''whiteout'' crowd of more than 15,000 were chanting ''Go Jets Go'' and waving white towels before the puck even dropped. Next door to Bell MTS Place, a block was closed for a street party, highlighted by the game shown on two giant screens for fans in the NHL's smallest market.

Jets forward Mathieu Perreault left in the second period with an upper-body injury and head coach Paul Maurice had no update. 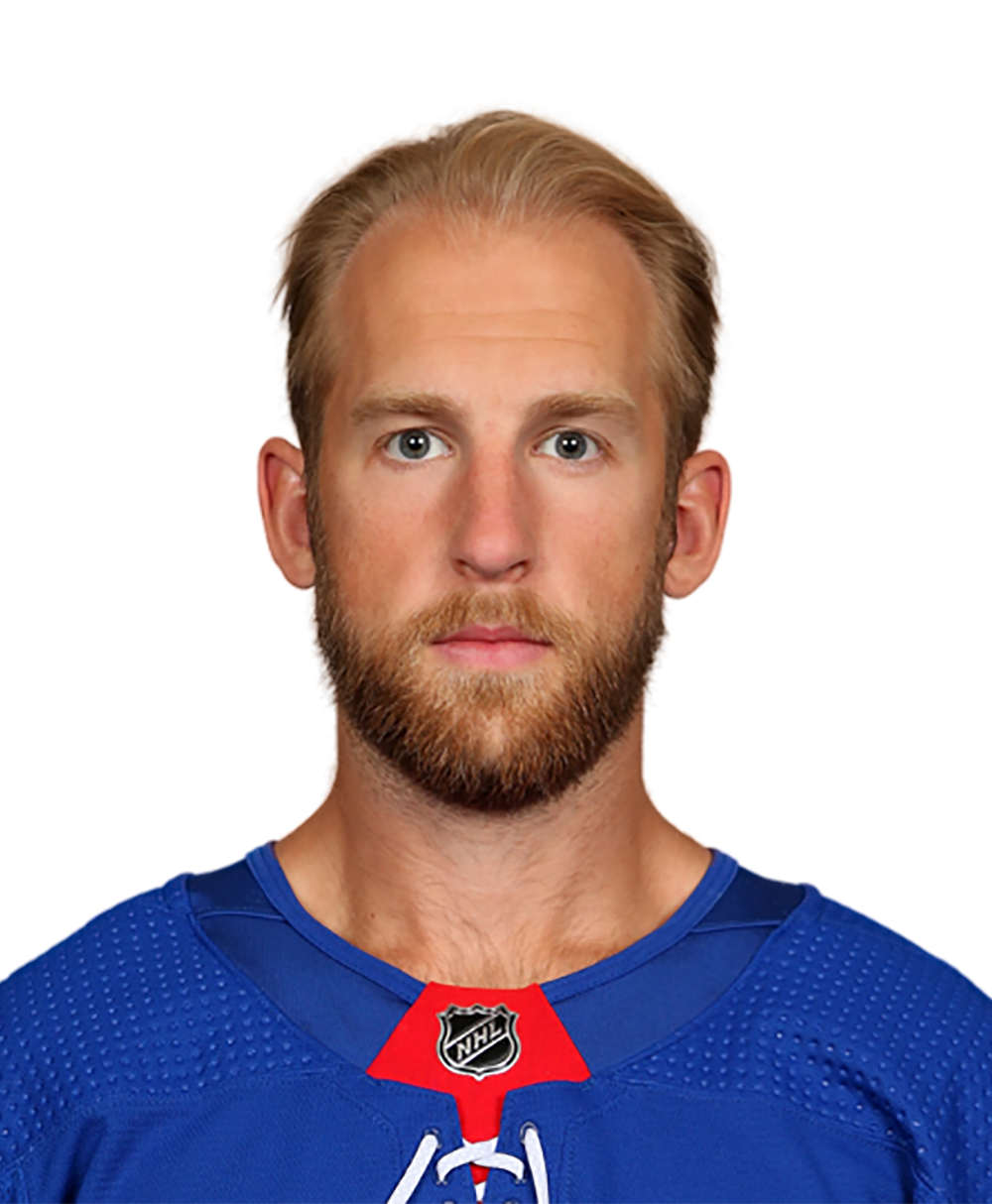