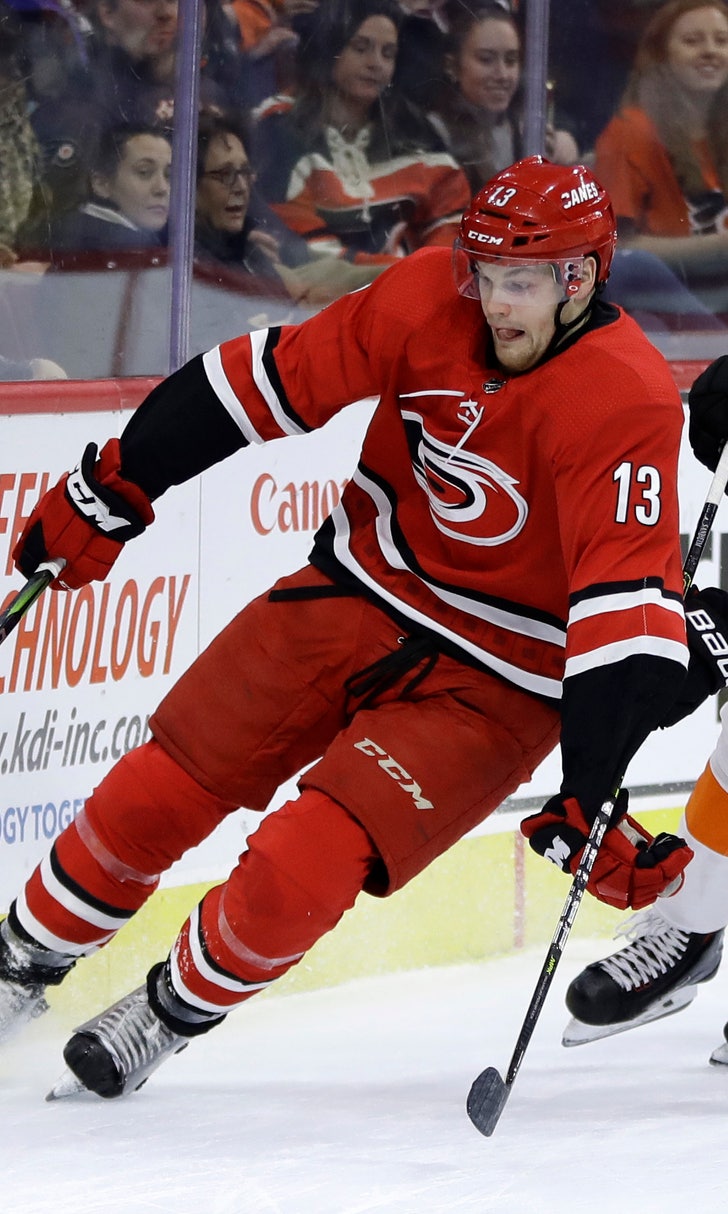 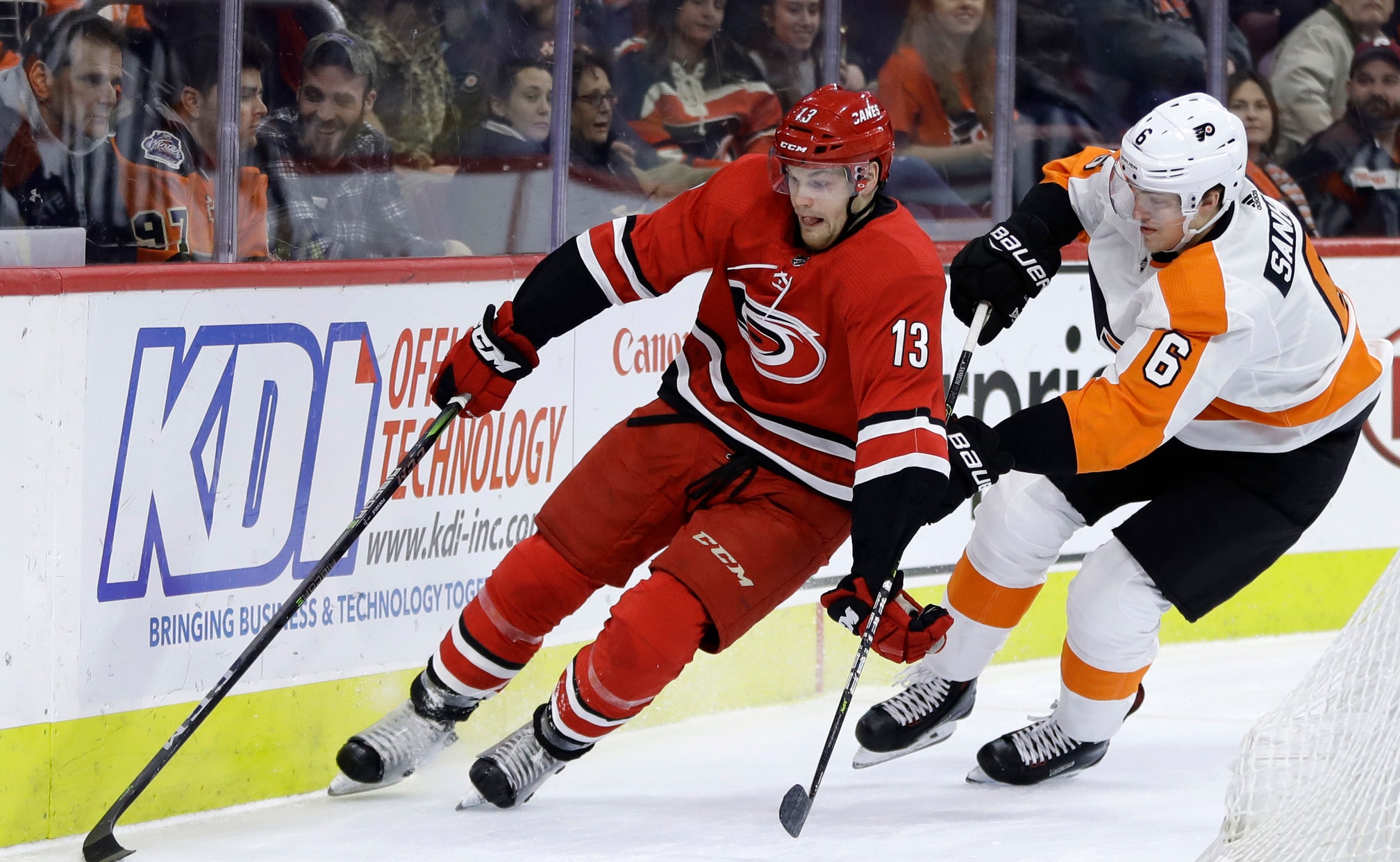 PHILADELPHIA (AP) — Carolina had its second win over the Flyers in a week when the team's social media department had fun trolling the NHL's most popular mascot: "Gritty victory."

Gritty had to keep his googily eyes open and watch the latest Flyers' flop. Some Flyers fans tried to avoid the latest disaster and wore paper bags over their heads.

The Flyers are a mess and there may be little choice ahead but to dismantle the team by the trade deadline.

"It's like quicksand right now. We're trying to get out and it feels like it's just getting deeper," Flyers forward Wayne Simmonds said.

The Flyers fired coach Dave Hakstol and general manager Ron Hextall last month and the shake-up has yet to spark any kind of sign of playoff life for a franchise that hasn't won a Stanley Cup since 1975. The Flyers lost their fifth straight game and fell to 3-5-1 under interim coach Scott Gordon since his promotion from the AHL.

Simmonds scored in the third to make it 4-1 and end Philly's scoreless streak that stretched more than 123 minutes. The Flyers got hot too late in the game: Sean Couturier and James van Riemsdyk also scored goals the third, but the rally died at 4-3.

"We did a good job just to stick with it, get the pucks deep and do our thing," Teravainen said.

The Flyers lost the last four games of a five-game road trip and not even a return home could help the hapless franchise. Once a tough ticket, there were thousands of empty seats at faceoff and the crowd thinned out after the Hurricanes scored three times in the second.

"I thought we were in the game, it was tight out there," Couturier said. "The next thing you know, a few penalties, the PK doesn't do the job and we're chasing the game."

Philly fans finally went wild late in the second — when an Eagles highlight video flashed on the big screen and the crowd belted out the lyrics to "Fly, Eagles, Fly."

The Hurricanes have their own issues and have only four more points (39) than last-place Philadelphia. But the Hurricanes played like a team with playoff hopes and

"We know where we're sitting, so we know we need the points right now," Hamilton said. "We've got a lot of games coming up before the All-Star break and stuff, so we've got to get on a little roll and help us get back in the standings."

Hamilton took a shot in his 204th straight game and connected with his fourth goal of the season only 1:56 into the period. Hamilton beat Michal Neuvirth for his first goal in 22 games.

Williams, a former Flyer, scored his eighth of the season and Teravainen followed with his ninth late in the period for consecutive power-play goals for the Flyers.

Neuvirth was helpless when Warren Foegele scored on a deflection for a 4-0 lead early in the third. What seemed like an ordinary goal in a rout turned into the cushion the Hurricanes needed for the second win over the Flyers this week. The Hurricanes scratched out a 3-1 win on Monday at home.