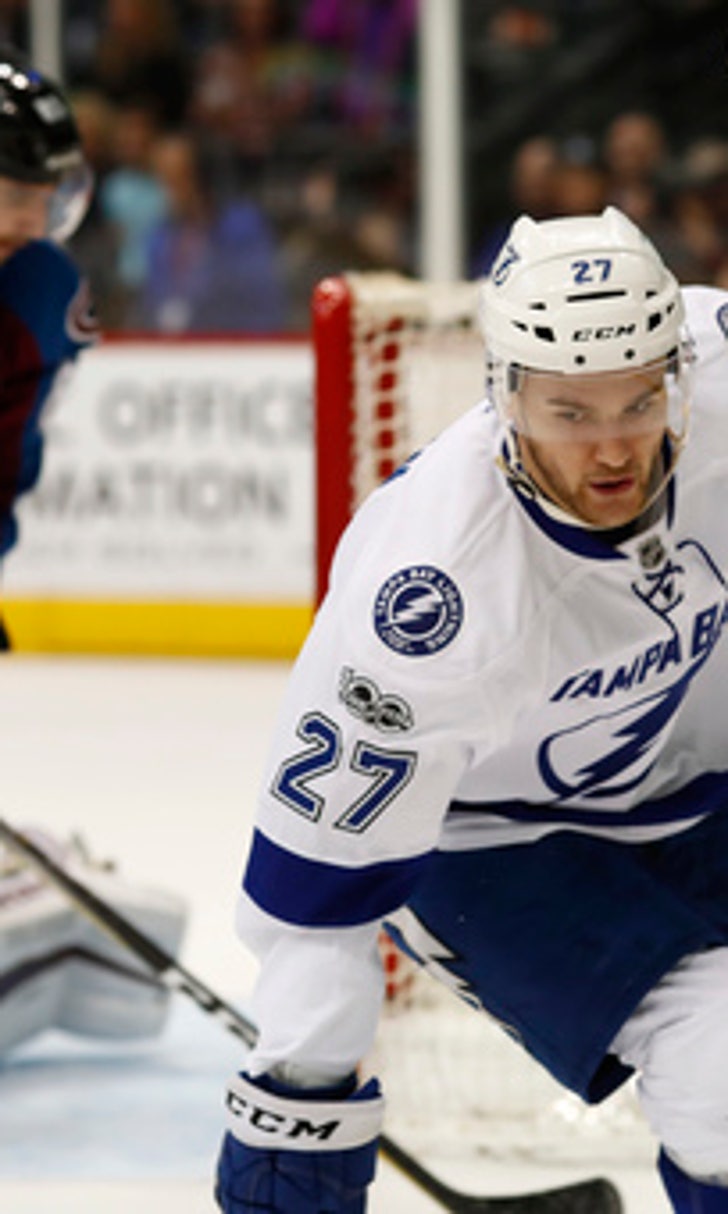 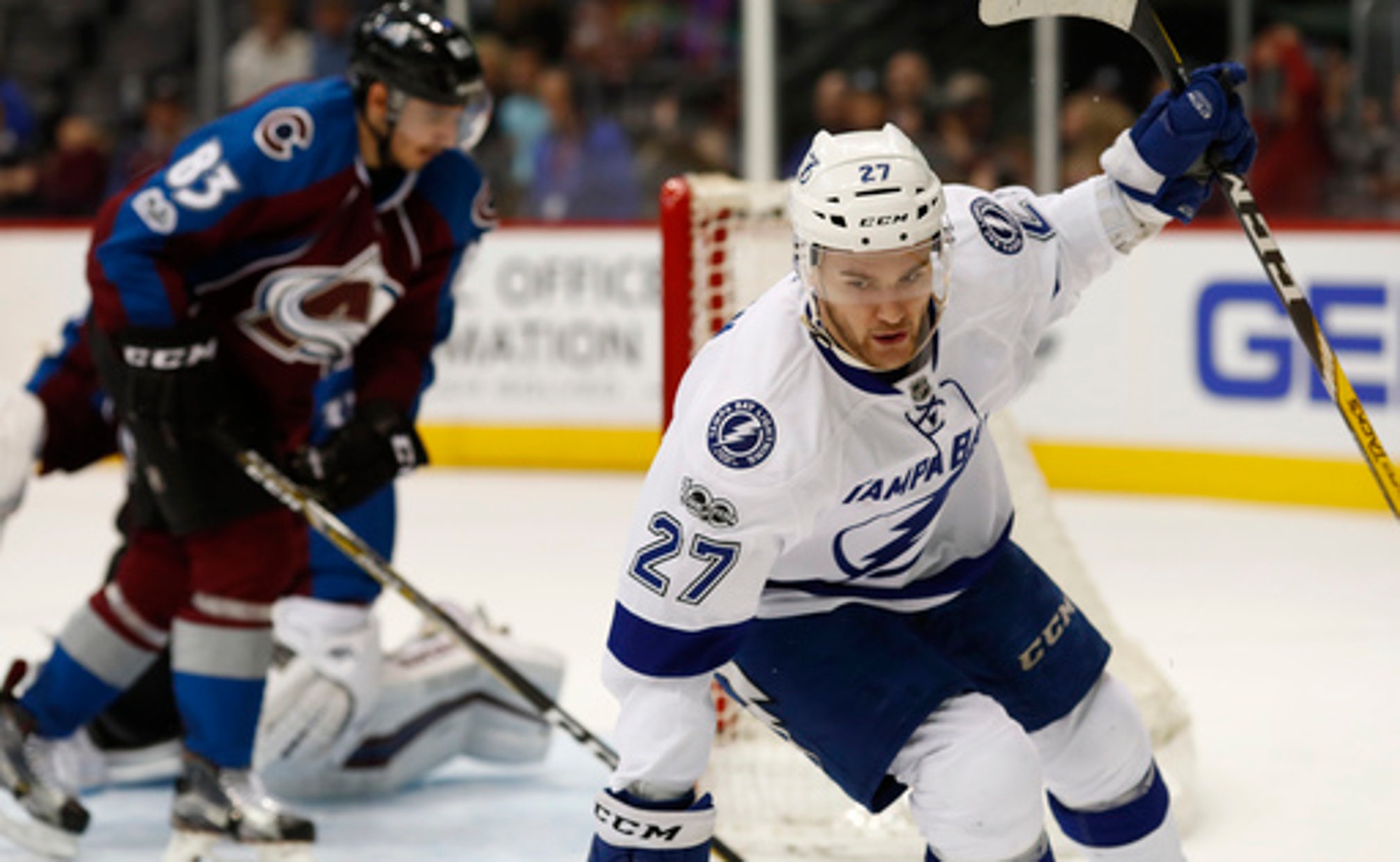 DENVER (AP) Jonathan Drouin made just one move to score the game-winner. He was too spent to do more than that.

Drouin stole the puck down low during a draining shift and scored 2:27 into overtime as the Tampa Bay Lightning recovered after blowing a two-goal lead to beat the Colorado Avalanche 3-2 on Sunday night.

Drouin swiped the puck from forward Matt Nieto deep in Avalanche territory before faking one way and flipping a backhand past Calvin Pickard.

It certainly was an entertaining OT period. Nathan MacKinnon nearly had a chance to win it when he broke free, but couldn't quite catch up to a long pass at center ice.

That set the stage for Drouin.

''He wasn't going to be denied on that shift,'' Lightning goalie Ben Bishop said. ''He was on a mission there and happy to see him - because he's been playing well - get the goal there.''

Tampa Bay was up 2-0 heading into the third when Colorado rallied. Mikko Rantanen scored early in the period and Matt Duchene tied the game with 41.9 seconds left when his shot appeared to deflect off defenseman Jake Dotchin with Pickard on the bench for an extra skater.

''There are probably 10 guys in here, you see their names in trade rumors and it'd be easy to shut it down,'' said Duchene, who had a goal and an assist. ''Tonight, we're down 2-0 against one of the most talented offensive teams in the league. Pickard was able to play outstanding for us and keep us in it and we were able to find a couple goals late.''

Brayden Point and Vladislav Namestnikov each had a goal for the Lightning, who lost some steam in the third period after a 4-3 overtime loss in Dallas the night before.

Tyler Johnson nearly gave the Lightning a 3-1 cushion at 10:44 of the third period when he knocked in a backhand with Tyson Barrie on his back and Pickard on the ice after a collision. Pickard got up pleading his case as the Lightning celebrated. The goal was negated for goaltender interference after the officials went to replay.

''The ref tried to say I had room to get my skate out of the way, but there's no room if the D-man's kind of right there,'' Johnson explained. ''We've been burned on that before; it kind of seems like a coin flip.''

Rantanen was in the right place when Blake Comeau's shot bounced off Bishop in front of the net. Rantanen tapped it in to make it 2-1 at 2:46 of the third.

''We showed a lot of character in the third,'' said Duchene, who scored his first goal since Jan. 17. ''In OT, we could have ended it two or three times. Disappointing to lose that one, especially when you get such a big effort from our goaltender.''

Namestnikov gave the Lightning a 2-0 lead midway through the second period on a quirky goal. With Barrie closely covering him as he worked his way down the left side, Namestnikov fired a shot that went straight through the legs of Pickard. It was Namestnikov's first goal since Jan. 21.

The Lightning dominated the first period - outshooting the Avalanche 17-9 - but had nothing to show for it until Point finally beat Pickard at 18:18. It was Point's fifth goal since his Jan. 31 return from an upper-body injury that sidelined him for 14 games.

Victor Hedman had an assist on Point's goal, giving him 48 points (10 goals, 38 assists) this season. He ranks behind Brent Burns of San Jose and Erik Karlsson of Ottawa for most points among NHL defensemen.

NOTES: Lightning RW Nikita Kucherov had nine shots on goal. ... Colorado forward Carl Soderberg played in his 300th NHL game. ... Rene Bourque (head) missed his ninth straight game. ... Colorado returned home after a 1-4 road swing, but home ice proved anything but friendly. It's been that way all season for the Avalanche, who fell to 7-19-2 at the Pepsi Center.

Avalanche: Wrap up a two-game homestand Tuesday against Los Angeles.