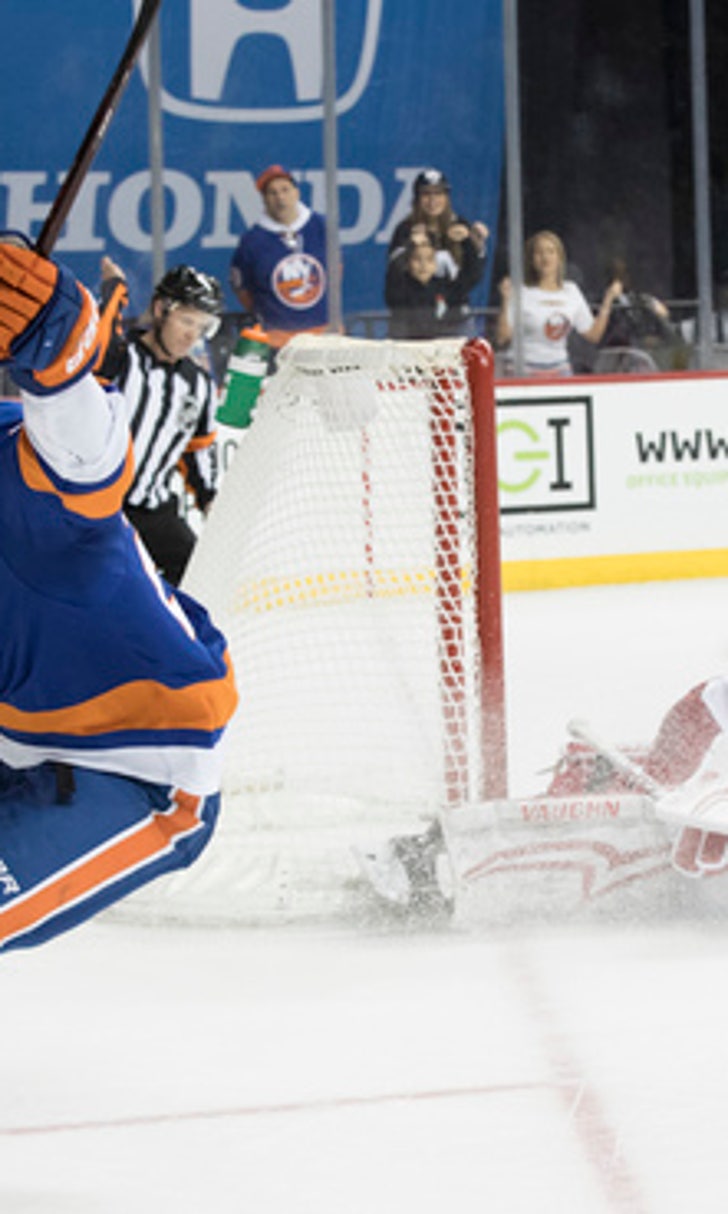 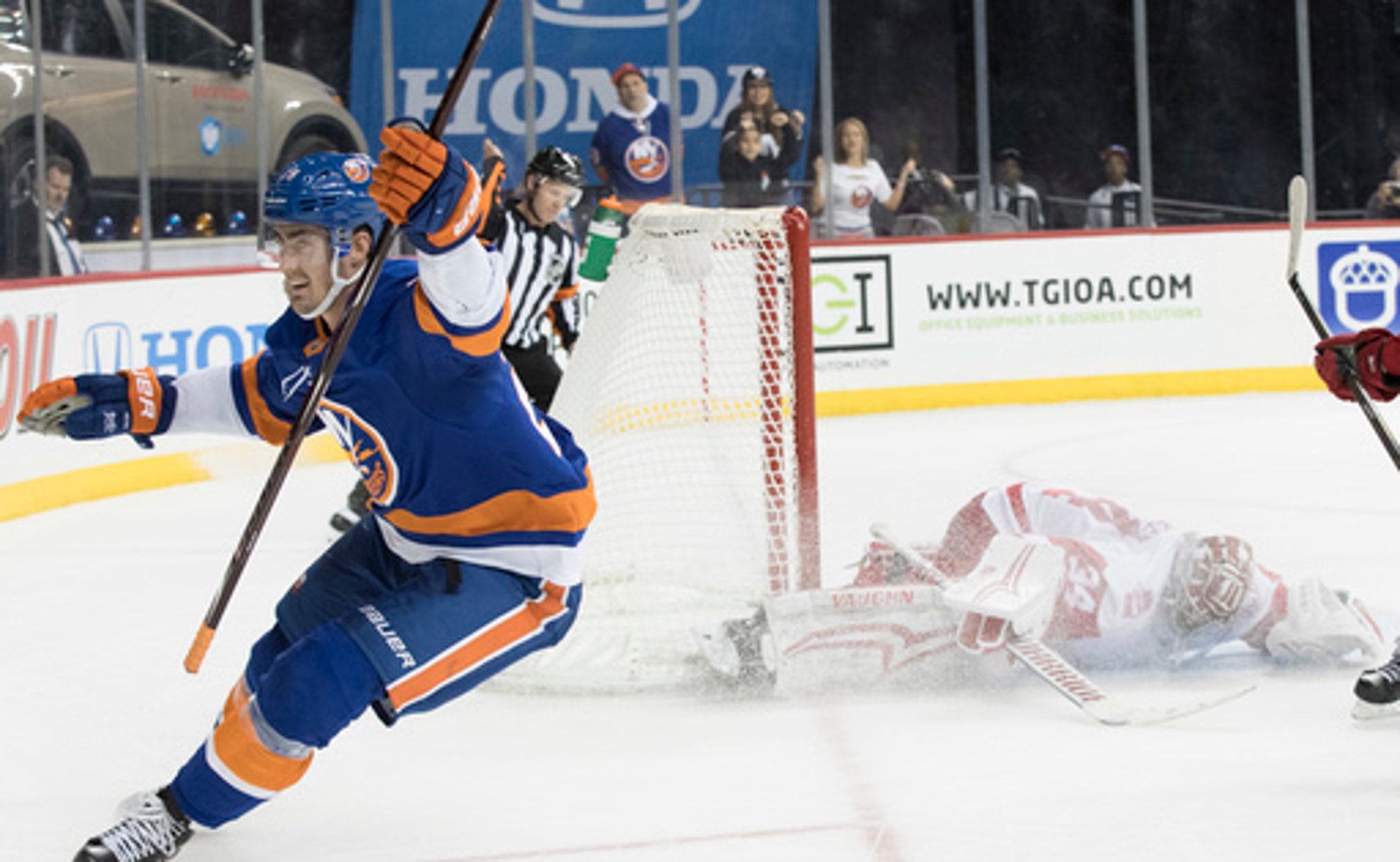 The Islanders trailed 5-2 with 6:33 left in regulation when Detroit's Tyler Bertuzzi was assessed a major game misconduct for slashing Cal Clutterbuck.

Bailey's goal gave New York its first lead of the game with 1:49 left in regulation. But Mike Green's sixth of the season with 29 seconds remaining forced overtime. Nelson then completed his second career hat trick with his 14th goal, sending Detroit to its third straight loss.

Jaroslav Halak made six saves on seven shots in the third period to pick up the win. He replaced starter Thomas Greiss, who allowed five goals on 32 shots.

Shooting second, Seguin sent a shot off of Matt Murray's right side and into the net.

The Penguins tied it with 1:13 left in regulation on defenseman Justin Schultz's goal from above the left faceoff circle. Pittsburgh took a 2-0 lead in the first period on goals by Riley Sheahan and Carl Hagelin. The Stars' comeback began when Seguin scored his sixth goal in five games at 17:57 of the first period. John Klingberg and Dan Hamhuis scored early in the third period to give Dallas a 3-2 lead.

WASHINGTON (AP) - Fourth-line center Jay Beagle put Washington ahead for good with his 50th career goal, and the Capitals continued their dominance against Columbus.

Evgeny Kuznetsov and Lars Eller each had a goal and an assist as Washington swept a home-and-home with Columbus and won its sixth straight against the Blue Jackets dating to last season.

Pierre Luc-Dubois and Artemi Panarin scored for the Blue Jackets. They have lost five straight.

ANAHEIM, Calif. (AP) - Ryan Kesler scored early in the third period, and Anaheim held on for the win.

Corey Perry also scored and Hampus Lindholm had a goal and an assist for the Ducks, who are tied with San Jose and Calgary for third place in the Pacific Division with 64 points. John Gibson made 30 saves after missing four games with a lower-body injury.

Anton Slepyshev and Kris Russell scored for the Oilers, who dropped the first two games of their three-game California trip. Cam Talbot made 31 saves.

Zibanejad scored at 12:41 off a cross-ice pass from J.T. Miller. Lundqvist replaced Ondrej Pavelec after Pavelec injured his knee in the first period.

Tarasenko, Patrik Berglund and Alexander Steen scored in a 7 1/2-minute span of the second, helping St. Louis open a 3-0 lead. Tarasenko added his 23nd goal in the third after Winnipeg pulled within one. Brayden Schwartz scored into an empty net and had an assist.

Kyle Connor and Patrik Laine scored for the Jets.

Aaron Ekblad scored for the Panthers, and Harri Sateri made 23 saves. They had won four in a row.