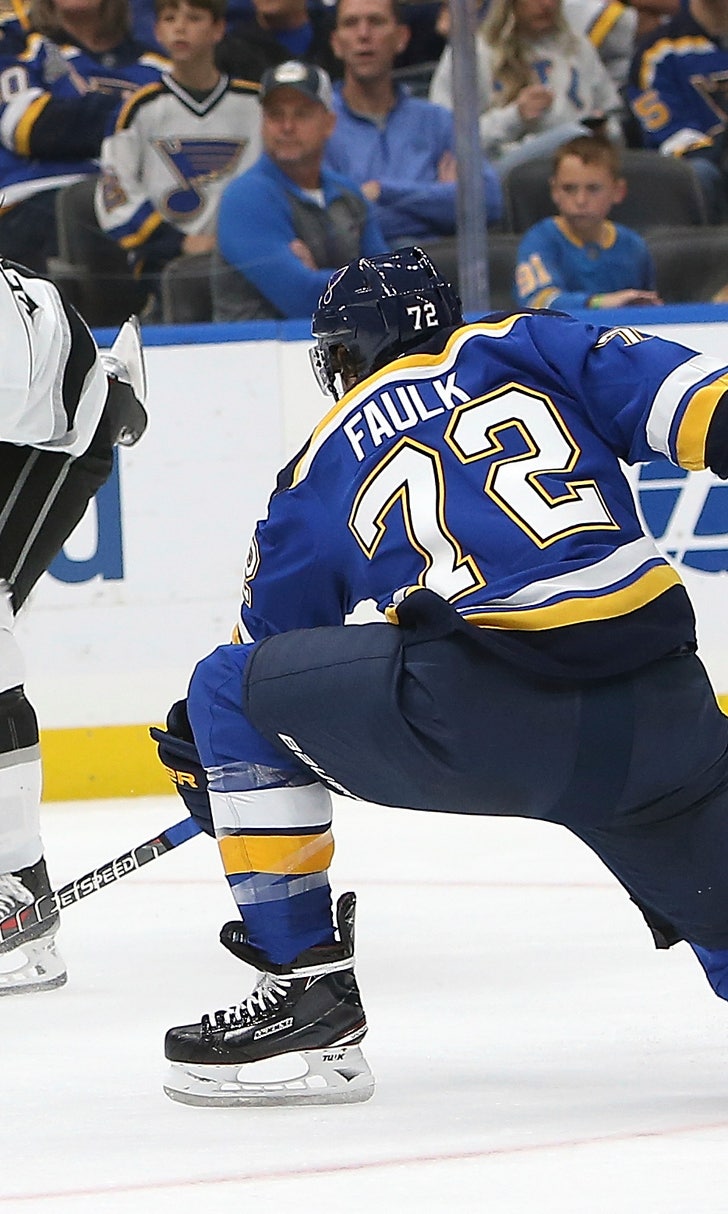 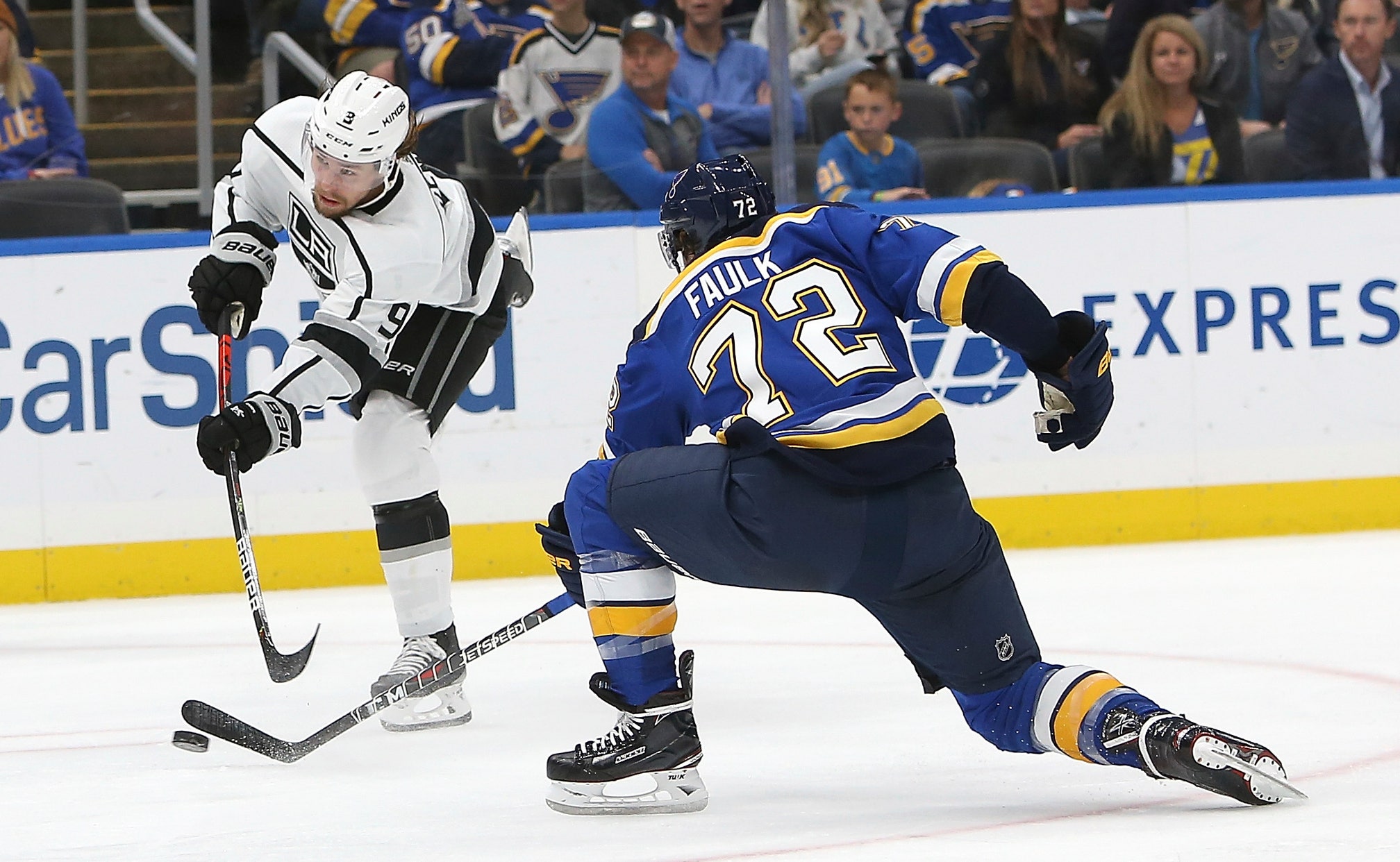 Alex Pietrangelo and Thomas scored goals in a two-minute span of the second period and the St. Louis Blues came back to beat the Los Angeles Kings 5-2 on Thursday night.

"Anytime you come back from an injury that keeps you out for a month or two months it's really hard to get back into it," Thomas said. "The last couple of games I've felt a lot better, more comfortable with the puck, more confident, and I've got to keep building off of it."

Brayden Schenn scored twice, including an empty-netter, and Vince Dunn also scored for the Blues, who went 3 for 4 on the power play against a Kings penalty kill that had stopped 16 of their previous 17 attempts. Jaden Schwartz and Colton Parayko each had a pair of assists for the Blues and Jordan Binnington made 33 saves.

"That's a big heavy team over there," Schenn said. "They don't give you a whole lot offensively. They're pretty tight defensively. We were able to hold onto the puck, cycle, make plays. The D-men moved the puck extremely well tonight, fast, and it was fun to be a part of."

Jeff Carter and Alex Iafallo scored for the Kings and Jonathan Quick made 30 saves.

Pietrangelo tied it up 2-2 with a one-timer from the high slot midway through the second for the Blues' second power play goal in three tries.

Thomas poked in a puck freed up by a quick stick from Zach Sanford to give the Blues a 3-2 lead with 8:04 left in the second. It was the first goal of the season for Thomas, who thought he had scored earlier in the period but a review showed his shot went off the crossbar instead of into the net.

"I missed an open net the game before so it's one of those where eventually it will come but you just don't know when," Thomas said. "A great play by Sanny and I had the whole net."

Schenn finished off a nice feed from Schwartz and Parayko gave the Blues a two-goal advantage at 7:27 of the third with the team's third power play goal of the game.

"We were drilled on the penalty kill," Kings coach Todd McLellan said. "Our power play wasn't sharp. More importantly for me, it was above and beyond structure tonight. I thought they were just harder. They stripped pucks. They won battles and small area games we didn't win. They were always ahead of us."

The Kings capitalized on a failed Blues breakout to take a 1-0 lead late in the first. Blake Lizotte kept the puck in the Blues zone and found Carter all alone in front of the net as he beat Binnington on a backhander for his second goal of the season with 5:11 left in the period.

Dunn evened the game with a power play goal with 1:37 left in the first. Schwartz set it up with a no-look pass that found its way through the Kings crease and in between Drew Doughty's skates before landing on Dunn's tape.

Iafallo gave the Kings a 2-1 lead at the 3:07 mark of the second period. Iafallo tipped in a Sean Walker shot from the point for his second goal of the season.

"They have what we want," Kings center Trevor Lewis said. "Everyone wants to beat them and give them our 'A' game. Obviously they did a good job against us tonight and I don't think we were as sharp as we needed to be."

Blues right-winger Vladimir Tarasenko left the game with an upper body injury after getting tangled up with Kings defenseman Walker on a partial break with about 6 minutes left in the first. Tarsenko, who had 8 points in his previous 5 games, had two shots in 4:37 of ice time before leaving.

"He's an important leader for us and it's tough to see him go down," Binnington said. "I think our group did a good job of responding and picking each other up. It's good to see."