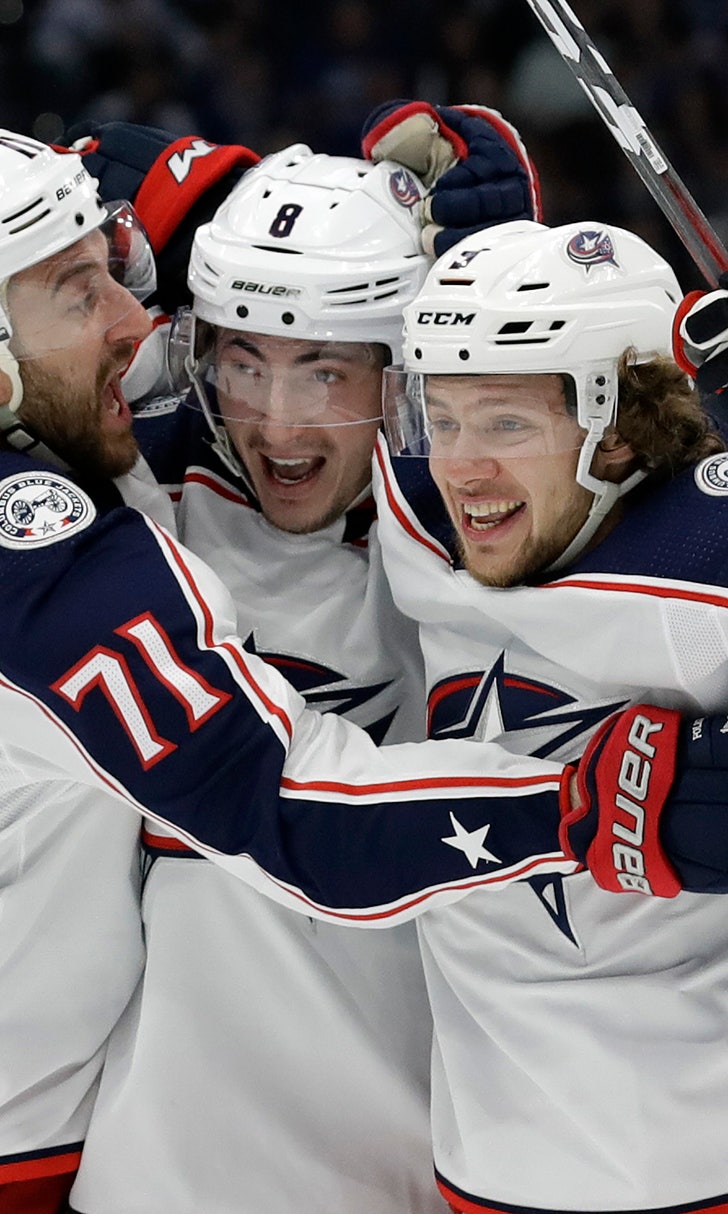 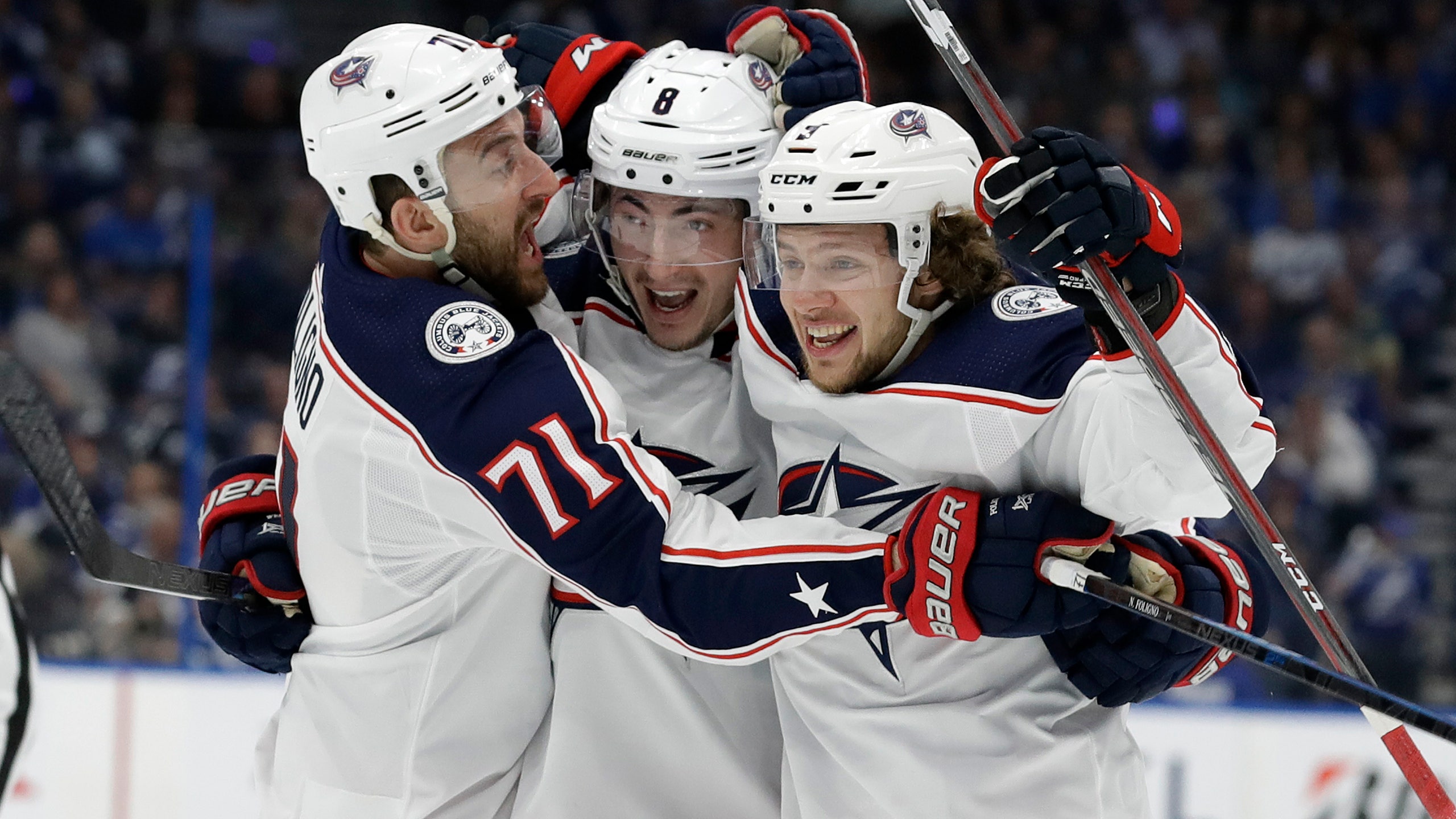 Columbus also got goals from Cam Atkinson, Zach Werenski, Riley Nash and Artemi Panarin. The Blue Jackets started the postseason last season by winning the first two games of the first-round series with eventual Stanley Cup Washington, which won the next four games.

Mikhail Sergachev had a goal and Andrei Vasilevskiy stopped 22 shots for the Lightning, who lost two games in a row just twice in the regular season. Tampa Bay matched the 1995-96 Detroit Red Wings for the most wins in a regular season with 62.

Lightning right wing Nikita Kucherov, who led the NHL with 128 points, was held off the scoresheet for the second consecutive game and picked up tripping, boarding and 10-minute misconduct penalties late in the third period.

Game 3 is in Columbus on Sunday night.

UNIONDALE, N.Y. (AP) — Jordan Eberle and Josh Bailey scored in the third period and New York beat Pittsburgh for a 2-0 lead in their first-round playoff series.

Mathew Barzal had two assists in a chippy, physical game that featured a lot of hard hits and some skirmishes, especially in the first two periods — and also after the final buzzer.

Erik Gudbranson scored and Matt Murray finished with 31 saves for the Penguins, who have lost the first two games of a postseason series for the first time since the 2013 Eastern Conference finals against Boston.

Game 3 is Sunday at Pittsburgh.

Pat Maroon and Ryan O'Reilly also scored for the Blues, who lead the best-of-seven matchup 2-0 and host Game 3 on Sunday night. Rookie Jordan Binnington made 26 saves.

Blake Wheeler and Mark Scheifele each had a goal and one assist for the Jets, Patrik Laine also scored and Dustin Byfuglien had a pair of assists. Connor Hellebuyck stopped 28 shots.

SAN JOSE, Calif. (AP) — Mark Stone scored the tiebreaking goal on a power play created by a penalty that negated an apparent San Jose goal and the Vegas Golden Knights responded after blowing a three-goal lead in the first period to beat the Sharks and tie their playoff series at one game apiece.

The teams packed an entire game into the opening minutes with the Golden Knights scoring three goals in the first 6:11 and the Sharks rallying for three more in the final 3:01 to become the first team in NHL history to tie a playoff game in the first period after falling behind 3-0. The craziness continued at the start of the second period when the Sharks briefly celebrated an apparent goal in the opening minute by Brent Burns. That quickly turned to frustration when the officials waved off the goal because Logan Couture interfered with Marc-Andre Fleury, giving the Golden Knights the power play.

Cody Eakin, Colin Miller and Max Pacioretty all scored in the first period to stake the Golden Knights to the big lead after losing the opener 5-2. William Karlsson added a short-handed goal in the third to ice it.

Couture, Tomas Hertl and Joe Thornton scored for the Sharks.

Game 3 will be Sunday night in Las Vegas.