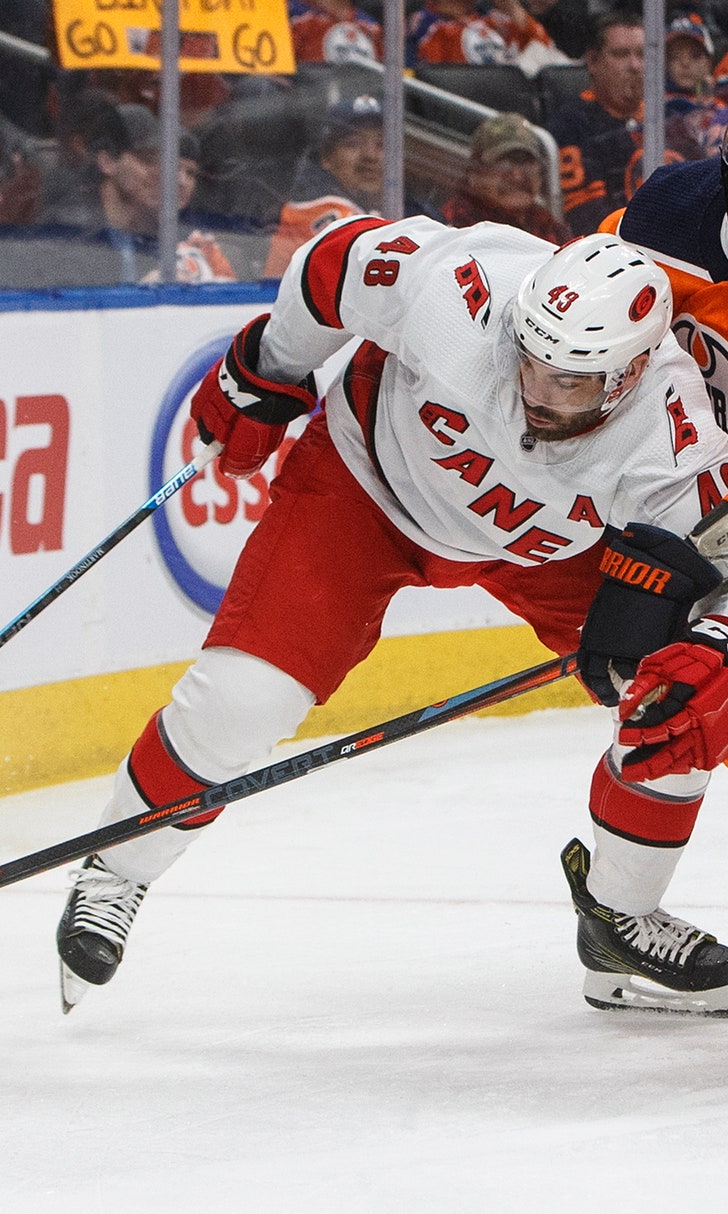 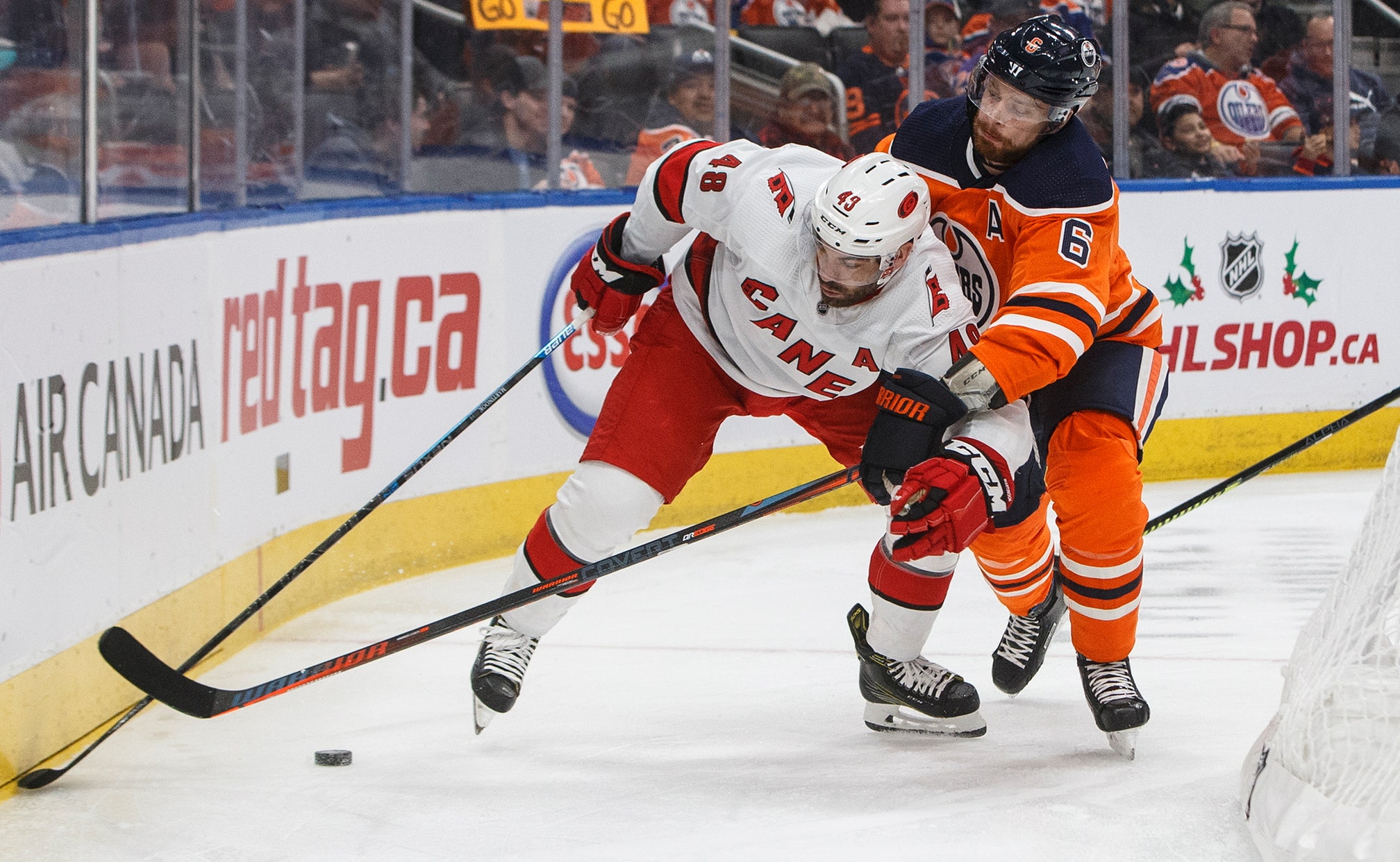 EDMONTON, Alberta (AP) — It wasn’t an ideal win, yet the Carolina Hurricanes will take it.

Carolina jumped out to a 3-0 lead after the first, let the Oilers pull even, then restored the three-goal cushion. Jordan Martinook’s goal midway through the third was key.

“That was a huge play of the game, because obviously everything had flipped at that point and we needed couple of good shifts and he came out and got a goal,” Hurricanes head coach Rod Brind’Amour said. “We settled down and we got a power play right after that and that kind of put the game away.”

“I don’t think we played that good in the first, luckily we got two power-play goals and got a lucky one, but we didn’t play that well in the first,” Martinook said. “If we don’t come out 3-0, then it’s a different game I think. Sometimes you just have to take those one and move on.”

Zack Kassian scored twice and Ryan Nugent-Hopkins added a goal for the Oilers (18-11-4), who have lost three of their last four.

“It was one of those games where the puck luck was not going our way,” said Oilers head coach Dave Tippett. “We can grab some things out of that game that I thought we did well, but you can’t make the mistakes we did and give up six and expect to win.”

Carolina started the scoring four minutes into the opening period as Aho converted a three-way passing play, chopping the puck into an open net past Edmonton goalie Mikko Koskinen. It was Aho’s 17th goal of the season and the 100th of his NHL career.

The Hurricanes added to their lead with a power-play goal with two minutes to play in the first period. Niederreiter scored when he tipped a shot by Jake Gardiner.

Carolina surged to a 3-0 lead with another power-play goal with just four seconds left in the first as Dzingel beat Koskinen on the stick side with a wrist shot.

The Oilers answered eight minutes into the second period. Kassian hammering home a rebound past Hurricanes goalie James Reimer for his 10th of the season.

Hurricanes defenseman Brett Pesce got called for closing the puck with his hand in the crease two minutes into the third and Edmonton was awarded a penalty shot. But, Connor McDavid lost the handle on the puck and never got a shot away.

The Oilers did score a power-play goal a minute later as Nugent-Hopkins tapped one in at the side of the net.

The Oilers tied the game six minutes into the third as McDavid earned his third assist with a nice feed from behind the net to Kassian, who banked a shot in off Reimer’s pads.

Carolina moved back in front with just over 10 minutes left in the third with its first shot of the period as Martinook scored through traffic.

The Hurricanes restored a two-goal lead 12 minutes into the third with their third power-play goal of the game, as Aho had the puck go off his skate and in for his second of the game.

Carolina got an odd goal with five minutes left when Hamilton fooled Koskinen with a rare goal on a shot from center ice.

Hurricanes: At Vancouver on Thursday.

Oilers: At Minnesota Wild on Thursday.