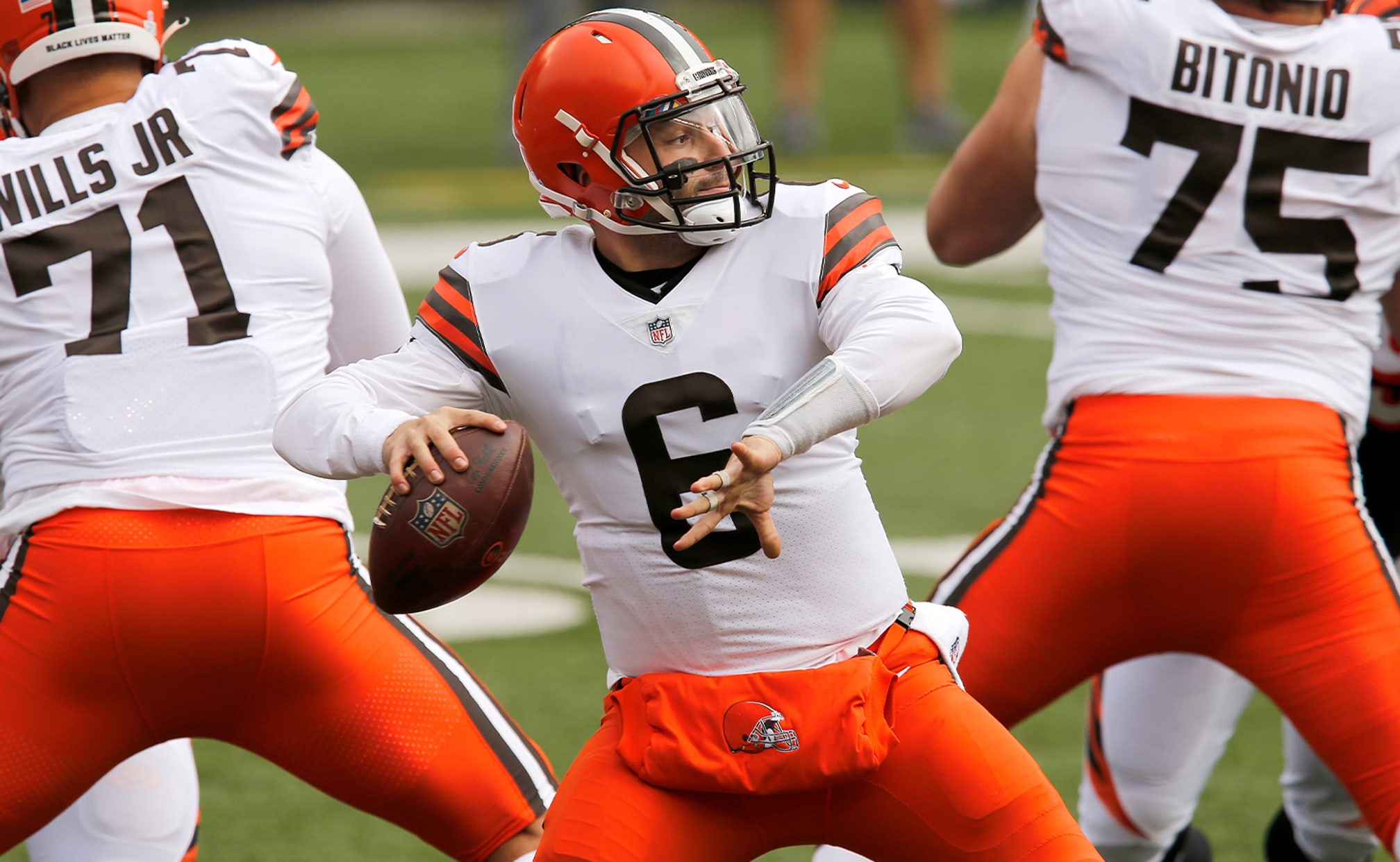 Having won five of their first seven games, the Cleveland Browns are off to a start they haven't seen in decades, punctuated by a last-gasp 37-34 win over the Cincinnati Bengals on Sunday.

However, while the win allowed the Browns to end Week 7 on a high note, Monday morning brought about some not-so-cheerful news on the offensive side of the ball.

An MRI confirmed that Odell Beckham Jr. tore the ACL in his left knee, an injury he suffered in the first quarter on Sunday while trying to make a tackle following a Bengals interception.

In six full games this season, Beckham had 23 receptions for 319 yards and three touchdowns. He also added 72 rushing yards on three attempts, finding the end zone once on the ground.

Now, the Browns will look to replace the three-time Pro Bowler's production at the position.

But before examining how Cleveland might replace OBJ, several pundits attempted to look at the silver lining for Baker and the Browns, as Beckham Jr. begins his recovery process ahead of next season.

"With Baker Mayfield and OBJ it's like this: Baker Mayfield gets his play call and his immediate first thought with OBJ on the field is: 'Where's OBJ? What's OBJ's route?' And then it goes to: 'All right, this is my play vs. the defense.'"

Now that Beckham is sidelined, Mayfield will be forced to look elsewhere more frequently in order to keep the Cleveland offense humming, and with the likes of wide receiver Jarvis Landry, running back Kareem Hunt, and a bevy of options at tight end, Mayfield is not bereft of options.

But could Cleveland's offense, and Mayfield in particular, actually find more success without OBJ?

ESPN's Greg McElroy made the case that it's possible.

"The guy is a better player when he's not ... trying to get [OBJ] his looks and his touches. So, I think this offense is going to be much more efficient moving forward with the personnel they have that's healthy."

Mayfield's statistics in 2020 back up that assessment, with the Browns quarterback posting significantly better numbers when he's looked at options outside of Beckham.

Not everyone agrees with that sentiment, however.

Regardless of how Mayfield and Beckham have meshed so far this season, Beckham's still a player that has posted 1,000-plus yard receiving seasons every year of his career ⁠— minus an injury-shortened 2017 season.

And while the Browns look well-positioned to make the playoffs for the first time since 2002, it's on the bigger stage where OBJ's absence will be most felt, posited Nick Wright.

"In the playoffs, against the best teams, the ability to have a No. 1 receiver that can dictate coverage ... the Browns are not talented enough and Baker is not yet —and it's yet to be seen if he ever will be ⁠— good enough to beat really good teams on his own without having some systemic edges."

The Browns get a chance to show how they're coping without OBJ when the Las Vegas Raiders visit Cleveland on Sunday.

FOX Bet taps the Browns as three-point favorites heading into the contest.