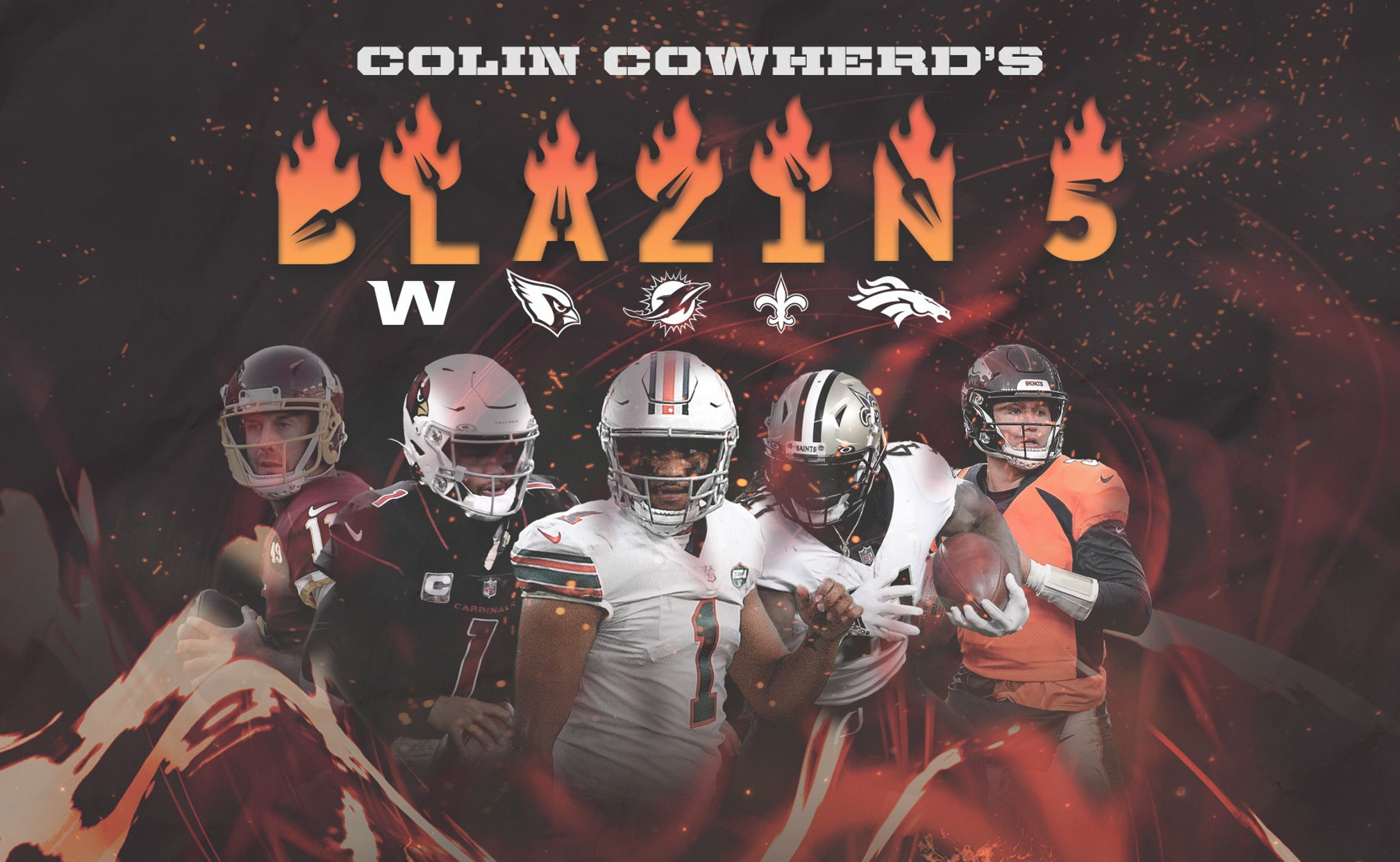 After back-to-back winning weeks, Colin Cowherd is feeling good about his Blazin' 5.

Let's check out what Colin is predicting in his picks against the spread for Week 15 of the NFL season, with all odds via FOX Bet. 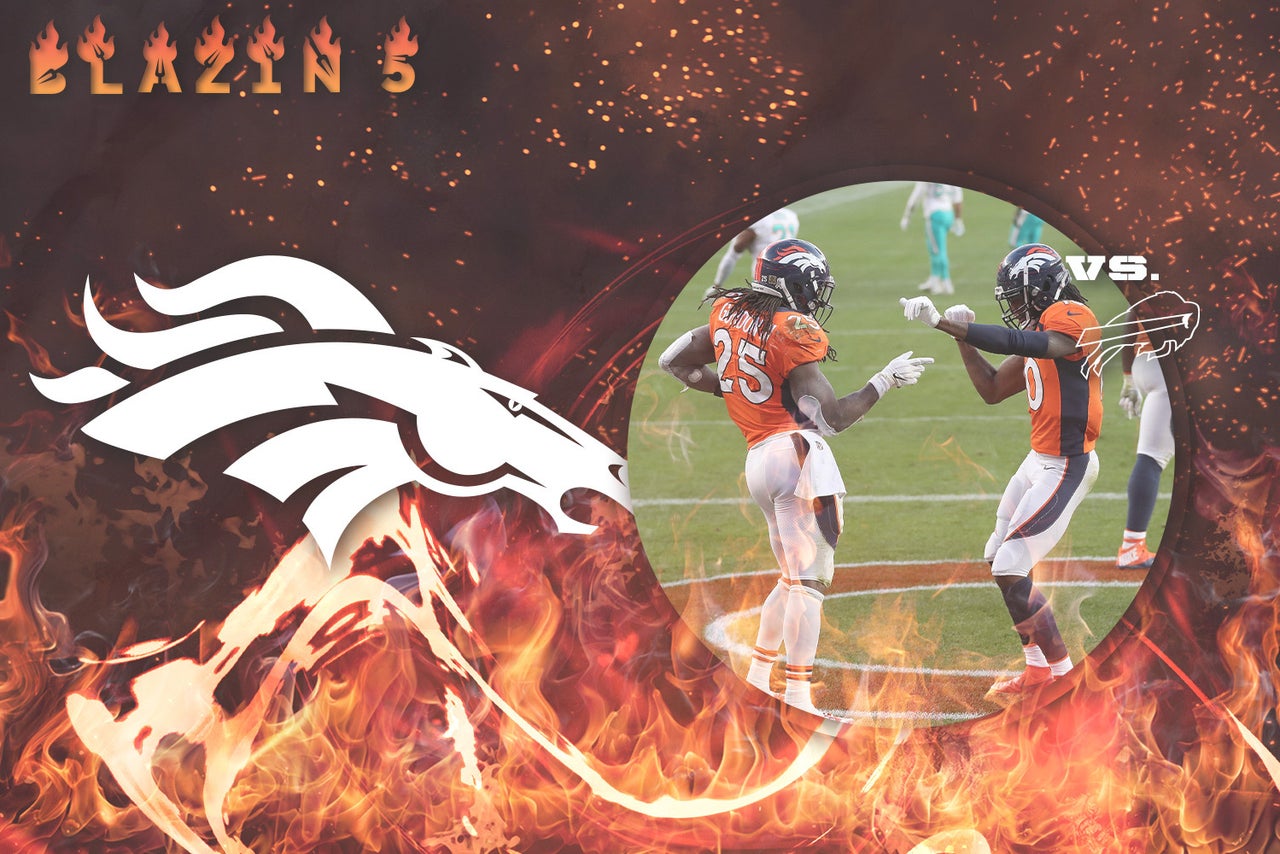 Sunday will be Buffalo quarterback Josh Allen's first trip to Mile High, where he will have to deal with high altitude and tough weather.

It's also high stakes for Denver, who will be eliminated from playoff contention with a loss. 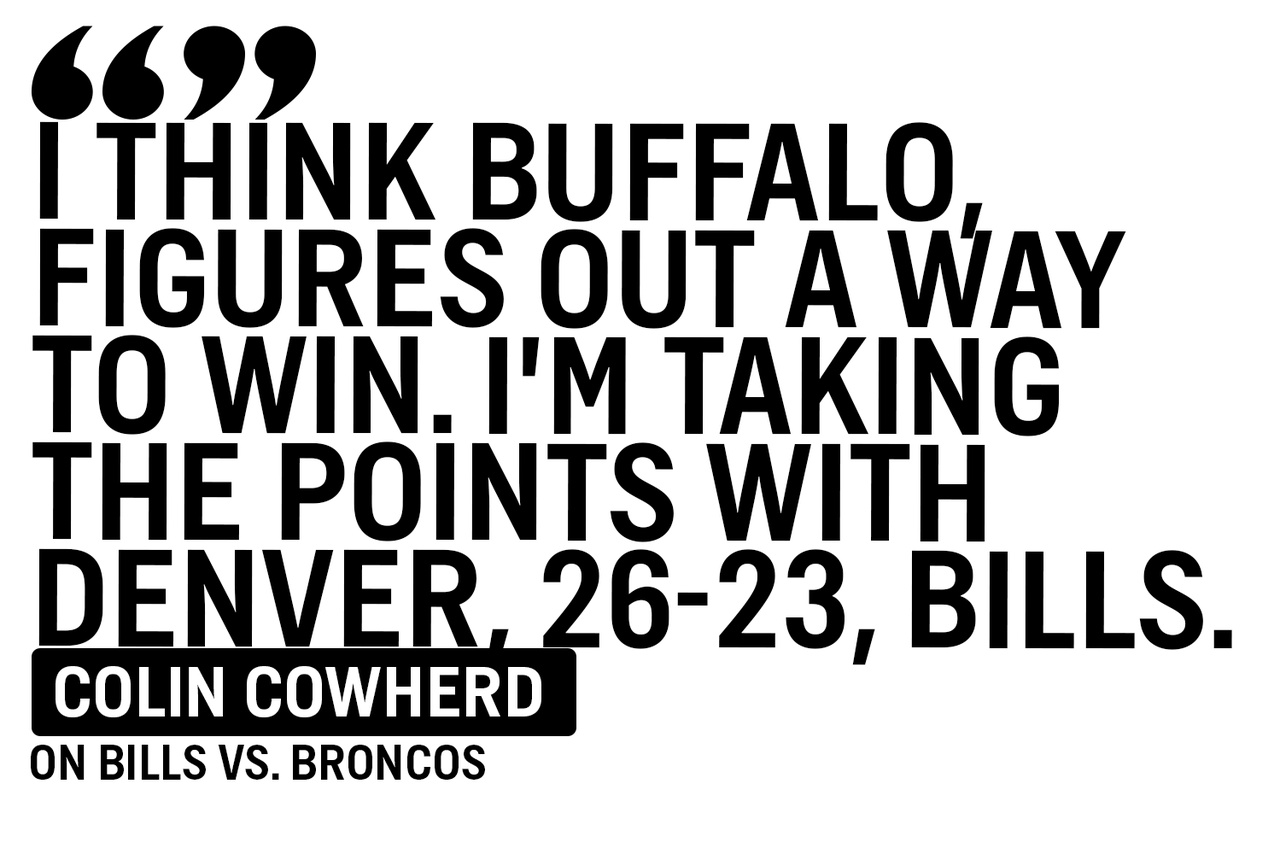 The Broncos rank top 10 in fewest passing yards allowed per game (220.7), and Denver safety Justin Simmons is tied for the fourth-most interceptions in the league (four) among defensive players.

Denver is tied for second-best ATS this season with an 8-5 record. 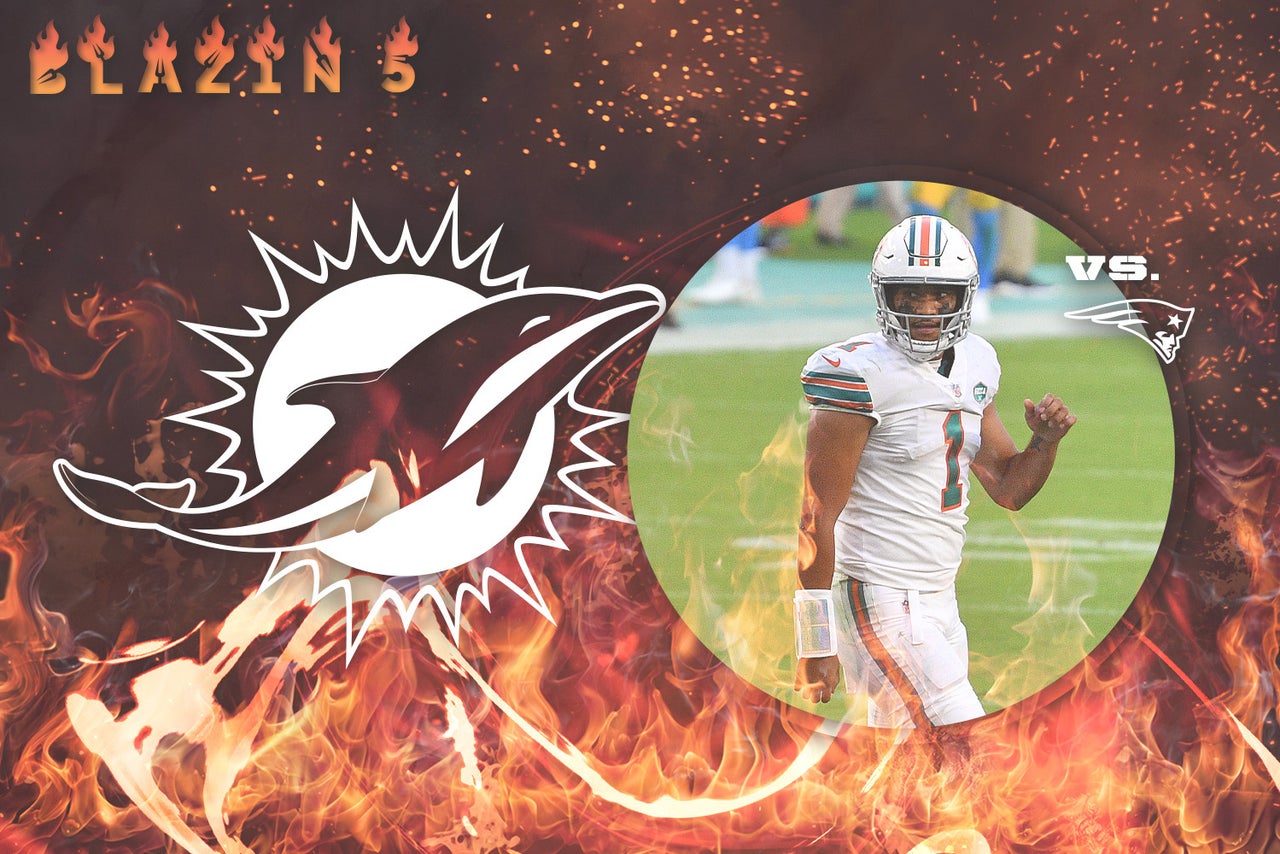 The Dolphins are allowing the second-fewest points per game (18.8), while the Patriots sit near the bottom of the league (26th), averaging 26.1 points per game in the NFL.

Miami also boasts the most total takeaways in the league (25), and cornerback Xavien Howard has a league-high nine interceptions.

To take it a step further, the Dolphins have forced a turnover in 19 consecutive games, the longest active streak in the NFL. 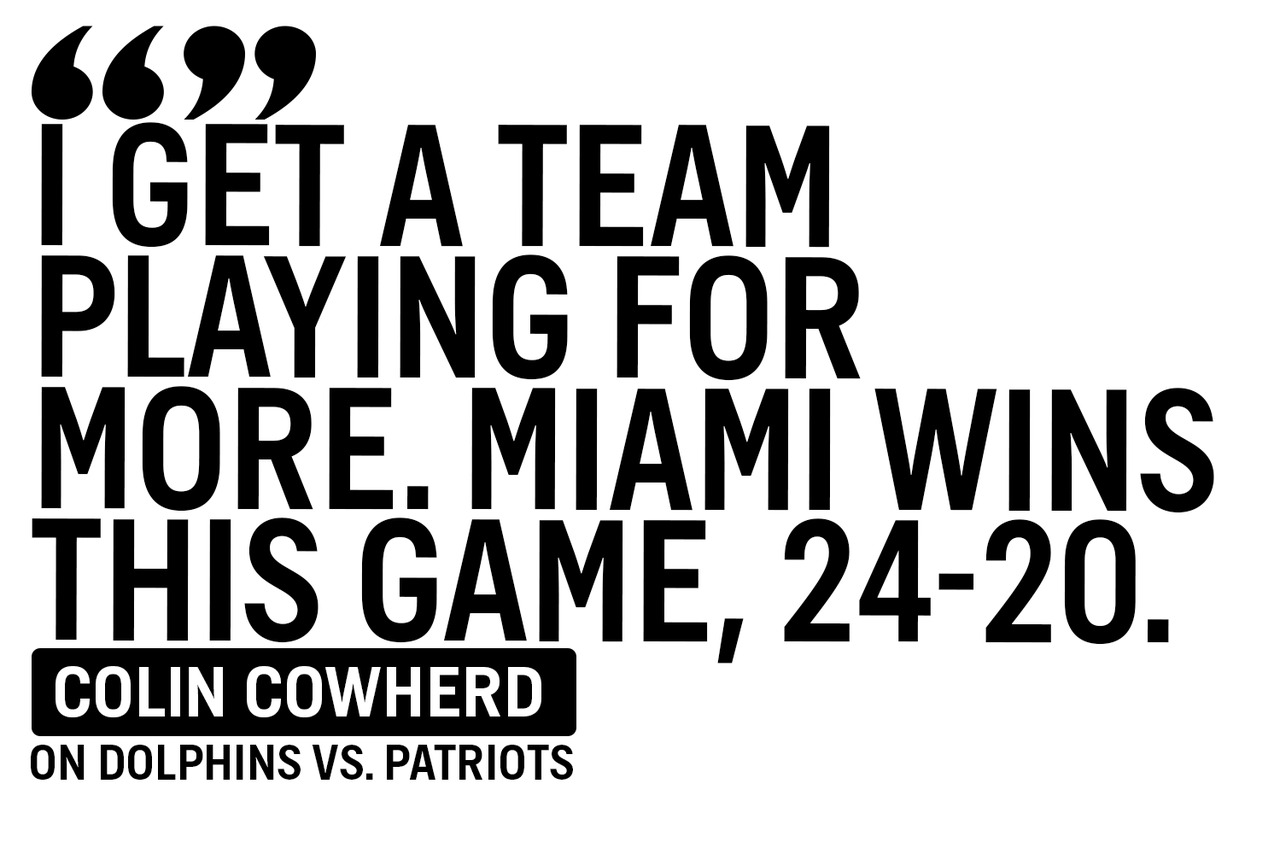 This is the first time Miami has been favored over New England since 2013, and it's the first time the Dolphins are favored by more than one point over the Patriots since 2003. 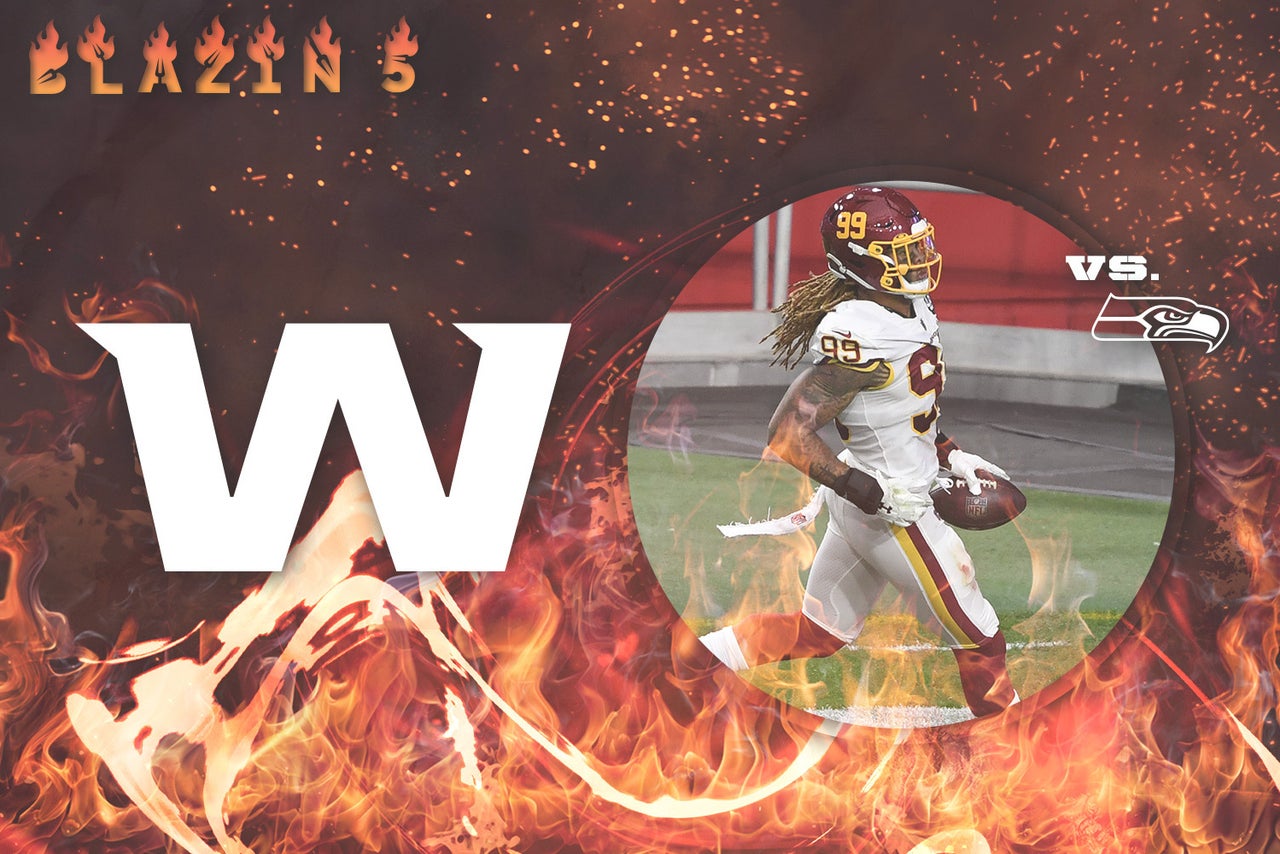 Washington's defense is stout, allowing the fourth-fewest total yards (313.5), third-fewest passing yards (206.3), and sixth-fewest points (21.2) per game in the league.

Washington's defensive line leads the NFL with 58 quarterback pressures and owns the second-highest pass rush win rate, beating blocks within 2.5 seconds 61 percent of the time in the last last four weeks, according to NFL Next Gen Stats.

Meanwhile, Seattle quarterback Russell Wilson has taken the second-most sacks in the league (40). 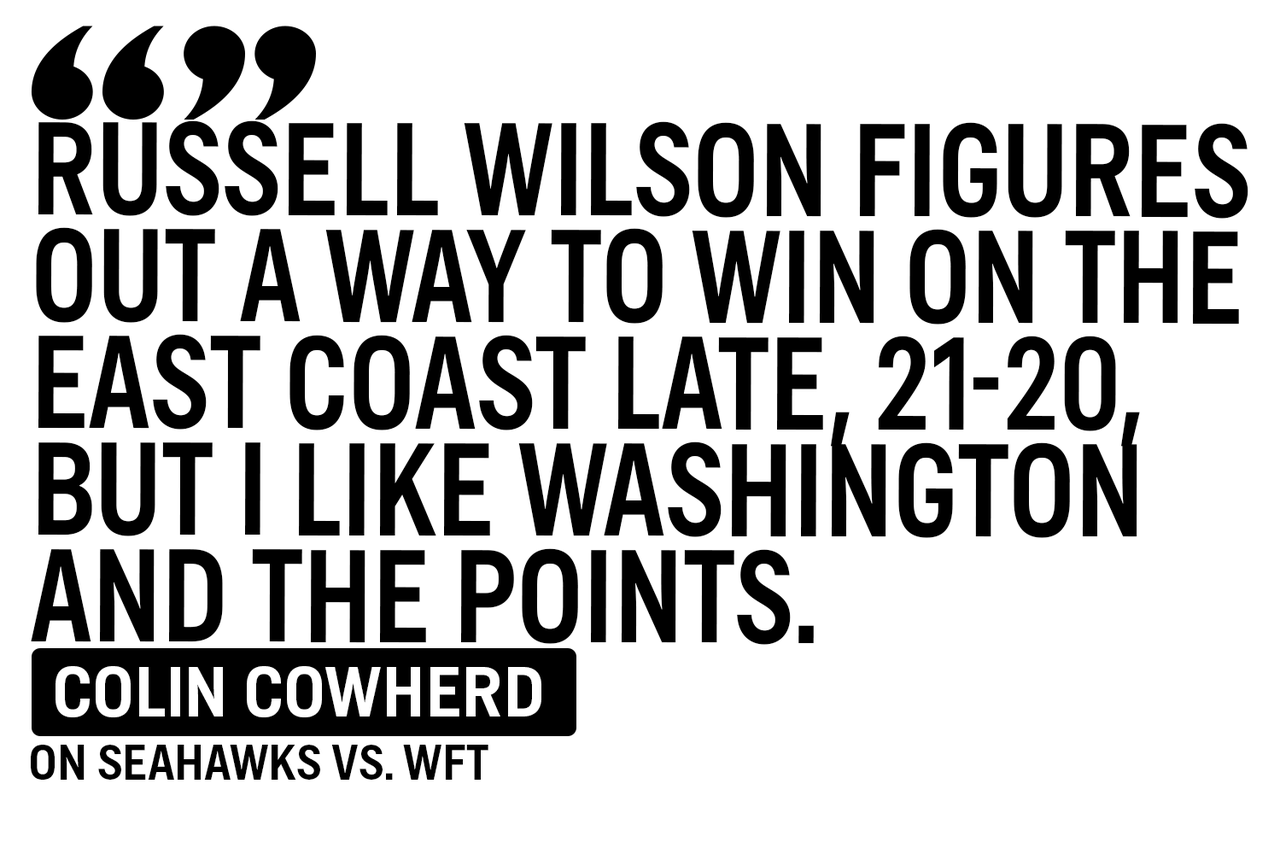 The Seahawks started the year 4-0 ATS, and then have gone 3-6 ATS in their last nine games. 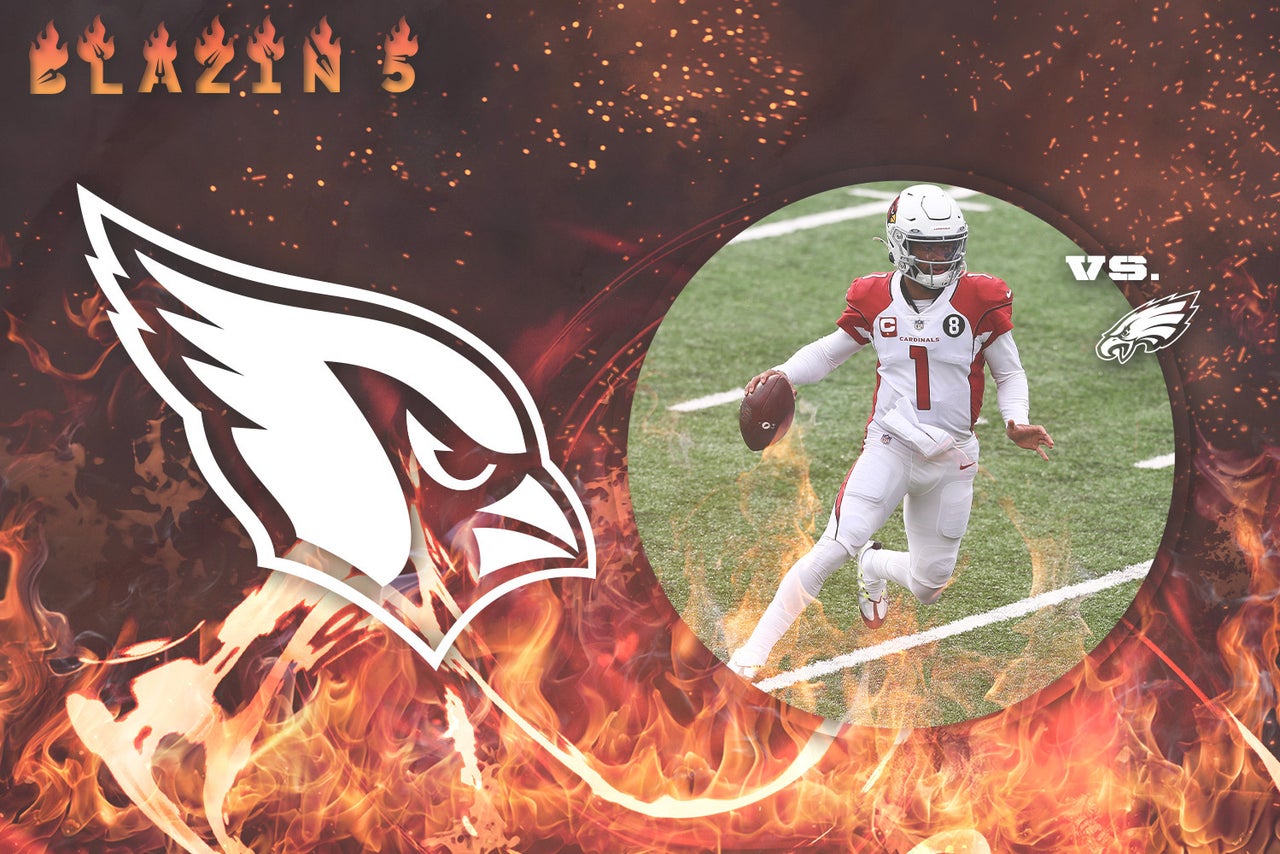 Arizona quarterback Kyler Murray leads the offense, in the air as well as on the ground, tied for third-most rushing touchdowns among players in the league (10). 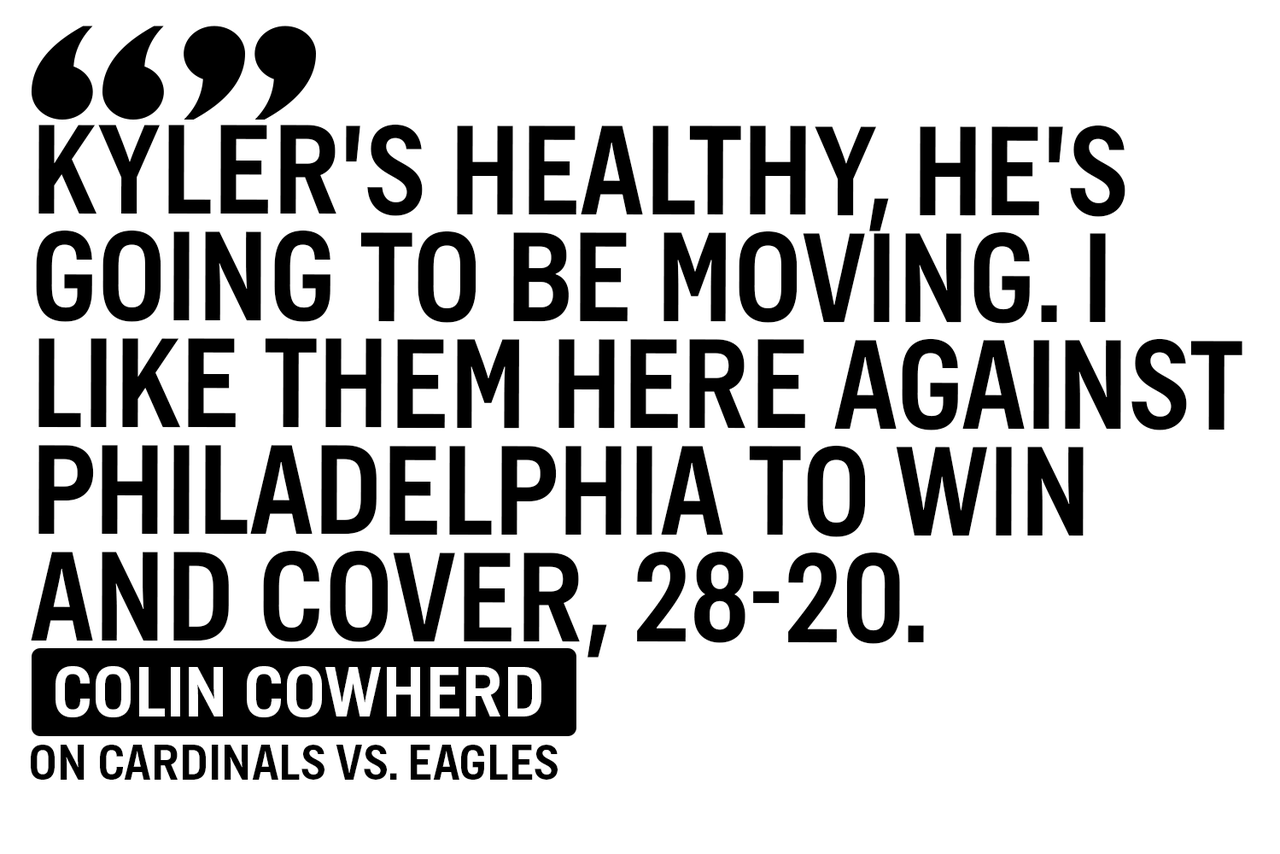 Not to mention, Murray is 9-4 in his career when rushing for at least 40 yards in a contest.

Odds are in Arizona's favor, as Philly has the 25th ranked rushing defense, allowing 127.3 yards per game.

The Cardinals' need a win in order to stay alive in the playoff picture. 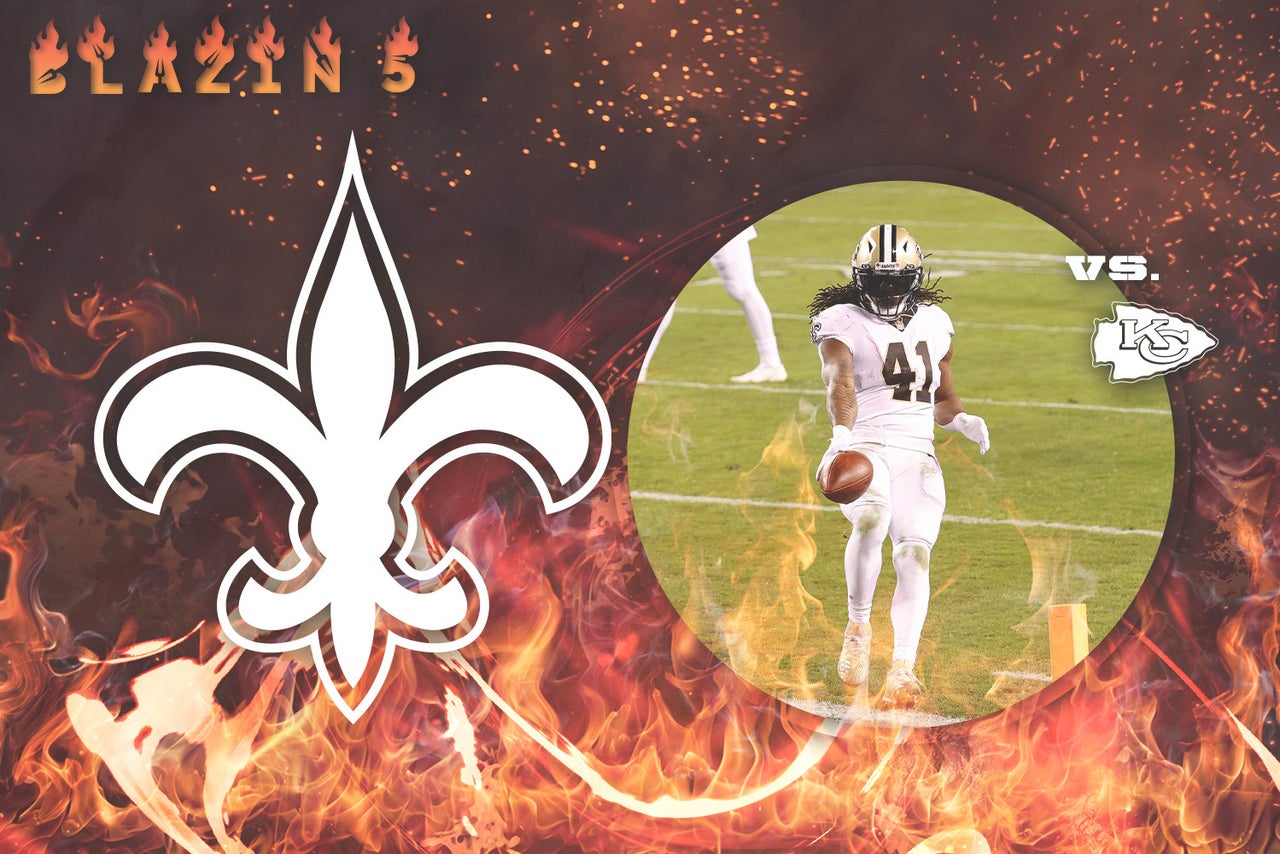 NOLA is also tied for third-most takeaways (20) while allowing the fourth-fewest points (20.4).

And we can't forget that Drew Brees returns from injury, boasting the best completion percentage in the league (73.5 percent) and third-best passer rating (110.0). 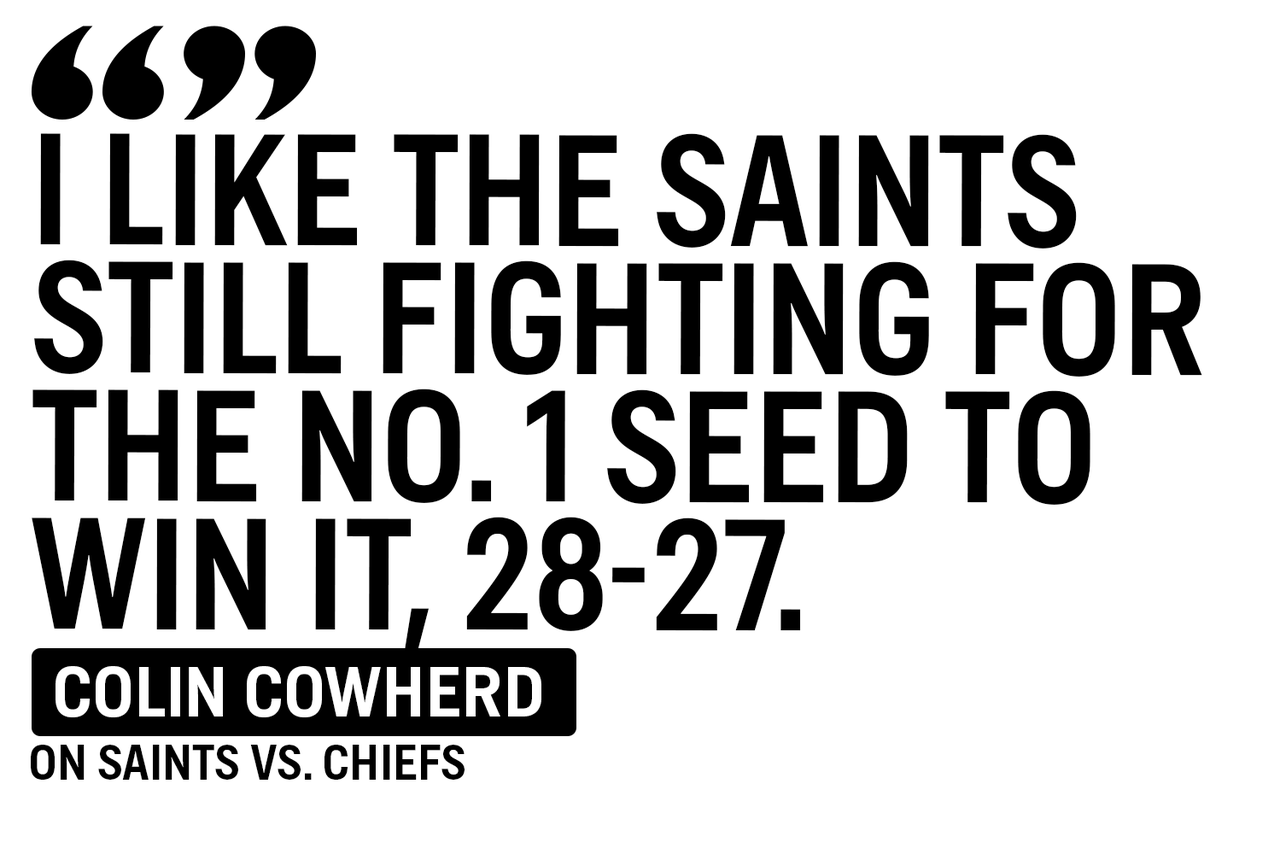 Kansas City has won five straight one-score games, but has failed to cover in all of them, becoming the first team to win but not cover five consecutive since the 1986 Patriots.

A Problem in Houston
Deshaun Watson is not happy with the Texans, and reports are that a trade is not off the table. How did we get to this point?
4 hours ago
those were the latest stories
Want to see more?
View All Stories
Fox Sports™ and © 2021 Fox Media LLC and Fox Sports Interactive Media, LLC. All rights reserved. Use of this website (including any and all parts and components) constitutes your acceptance of these Terms of Use and Updated Privacy Policy. Advertising Choices. Do Not Sell my Personal Info