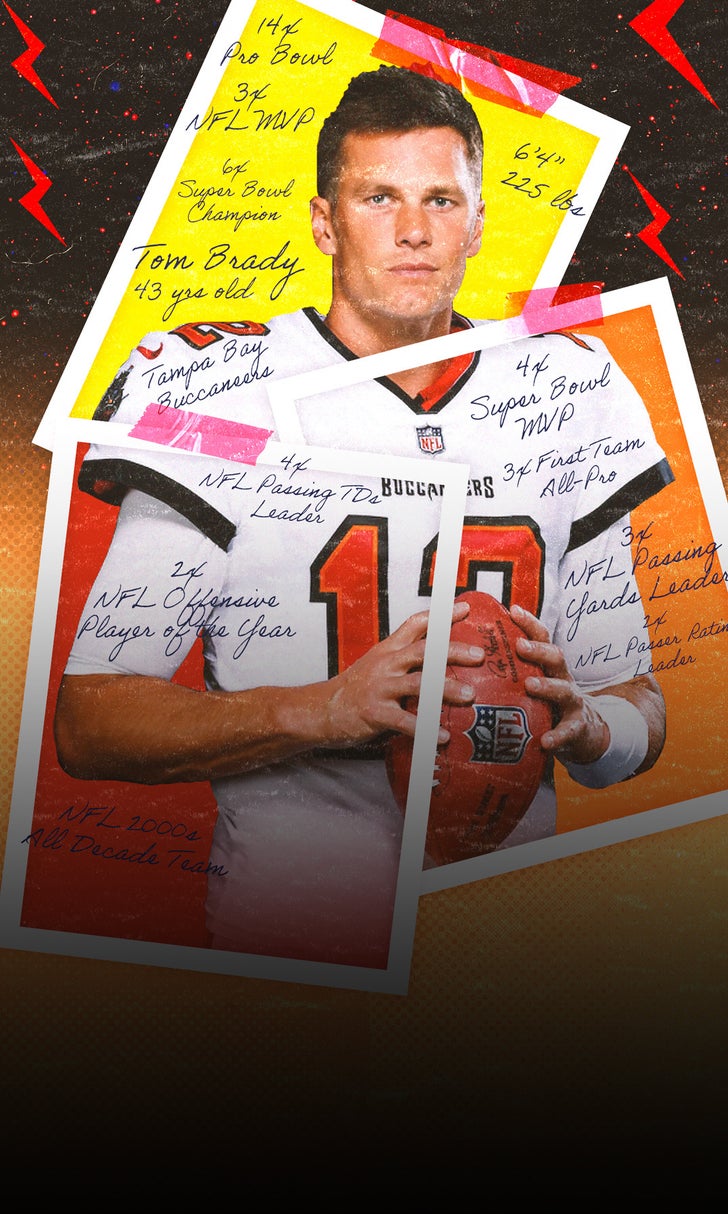 Tom Brady Is Defying All Odds

Tom Brady turned 43 last week but if you missed it, worry not, there are a lot of anniversaries, celebrations and milestones getting overlooked during this weird and confusing time.

Birthdays are mere numerical quirks, but this one does serve as a reminder that Brady is defying time, simply by being an active member of the National Football League, every single day.

Who knows how many more organic, vegan, plant-based birthday cakes Brady will get to enjoy while he is a starting quarterback in the NFL, but as he begins a new adventure with the Tampa Bay Buccaneers, he is trying to stretch out his career not by ignoring his age, but embracing it.

This season is a football experiment of sorts. It’s testing how much the benefits of knowledge and experience can outweigh the slowing effects of aging.

“I’ve seen every defense,” Brady told reporters. “There’s no play I haven’t run. There’s no defense I haven’t seen. It’s just, physically, are you still able to do your job? I’m very fortunate to still be able to do that.”

Within Brady’s mind lies an encyclopedia of football information, a veritable tome to be drawn upon at any time. That is why he is getting this chance. It is why Tampa Bay feels not only that they got a good QB, but that they can be a contender. It is why $25 million per season didn’t sound so bad and why the Buccaneers think they have a resource that no one else can compare to.

As for the physical part, well, that’s why he’s not in New England anymore, and why his contract doesn’t have, say, Russell Wilson-money attached to it. That’s why the deal is for two years and not more, because if it was up to Brady, he’d play forever.

When Brady talks about time, football gets jumpy. Is he seeing the end of the road? Is he starting to acknowledge that things are heading towards their conclusion? Is it wearing on him? He knows time means more right now than it ever did before.

“The clock has not run out,” FOX Sports’ Greg Jennings told First Things First. “Regardless of what his last throw in New England looked like, he still has another opportunity to get that ball in his hand and throw it down field.

“When he talks about spending time looking into his playbook and learning new plays, what he is talking about is that when you've been in a system you don't have to waste that time … studying to ingrain and literally brand those plays into your mind so it can become second nature.”

Brady has some strong and imposing weapons in Florida, headed by Mike Evans, Chris Godwin and the freshly unretired Rob Gronkowski, but he has to get to know them amid the most trying and fractured preseason situation that football has known.

Doing so will take work and effort, but while Brady is a good looking dude with a supermodel wife, a ton of money and what appears to be a pretty perfect life, there is no reason to suspect any respite from the pursuit of excellence he underwent with the Patriots.

Head coach Bruce Arians is not as gruff as Bill Belichick, and for the most part, yes, he is a player-friendly coach. However, he is not afraid to get a point across, even if you are a superstar quarterback.

"(Brady) is just another guy,” Arians said. “He gets cussed out like everybody else.

“It’s non-stop grind with him. It was the same way with Peyton (Manning). I think they all have the same qualities of willing themselves on other people to win and making them accept it quickly. All the good ones, they all had it. When they talked, everybody listened, and Tom has that for sure.”

Time will tell, and speaking of time, the start of the NFL season is quickly approaching. No one is quite sure what it will look like, but my goodness it will be welcomed. Everyone has their different ways of handling things, but the most effective are those who find ways to adapt and find normalcy in the abnormal.

In that sense, Brady is no exception.

“I think you just have to do what you can with what we’re all dealing with, try to make the most of it and try to understand that the clock is ticking on all of us,” Brady added.

Of course, it is ticking on Brady too, he just seems to find a way to make it move a little slower.

Holding The Door Open
Four women are making NFL history Sunday. Charlotte Wilder sat down with them to discuss representation, criticism, and more.
5 mins ago

Marshall's Keys: Cowboys vs. Seahawks
How can the Cowboys follow Week 2's miracle by handing the Seahawks their first loss? It starts with one alarming fact.
13 hours ago

The Value Of 0-2
History says a surprising group of NFL teams could be dangerous in Week 3. Jason McIntyre breaks down his top bets.
19 hours ago

Colin Cowherd's Blazin' 5 – Week 3
Colin officially has his eye on a few NFL trends so far this season, and he believes defense will be key in Week 3.
23 hours ago

Twitter Fingers: The Backwards Hat Debate
Colin Cowherd was unhappy with Carson Wentz's style choices after Philly's latest loss. And of course, Twitter had thoughts.
1 day ago
those were the latest stories
Want to see more?
View All Stories
Fox Sports™ and © 2020 Fox Media LLC and Fox Sports Interactive Media, LLC. All rights reserved. Use of this website (including any and all parts and components) constitutes your acceptance of these Terms of Use and Updated Privacy Policy. Advertising Choices. Do Not Sell my Personal Info