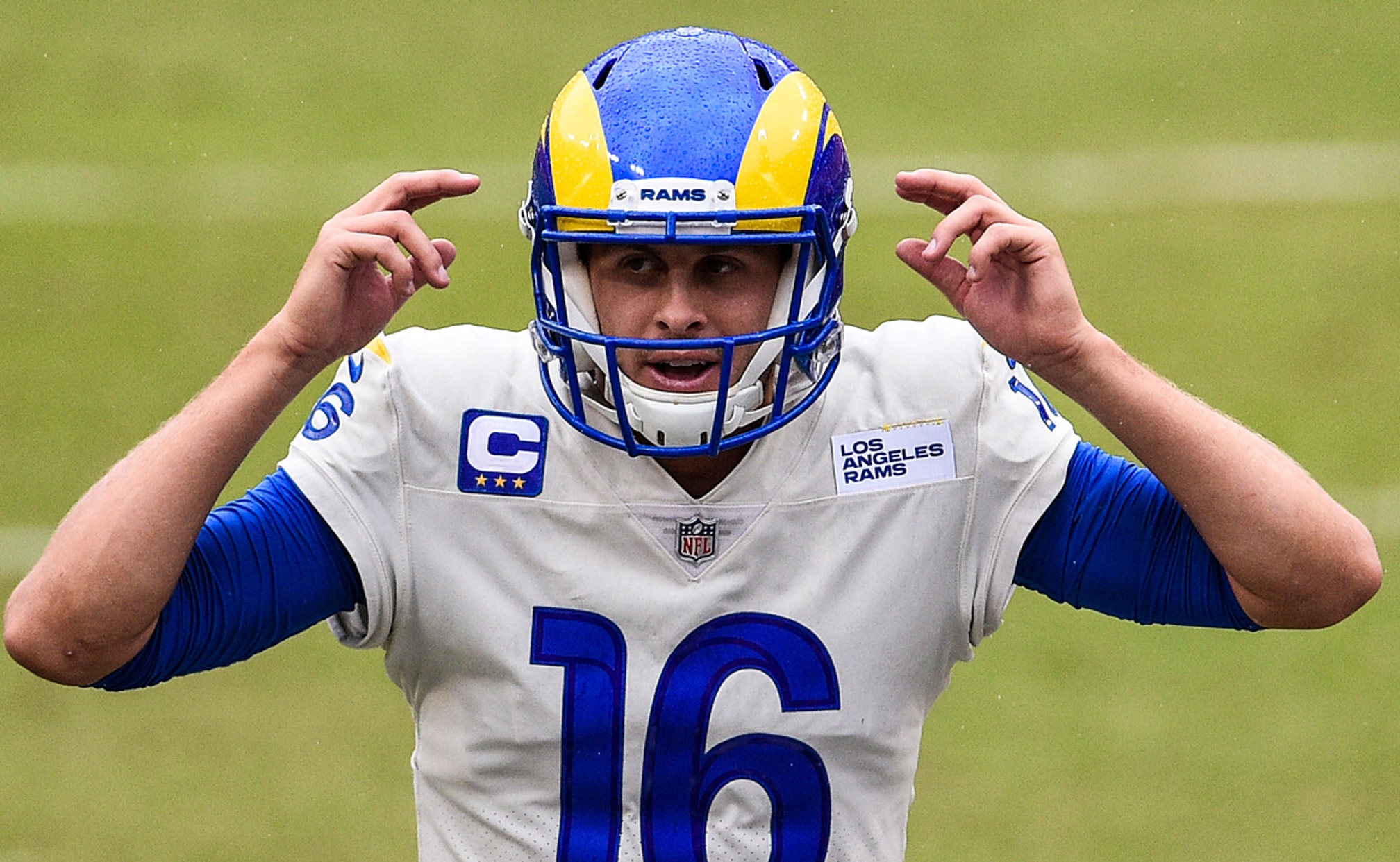 Well folks, we’ve made it to Week 6. The schedule might be disjointed, and we all must adjust on the fly, but everyone is doing well in the process.

Now, I’m going to do well in giving y’all my favorite wagers of the weekend (with all odds via FOX Bet).

We all get preseason picks wrong. I’m here to admit that I’ve been most wrong about the Los Angeles Rams this season. I thought their offense was on the downslide. Their offensive line wasn’t good last season. Goff looked out of sync. McVay had lost the magic.

Well, after five weeks, the Rams offense is one of the best in the NFL, and Goff is having a career season. He leads NFL QBs in yards per attempt while competing better than 70 percent of his passes. The Rams rushing attack, which struggled last season, is back with a vengeance in 2020.

When the Rams run the ball well, it allows Goff to use play-action passes with more authority. It keeps them out of third-and-long situations. While the 49ers defense is playing OK without a bunch of missing pieces, this isn’t a good matchup for a defensive line that is beat up and a secondary that can’t cover crossing routes.

On the flip side, the 49ers offense isn’t good right now. While Jimmy Garappolo has struggled with a bum ankle, I’m not sure you can blame all the troubles on him. Outside of their two wins at MetLife Stadium against the combined 0-10 Jets and Giants, the 49ers are averaging 18 points per game. They have a minus-4 turnover margin and have lost all three games.

The Rams defense is better than expected, clocking in at eighth in DVOA. Aaron Donald continues to be the best player at any position in the NFL. The 49ers offensive line has struggled, which I didn’t expect. Injuries have taken their toll. I do not think they can contain Donald and the Rams defense.

Lastly, remember what I said last week in this space: No more betting on bad football teams. The 49ers aren’t a good football team right now – 19th in overall DVOA, with an offense that can’t score and a beat up defense. The Rams are good and continue to play better. No fans in San Francisco eliminates any communication issues. I think the Rams roll.

Yes, the Chiefs lost to the Raiders last weekend. Yes, their offense looked out of whack at times. And yes, they still scored 32 points.

Even after a "down" weekend, their offense is ranked second by DVOA. Going a step further, they have the first-ranked passing attack. If you’re concerned about the Chiefs pass protection, which hasn’t been as good as previous years, this is a good weekend to get it right. (Worth nothing, Patrick Mahomes leads NFL quarterbacks in pressures attributed to the position.)

Anyway, they head to Buffalo for a special early Monday kickoff at 5 p.m. ET on FOX. Coming off a loss at Tennessee, the Buffalo defense has not been good this season. They’ve allowed 28 points per game and are 30th on third down. So while I noted the Chiefs' protection issues, it won’t be a concern this weekend as the Bills have just an average pass rush.

If the Bills want to create pressure via adding extra rushers into the mix, Mahomes will eat that up, as he always does. We’ve seen the way to slow down the Chiefs offense is a steady diet of zone concepts with three-or four-man rushes.

But more than anything, I think the Chiefs offense has heard all week they aren’t good anymore. They get an extra day to prepare for the Bills, who are on a slight short week after playing Tuesday.

The Chiefs offense has a tendency lately to look for the home run. I expect them to focus back on the short, quick game. Get the ball into the hands of your playmakers in space. They will add screens back into the offense, which has been missing the last two weekends.

I think we see a Chiefs offense humming at full speed against a poor Bills defensive squad.

The Vikings are 1-4. This is true. However, according to Football Outsiders, they are one of the better 1-4 teams in NFL history.

The Vikings have a positive DVOA for four of their five games so far this year, with the exception being Week 2's 28-11 loss to Indianapolis. They lost last Sunday night at Seattle on the final play of the game. They lost by a single point to the Titans as well. They’ve been close to being a 3-2 team. They are 11th in overall DVOA, right below the 4-0 Titans and Steelers.

And this weekend feels like the Vikings take out all their close loss anger on the bumbling Falcons.

Atlanta fired Dan Quinn after starting the season 0-5 – not because of that record, but because of how they got to that record. Poor play. Terrible defense. And bad coaching decisions. You might be tempted to say, "Well, since Quinn is gone, the Falcons will play better." Not so fast.

NFL teams are 15-22 (including Houston beating Jacksonville last week) against the spread the game after they fire a new coach. Why? Because teams that fire coaches during the season are usually awful, and coaching changes don’t help. The Falcons are one of those teams.

What about them is considered good? Their defense is 28th in DVOA. Their offense, loaded with former first-round picks, is 22nd in DVOA. Matt Ryan is currently having his worst season in completion percentage since 2011. Their passing yards per attempt are the lowest since 2013. You get it. Their offense isn’t good.

I’m going back to the well with this one. The Browns offense has scored 108 points, third most in the NFL. While it’s easy to attribute the points to Mayfield, that would be a mistake.

No, Mayfield isn’t making mistakes like last season, but the offense gets going with the rushing attack. The Cleveland QB threw for a season-high 247 yards last weekend against the Colts. Read that again. That took multiple extra efforts from Jarvis Landry and Odell Beckham to reach that total.

Now, enter a Steelers defense that just had its worst game of the season against the Eagles on Sunday yet is still ranked seventh in defensive DVOA. Just like last weekend, I don’t see the Browns offense moving the ball through the air as their primary source of output. The Steelers will sit back in zone and keep both of the Browns' wide receivers from winning deep.

Antonio Brown Reunites With Tom Brady
After serving an eight game suspension, Antonio Brown is headed to Tampa Bay. But will things work for Brady & Co.?
4 hours ago

Not The Same Old Browns
As he makes his picks for Week 7, Jason McIntyre has a word of caution: Beware first impressions, especially with Cleveland.
8 hours ago

The Carson Wentz Conundrum
Eagles quarterback Carson Wentz can both frustrate and amaze. Is he the key to Philly's success or officially an impediment?
10 hours ago
those were the latest stories
Want to see more?
View All Stories
Fox Sports™ and © 2020 Fox Media LLC and Fox Sports Interactive Media, LLC. All rights reserved. Use of this website (including any and all parts and components) constitutes your acceptance of these Terms of Use and Updated Privacy Policy. Advertising Choices. Do Not Sell my Personal Info