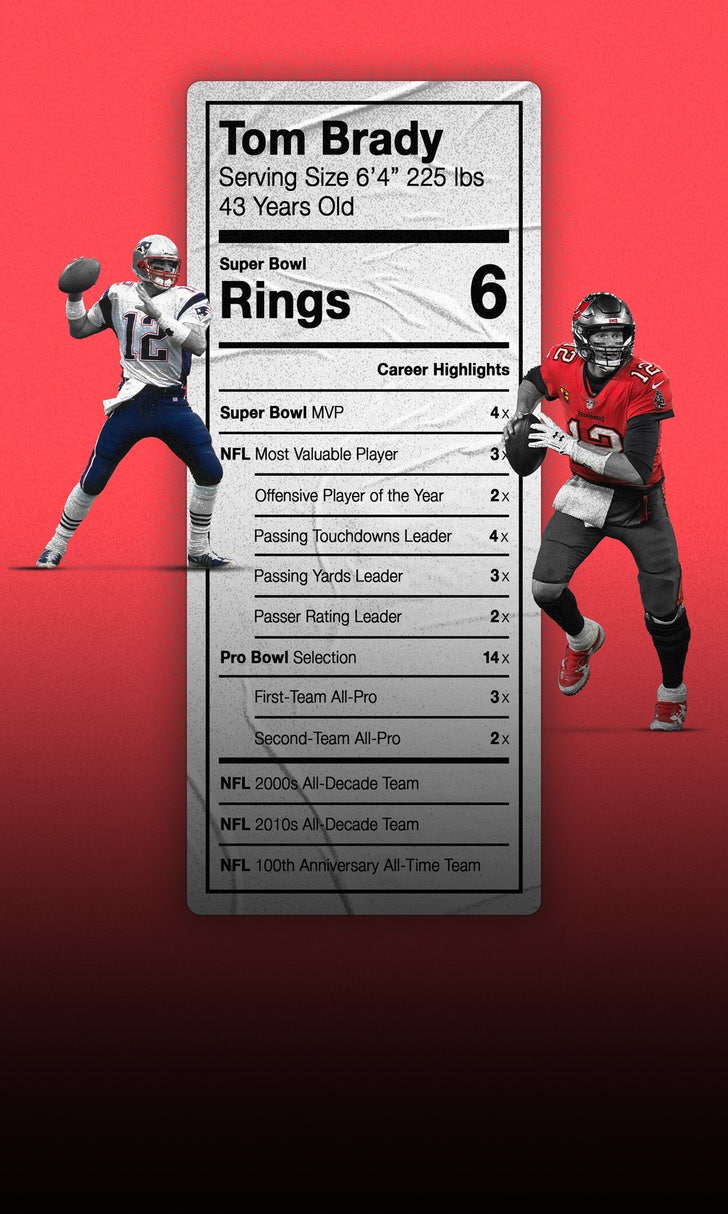 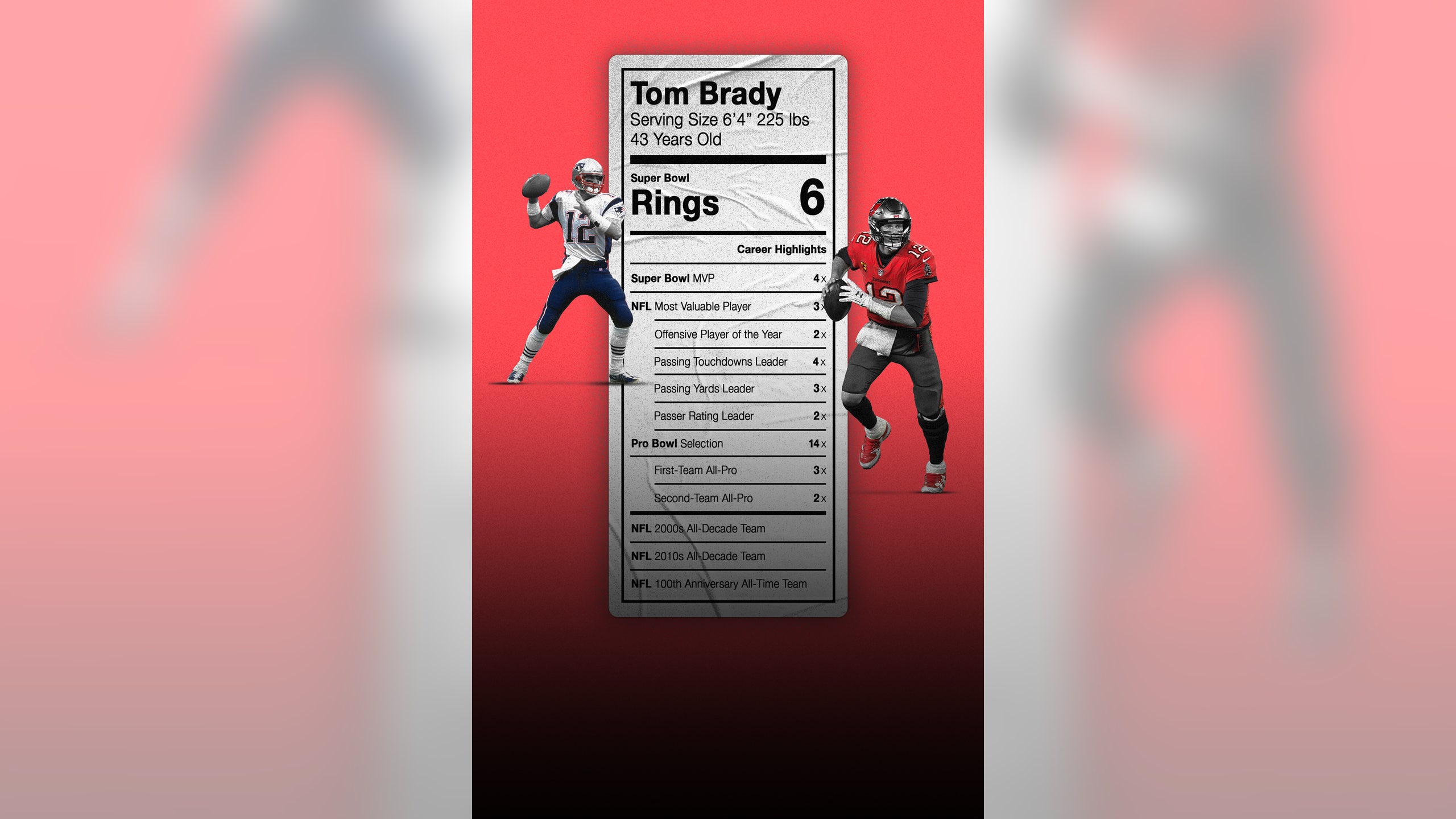 previous story
Anthony Edwards becoming a bright spot for last-place Timberwolves
next story
Was the Brooklyn Nets' win vs. the LA Clippers as meaningful as it seemed?
National Football League

TAMPA, Fla.—Even the talk of Tom Brady’s age is getting old.

The 43-year-old Buccaneers quarterback will be the oldest player ever to start at the position in Super Bowl LV on Sunday, just as he was at age 40 and again at age 41. At this rate, legendary golfer Old Tom Morris will be replaced as the most famous "Old Tom" by next week.

But is Old Tom Brady really that old?

Sure, he’s ancient by football standards. But there really isn’t anything "old" about Brady on the field. He can still throw the deep ball. (Just ask the Packers.) He can still zing it in shorter routes. And as receiver Chris Godwin said Monday, "His brain is second to none." 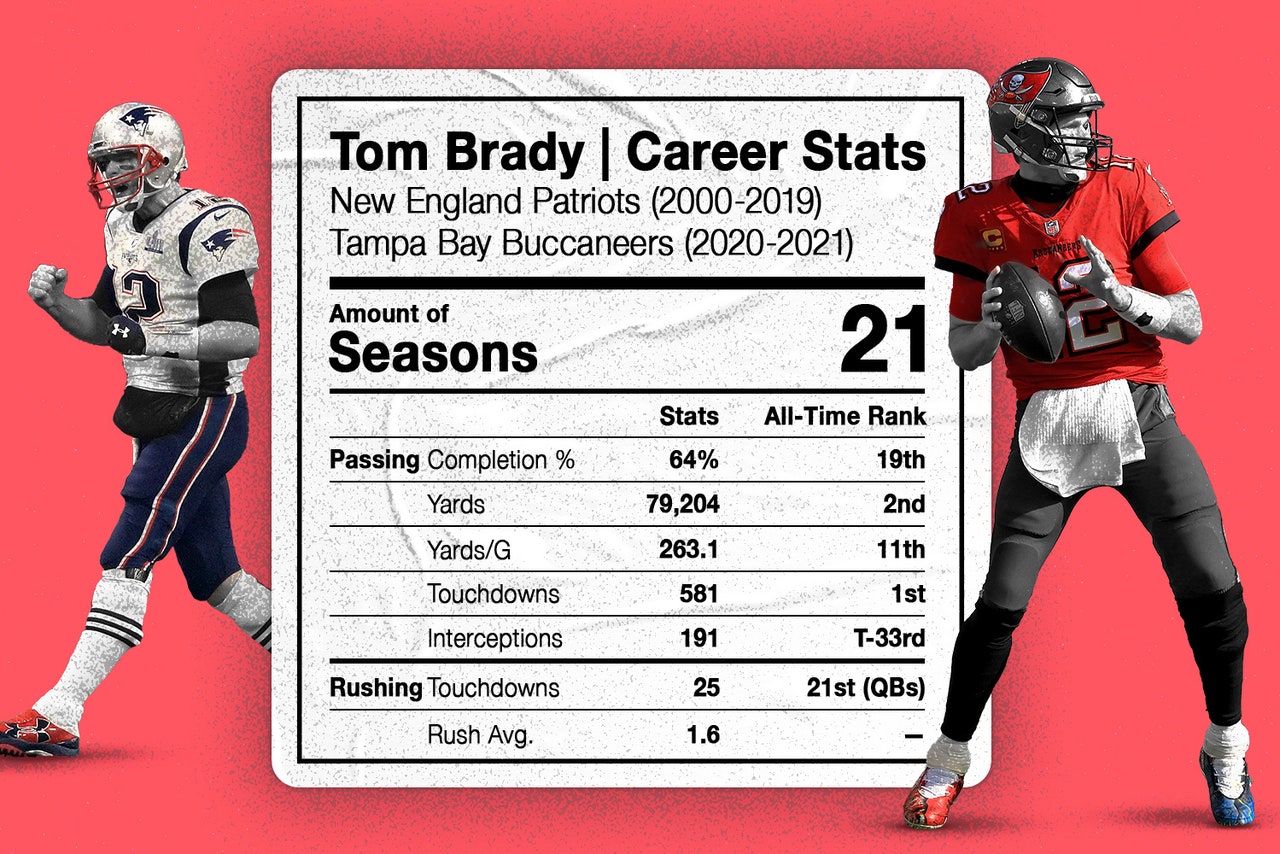 It begs the question: Might Old Tom try to play past 45?

"Yeah, definitely," he said Monday in Tampa. "I would consider that."

So would Dr. Matt Provencher, FOX Sports’ athlete injury and performance analyst, who was the Patriots' team physician for three seasons during Brady’s time in New England.

Four years ago, Brady raised eyebrows when he said he planned to play well into his 40s. He sounded like yet another legend who refuses to go out at the top of his game, opting instead for a wince-inducing final act like Joe Namath or Johnny Unitas.

But Brady is undeniably elite at age 43. He will begin next season as a top-tier quarterback at 44. And then comes 45 ... maybe.

"He’s almost there," Provencher said. "Are there any cracks in the armor? Everyone wants to see ‘em. I don’t know if I see ‘em."

It’s hard to see ‘em statistically. Brady’s Pro Football Focus quarterback ranking this season was second in the league, at 93.7, only 1.4 points behind that of likely NFL MVP Aaron Rodgers. That 93.7 mark was only 0.1 behind Brady’s number in 2007, the season widely considered to be his best — and when he had Randy Moss as a target.

Is this season an outlier? Nope. Brady’s PFF ranking has been 90 or higher every year since 2015 except one — 2019. The past five years of his career have been better in this particular measure than any five-year period from his 20s or 30s.

"There is a slight decline but not by that much," said Alex Bonilla of Sports Reference, who brings receipts: "Among the 67 600-attempt seasons in NFL history, Brady’s 2020 is the seventh-best in adjusted net yards per pass attempt and eighth-best in passer rating ever."

This is not a man who is flaming out. 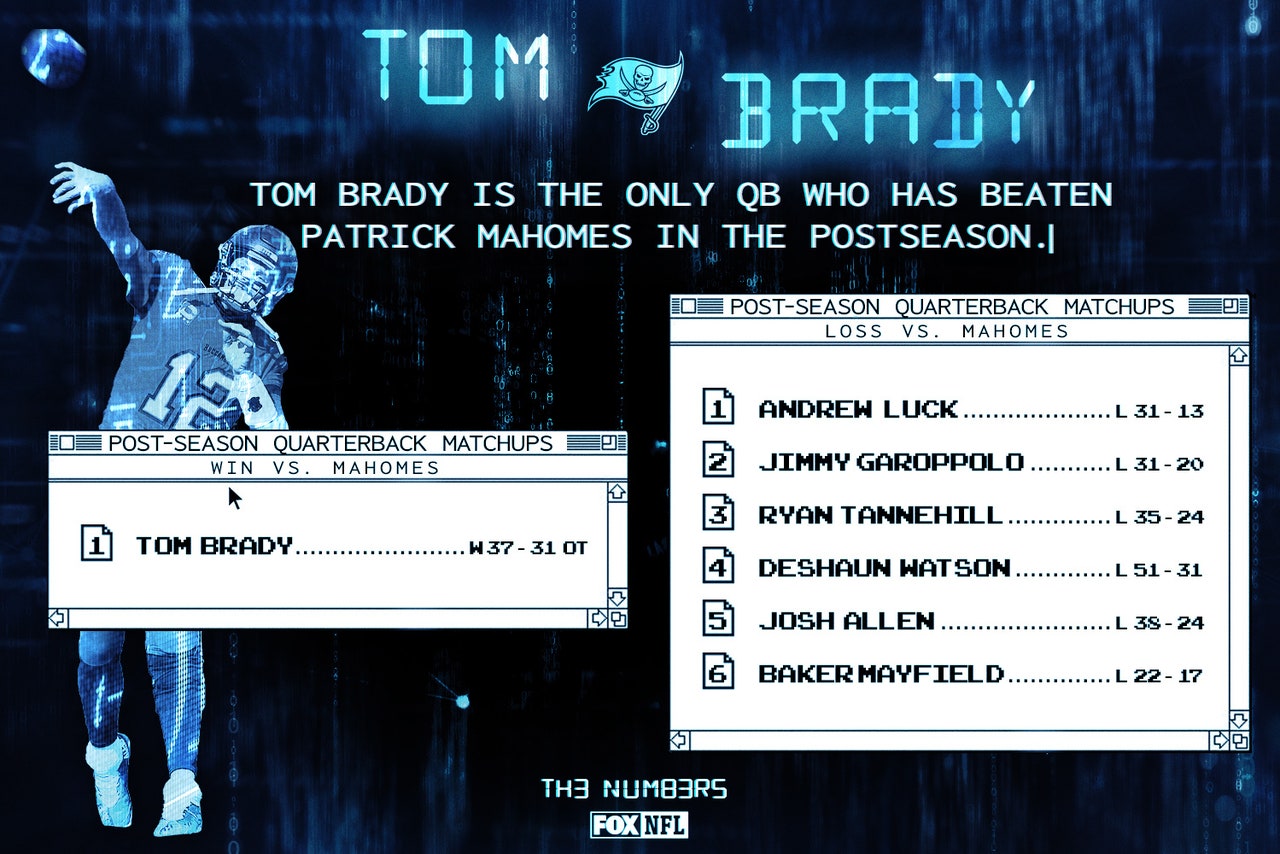 On Monday, Godwin marveled at Brady’s ability to recall plays from "seven years ago in New England." The future Hall of Famer has built on that repertoire in Tampa, and he has woven in new offensive wrinkles from head coach Bruce Arians and offensive coordinator Byron Leftwich.

Here’s the other thing: The talent around Brady in Tampa is quite young. The offensive linemen are in their primes — except for standout rookie Tristan Wirfs, who’s still approaching his. Even with older players such as Jason Pierre-Paul and Ndamukong Suh, the defense is built for the years ahead.

"I think we’re set up beautifully," Bucs general manager Jason Licht said. "Tom is 43 years old, and we have some other elder statesmen, but we have a young, young team."

Brady’s array of targets is certainly better than what he had toward the end of his reign in New England. He brought Rob Gronkowski to Florida with him, and now Brady has Evans and Godwin — both among the top receivers in the league — at ages 27 and 24, respectively. Brady might not have gotten younger in his switch to the NFC, but Tampa’s roster gives him a chance at even greater longevity.

The most important factor, of course, is Brady’s health. He has had only one major injury, a torn ACL and MCL that ended his 2008 season (against Kansas City, of all teams). Since then, the only regular-season games he has missed came during his "Deflategate" suspension. That makes Brady less worn down than many passers 15 years younger than him. The lack of lasting damage has preserved his ability to torque his legs and core in a relatively unhindered way.

And then there’s the year-round physical training along with his much-discussed diet.

"Football for me has always been my sport," Brady said Monday, "but it’s become part of my daily life. The decisions I make, I think, ‘How does this impact my football? My offseason training?'"

Provencher credits Brady’s "pliability," which is a term you’ll find frequently on the quarterback’s health and wellness website. The goal is more resilient muscle tissue — a step beyond strength and flexibility.

There’s a mental aspect, too. "The spirit, his positive energy, working almost harder than anyone to keep up with the younger crew," Provencher said.

So how long can it last? Would anybody be shocked if he played two more seasons? Even in a league in which the average career lasts less than four years, maybe Brady is really not that old after all.

"I think I’ll know when it’s time," he said this week. "I think I’ll understand that I gave all I could to this game. When I don’t feel like I can commit to the team anymore like I need to, I think that’ll be the time to walk away."

For now, Brady is on a bullet train to the all-time record for the oldest quarterback to start an NFL game, held by Steve DeBerg. The former Buc (and Chief) was 44 years, 279 days old when he set the record in 1988.

At this point, time is on Old Tom’s side.