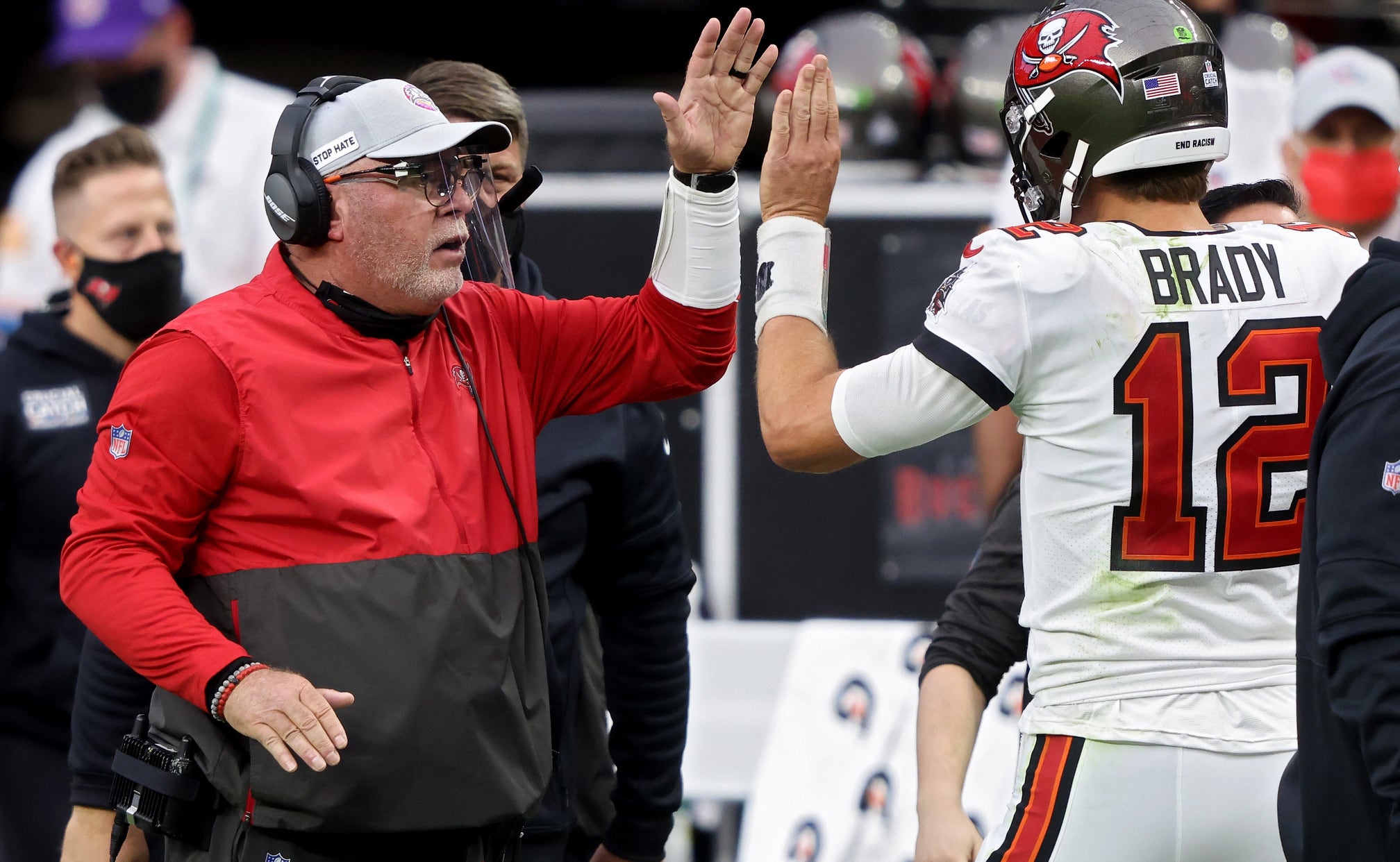 Tampa Bay dropped its second straight game in a 27-24 loss to the Kansas City Chiefs, falling to 7-5 after a 6-2 start. The score was much closer than the actual game, as the Chiefs racked up more than 500 yards on offense.

Once again, the Tampa Bay offense, led by Tom Brady, was very up and down. One play, Brady was completing a beautiful deep pass, and the next, he’s underthrowing a go route for an interception.

The offense is a complete mess, and contrary to what Tony Romo kept repeating on the broadcast, the time is now for the offense to come together.

I thought the Bucs would start slow this season. Brady left New England and signed with Tampa Bay in the middle of a pandemic. There was no offseason workout program, and training camp was uniquely short.

Most importantly, this offense is much different than the system Brady ran for his entire New England career.

Bruce Arians runs a downfield, big-play offense. He loves to air it out -- which is the opposite of what Brady has done since Randy Moss left New England in 2008. Brady excels at the quick passing game. He finds a mismatch and gets rid of the ball. He’s great in the play-action game as well.

Because of the odd offseason, I was sure Tampa Bay would start slowly on offense and pick up steam as the days got shorter. You are combining one of the best passers in NFL history with an outstanding offensive mind in Arians. They would figure out a way. They’d be able to accelerate the learning curve, especially with all the weapons on this team.

After Week 12, it’s clear that hasn't happened yet. The offense is a wreck.

The offense doesn’t cater to Brady, and Brady isn’t playing well enough when he does have opportunities to make plays. Tampa Bay does not call enough quick throws or play-action passes. I do not understand the latter. The play-action pass is an explosive play opportunity, and when Tampa has called them, they’ve worked.

Brady’s longest pass Sunday came off play action. I expected Arians to work with Brady in designing an offense that worked for all. But it’s clear he hasn’t. The Bucs rarely have answers for issues, like pressure. Brady and his receivers often aren’t on the same page.

This does not absolve Brady for making poor throws, but like most quarterbacks, he needs to get in a good groove throughout the game. Brady doesn’t trust what he’s doing.

While everyone, including Romo, expected it to take time and eventually click, it must start soon. Like now. I do not believe it will happen this season. It’s already Week 12, and it looks no closer to coming together than it did in Week 1.

The Bucs' schedule is helpful, as they face the Vikings, Falcons twice and the Lions. Even if they finish with four wins, they will have to start on the road for the playoffs.

This offense needed to click four weeks ago. I’m afraid, even with the easy schedule ahead, this offense won’t show up in the playoffs.

Geoff Schwartz, who played nine seasons in the NFL for five different teams, is a FOX Sports contributor.

Best Bets For The NFL Divisional Round
Baker to cover vs. the Chiefs? The Ravens over everyone's Cinderella? Jason McIntyre breaks down how to win this weekend.
1 day ago

'Perls' of Wisdom for Divisional Round
Sara Perlman lists her favorite prop bets for the divisional playoffs, anticipating a big game from Patrick Mahomes.
2 days ago
those were the latest stories
Want to see more?
View All Stories
Fox Sports™ and © 2021 Fox Media LLC and Fox Sports Interactive Media, LLC. All rights reserved. Use of this website (including any and all parts and components) constitutes your acceptance of these Terms of Use and Updated Privacy Policy. Advertising Choices. Do Not Sell my Personal Info