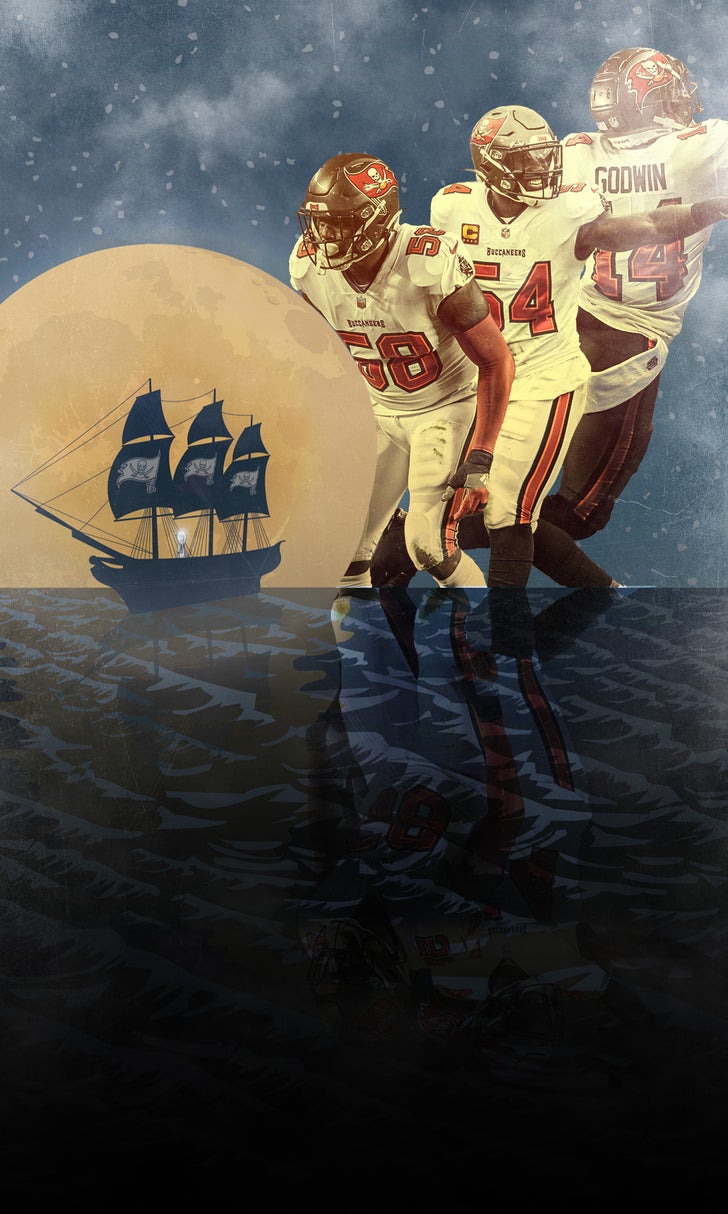 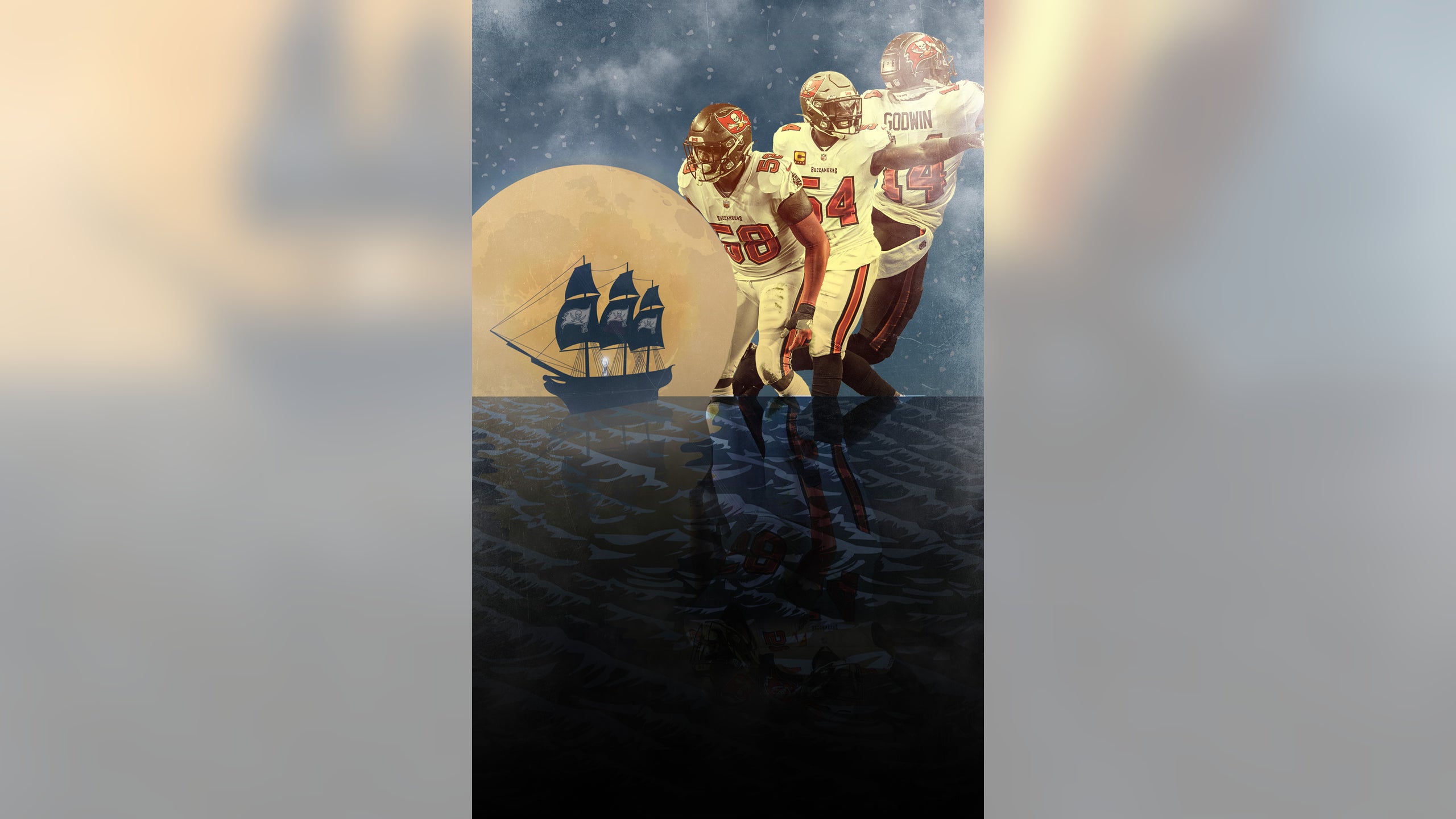 In order to run it back, Tampa Bay needs its team intact.

After earning their second Super Bowl title in franchise history, the Buccaneers already have their eyes on another ring in 2021, but first, the club must address a lengthy list of potential departures.

With that many names to sort through, the big question becomes which players are most crucial to the Bucs' hopes of winning a second straight championship?

In answering that question, Shannon Sharpe discussed three players: Chris Godwin, Shaquil Barrett and Lavonte David. Unfortunately for the Bucs, Sharpe doesn't see a world in which the team can afford all three.

"I don't see a scenario in which they bring all three of these guys back. That's wishful thinking, but there's a reason why. Because when you win, people come raid your henhouse to steal your eggs. You've got some of the best players; they want them on their roster."

Tampa Bay has $28.4 million in projected cap space for the 2021 season, which won't go far with its trio of top free agents.

Barrett alone could take up the majority of the space, according to Sharpe, and the Bucs need to leave enough money to sign their new draft class.

"Shaq Barrett is in his prime, and he's never had a payday. He's made it abundantly clear: I need that. ... Some team is going to give five years, six years, probably $135, $140 million dollars, and he's probably going to get around $70 million in the first two years. I don't see Tampa Bay matching that." Barrett entered the league as an undrafted free agent and has yet to see a hefty long-term deal.

In 2019, the Bucs signed him to a one-year, $4 million dollar contract, and Barrett rewarded the team with a career year, leading the NFL in sacks (19.5). He added one interception and six forced fumbles.

In 2020, he reupped with Tampa Bay for $15.8 million and tallied eight sacks, two forced fumbles and one safety in the regular season.

Barrett proved his worth in the postseason, as he brought relentless pressure on opposing quarterbacks, tallying four sacks, four tackles for loss and eight quarterback hits.

Top edge rushers aren't cheap, and at 28 years old, Barrett will be looking for security.

However, as Sharpe noted, the Bucs have another older defensive standout also hitting the open market.

"Lavonte David, this is his last chance at a big payday ... Maybe if you franchise tag Lavonte David – he's not going to be happy about that because he knows somebody got $12, $14 million dollars out there for him over three or four years."

As a seven-year captain, David has been an anchor of the Tampa Bay defense in both leadership and production during his nine years with the team.

The 31-year-old recorded 1.5 sacks, one interception, three forced fumbles and two fumble recoveries in 2020. In the postseason, he added another 26 tackles, one sack and four pass breakups.

David missed just seven defensive snaps of a possible 1,346 in 2020, including the playoffs.

He has been one of the most productive defensive players of the past decade. Since he entered the league in 2012, Barrett and Bobby Wagner are the only players with at least 1,000 tackles, at least 20 sacks and at least 10 interceptions.

To afford him, Tampa would likely have to tag him, but according to Sharpe, the Bucs might want to do that with a different free agent.

"And could they franchise tag Chris Godwin? Sure. [But] he’s not going to be happy because ... guess what happens next year, when you got to split all those catches and your numbers are not what they were? That $15.8 ... might be $12 [million]. He's going to want a long-term deal."

Godwin was chosen by the Bucs in the third round of the 2017 NFL Draft, and he is hitting the market for the first time, as his four-year, $3.28 million rookie contract is expiring.

Although his production wasn't as high in 2020, he still was the Bucs' second-leading receiver behind Mike Evans, posting 65 receptions for 840 receiving yards and seven touchdowns in the regular season.

In the playoffs, Godwin recorded 16 receptions for 232 receiving yards and one score.

While Godwin is a valuable receiver, Tampa is deep at the position, boasting the likes of Evans, Antonio Brown, Scott Miller and Tyler Johnson, who all shared snaps last season.

With three big names likely looking for the green, Tampa Bay will have to either make some tough decisions or dig deep into its pockets to find a way to keep them all.

Visions of greatness?
Some think New England has the chance to snag a QB reminiscent of a former Patriots legend with the No. 15 pick in the NFL Draft.
7 mins ago