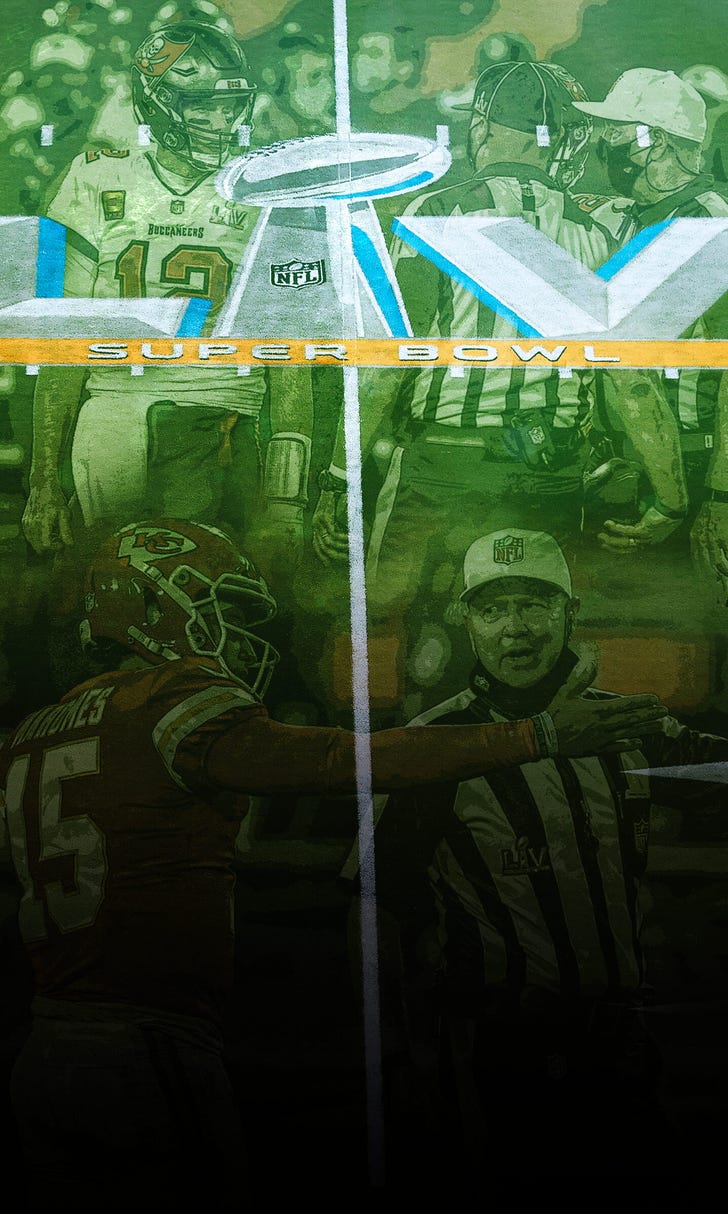 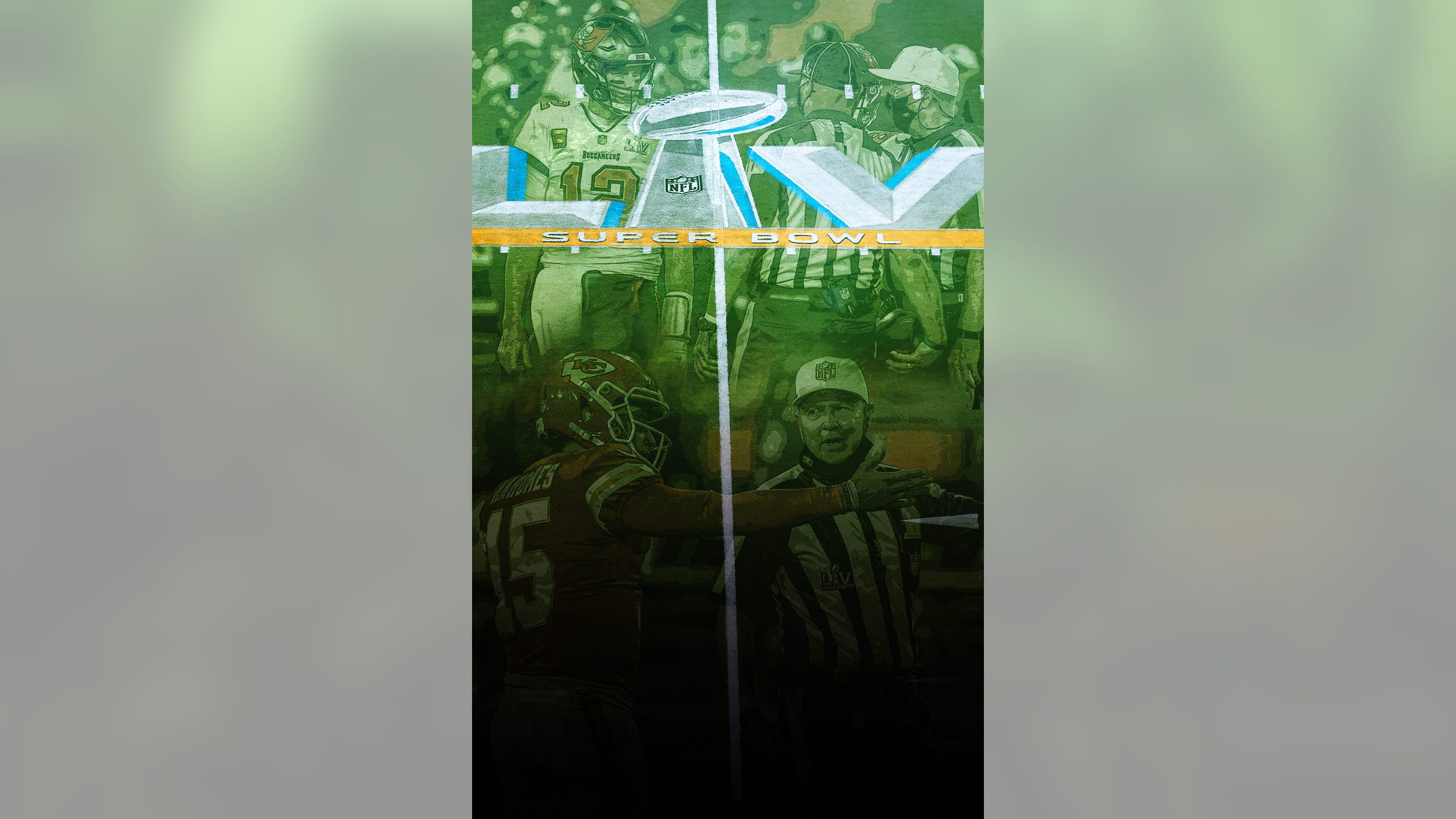 Super Bowl LV officiating draws fans and pundits' ire, but is it warranted?

Aside from the coin toss, fans aren't necessarily tuning in to the Super Bowl for the officials.

After five hard-fought months for the Tampa Bay Buccaneers and Kansas City Chiefs, the last thing an officiating crew wants to do is overly involve itself in the Super Bowl proceedings.

Unfortunately, whether warranted or not, the Super Bowl LV crew became a major storyline in Tampa Bay's 31-9 win against Kansas City ⁠— particularly in the first half.

The Chiefs were flagged eight times for 95 yards in the first 30 minutes, including a costly defensive holding penalty that negated a Tyrann Mathieu interception of Tom Brady.

The Buccaneers went on to make the most of their extra life on the drive, as Brady found Rob Gronkowski to put a touchdown on the board.

On the subsequent possession for the Buccaneers, the Chiefs were flagged twice for defensive pass interference on Brady & Co.'s final touchdown drive of the half, which bumped the lead to 21-6.

By halftime, a swath of former players and pundits had voiced their displeasure with the way the game was being called.

The memes started flying, too ...

... and you know it's serious when Mom ⁠— in this case, Patrick Mahomes' ⁠— joins in.

As mentioned, K.C. was flagged eight times for 95 yards in the first half, while the Bucs were penalized once for five yards. In the second half, the Chiefs and Bucs each picked up three fouls, for 25 yards and 34 yards, respectively. 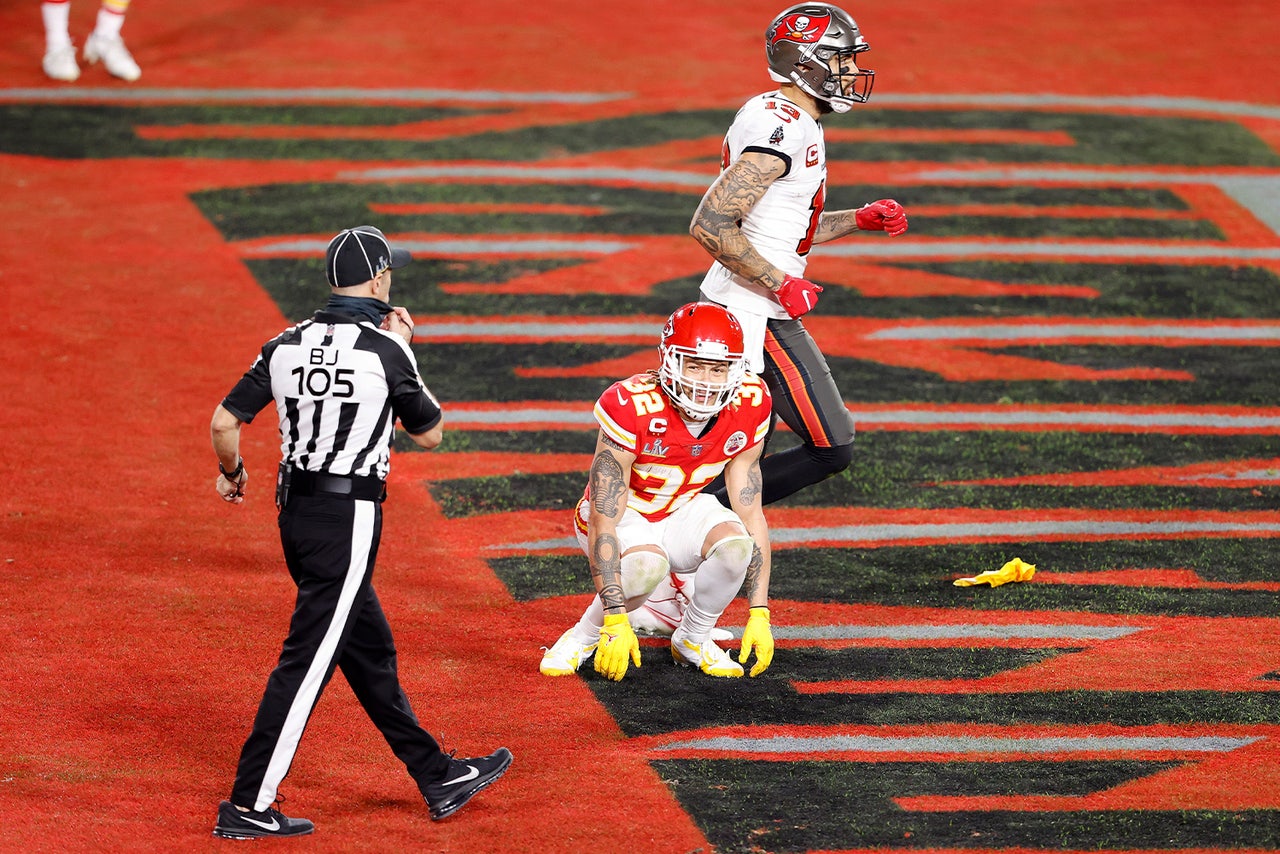 That disparity isn't what caught the attention of FOX Sports NFL rules experts Mike Pereira and Dean Blandino, however.

Instead, as the duo pointed out on "Last Call," the change of standard from half to half was more concerning.

Said Blandino: "My overall sense is the standard appeared to shift. ... The narrative all year has been, 'Hey, they're letting them play,' right? Fouls were down, significantly down, all year. ... And then as you get into the postseason, when fouls do tend to drop off a little bit when compared to the regular season, they were down even further. ... So whenever there are more flags, there's going to be more conversation. And you better hope that those fouls are there."

Pereira echoed those thoughts, saying he was asked why some ticky-tack fouls were called in the Super Bowl, ones that seemed to be overlooked during the conference championship games.

Then again, perhaps fans should've predicted a tighter game being called, given the track record of referee Carl Cheffers and his crew this season.

Even if the referees made an impact on the game, was it enough to overshadow what was widely considered a dominant Buccaneers performance?

Tampa Bay's defense kept coming after Mahomes and a patchwork Chiefs offensive line, holding the phenom QB out of the end zone for the entirety of the game.

As the day wore on and in the days after, the game's deciding factor seemed to be less the officiating and more that point. Even the most ardent Chiefs fan, Nick Wright, conceded as much, along with other prominent analysts.

While some fans might be disavowing the NFL after a perceived injustice at the hands of the officials in the Super Bowl, Colin Cowherd threw cold water on that idea.

Whether or not the officials played a role, the Bucs are officially Super Bowl champs – and there's no taking that away.