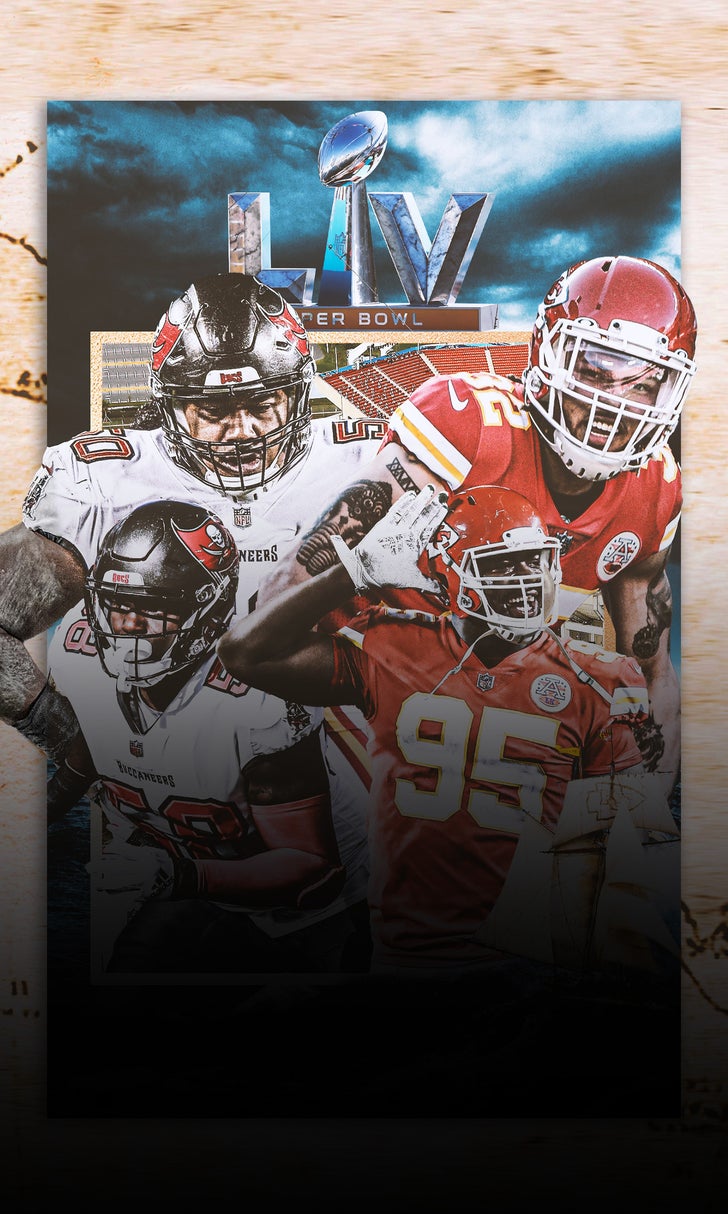 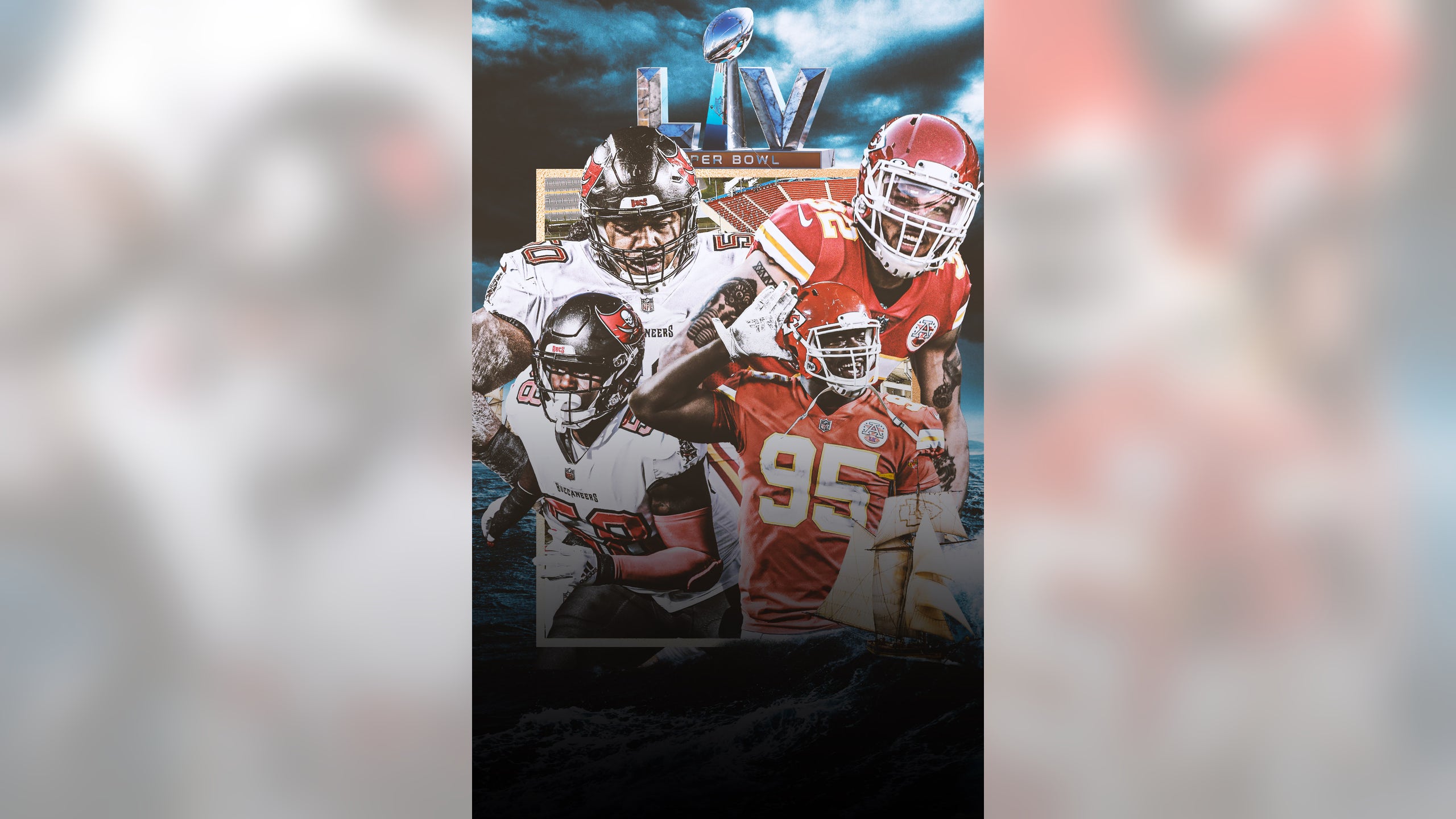 The NFL's two best teams will duke it out for the right to be crowned Super Bowl champion of the 2020 season on Sunday.

While the coaching matchup between Andy Reid's Kansas City Chiefs and Bruce Arians' Tampa Bay Buccaneers has plenty of juice, it's the guys between the painted lines who really move the needle.

Which players could be the biggest difference-makers on Super Bowl Sunday? Colin Cowherd broke out his measuring stick and laid out his list of impact players heading into the showdown.

Take a look at his list, along with his commentary, pertinent statistics from this year and each player's Super Bowl MVP odds, via FOX Bet.

Cowherd's thoughts: "Barrett is what everybody is trying to get in the draft."

Cowherd's thoughts: "David is essentially a tackle machine. ... His number will be called as much as anybody's number playing defense Sunday."

Cowherd's thoughts: "Jones is just very hard to singularly block. ... You saw it in Buffalo – they just struggled to block him."

Cowherd's thoughts: "The only player that I can think of in my lifetime that is as instinctive – literally is always around the ball – as Ed Reed for the Ravens. ... Mathieu is just a great football player."

Cowherd's thoughts: "Only player in NFL history ... to have 1,000-plus receiving yards in each of his first seven seasons. ... Evans looks like an NBA guy out there. He's just a problem."

Cowherd's thoughts: "Fastest player in the league, you have to bracket him. ... And if he gets rolling on the outside, Hill makes corners look slow."

Cowherd's thoughts: "I think he's the best tight end, potentially, in five or six more years, we've ever seen. ... Kelce is the toughest matchup in the NFL."

Cowherd's thoughts: "Let's just stop the nonsense. You didn't think he was going to be here. ... Since Week 14, Brady is absolutely on fire."

Cowherd's thoughts: "Mahomes has the best winning percentage — 83% — of any quarterback in the Super Bowl era. So he would be the best player in this game."

To see Nos. 15 through 11 and hear Cowherd's full breakdown, check out the video below!