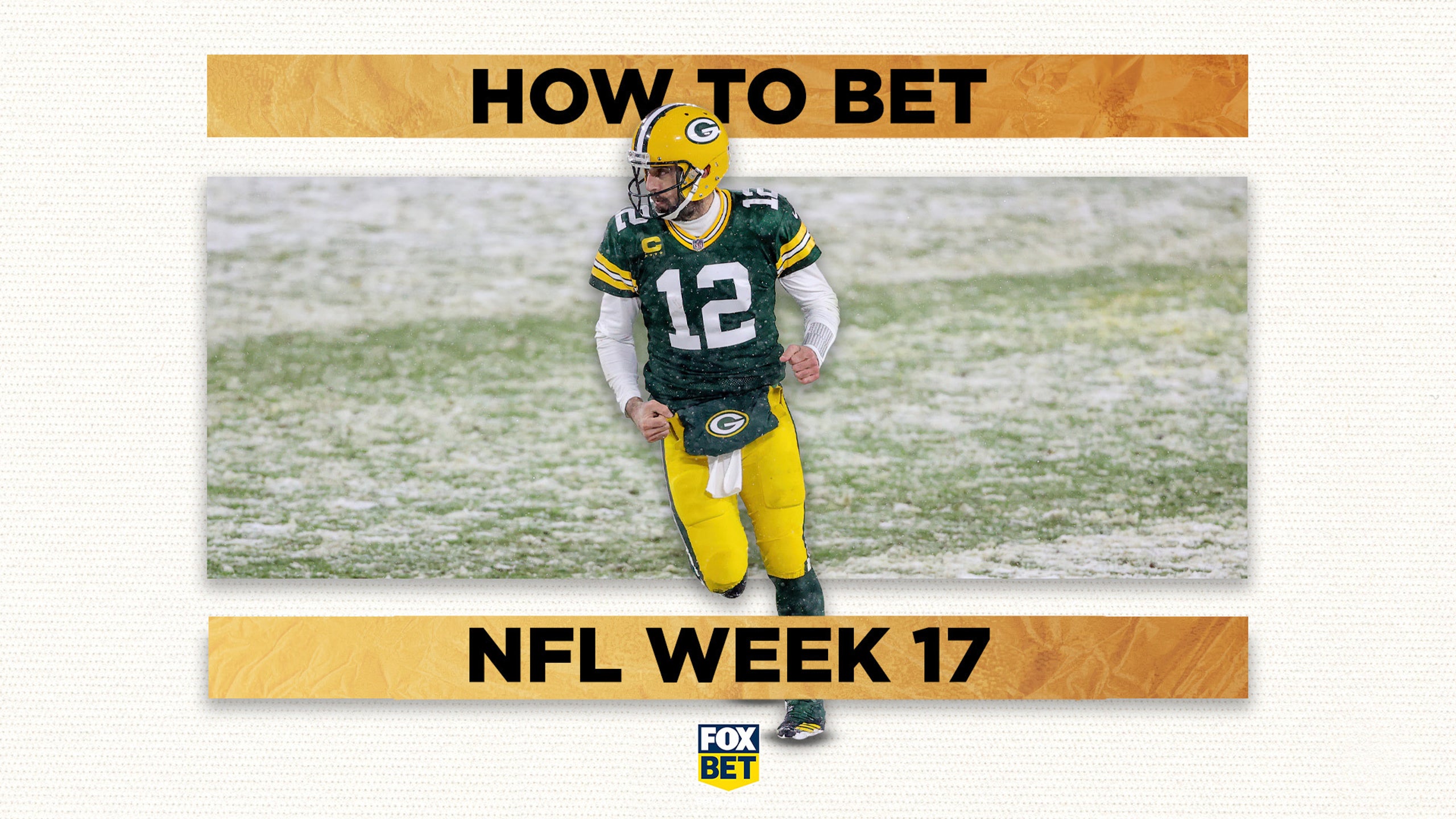 Are you the type of person who believes in New Year’s resolutions? Well, I definitely am – I know this doesn't sound like it relates to gambling, but just stick with me here.

Self improvement isn’t just saying you want to do something, but writing it down and holding yourself accountable. For the second time in three years, I came out of the gate blazing hot on NFL picks, but around November, I cooled off considerably.

I spent a portion of the holiday break analyzing my mistakes, and it was a painful – but necessary – experience.

At the start of seasons, I am a highly successful sports gambler. I’ve done my homework and offseason research, and my early picks are spot on. However, markets tend toward efficiency, and I've learned my biggest flaw is that I haven’t adjusted with the market.

That has been my downfall.

I’ve now spoken it out loud, and thus, I cannot let this happen again in 2021. Let’s dip our toes in the gross, treacherous waters of Week 17 (with all odds via FOX Bet).

Don't be fooled, this pick isn’t about Alvin Kamara and the Saints’ Covid-ravaged running back situation. New Orleans could give Taysom Hill 15 carries, and throw in a few practice squad guys for 10-15 more, and run rampant on the Panthers defense.

File this nugget away: Matt Rhule is going to be a bet-on coach in the NFL for the foreseeable future. THE PICK: Panthers +6.5

Since Mitchell Trubisky took over five games ago, the Bears have become an over team (4-1). It's true, all of those games came against bad defenses, but that continues this week against the Packers, who are only 15th in defensive efficiency.

Green Bay is playing for home field advantage in the playoffs, where the franchise hasn’t lost since 2014. Even without All-Pro LT David Bakhtiari, who suffered a season-ending injury (knee), the Packers should move the ball with ease against a Bears defense missing two starters in the secondary.

Aaron Rodgers has 44 touchdown passes and is the MVP-favorite. He’d love nothing more than to win his 3rd MVP while knocking Chicago out of the playoffs. THE PICK: Over 50.5 points

Everyone knows it’s a futile effort to try to win an argument with an internet troll. There’s nothing to gain, it’s a colossal waste of time, and no matter all the facts and logic you provide, it doesn’t resonate with the troll. Here we are, and nothing I’m about to say is going to make sense, but it’s a bet you have to make.

The Rams are without one of their best wide receivers (Cooper Kupp), their top two running backs, and their franchise QB. They’re starting someone named John Wolford, who has never thrown a regular season NFL pass.

But give me Sean McVay (7-0 vs. Arizona) with a QB that nobody has tape on. This line opened Rams -4.5 and the injuries/Covid have moved the line an entire touchdown.

I have been bullish on Arizona all year, but the offense has hit rock bottom, and if Jalen Ramsey erases DeAndre Hopkins – again – I don’t know how the Cardinals score enough to win and get in the playoffs. THE PICK: Rams +3

This is the riskiest play I’m making this weekend because it’s a.) a divisional rematch where the favorite won and covered last time, b.) a team with nothing to play for versus a team that has an outside shot at the No. 1 seed, and c.) a fact that Pete Carroll hasn’t won a Week 17 game convincingly in five years.

I just can’t get over this 49ers injury report. Their defensive star from the upset over Arizona last week, K’Waun Williams, is out. As are their two best receivers (Brandon Aiyuk, Deebo Samuel), top offensive lineman (Trent Williams), along with defensive starters Dre Greenlaw, Javon Kinlaw, and Richard Sherman.

Did defensive coordinator Robert Saleh spend more time this week preparing for job interviews and building a coaching staff for next year (Detroit, anyone?) or on the Seahawks, a team that has topped 21 points in each of its last six meetings with the 49ers?

Oh, and San Francisco had to bring in a new long snapper and field goal kicker, too. THE PICK: Seattle -7

Tennessee Titans -7 to -1 at Houston Texans

The Seahawks angle is mentioned above.

The Titans were also a tricky handicap this week. That game boils down to this: Is DeShaun Watson playing or not? I expect it to surge from 7.5 to probably 11.5 or higher if he’s ruled out and AJ McCarron is in. That being said, the Titans can’t pressure the QB (one sack in the last four games), and McCarron could be dealing from a clean pocket.

There’s also a scenario where the Titans try to get Derrick Henry 223 yards, so he hits the 2,000 mark this season. Or the opposite is true –Tennessee jumps to a 24-0 lead and pulls its starters for the second half since they’re locked into the playoffs.

Teasing through the key numbers of 7 and 3 are essential, so give me the Titans to simply win.

Brady vs. Mahomes: A Clash Of Titans
Patrick Mahomes is set to take on Tom Brady in a Super Bowl matchup that’s as juicy as it gets in both star power and context.
3 hours ago

The Scenic Route
Is taking the Buccaneers from the wild card to the Super Bowl the greatest accomplishment of Tom Brady's career?
6 hours ago

Catching K.C.
After the Chiefs' offensive explosion against the Bills, pundits are left wondering if Kansas City is the next NFL dynasty.
9 hours ago

Breaking Down The Early Super Bowl Odds
Where did the point spread open? How has it moved? And where is the early value? Jason McIntyre explains what you need to know.
12 hours ago

Packing His Bags?
Aaron Rodgers left his Green Bay future up in the air following another loss in the NFC title game. What's his angle?
12 hours ago
those were the latest stories
Want to see more?
View All Stories
Fox Sports™ and © 2021 Fox Media LLC and Fox Sports Interactive Media, LLC. All rights reserved. Use of this website (including any and all parts and components) constitutes your acceptance of these Terms of Use and Updated Privacy Policy. Advertising Choices. Do Not Sell my Personal Info